Imagine Beauty and the Beast’s Belle in yellow thigh-high boots covered in black lace, or Aladdin‘s Jasmine in a midriff-baring corset paired with a golden tulle skirt.

Those are two of the modern concepts suggested by 10 design students at New York’s Fashion Institute of Technology, which partnered with Disney on Broadway to produce contemporary looks for some of the Mouse House’s best-known female characters. On Tuesday afternoon the exhibition of winning designs previewed for students, faculty and Disney on Broadway stars, including Adrienne Walker, who plays Nala in The Lion King at the Minskoff Theatre, and her co-star, Tshidi Manye, who plays Rafiki. The exhibition is open to the public through October 13 at FIT’s Art and Design Gallery.

'Lord of the Rings,' 'The Hobbit' Movie, Games and Other Rights Holder Sold to Swedish Gaming Company Embracer 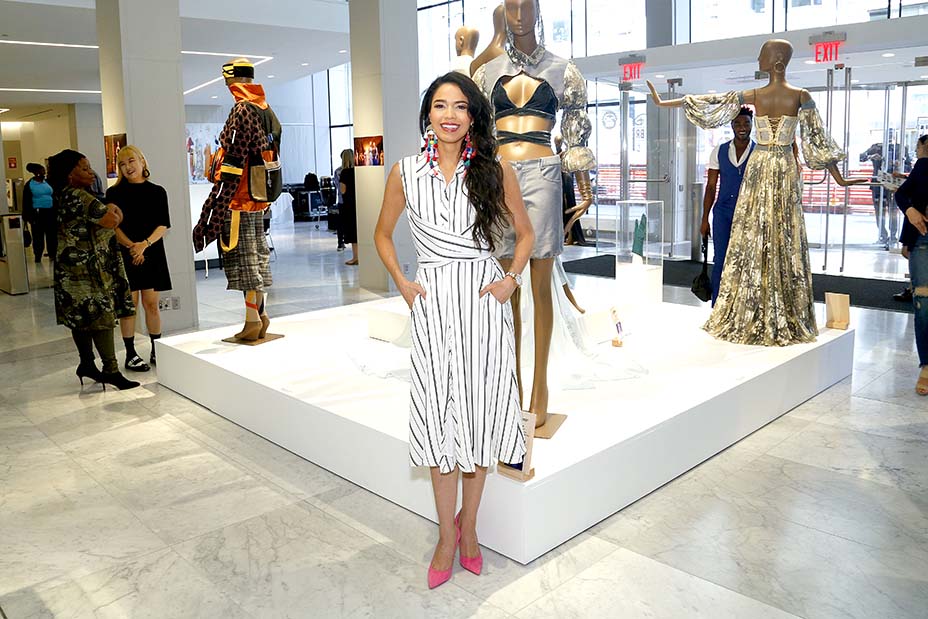 Roughly 100 students applied to participate when the competition was announced in March, with 10 students ultimately selected by a committee comprised of FIT faculty and Disney on Broadway execs. “The challenge was to take the DNA of the characters and make something that’s modern and contemporary, something that almost could be worn out in the world in 2019 and not be a period costume,” said Jerry Dellova, an FIT professor who also oversees student contests. “We put 10 talented, articulate young designers in one room together for three months. I expected drama, jealous and catfights, and it was the complete opposite. Everyone bonded and formed a family — if one person didn’t know how to cut a fabric, another showed them, for example. It proved that not only do we breed talent, we also breed professionalism and ways to function in the industry. I’m most proud of that.” 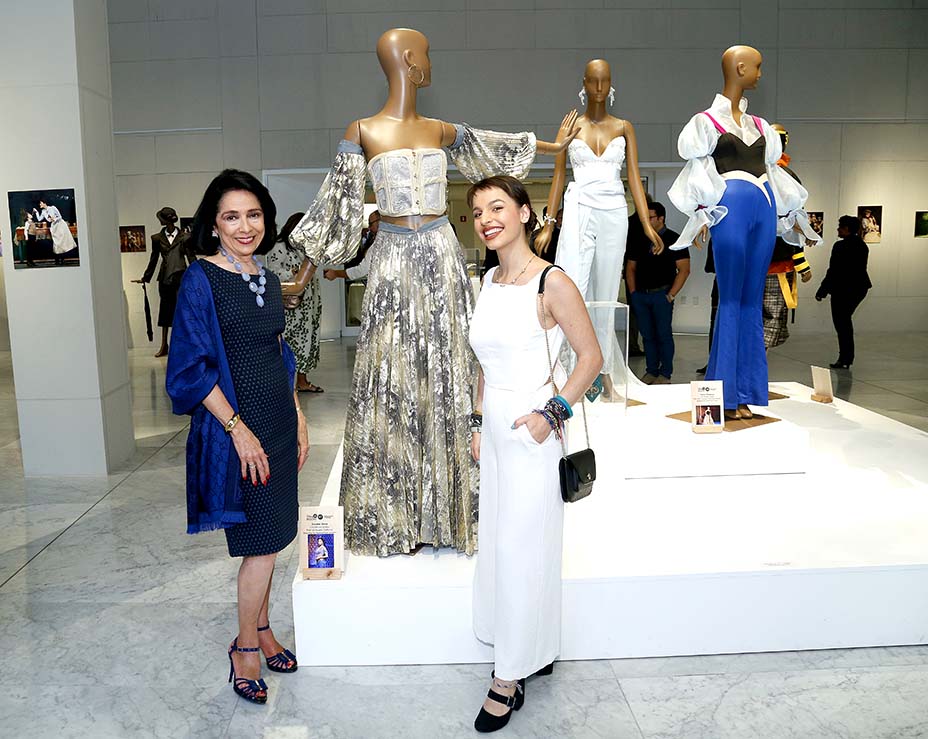 The “Disney on Broadway x FIT” exhibition is the latest in a series of events as the studio’s theatrical production arm celebrates its 25th anniversary throughout 2019 (Beauty and the Beast premiered at New York’s Palace Theatre on April 19, 1994, and has been followed by The Lion King, Frozen, The Little Mermaid and other musicals under the Disney Theatrical Productions umbrella). “We were brainstorming in our office at the New Amsterdam Theatre, not too far from here, and we thought it would be great to see how design students would interpret Disney princesses for today,” explained Michael Cohen, director of worldwide publicity and communications for Disney Theatrical Productions. “We painstakingly went through the process of selecting 10 students, who all happen to be women, though that also seems really fitting, because they’re interpreting all these very strong female Disney characters. Our actresses also worked with them every step of the way, and it’s been astonishing to witness their vision. The students really kept to the integrity of the essence of each character, but they brought something unique and contemporary and new to each one.” 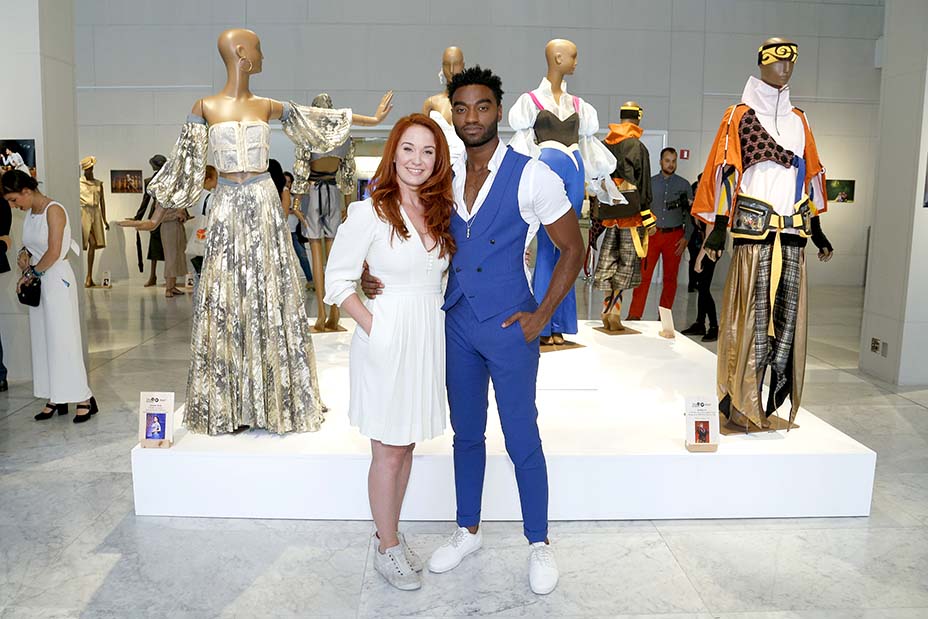 Students indeed were encouraged to use their imaginations in their designs, with one caveat: Their updated looks couldn’t resemble any costumes seen in either Disney animated films or Disney on Broadway productions. That’s how Boaqing Yu, a second-year design student from China, created an evening gown inspired by ocean waves for The Little Mermaid’s Ariel, while design student Annette Stone created a shimmering look for Aladdin’s Jasmine, crafted of a midriff-baring corset, billowing sleeves and a gold skirt featuring multiple layers of tulle woven with metallic gold thread. “It’s very different from what I get to wear onstage; it’s glamorous, yet it feels totally reimagined and unique,” noted Arielle Jacobs, who has played Jasmine in Aladdin at the New Amsterdam Theatre for the past 18 months. “Annette really considered what the character goes through: The corset represents how trapped she feels in the beginning, while the flowing skirt is all about her freedom later on. The costume represents the entirety of her journey, and you don’t see that in many designs.” 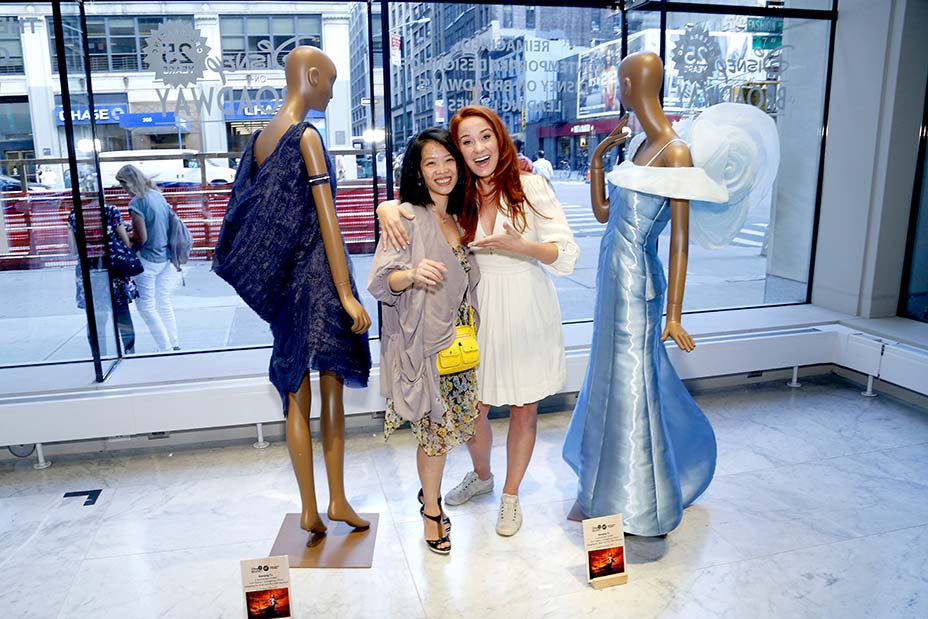 In addition to a stipend awarded to each of the 10 students, they also enjoyed valuable exposure, including a video showcasing the design process, posted on Good Morning America’s site, and an appearance on Strahan, Sara and Keke. “We are so appreciative of the voice that Disney has given us, spreading our designs around the world — at this point, it’s global,” Stone said on Tuesday afternoon.

Finally, Cohen mentioned that one anniversary event remains: “Celebrating 25 Magical Years of Disney on Broadway,” a two-hour concert and fundraiser for Broadway Cares/Equity Fights AIDS, set for November 4 at the New Amsterdam Theatre. “We’re bringing back Disney on Broadway alumni alongside current cast stars and Broadway stars who have never done a Disney show before, all to sing from our Disney on Broadway catalog,” Cohen said, adding that the lineup for the show will be announced Thursday.

Tickets for that event are available at broadwaycares.org.