Continue to The Hollywood Reporter SKIP AD
You will be redirected back to your article in seconds
Skip to main content
February 3, 2017 3:48pm

The trends have been easy to spot at the fall/winter 2017 collections presented on the runways in New York this week, and the good news is that one or more is sure to suit any style or budget. From the shows that ended Thursday, here’s a roundup of how you should be stocking your closet for fall: 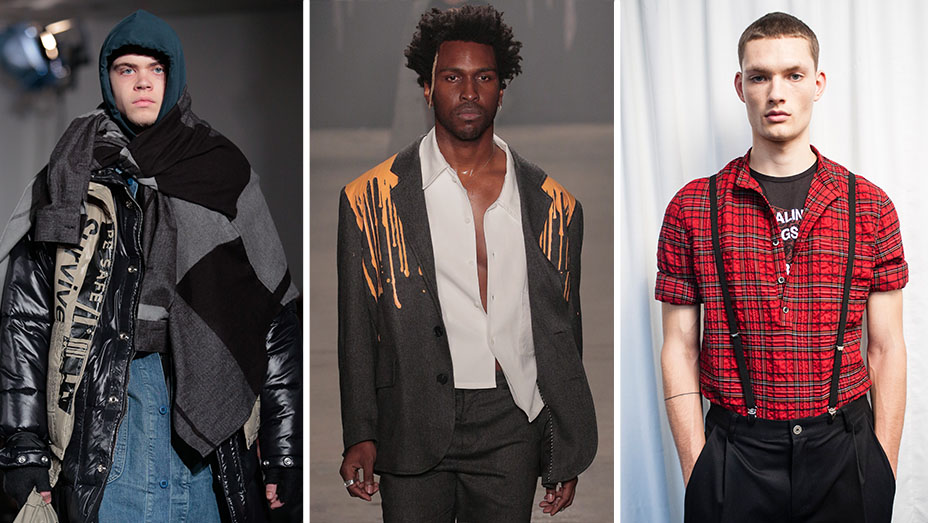 Smart punk: Designers are obsessed with punk this season, though given the current political climate, it only makes sense that a contrarian, in-your-face attitude would resonate now. That said, there are ways to execute this well, but others? Not so much. Case in point: N.Hoolywood’s show on Wednesday morning drew criticism for threading its punk theme through the idea of homeless youth, featuring models who shuffled down the runway, heavily layered and carrying plastic bags. It was a case of a well-intentioned idea gone bad. N.Hoolywood designer Daisuke Obana said he was inspired by the men he sees in various global cities in his travels — but yikes, the effect was truly unfortunate, because this Japanese label (mentioned in the past by Karl Lagerfeld as a favorite) traditionally has excelled with artful, thoughtful presentations.

Rochambeau and Matiere were among the labels with punk-tinged offerings that didn’t spark social-media outcry (though it must be said, controversy is the very essence of punk). Matiere looked to the birthplace of punk, London, for its inspiration, sending out tartan slim shirts and jackets that mixed with high-waisted cropped pants. 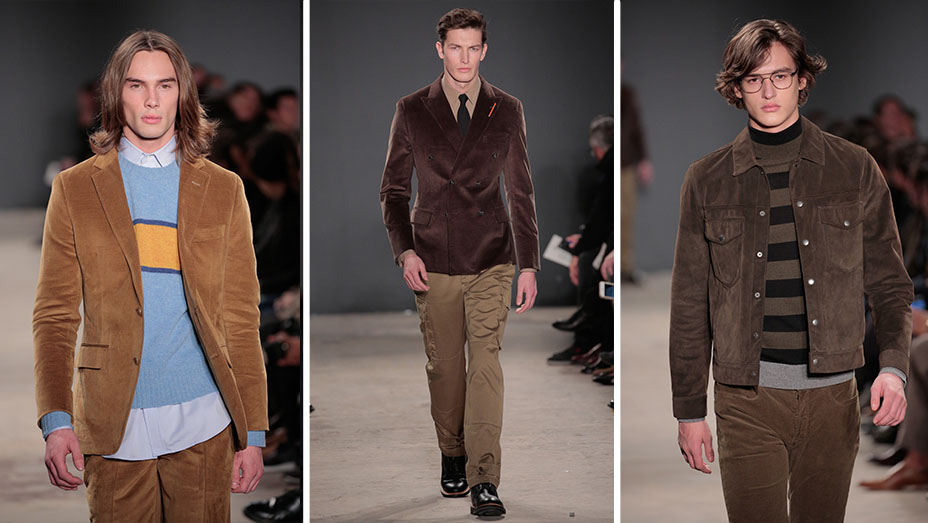 Corduroy: This is the fabric of the fall season, but it is not the corduroy of your youth. Decidedly soft and pliable, corduroy was fashioned into sophisticated pieces in almost every collection. Todd Snyder’s corduroy suits were crafted in a soft chestnut that paired nicely with striped cashmere sweaters in pale blue. And on the ice rink at the Standard Hotel, Samuelsohn president and chief creative officer Arnold Brant Silverstone hosted a fun presentation in which the models — headlined by Canadian figure skater Eric Radford — proved that if you could skate in tailored suitings crafted of wool flannel, cashmere blends or a velvet baby corduroy, chances are you could do just about anything. 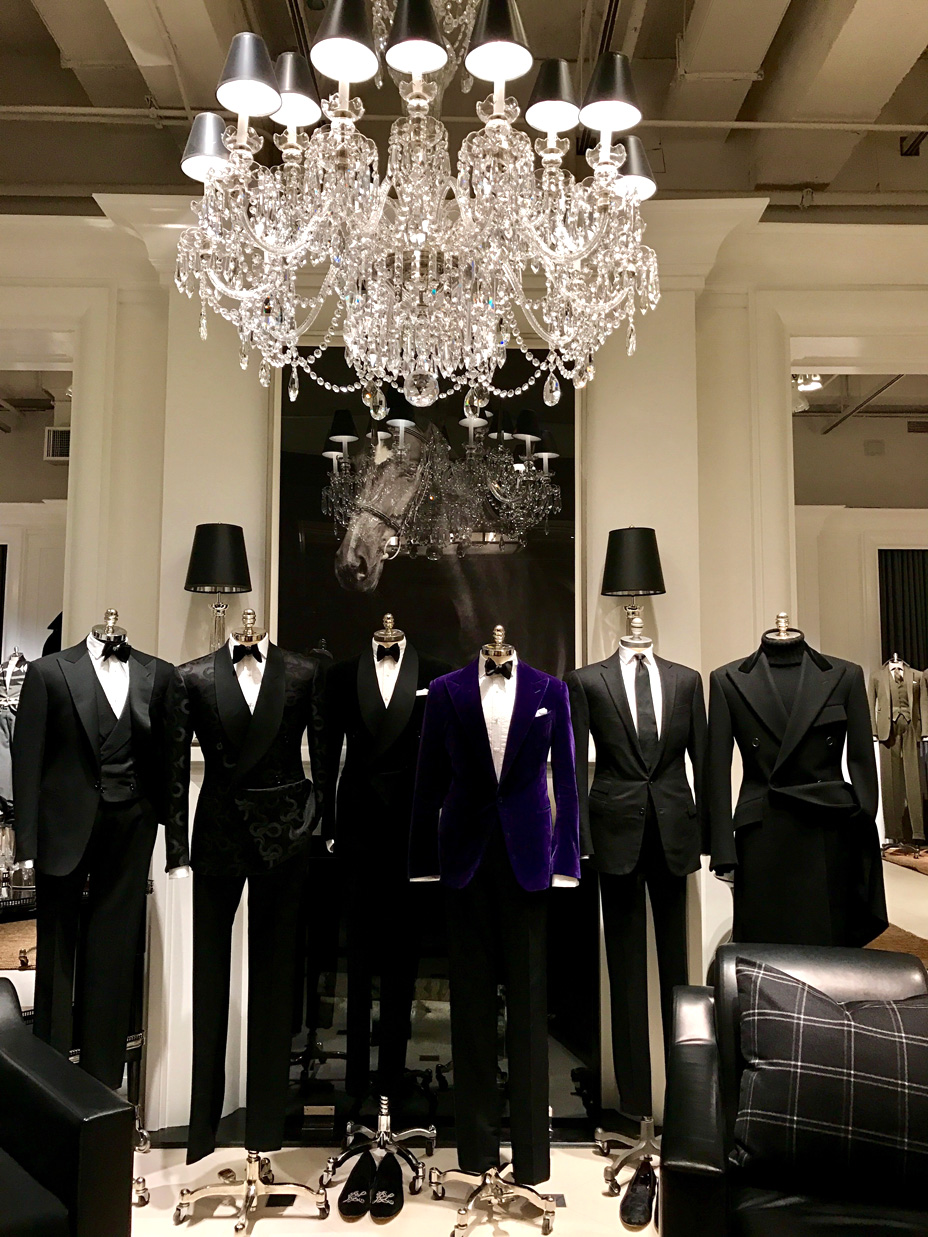 Imaginative Evening: Ralph Lauren offered a variety of luxe corduroy pieces at Wednesday’s presentation of his Purple Label collection at his Madison Avenue headquarters. The showing was divided into six groups, from classic tailoring to more casual, athletic-influenced “weekend wear,” to sportier looks inspired by the global traveler. The idea was to show how Purple Label, the most elevated of Ralph Lauren’s men’s collections, can bring its sophisticated sensibilities and craftsmanship into even the most casual designs. While that idea made for a wonderfully diverse showing, it’s notable that the evening group was displayed front and center. And for good reason: Tuxes always seem next-level at Ralph Lauren.

A double-breasted evening suit was crafted in matte-black corduroy, a great textural contrast with wide satin lapels. Black silk jacquards, meanwhile, in snake, cowboy or Southwestern shadow prints were subtle enough to redefine the evening jacket without veering into kitschy territory, even when paired with inky-black denim jeans. While velvet has been a news maker on red carpets this season — and Lauren’s latest take on the purple velvet tux always found in Purple Label is indeed a stunner — it would be great to glimpse Lauren’s corduroy or jacquard looks at the Grammys or Oscars later this month. 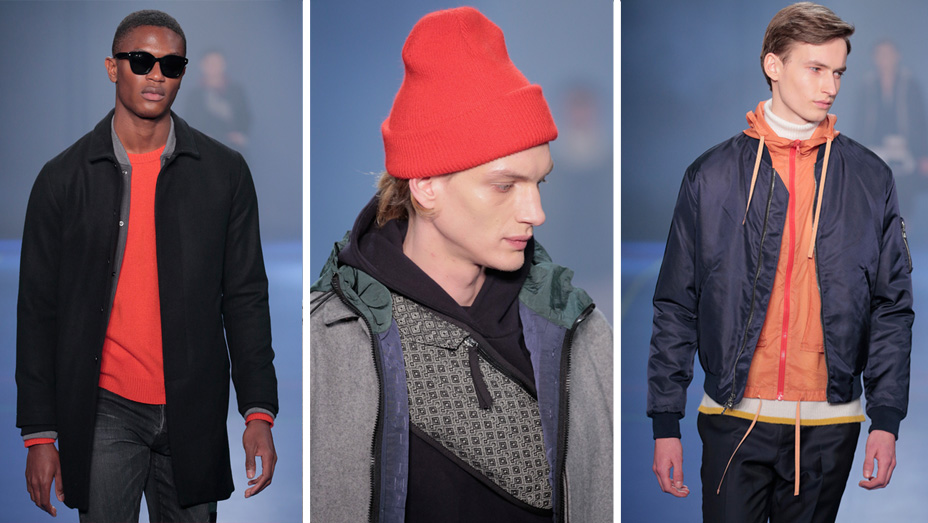 Bright Accents: Men’s palettes overwhelmingly have been dark and somber this season — dominated by black, deep navy and charcoal gray — so bright moments unquestionably stood out on runways. And that’s precisely how designers would like men to interpret the trend, by injecting a shock of color into an otherwise-sober look. John Elliott struck a nice balance between casual and tailored in his 10th anniversary presentation on Wednesday: The show was heavy on athletic-driven sportswear — it’s no accident that the runway was painted to resemble a basketball court — but Elliott’s sleek tailored pieces stood out all the more when brilliant orange or yellow knits revealed themselves beneath jackets. 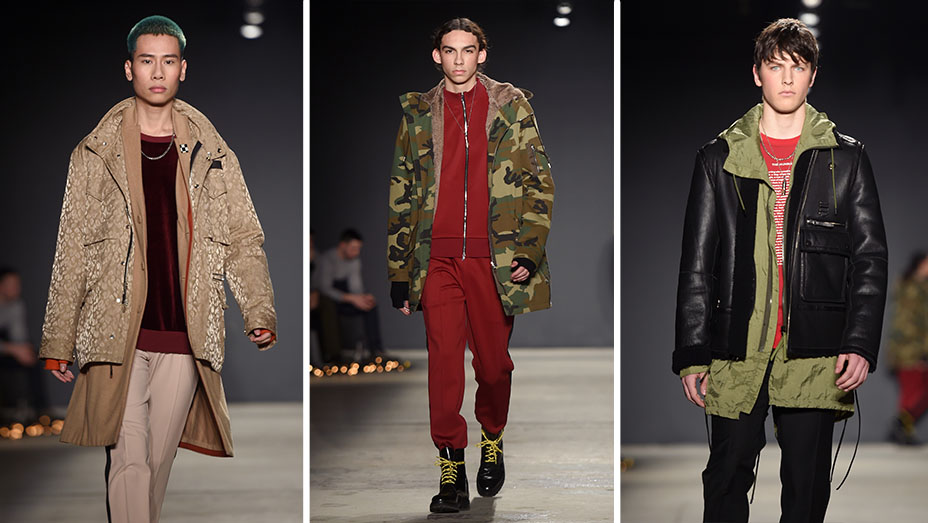 Military: The camo prints that dominated many runways weren’t the only military influence to wend its way through the fall collections. Multi-paneled utility pants were paired with tailored jackets to add a casual edge, while outerwear choices were likewise imbued with military details. At Loris Diran on Thursday morning, a military field jacket with Mandarin collar was inspired by Diran’s travels to China and India, while at Ovadia & Sons, camo prints were mixed with bomber jackets in leather, satin or velvet. But if you’re seeking the ultimate bomber jacket, look no further than Nick Graham, who sent out a silver metallic version on the coolest model of the New York men’s shows: astronaut Buzz Aldrin. 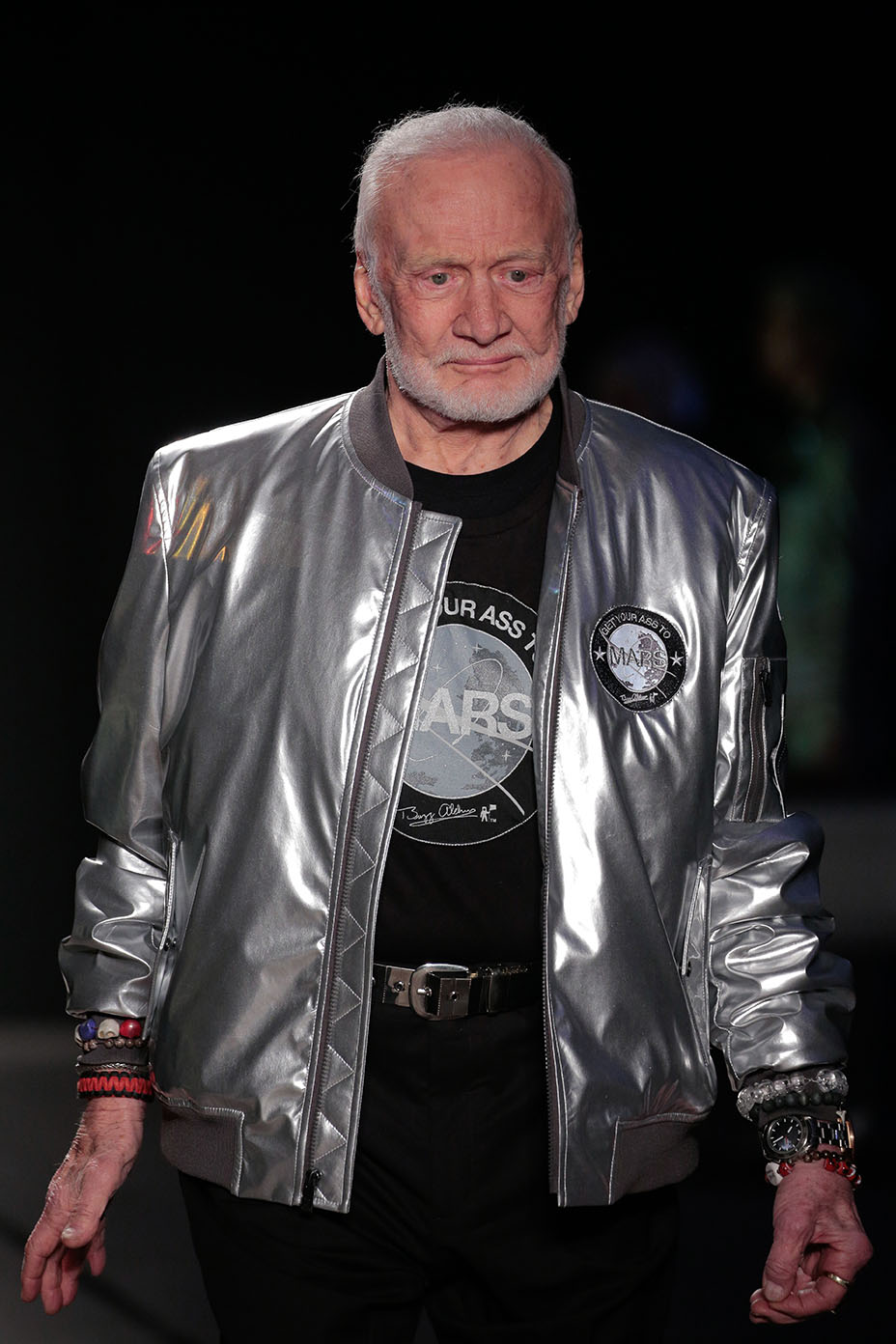