Brian Kelley, one half of the mega-successful country duo Florida Georgia Line (their hits Cruise, H.O.L.Y and This Is How We Roll have all landed near the top of Billboard’s Hot 100 Chart) and his wife Brittney brought their clothing line Tribe Kelley to Ron Robinson this week, where they showed off new styles from their Spring/Summer 17 collection and mingled with shoppers and media. 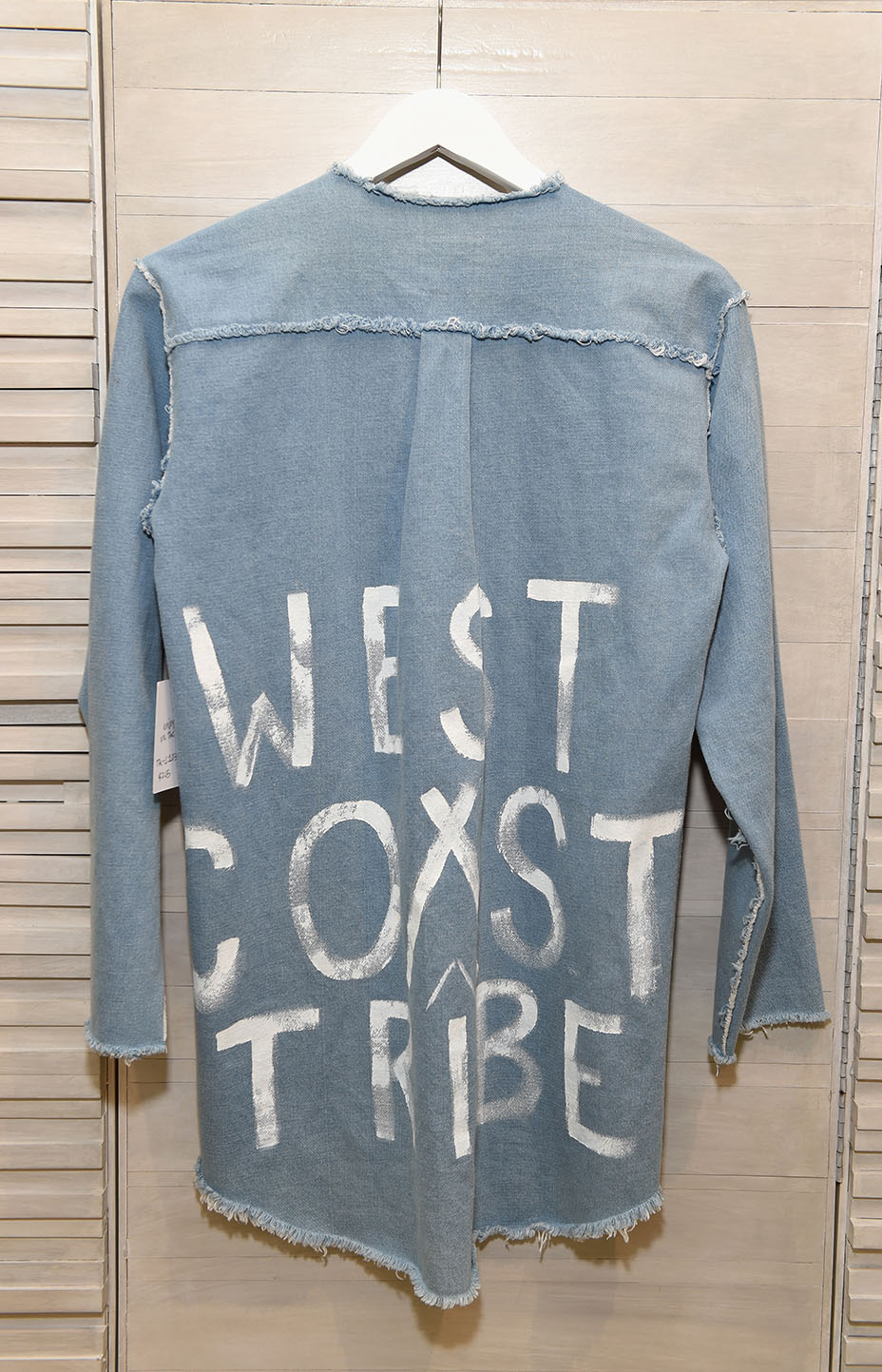 The line, which has a Yeezy-meets-country vibe, is made up of oversized pieces for him and her, neutral colors, purposeful distressing and, of course, some camo. “We grew up hunting in Florida and Georgia and you see tons of camo everywhere, so we wanted to do our own take on it,” explains Brian. Inspired partially by their life on the road, the husband-and-wife team describe their Southern style-influenced pieces as “transitional and fluid” and say they started designing clothing and accessories out of necessity.

Florida Georgia Line Cancels Tour Due to COVID-19 Concerns: "Safety Has Been Weighing Heavy on Us"

Justin Timberlake and Levi's Get 'Fresh' With New Collab

After tying the knot in 2013, Brittney joined the band on tour and began helping her husband create unique stage looks. “We caught ourselves altering his clothes, cutting his sleeves off; since he is onstage all the time you are constantly making something new,” says Brittney, who paid her bills in college by designing and selling clothes on Etsy. Continues Brittney: “We were getting so many compliments on the looks that it gave us the confidence to move forward with creating multiple pieces of whatever we made.” Together, they launched Tribe Kelley’s online store and a pop-up shop in Nashville in late 2014.

“I’ve always been a big dreamer, even at 16 I considered myself and entrepreneur,” Brian says when asked whether it’s surprising he is adding clothing designer to his resume. “I have always loved clothes. When my parents first gave me an allowance I went right to the mall and knew exactly what I wanted — I bought two pair of Tommy Hilfiger shorts.”

No doubt, a big moment for the brand happened recently when Lil Wayne stepped out in head-to-toe Tribe Kelley for his performance at the Billboard Music Awards on May 21. “I grew up listening to Lil Wayne. I am from Atlanta, Georgia, so Lil Wayne [wearing Tribe Kelley] is a full-circle moment for me.” Brittney says.

An unlikely inspiration behind the clothing line? Ralph Lauren. “It may be random, but I like the versatility of his brand and I think it’s cool to have mass appeal,” Brian says. He adds, “If that many people like your stuff and it’s good energy, then I feel like you are fulfilling what you are supposed to be doing, so that’s the goal for us.” Jokes Brittney: “Lil Wayne and Ralph Lauren. How about that!”

To shop all of the clothes, which range from $60-$240, head to their site, where you can also shop hats, shoes and trinkets by the brand.