If there’s one thing the Trumps can list among their strengths, it’s branding.

During last year’s presidential campaign, Donald Trump transformed his four-word slogan into must-have MAGA merch for his supporters, and the famed red baseball caps are now sold in the White House gift shop as a souvenir to commemorate the, um, historic, administration.

Now, First Lady Melania Trump is throwing her hat in the branding game. After facing flak from Twitter critics for wearing stilettos while boarding Air Force One on the way from D.C. to Texas on Tuesday, where she and the president were debriefed on the catastrophic damage caused by Hurricane Harvey in Houston and the surrounding areas, Melania deplaned in a white button-down, Adidas Stan Smith sneakers and a black baseball cap reading, “FLOTUS.”

Always game to pounce on a new First Lady fashion, Twitter folks were quick to take note of the bold-type cap. Unfortunately for those looking to cop some new Melania merch, the hat is not available on Donald Trump’s website (where you can find the blue and navy “U.S.A.” cap worn by the president yesterday for $40), nor is it for sale on the White House’s web store. Yet.

Of course, some entrepreneurial Etsy sellers have already begun to sell knockoff versions of the FLOTUS hat — which, with its black-and-white color scheme and Times New Roman font, isn’t hard to copy — for just $19. There are also similar styles that feature the word “SAVE” in red font above the “FLOTUS” moniker — so there’s a little something for everyone. 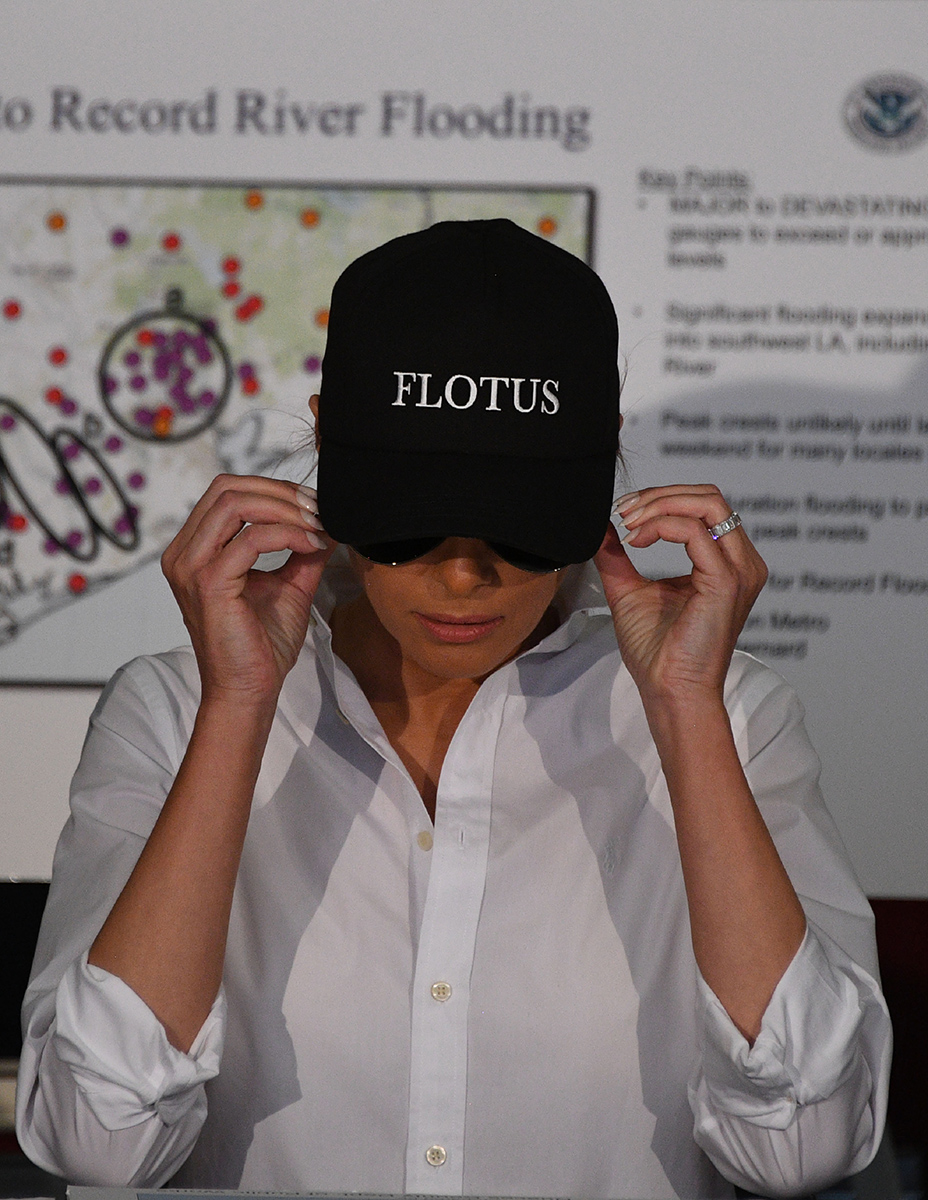