In one corner we have Floyd Mayweather Jr., a professional boxer who goes by nicknames “Pretty Boy” and “Money” and is wont to post Instagrams of stacks of cash and checks for $100 million dollars.

In the other, German-born fashion designer Philipp Plein, whose pastimes include throwing massive fashion show extravaganzas attended by Madonna and Tiffany Trump, and featuring performances by Fergie and Nas — and oh, his own blingy clothes dripping in gold and covered in dollar signs.

These flashy forces are not facing off, but rather coming together to create Mayweather’s look for this Saturday’s highly anticipated face-off between the champion and his Irish foe, Conor McGregor. Plein and Mayweather have worked together to create the 40-year-old’s trunks and robe for the ring, which will give fans a taste of their just-announced ongoing, multiyear collaboration.

When it comes to style, the word “subtle” has never entered the pair’s collective vocabulary, so we expect their collection, inspired by Mayweather’s 50th fight in his thus-far undefeated career, to be embellished, bedazzled and blinding, with themes like “money,” “cash” and “fame.” 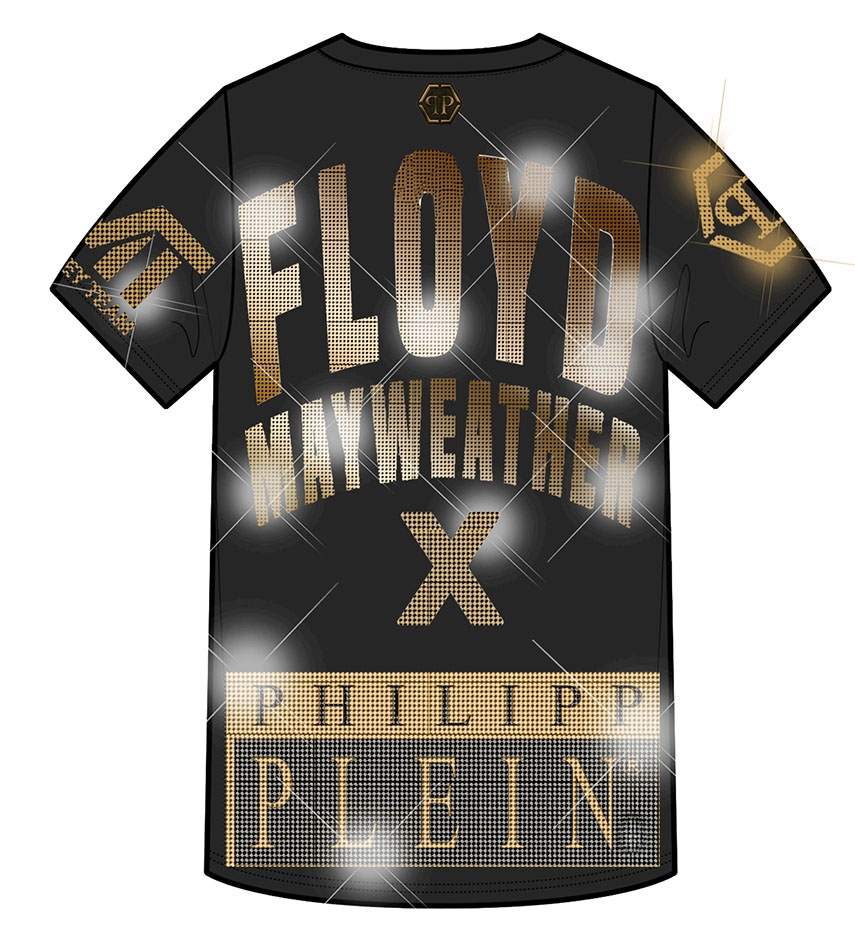 “I applaud Floyd’s winning spirit and have been intrigued by the idea of collaborating together since he joined me on the runway to present my spring/summer 2018 resort fashion show last May,” said Plein in a release. “His fashion sense and fearless attitude perfectly match the PHILIPP PLEIN mood and lifestyle.”

Added Mayweather, “I am happy to collaborate with Philipp Plein, he is unique in the fashion world. Like me he works and plays hard, lives the dream, and demands the best.”

Meanwhile, McGregor — a style icon himself, who was named to Sports Illustrated‘s 50 Most Fashionable of 2017 list thanks to his statement-making wardrobe — has a more familiar high-fashion label in his back pocket: Versace. The Irishman received a custom robe from Donatella Versace herself, which he showed off on Instagram. The Italian fashion house has been known to use its fair share of metallics and sparkles, so maybe bring your shades to this fight.