It was only after the internet had sufficient time to recover from their collective freak-out over first lady Michelle Obama’s shimmery, custom rose gold Versace gown at Tuesday evening’s state dinner in honor of Italian Prime Minister Matteo Renzi that social media users took notice of another fashion star in attendance — the elusive Frank Ocean.

The fashion-forward singer-songwriter, who made his return to the spotlight after a four-year hiatus when he dropped his third studio album, Blonde, in August of this year, arrived at 1600 Pennsylvania Ave. arm-in-arm with his mom, Katonya Breaux, looking dapper as ever in a navy suit. But the kicker, of course, were his black-and-white checkered slip-on Vans, which millennials will remember as the must-have skater-chic shoes of suburban youth.

Since their peak in high school hallways of the early aughts, the style has yet to become passé. The sneakers have been approved by fashion icons like Diane Kruger and Kristen Stewart (the latter of whom has been known to ditch her heels post-red-carpet events in favor of a worn-in pair of kicks) and streetwear kings Justin Bieber and Miguel. Even Kunal Nayyar’s character, Raj Koothrappali, on nerd-favorite sitcom The Big Bang Theory, is an avid checkered Vans supporter. Clearly, the style knows no sartorial bounds.

However, Ocean’s choice to wear them at one of the swankiest affairs east of the Mississippi — an event where fellow guests included the creme de la creme of eveningwear designers, Naeem Khan and Giorgio Armani — may have been a first for the White House. While most of his fans seemed to cheer for the 28-year-old’s sneaker choice, there were, as always, a few naysayers who felt they were inappropriate for the evening’s venue. 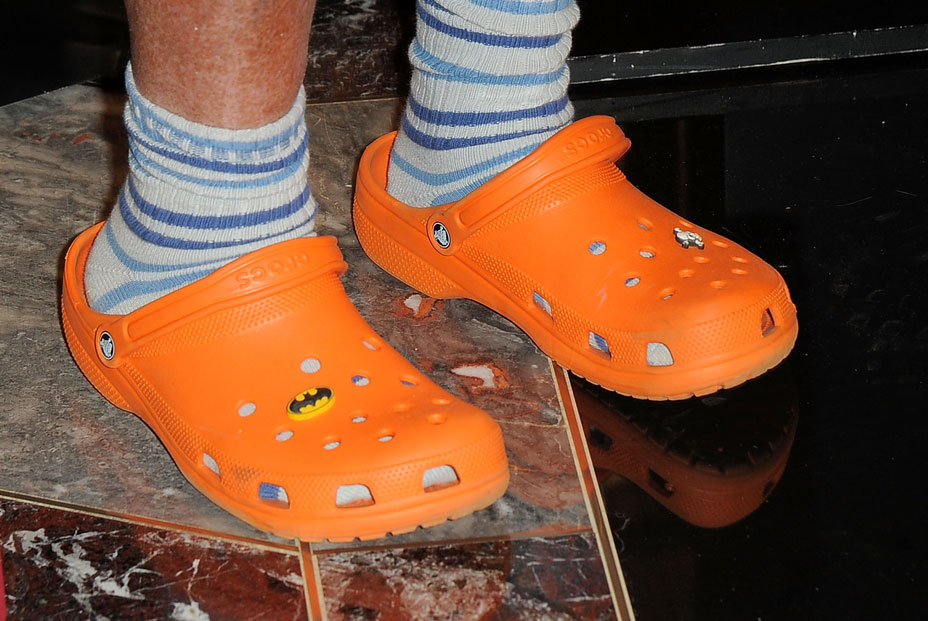 The Vans checker print, a trend which has far exceeded the typically brief lifespan of Hollywood fashions, has almost become this millennium’s leopard print, considered a goes-with-anything neutral. Vans has capitalized on the hype; the brand just launched a collaboration with Supreme on a checkered version of their classic high-top style.