Gherardo Felloni just might be the Tim Burton of shoes.

Hearing the creative director of luxury French footwear and accessories brand Roger Vivier describe his latest immersive showroom sounds like bringing a Burton film to life — and maybe that’s because the Tuscan-born designer is such a “big fan” of the director.

Much like how a filmmaker creates a fantasy world, Felloni has envisioned one of his own, dubbed “Hotel Vivier” and described as “an ode to women, in all their diversity and beauty.” The hotel concept showcases his first spring-summer 2019 collection for Roger Vivier, after the Miu Miu alum was appointed in March 2018.

Since presenting the debut collection in Paris in September, Felloni has taken Hotel Vivier on the road with stops in Sydney, Tokyo, Hong Kong and New York (customized to each city) before touching down in Los Angeles on Tuesday, when he unpacked the Hollywood-inspired, experiential hotel in a Versailles-style mansion in Bel Air for one night. 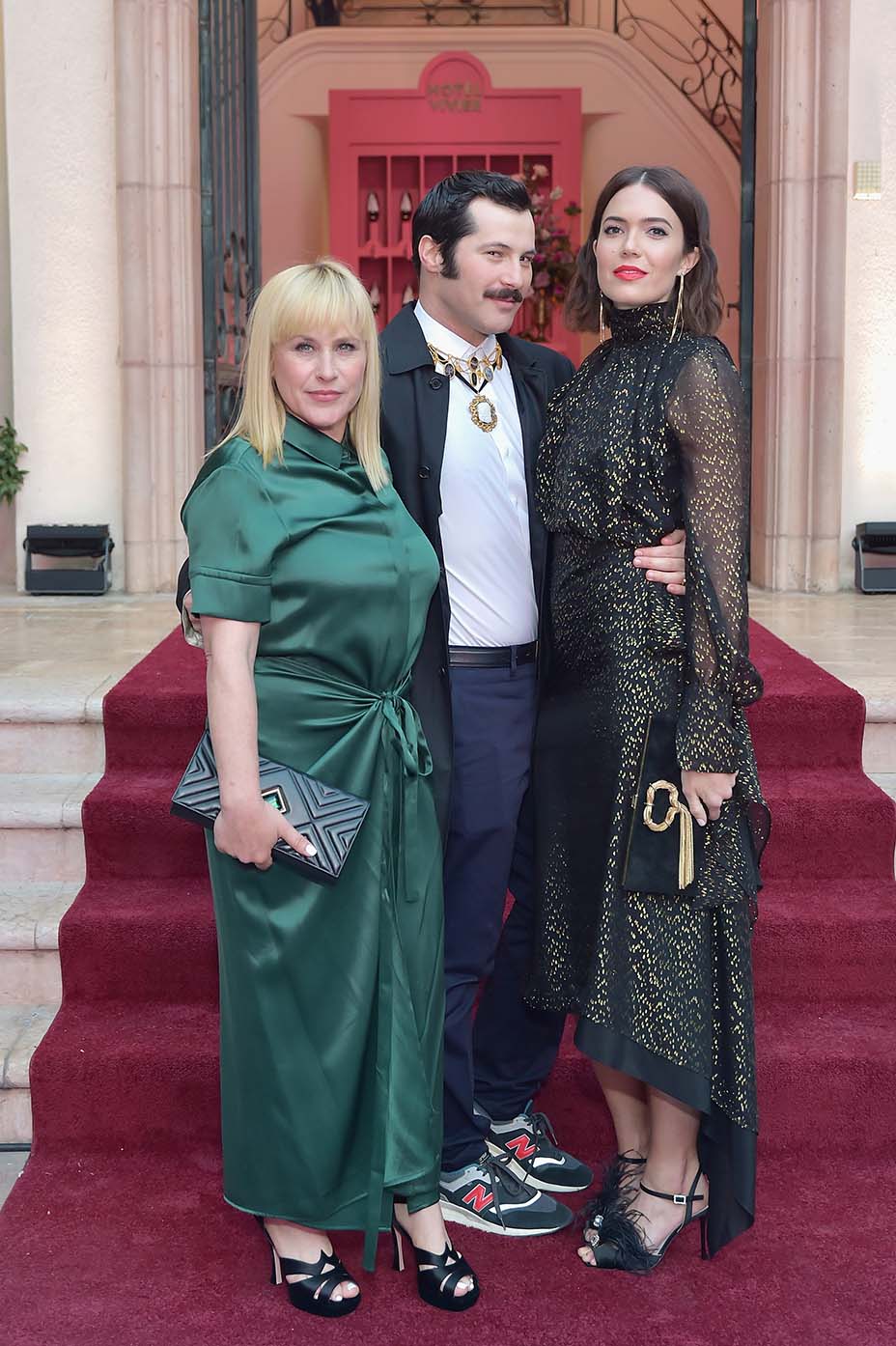 Felloni describes Hotel Vivier as “a metaphor of what I think sometimes of Los Angeles or America,” including a “cheesy” French chateau backdrop and old film caricatures sprinkled throughout. He envisioned a young girl a la Lolita taking in sun in the winter garden and an eccentric lady, who owns the house, sitting around brushing her strange dog, like something out of Sunset Boulevard.

Said Chinese Crested dog was on site on Tuesday night, perched in a red velvet pet bed upstairs, where the bathroom tub was filled with orange rose petals as three women sat alongside it under retro hair dryer chairs; downstairs, the dining room table was decked out with towers of cream puffs and macarons as a woman in a pink gown played the harp.

“Nothing is taken seriously. I like to take the ambiance of some movie that I like, but there’s nothing really precise,” Felloni told The Hollywood Reporter ahead of the event, over coffee at the Chateau Marmont. “Everything is really fantasy,” he said. “Really naive in a way. Not too cerebral, not too complicated.” 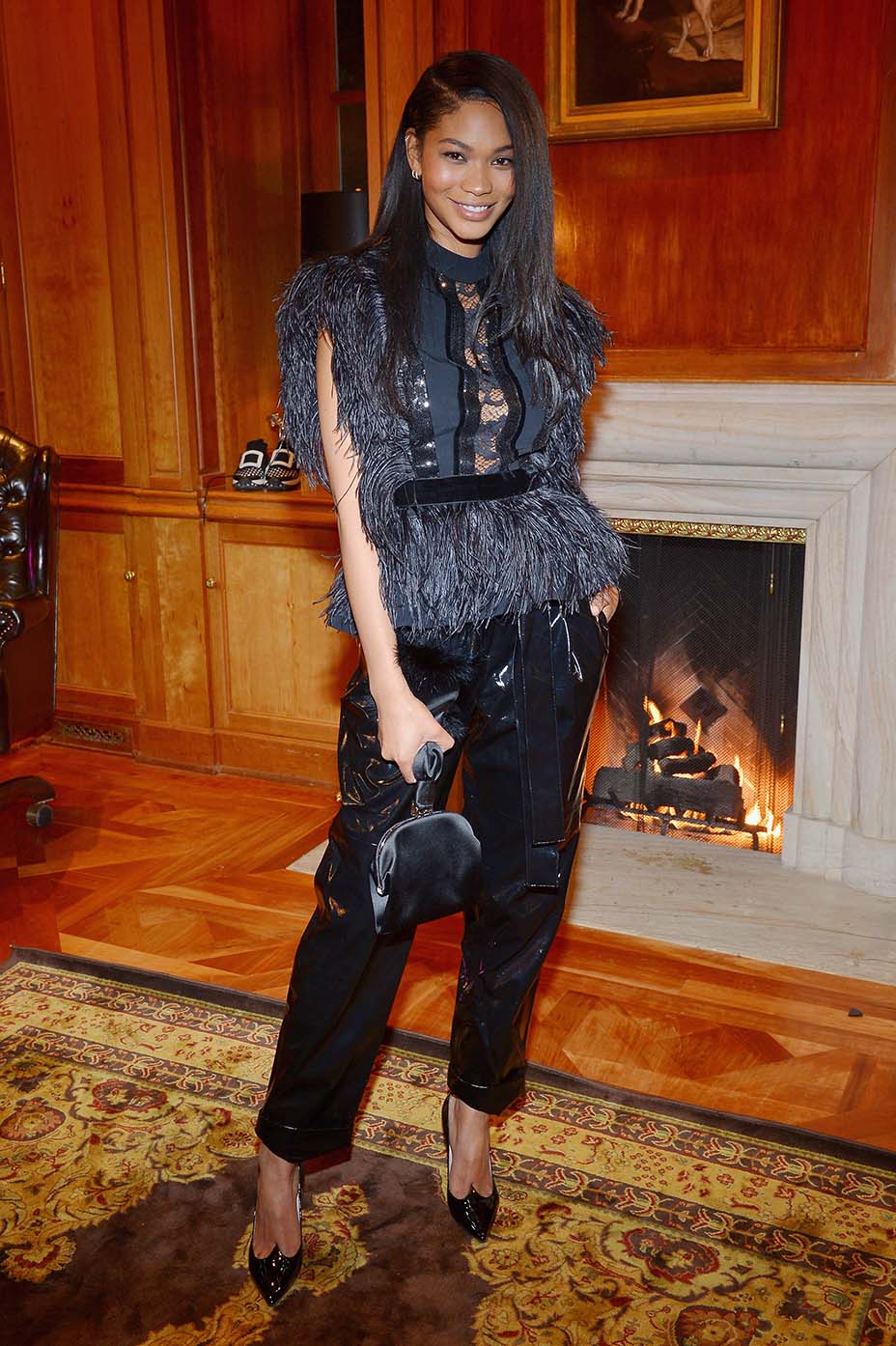 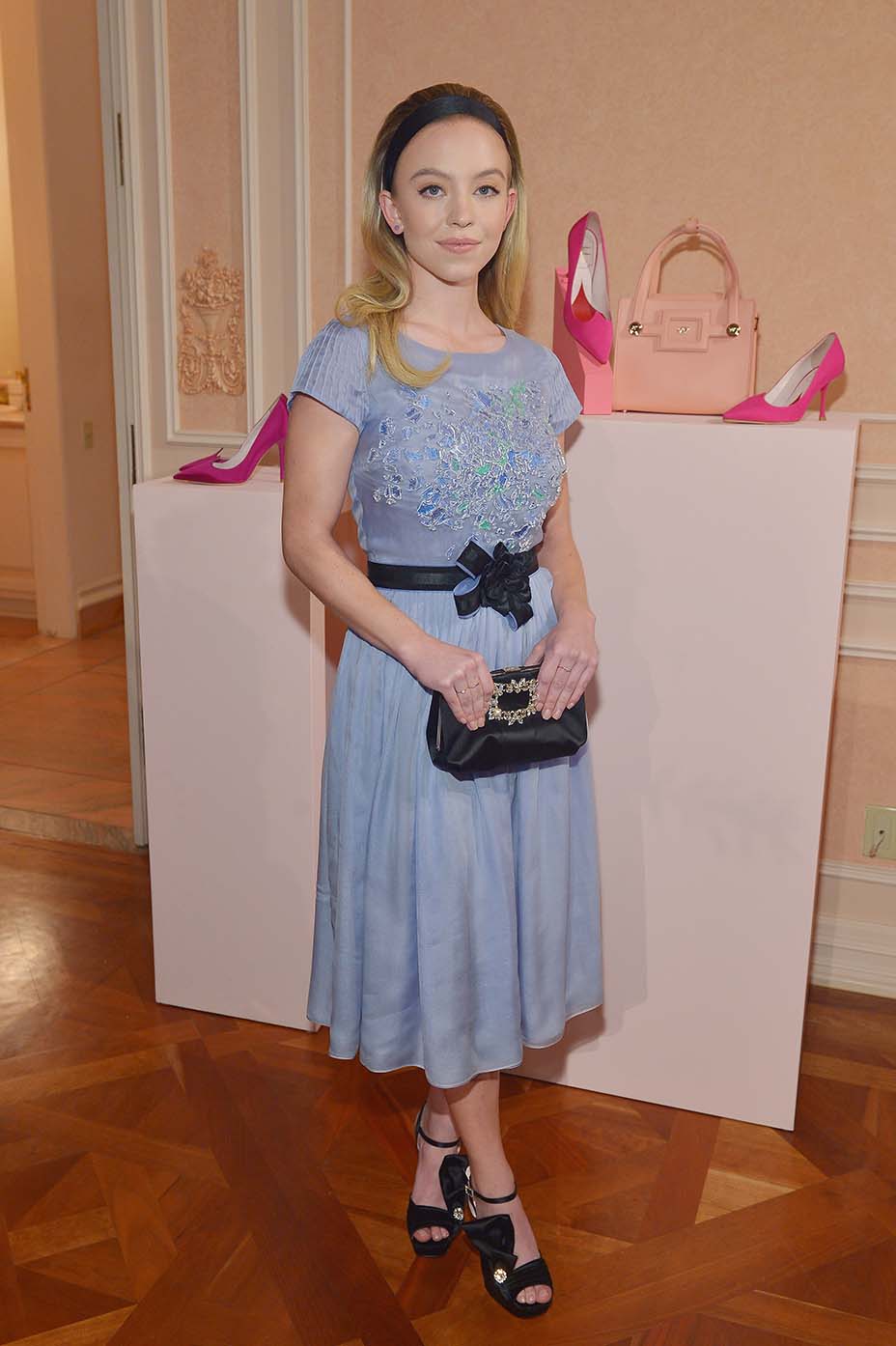 Felloni mixed in music inspired by Burton, colors inspired by Wes Anderson’s The Grand Budapest Hotel, themes from Robert Zemeckis’ Death Becomes Her  and maids in light blue outfits with puffy sleeves like Dorothy in The Wizard of Oz. He even imagined a female screenwriter, an “intellectual,” at the hotel, who is writing a movie.

Though Burton’s recent Dumbo (out March 29) wasn’t his favorite, Felloni said, “Of course when you like a director, you always feel the best part. So I like the music, I like the atmosphere, I like the touch of Tim Burton.” The music in particular sticks with Felloni, whose most-loved Burton films include Beetlejuice and Sleepy Hollow, respectively starring Winona Ryder and Ricci.

“When I see a Tim Burton movie, even the worst one, there’s always something beautiful and really touching,” Felloni said. “How he writes the movie, which is always about not common people, people that usually live at the margins of society because they are different, he makes these people beautiful and important.”

He explains how filmmaking ties into his performance piece: “For me, fashion is not just fashion. Cinema is not just cinema. Everything can mix together.” The merging of mediums is exemplified in an opera singer wandering around the pool patio of Hotel Vivier. Opera was one of Felloni’s passions that he studied growing up, and he sometimes questions his decision not to be a performer, he said, but ultimately has decided “I like the idea that I don’t do the performance, but somebody does it for me with my vision and with my projection.”

Of course, unlike a director, Felloni needs that fantasia because his true craft is footwear. Since he doesn’t create apparel, he required a way to showcase his shoes beyond a runway, to place his work in context and to make people understand how to wear his designs. “That’s the key of my way of exposing my product. In fashion, nobody does something like that. Now everybody is starting,” Felloni says. 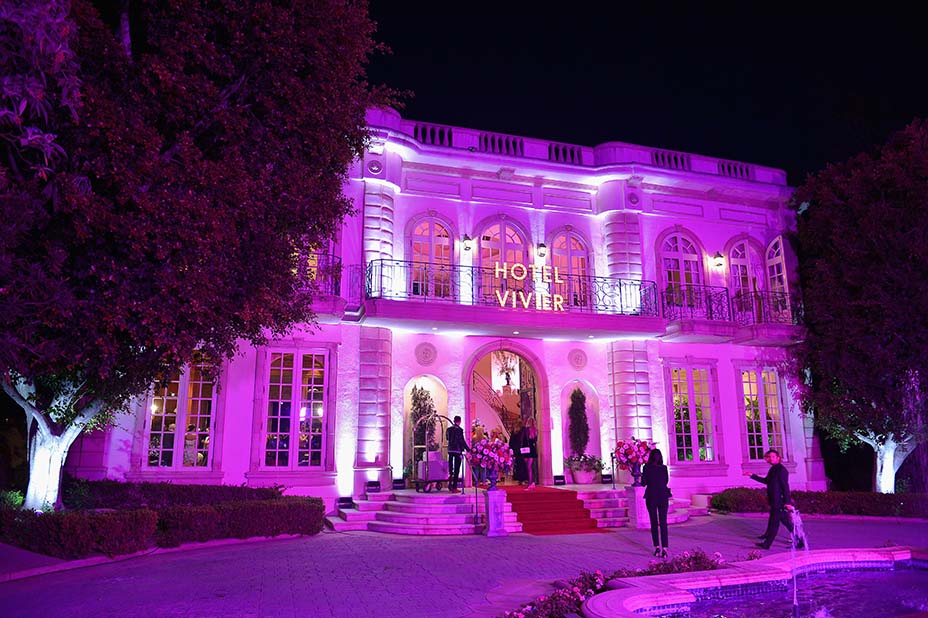 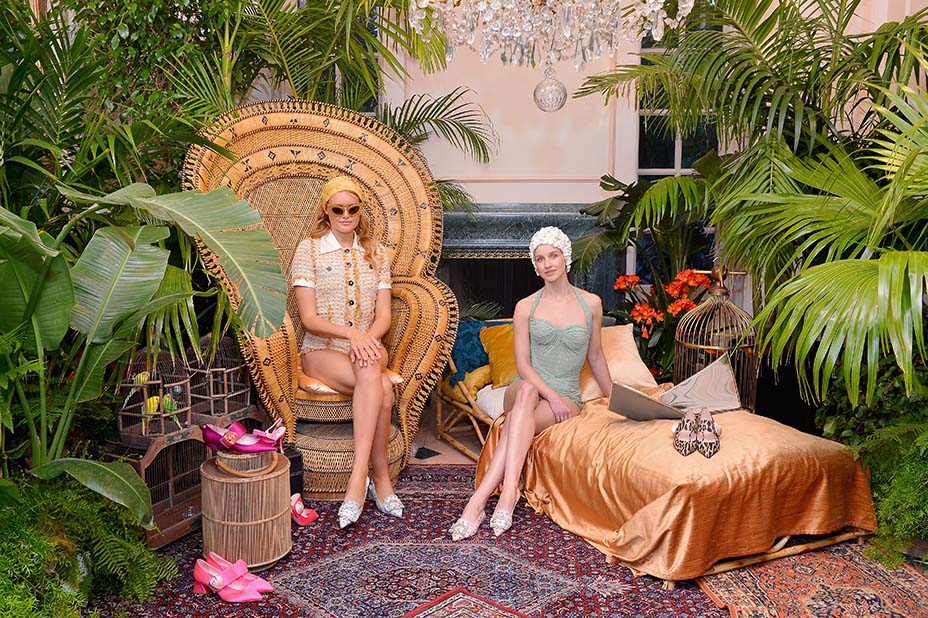 Although the hotel is a cliched representation of Hollywood, Felloni isn’t unfamiliar with the city, and reminisced on his trips 15 years ago: “I used to do my holiday in Los Angeles; I took the car and drove around and I stayed at The Standard hotel, which for us is a really ’50s and ’60s American-style thing,” he says. “Then I would go shopping on Melrose and its antique stores. There were a lot of vintage furniture shops. Beautiful. I bought a Scandinavian ceramic head from the ’60s, really beautiful, and I have it in my place [in Paris].”

Back home in Paris, he’s already debuted his newest vision for fall-winter 2019, Daydream Vivier, in February, and he says the performance aspect of his shows will continue. In Hotel Vivier, all the girls were awake, whereas in Daydream, guests are supposed to live the dream of the girl in the room.

“If you don’t dream, if you don’t have imagination, you cannot be creative or do something that people love to buy or love to see,” Felloni says. “You cannot make people curious and, of course, I’m going to be bored in five minutes if I don’t do something that’s like that. Dreams can be reality.”