When Andy and Susan Borowitz’s popular sitcom The Fresh Prince of Bel-Air debuted in 1990, it catapulted Will Smith to fame, along with the L.A. fashion brand Cross Colours, which he wore as a signature on the show’s initial season. The hip-hop-inspired streetwear brand, founded by Carl Jones and TJ Walker in late 1989 with the tag line “Clothing Without Prejudice,” became known for its vibrant colors, geometric patterns and positive social messaging, such as “Educate 2 Elevate” and “Stop D Violence.”

That unifying, empowering mission is just as relevant today. And now the California African American Museum in L.A. will showcase the label in the exhibition “Cross Colours: Black Fashion in the 20th Century,” which opens Sept. 25 and runs through March 1, 2020. 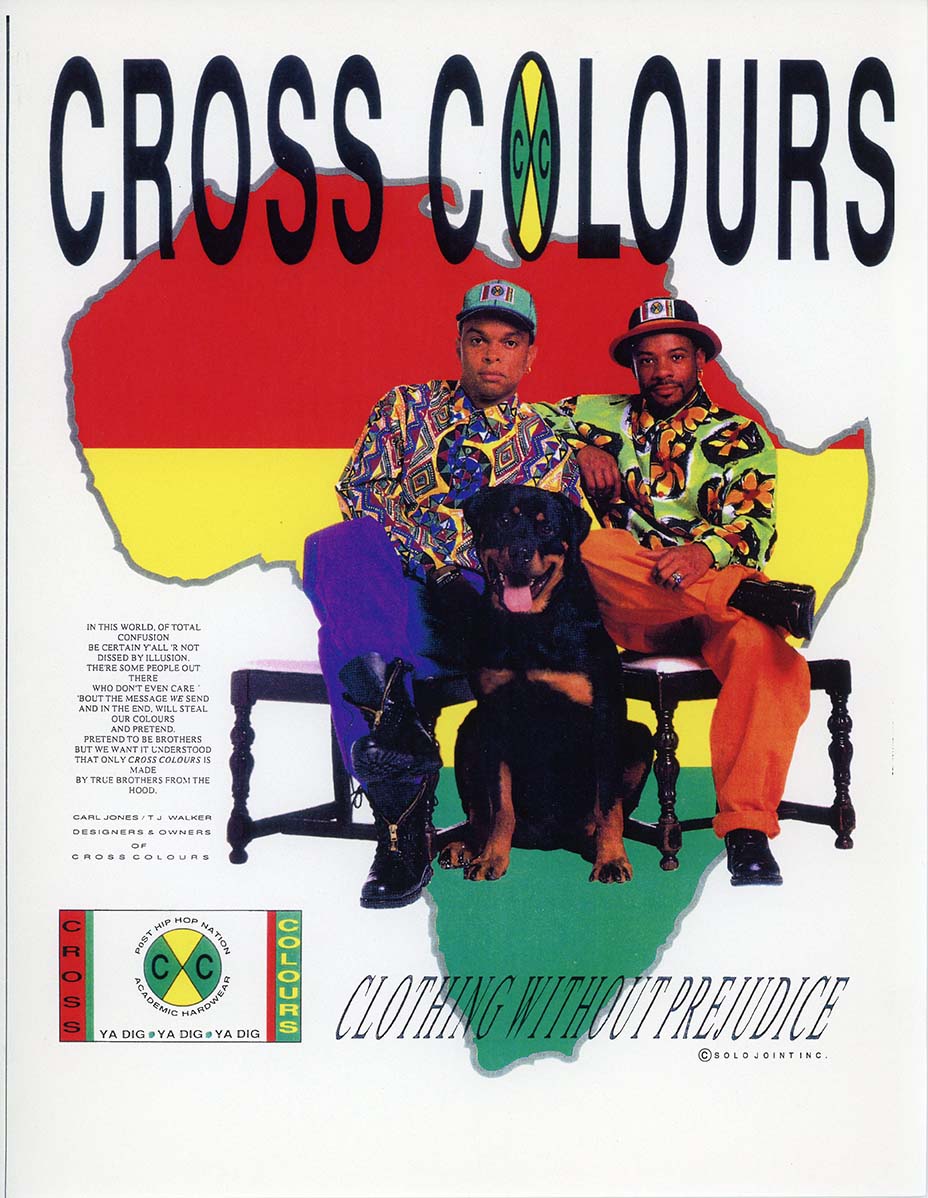 During its heyday, Cross Colours was donned by the likes of Mark Wahlberg, Magic Johnson, Jamie Foxx, Snoop Dogg, TLC, Stevie Wonder, Muhammad Ali and Dr. Dre. The brand was also worn on The Wayans Bros. sitcom and In Living Color, on Eddie Murphy in Boomerang and on Lauryn Hill in Sister Act 2: Back In the Habit. Relaunched in 2014, the label received new buzz at the 2018 Grammys when Cardi B and Bruno Mars wore Cross Colours on stage, along with their backup singers and dancers, to perform the “Finesse” remix, and again in that music video. These pop culture moments will be depicted in the exhibition. 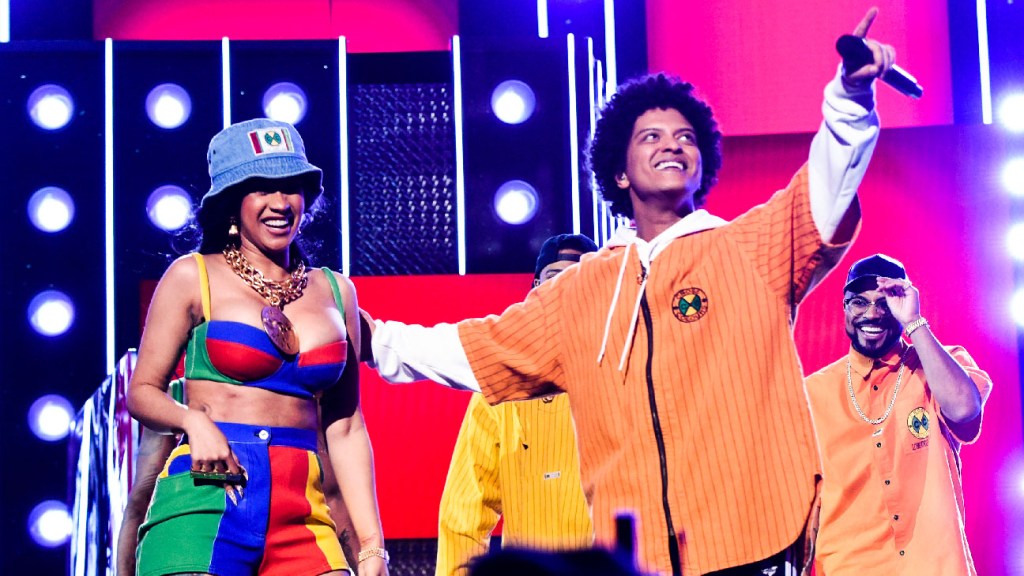 “Cross Colours was able to innovate and break the color barrier within the fashion realm, and 30 years later, their impact is still felt,” said the museum’s history curator and program manager Tyree Boyd-Pates, who put the exhibition together with assistant history curator Taylor Bythewood-Porter. “That’s because of the commercialization that came about from Will Smith wearing the brand. Someone from the Cross Colours team found a stylist for The Fresh Prince of Bel-Air, and Smith loved the clothes and said, ‘I want to wear it right now!’ And he sure did. No one knew then that it would be the hit that it was and remain in the public imagination for the next 30 years, with syndication, making his aesthetic popular for years to come.”

By incorporating media footage, rare memorabilia and vintage textiles, said Boyd-Pates, the retrospective examines how Cross Colours’ social messaging spoke to the times as members of the black community felt the effects of Reagan-era cuts to social programs and federal education and increasing incidents of police brutality.

“We make parallels between what the social messages were in the ‘90s and how they touched on other moments in African-American history, where the same sentiments were being advocated to speak against injustice,” he said. “That is how they are actually part of a larger legacy of social advocacy and making fashion political.” 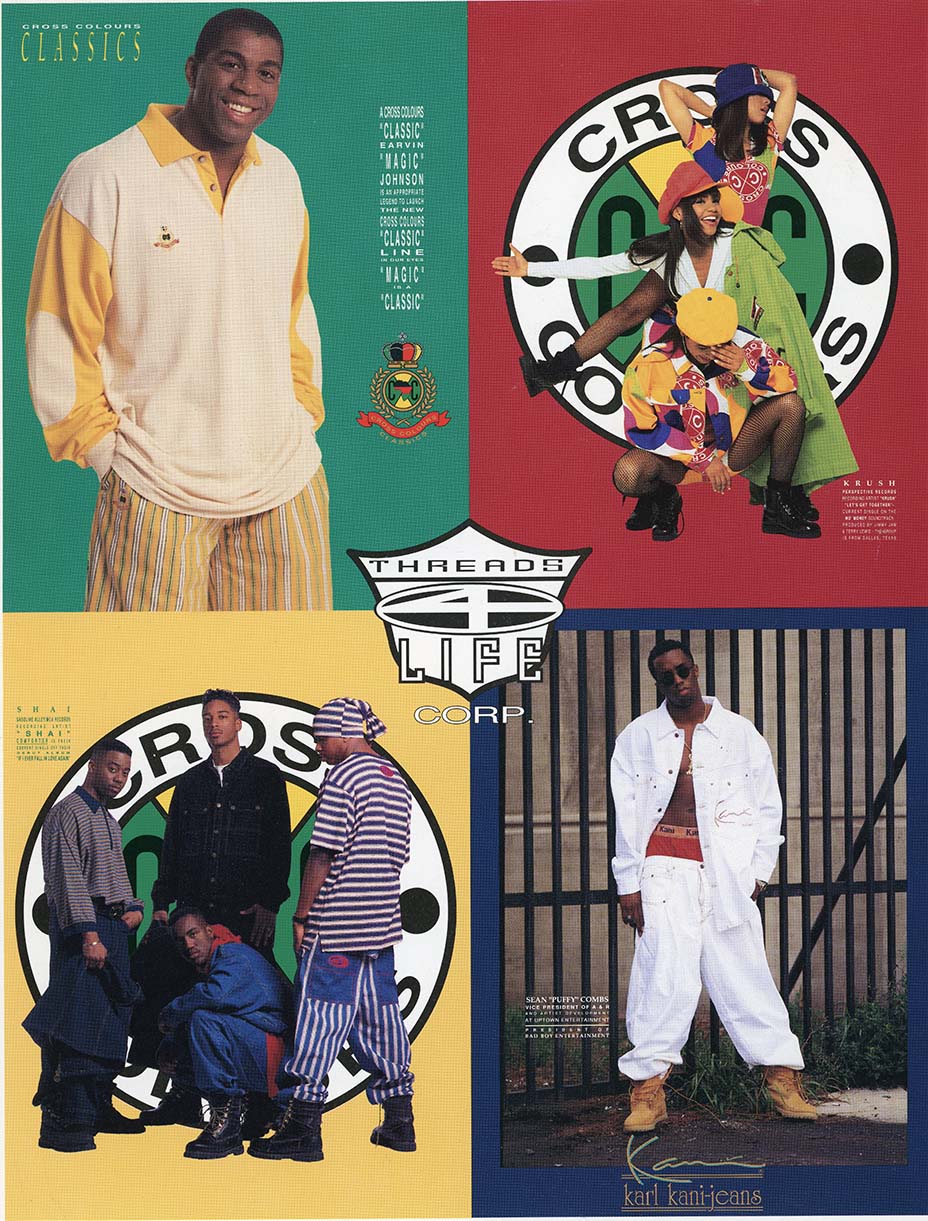 As for a present-day superfan fueling Cross Colours cred, Boyd-Pates pointed to Bruno Mars: “Having been so inspired, he decided to bring on Cross Colours as merchandise for his 24K Magic tour [in 2018], so now the brand is booming again because of Bruno!” The Bruno Mars 24K Cross Colours tanks, jerseys, pants and satin warm-up jackets ($150 to $175) as well as beanies, snapbacks and bucket caps ($50) are still available at the Grammy-winning musician’s online shop.

And maybe Smith will fuel another Cross Colours revival in the future. In April, he gushed that a fan-made trailer gone viral reimagining The Fresh Prince of Bel-Air as a dramatic indie film was “brilliant.” Then, in May, on Good Morning America, Smith teased that the cast is “thinking about” a reboot of the ‘90s show as he peddled his new book, The Fresh Princess, with author Denene Miller. The book reimagines a female version of his famous breakout character, and Smith added that his daughter, Willow, said “It’s about time” when he told her about the book.

As modeled by Cardi B, Cross Colours has a women’s collection ready to go.