It may be 25 years since the last episode of the iconic sitcom Friends aired on NBC, but the mania the series inspired shows no sign of abating. Last month, Jennifer Aniston joined Instagram, then Warner Bros. opened an immersive pop-up space in New York City, and now an auction selling off a selection of the show’s props has been announced. 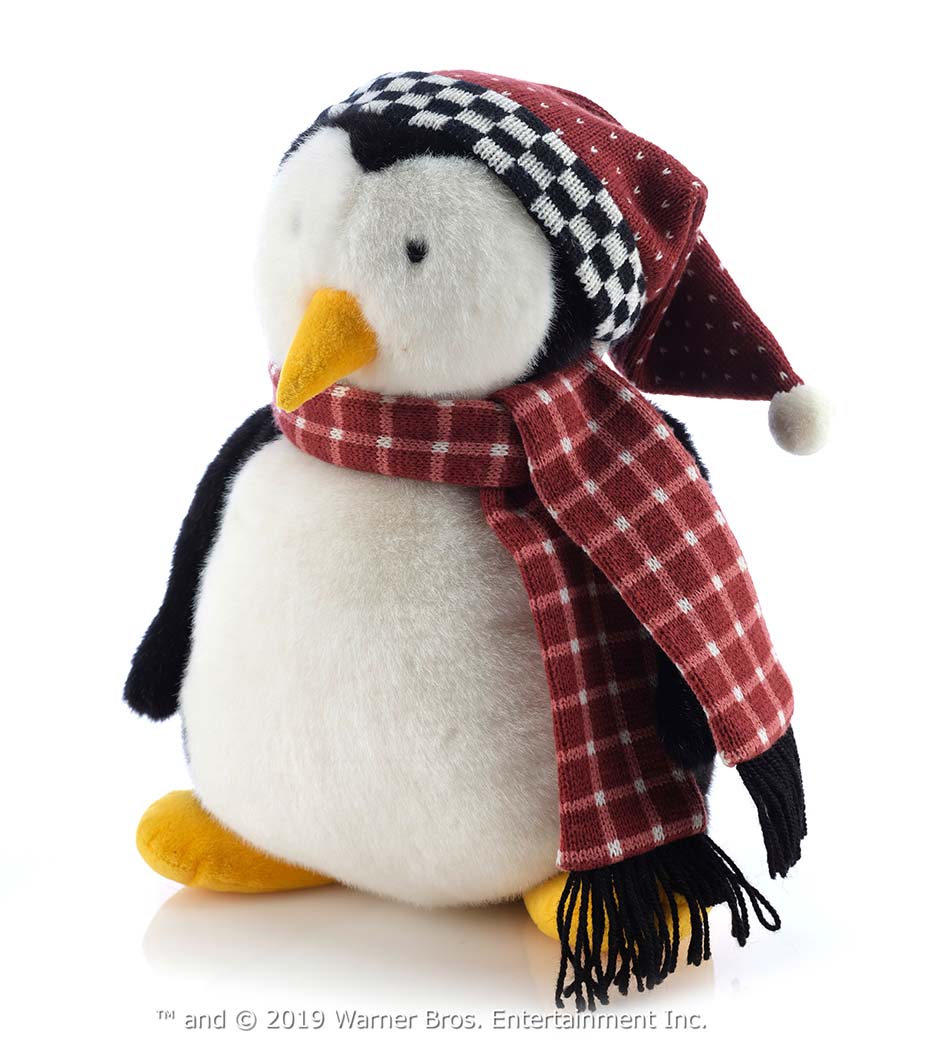 As part of the cult series’ 25th anniversary celebration, Warner Bros. Television and Prop Store on Tuesday revealed that they will be selling over 80 lots ranging from props, costumes, studio-edition authorized reproductions, set decoration and production material spanning all 10 seasons of Friends. The auction, which is set to begin on Giving Tuesday, Dec. 3, and run until Dec. 17, will benefit The Trevor Project, the world’s largest suicide prevention and crisis intervention organization for LGBTQ young people. 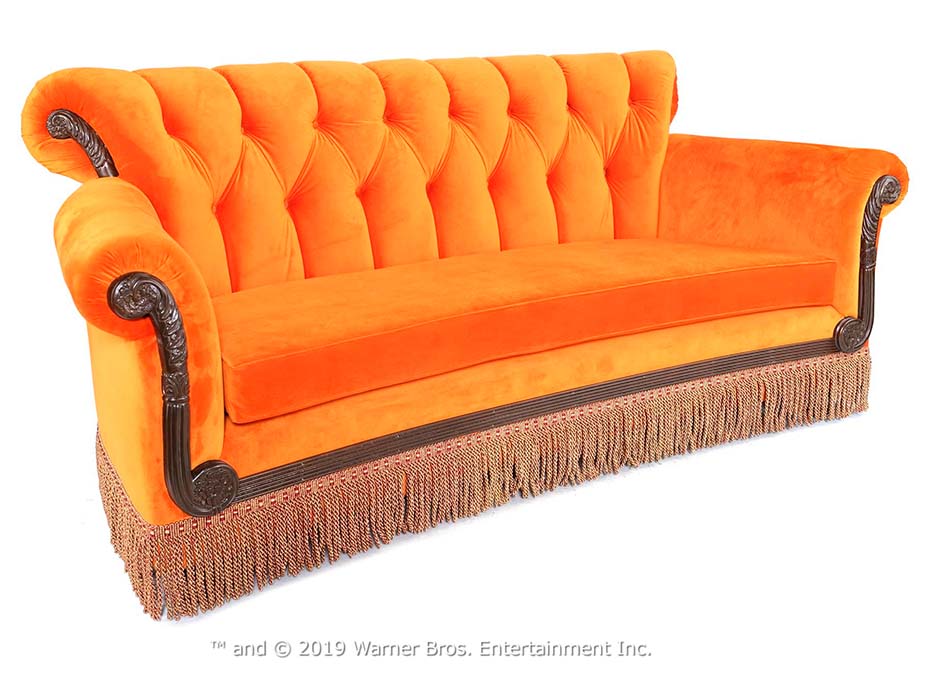 Friends, fans and collectors can bid on original pieces from the Warner Bros. archive, such as Joey’s (Matt LeBlanc) original stuffed penguin Hugsy doll; reproductions of the Central Perk couch and Monica’s (Courteney Cox) peephole door frame; and costumes worn by Rachel (Aniston), Monica and Phoebe (Lisa Kudrow). Anyone who signs up for the auction is also eligible to win a production script from Friends.

“Prop Store is thrilled to be working with Warner Bros. to auction some incredible material from all 10 seasons of Friends,” said Prop Store COO Brandon Alinger. “The series gave us so many laughs during its original run and continues to entertain and inspire fans around the world.” 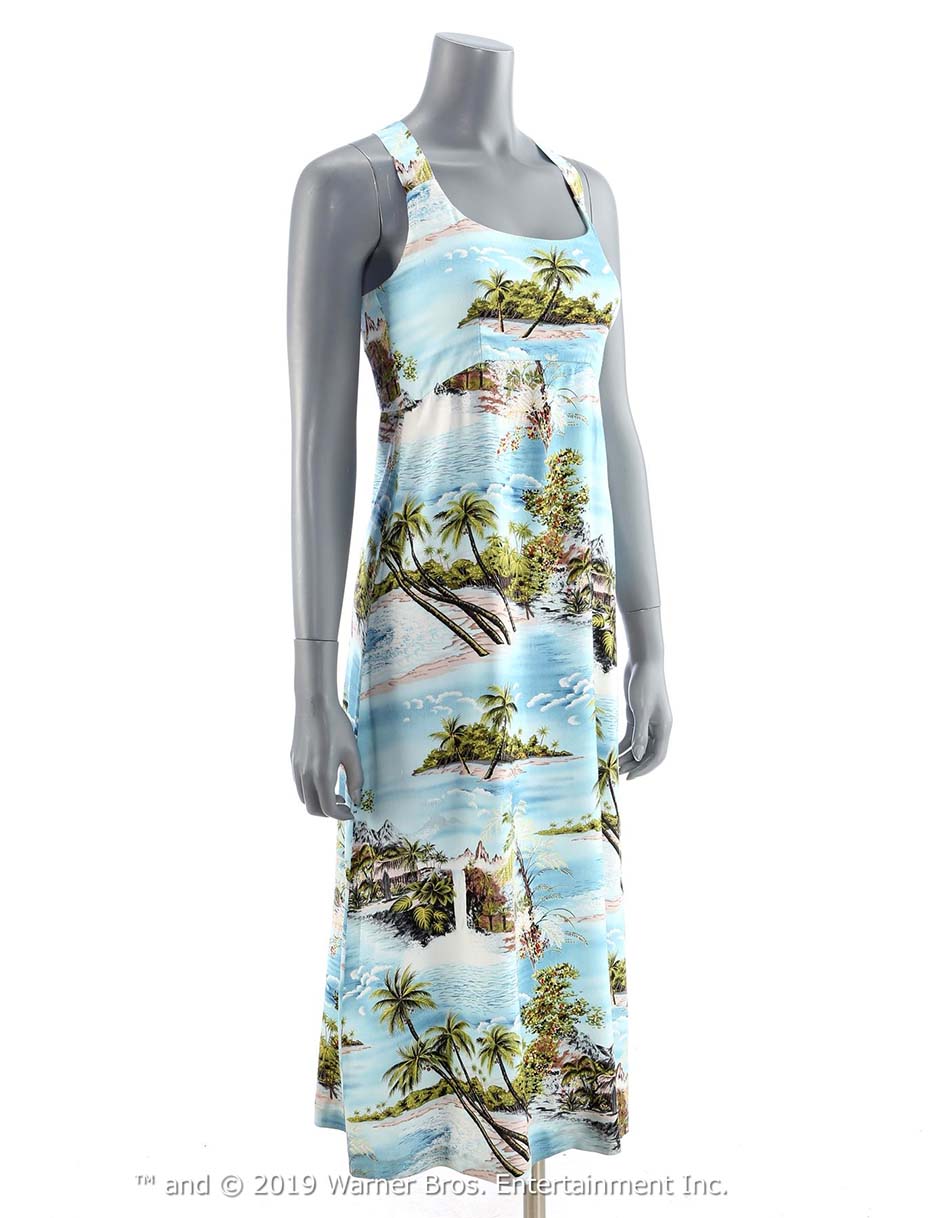 Other highlights from the upcoming auction include authorized reproductions of Joey and Chandler’s (Matthew Perry) wood canoe and two paddles (est. $4,000-$6,000) from “The One With the Cat” episode in which the pair trade their entertainment center for a handmade canoe; Ross’ (David Schwimmer) Holiday Armadillo costume (est. $10,000-$15,000) that he famously wore to teach his son Ben about Hanukkah in season seven; and Monica and Chandler’s wedding invitation set (est. $1,000-$1,500) also from season seven. Each of the auction items comes with a Warner Bros. Certificate of Authenticity. 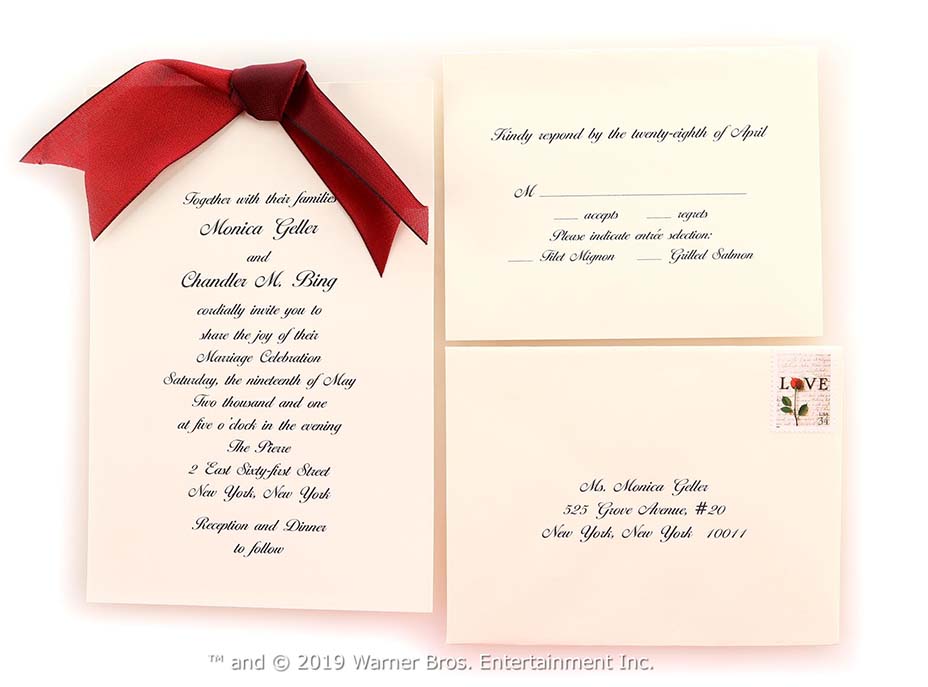 A favorite among critics and fans alike throughout its 10-season run, Friends remains a perennial go-to in syndication and on streaming services. And The Hollywood Reporter recently learned that a Friends reunion special is in the works at HBO Max. A selection of lots will be available to view in the Friends Boston Pop-Up starting Thursday, and an auction preview where bidders can register can be found at PropStore.com/FRIENDS.

'Friends' Reunion Special in the Works at HBO Max (Exclusive)