Continue to The Hollywood Reporter SKIP AD
You will be redirected back to your article in seconds
Skip to main content
February 16, 2017 3:15pm

For many, it’s another stop on a press tour, as well as a chance to build a relationship with some of the designers responsible for their red-carpet wardrobes.

But this season, front-row guests including Drew Barrymore, Mandy Moore, Kate Mara and Rowan Blanchard were privy not just to an up-close-and-personal look at the fall clothes to come, but to a parade of political statements.

Pret-a-Reporter caught up with a handful of A-listers to chat about fashion’s contributions to the larger political conversation, as well as whether they would rock a political statement on the red carpet. 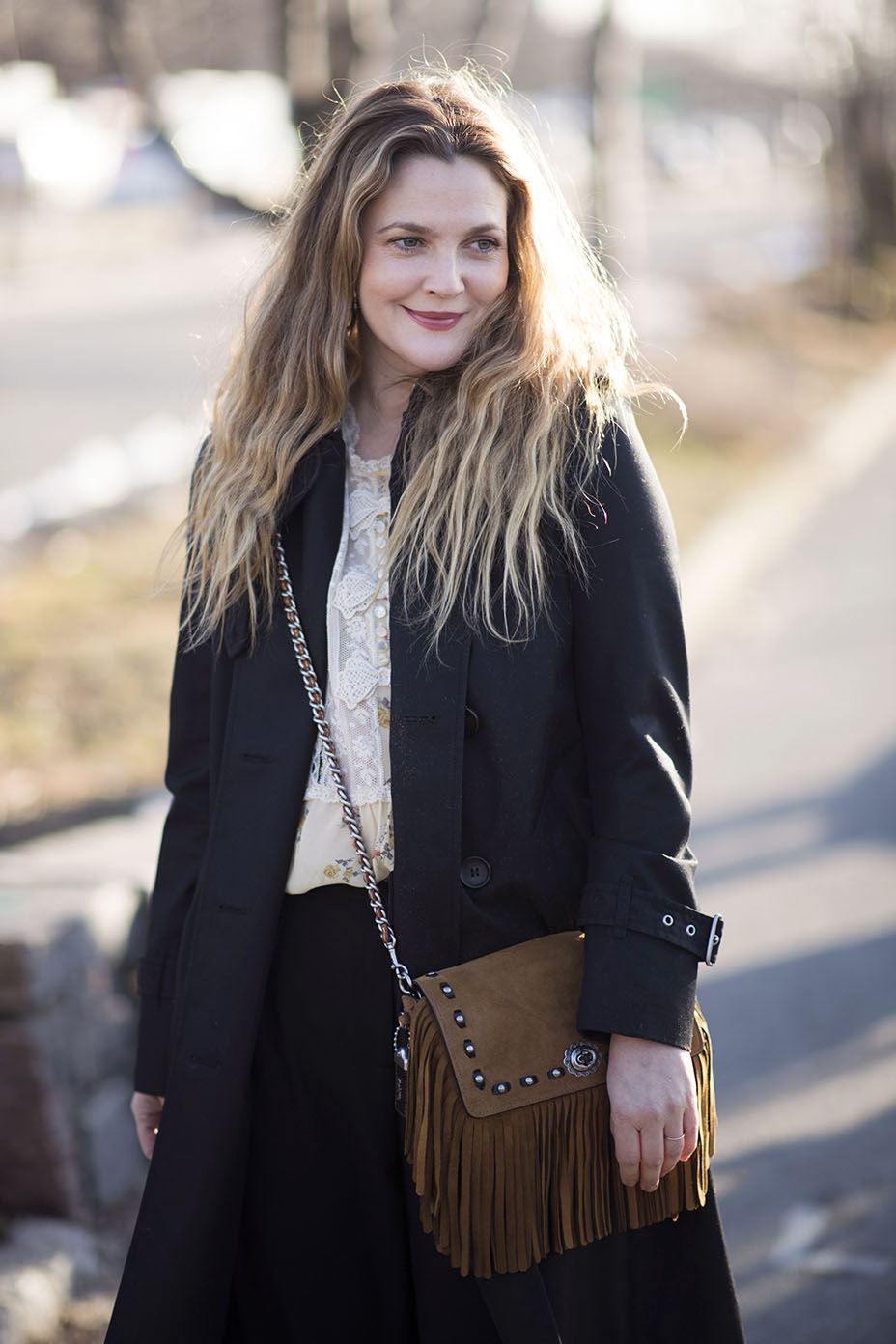 Barrymore, on hand to promote her new Netflix series Santa Clarita Diet, was one of Coach‘s top-recruits for the fall 2017 front row, joined by the likes of Selena Gomez and Tavi Gevinson.

In response to designers’ use of political messaging in shows, the actress said, “Artists should use their platform as a soapbox right now. And that’s how I want to do it for myself as an artist and as an actor — through a show that’s entertaining, like Santa Clarita Diet.”

She added, “I don’t want to go out on a limb one way or the other and become unattainable for a certain group. I’m such a neutral person that I want to see all sides do it quietly.”

As the founder of her own beauty and accessories label, Flower Beauty, Barrymore also hinted that she may have a presentation of her own in the works for the future, though she said it’s too early to divulge the details.

Said Mara, star of this summer’s Megan Leavey, with regards to designers using their platform to get political: “I think any way of expressing yourself is a positive thing, especially in today’s world. I mean, I’m a fan of it.”

When asked whether she would consider mixing one of Alice + Olivia designer Stacey Bendet’s “Be the Change You Want to See in the World” tees (or any statement tee, for that matter) with a ball gown skirt for the red carpet, Mara said, “If I could pull it off, I would. Dior is doing it, and doing it very well. If I felt confident in that outfit, then sure, why not? 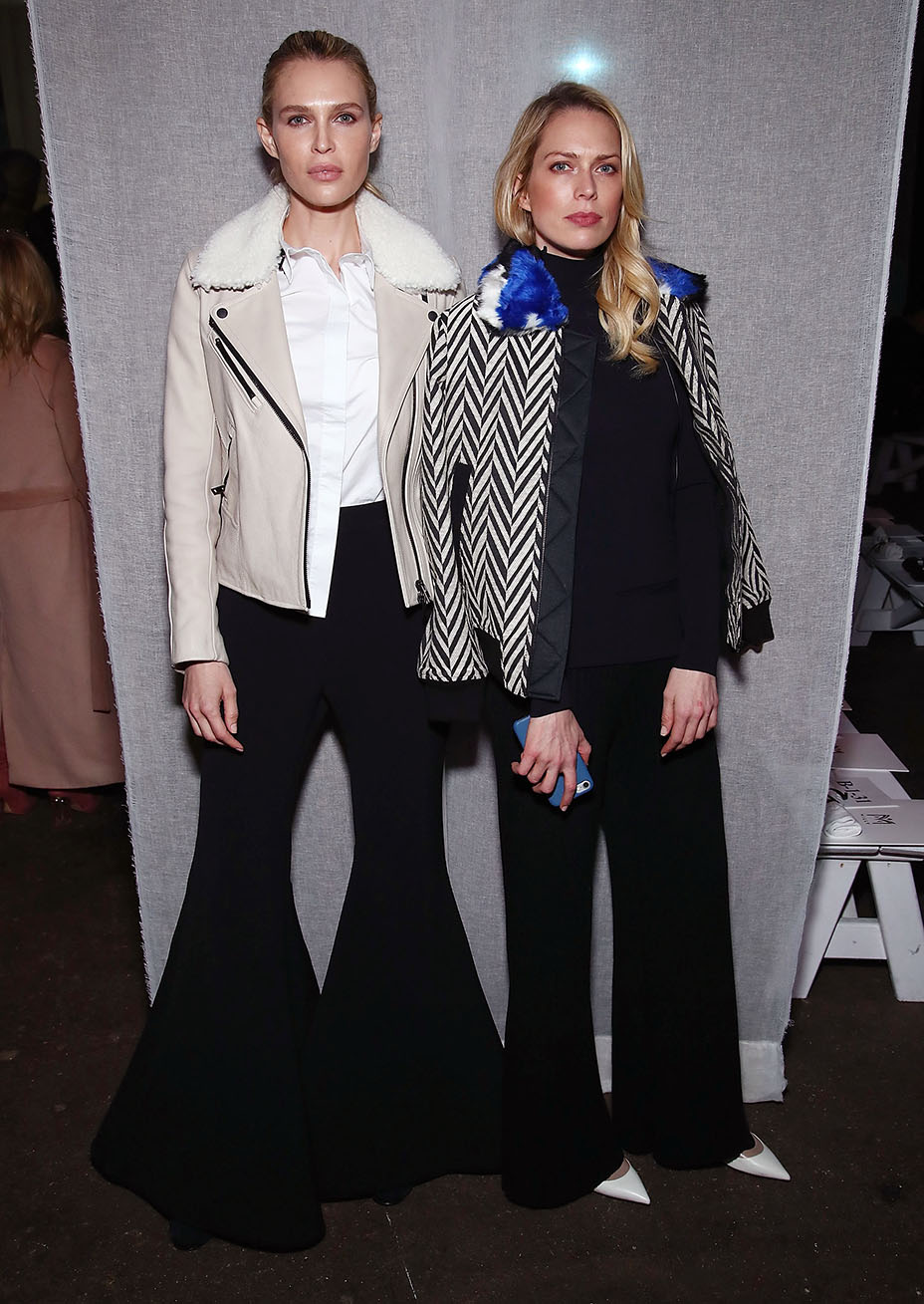 Funny ladies Erin and Sarah Foster, stars of VH1’s Barely Famous, were front row at Milly to film a short series about the New York Fashion Week experience titled #PrettyInfluential, created in partnership with ecommerce site The Outnet and The Daily Front Row.

Though their satirical miniseries poked fun at the more ridiculous aspects of the blogger/influencer scene, when it came to politics on the runway, they got serious.

“I think anytime you’re given a platform and people are paying attention to what you’re saying and doing, it’s your right to use that platform for your beliefs,” said Erin. “We’re in a really important time right now, politically, and people feel really passionate about it. If you want to [talk about it], it’s your art and it’s your choice to say whatever you want to say.”

Erin has been using her own reach to send a message to her social media followers. She recently posted a photo of phone numbers for Republican senators who publicly opposed President Donald Trump’s immigration ban. “I called every one of them and said, ‘I’m a Democrat, but I support what you’re doing and I appreciate the effort you’re putting in.'” She encouraged her 172,000 followers to do the same. 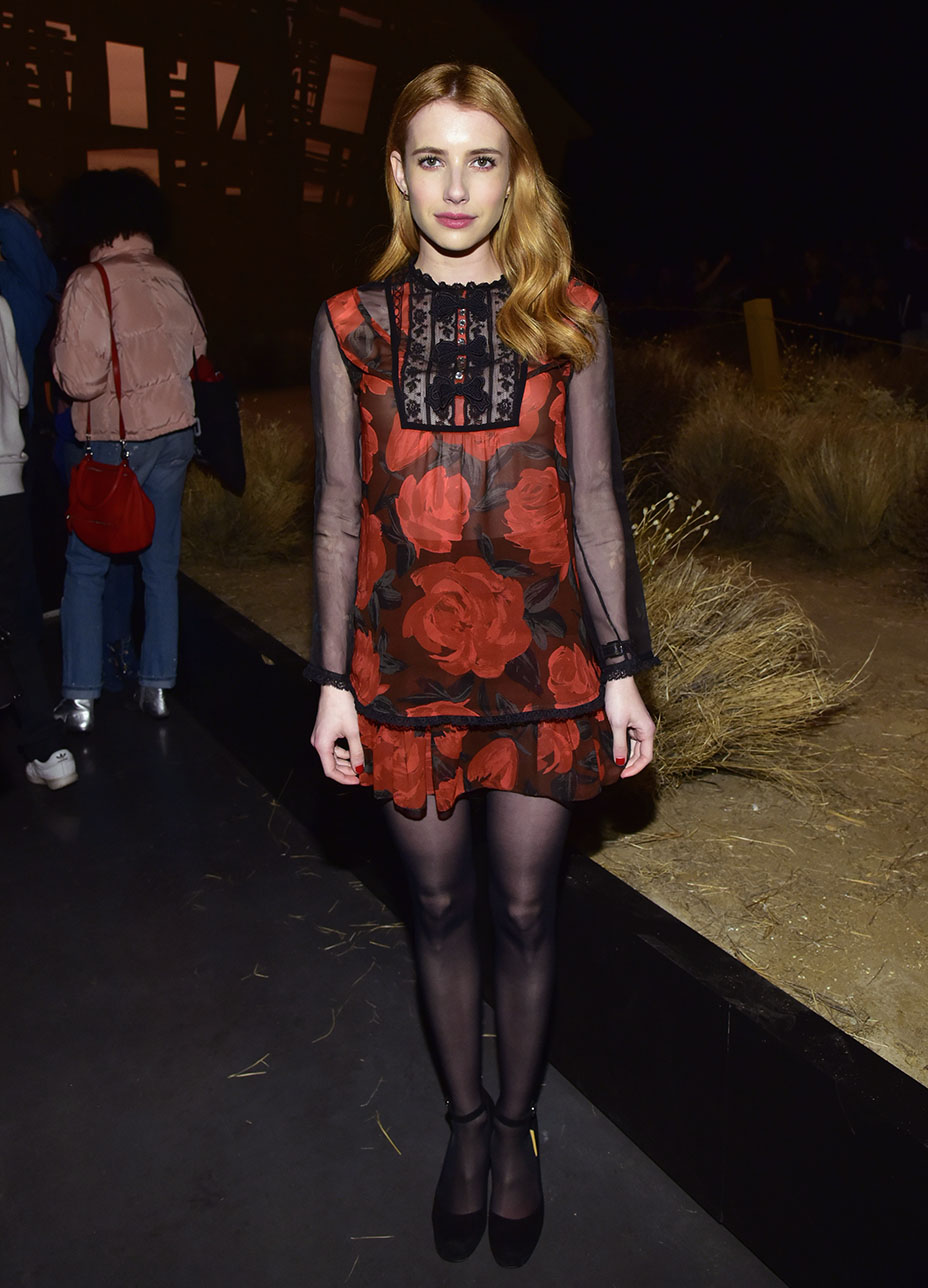 Roberts, who is a longtime fan of creative director Stuart Vevers and flew in for less than 24 hours to see the pieces in person, gushed over the fall collection: “I’ve been coming to the shows since Stuart started designing, and I’ve just been blown away. This collection in particular, I really loved the miniature coin purses. Those will be really cute to wear at Coachella this year.”

When it came to politics on the runways, however, she kept it sweet and simple: “I think it’s amazing for anyone to use their voice in any way they can right now.” 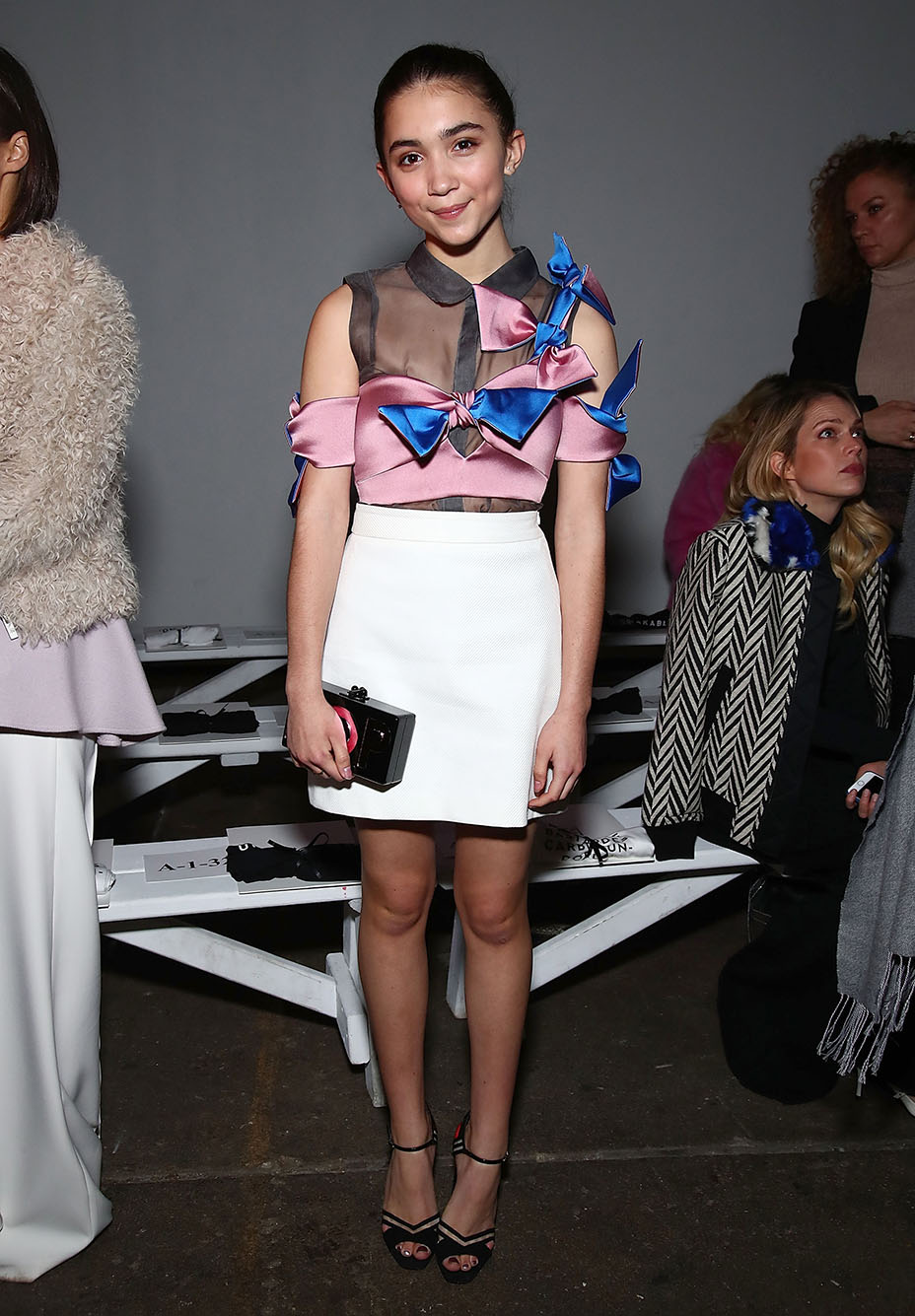 “I think it’s really important,” said the 15-year-old Girl Meets World actress of designers spreading their messages via clothes and presentations. “It can be difficult to find the line between living in a bubble and being out in the world, while still pursuing what you want to do creatively. I’m trying to find that now. I think it’s really important when I see designers talk about things in a way that feels not counterproductive. It’s a hard thing to do, but when most people do it, they do it right.