After her globetrotting, fashion-filled tour of Europe this summer with hubbie and Chicago Bulls guard Dwyane Wade, Gabrielle Union has a new fashion gig of her own: She’s designing a collection based on her “tough casual” personal style for New York & Co.

Union, 44, who stars as a stylish cable news anchor on BET’s Being Mary Jane, has long been a front-row fixture at runway shows, most recently hitting Paris Men’s Fashion Week in June with Wade (who is also a clotheshorse), where they attended the Rick Owens, Hermes and Valentino shows.

On Instagram, followers go crazy for her colorful, high-low outfits by the likes of Sophie Theallet, Prabal Gurung and 3.1 Phillip Lim, which Union often styles with funky kicks.

And now, she’s translated that sartorial spirit into an affordable line, $46.95-$139.95, sizes 0 to 20, featuring easy-to-style kimono jackets, flattering sweater dresses, off-shoulder jumpsuits and more, in colors such as Ming blue, mango salsa and rose, as well as neutral beige, black and white. The collaboration is ongoing through the spring, and new deliveries will drop every couple of months.

Union and Wade married in 2014, have three kids together (ages 3 to 15) and are based in Miami. The Hollywood Reporter sat down with the budding designer in Los Angeles recently to talk inspiration, her shopping habits and what the UCLA grad makes sure not to miss when she’s back in town. 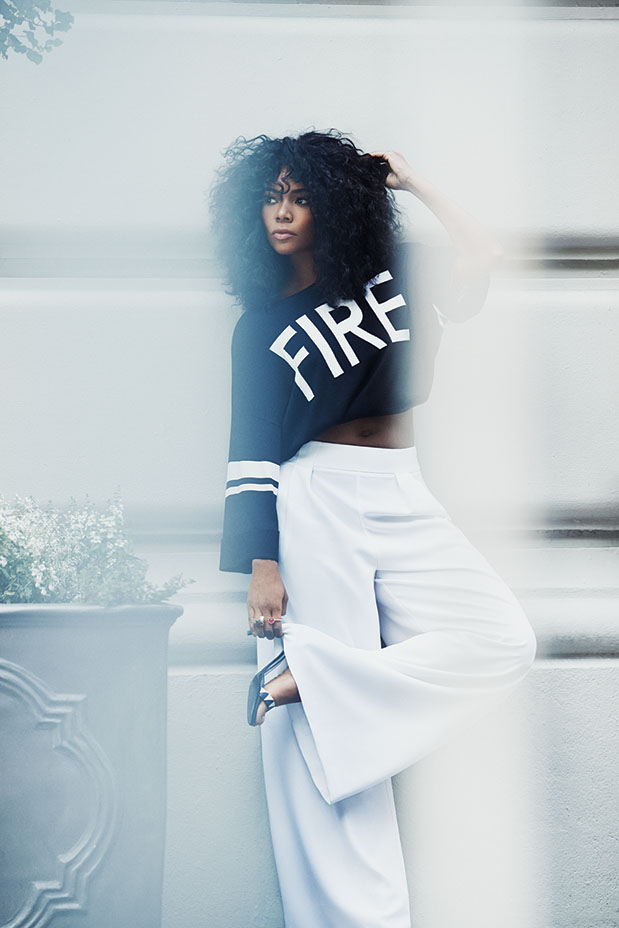 How long has your line been in the works?

Almost a year. It goes by so fast … we’re already finalizing the next collection for October and designing February now. It’s wild that people are seeing it finally; now I feel like I’m tossing my baby into a crowd.

Have you had a passion for fashion since you were a little girl?

I had always looked at it as being for other people. I talk a lot about worthiness … it was always something where I felt, “She looks so cool,” and I wanted that but didn’t know how to put it all together. Desperately Seeking Susan and Pretty In Pink were big fashion inspirations when I was growing up, but it was for other people — on TV or in movies, not from a girl like me from Omaha. For me, it was whatever my parents could afford at the mall. Even in my thirties, I didn’t think it was for me. This was a good marriage that happened at the right time in the right mental space. 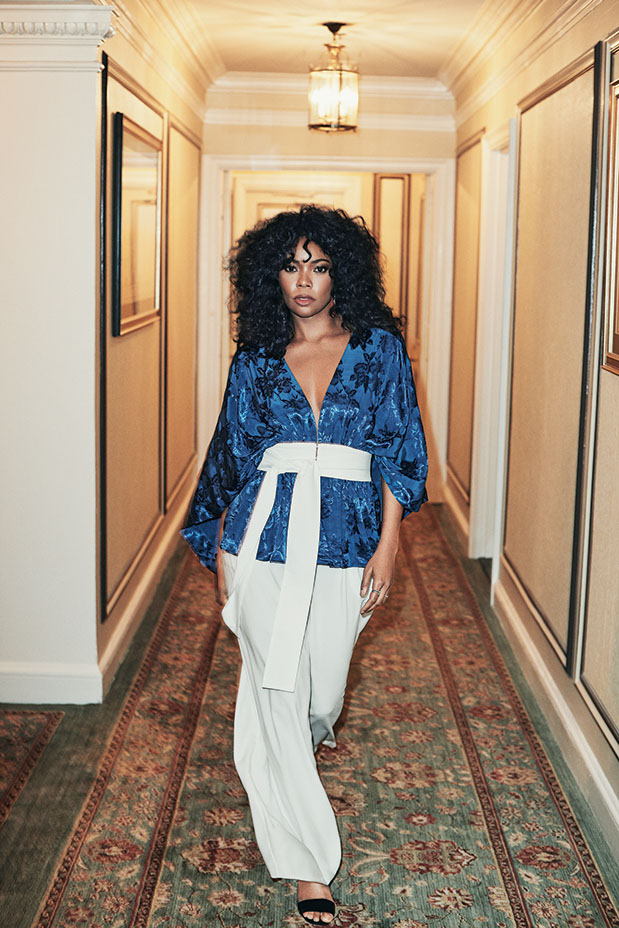 Do you have memories of your brand from the mall when you were a kid?

My sister was a manager at Lerner, which was the forerunner to New York & Co.! I lived for her wardrobe. Every time she’d leave with those big padded shoulder blazers, she was to me the original boss bitch because she didn’t have to listen to our parents because she didn’t need their money. She rose up the ranks, still in high school, to become a manager. To me, that was power. And I didn’t know until recently that Lerner and New York & Co. are the same company, and it makes perfect sense. It’s full circle. 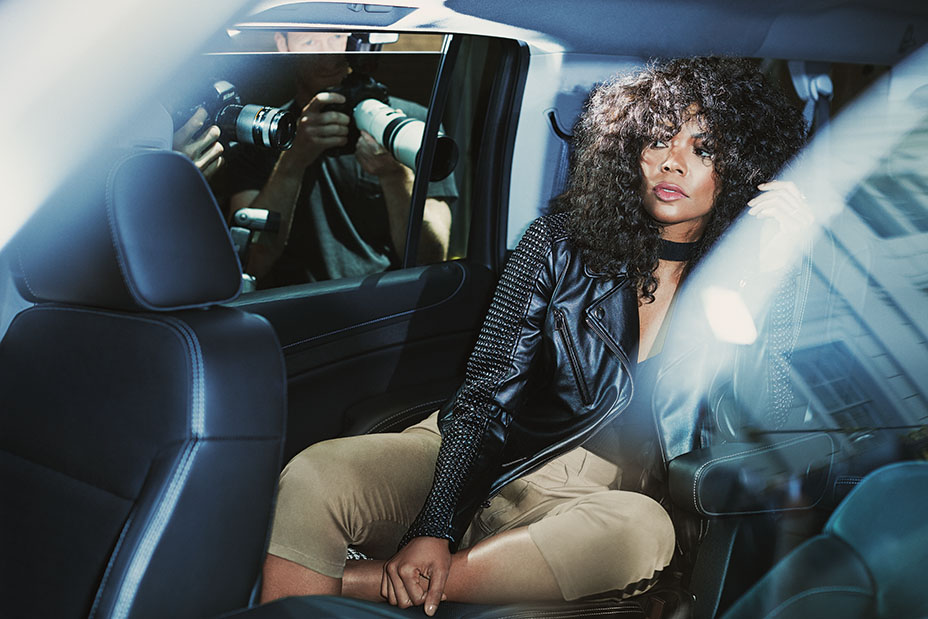 What was your favorite part of designing the collection?

Being able to explore all the parts of my closet. My character Mary Jane has left a lasting imprint on a lot of people’s lives and I wanted to service a lot that we put into Mary Jane’s wardrobe, but also wanted to show people what my own closet looks like, things I wear on my own time when I’m not Mary Jane or another character. And New York & Co. gave me the latitude to explore my tough casual side, my drop crotch joggers, which I pair with sneakers … my kimonos, my bold color trenches. This is things I actually wear, this is me, not just slapping my name on something.

One of my favorite things about this summer was your #WadeWorldTour, that was a dream of a summer vacation, from Italy to Greece to the Paris Men’s Shows, and we got to follow all of your outfits on social media! How did you plan it? And how many suitcases did you take?

We started off with two suitcases each, and [Wade’s son] Zion is also a fashion kid, and very particular about his clothes like his dad, so he had two suitcases. Then we got to Paris for Fashion Week and our stylist Thomas Kikis met us there. We traded in those clothes and the designers dressed us, then we traded out those clothes and went for our vacation resort wear look for our cruise. I don’t know how I could have packed for all three weeks.

There’s a lot of talk in the fashion industry now about unisex dressing, and men and women sharing clothes. Do you and Dwyane do that ever?

He’s a lot bigger than me … but I do borrow his basketball shorts, which is what I had on earlier today. I did do a piece that is inspiring something you’ll see in the February launch, this denim kimono based on one he rocked in this little town in Italy. When he left for China for two weeks afterward, I wore that thing like it was going out of style. And I wanted to create something like it for the collection that actually fits properly that could go from day to night. 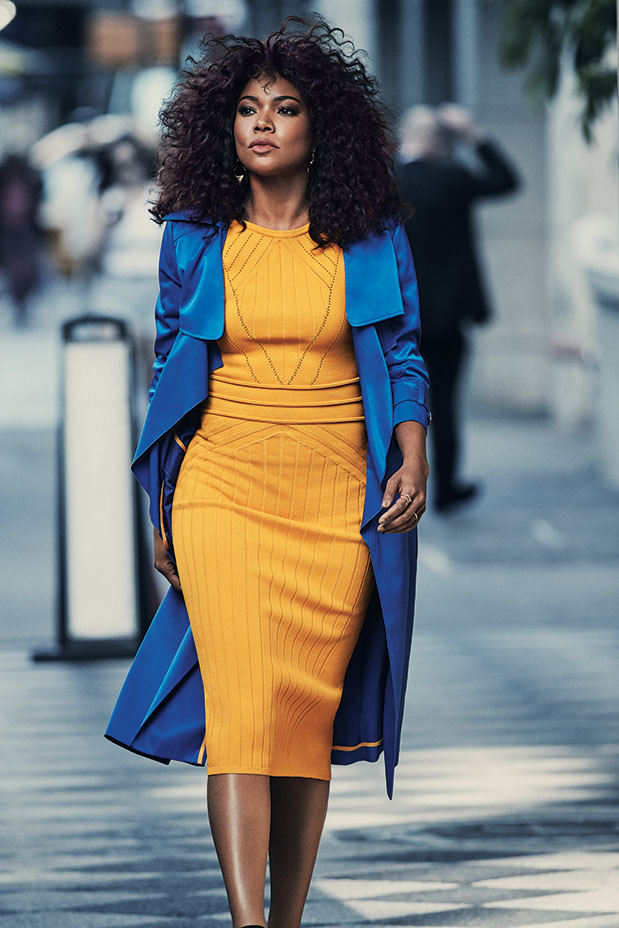 Maybe you guys could team up on a collection?

He has his fashion empire that he’s built, and this is what I’ve done for the ladies. Maybe I’ll let him do a capsule, we’ll see.

What’s the last thing you shopped for, aside from all this, which I assume is already in your closet?

Well, actually dog fashion, which I didn’t realize was a thing, but now that we are on dog No. 5 — Trey, our French bulldog — Dwyane is amassing a small closet for him. There’s plenty of pet stores that cater to the doggie fashionista in all of us.

How the Unisex Fashion Revolution Will Change the Way We Shop

When you visit L.A., is there someplace you just have to go?

It’s Le Petit Four on Sunset Plaza, which has been an OG favorite of mine. I’m a Bruin, a UCLA graduate, and I had an internship across the street when I was there, and I would see stars and models and would say to myself, “One day!” I realized I could go there and get a cup of coffee and watch people. So I’ll be headed there this afternoon. And also foot reflexology places — we don’t mess around when it comes to that and have done a taste test of all of them in the West Valley. The top two: Happy Foot on Ventura in Woodland Hills, not to be confused with Happy Feet on Ventura in Encino. For shopping, aside from Burbank Town Center, which is my closest place for New York & Co., I have a girlfriend who has a boutique in Woodland Hills called Elle A. She’s a young entrepreneur and mom, so I try to pop in there and support when I want to pick up gifts and little pieces.

Will you do a runway show for this collection?

Honey, every day is a fashion show! Check my social media!