When Toscana opened, my wife, Jeanne, and I took our youngest — Reed, then 6 weeks old — for dinner. There was such a pleasant din, he slept the entire time. That night is symbolic of all our times at Toscana. It’s remained a special place to us.

Usually a restaurant is a place you go for business or a place you go to relax with family. Toscana is where I do both. My former partner Dana Walden [now Disney TV Studios and ABC chairman] and I liked to take writers, producers or talent. Whether at lunch or dinner, we experienced a warm sense of belonging. That was the message we wanted people to feel about coming to 20th Century Fox: that you’re among family, you belong. It’s a great environment to woo, which generally worked.

I remember being there with Keifer Sutherland at the height of 24; every eye in the restaurant was on us. We took Kurt Sutter, who created Sons of Anarchy, both with and without his wife, actress Katy Sagal. Howard Gordon and Alex Gansa, who among other things created Homeland — we’d been doing business with them for 20-plus years. I recall dining with Liz Meriwether, who created New Girl. Liz is outrageously funny, and you wouldn’t take her to a stuffy, fancy restaurant. You wanted someplace raucous and warm. A decade later, we were still in business.

Dana and I went to dinner with Dan Fogelman, who created This Is Us — he was one of the people we’d tried to woo. He had a deal at Disney and was quite loyal to them. We tried to convince him that it would be different at Fox. We said that when he created a great show, we’d take it to the right network. His first piece of business with us was This Is Us, and as much as we would’ve loved it on Fox, we thought it would have a unique opportunity to succeed on NBC. And it turned into a big giant hit. The irony is, now that Disney has acquired Fox, he’s going back to Disney. 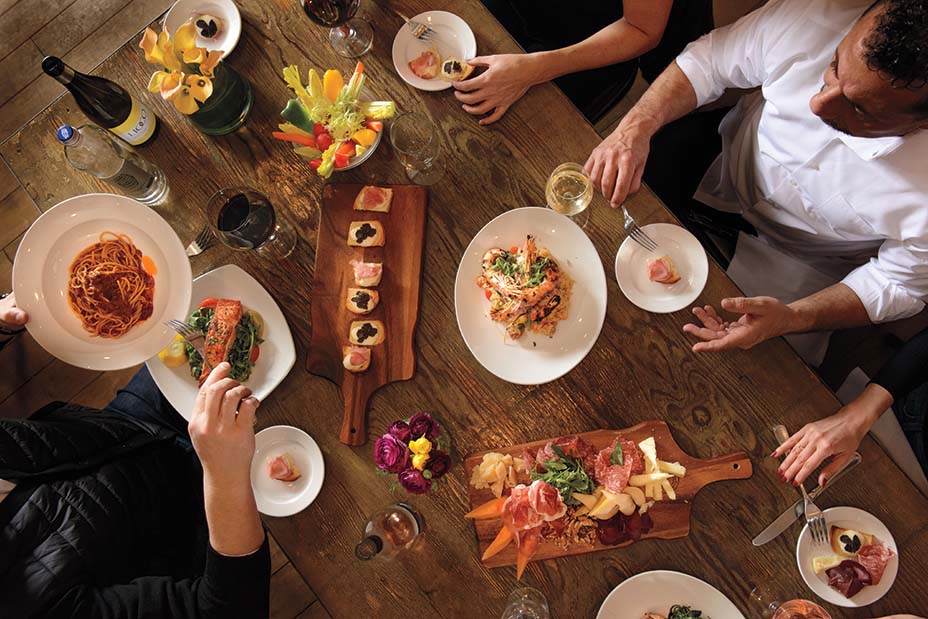 Back around 2007 or 2006, we held a “couples counseling” dinner to try to build a successful partnership between the Fox network and studio. Peter Chernin hosted. We had about 30 people in that private room. The culture was not always great between the divisions — there was a lot of sibling rivalry. Kevin Reilly was running the network at the time, and we knew that to be successful, we had to break down the walls between our companies. So we did this dinner to build personal relationships that would lead to far better business relationships.

We’ve had lots of parties at Toscana over the years. When Jason Winer, the director of Modern Family, was getting married to Jackie Seiden, we had studio executives come celebrate their engagement. We also had my “dissolution” party when I decided not to go on to Disney. Our friends at Fox held a party for Dana and me, about 16 or so of us in that private room. We all got up and talked about being partners for 20 years. Tears were shed. It was a wonderful night. 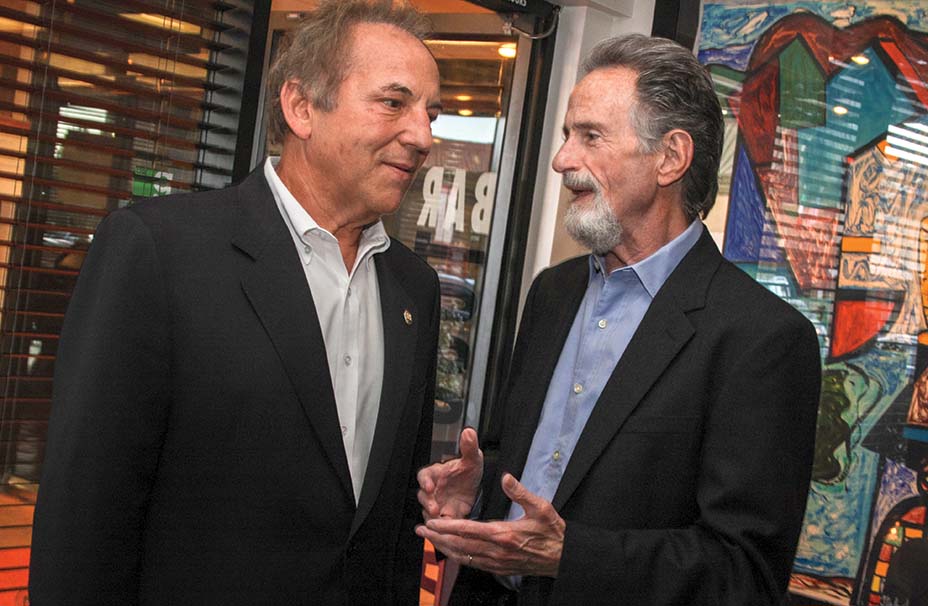 The people I see at Toscana are those I see frequently. But one person I really enjoyed running into, because I didn’t see him too often, was Steven Bochco and his wife, Dayna Kalins. They ate there a lot. Steven was such a powerhouse, the ultimate guy’s guy. You’d go up to his table and it was never going to be a simple hello. You’d shake his hand, and he’d grab it and hold it. He’d always have a joke or quip. He was so important to our industry, and really missed. Maybe the last time I saw him was at Toscana.

We’ve been to the restaurant with big stars and big writers. But by far the night when I was sitting at “the” table was when my wife and I dined with owners Mike and Kathie Gordon. You would have thought you were sitting with royalty. 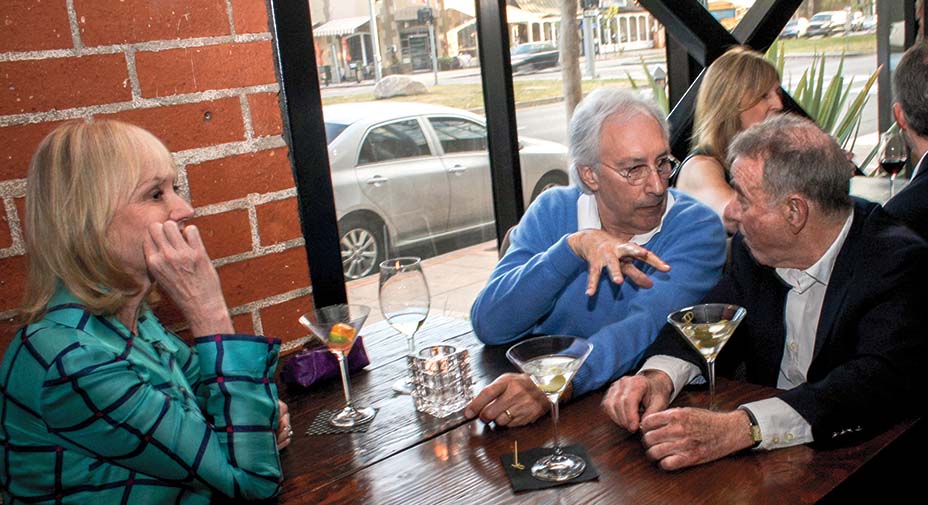 The semi-circular window closest to San Vicente is the power seating. Those tables are the quietest and you have a view of the entire restaurant. If we make a reservation in advance, they’ll always seat us there. If we get lazy about making plans on a Friday or Sunday night, and just my wife and myself or maybe a couple of kids show up, they always find room for us. For a large group it’s the opposite side of the restaurant, a rectangular table where you can seat 10 people.

Mike and Kathie are open and gracious, and so are the waiters and the maitre d’s who remember your name. People in our industry like knowing that they’ll be taken care of. In our business, perception is often as important as reality. Going to a restaurant where they treat you like a VIP, it’s important.