Clooney was outfitted in his go-to Armani tux, but the legendary astronaut entered wearing a replica of his iconic Apollo 11 spacesuit — the original resides in Washington, D.C.’s National Air and Space Museum — after a stunt double floated high above the 300-plus audience, a global mix of Omega VIP clients and journalists. For the briefest second, you had to wonder if that just might be Aldrin up in the air — this is a man who has trekked to both the North and South Poles and down to the Titanic since he and Neil Armstrong first stepped on the moon on July 20, 1969. But Aldrin is, after all, 87 years old, and while he remains filled with gung-ho energy (as his recent stint on Dancing With the Stars will attest), Omega was taking no chances with a bona fide American hero. 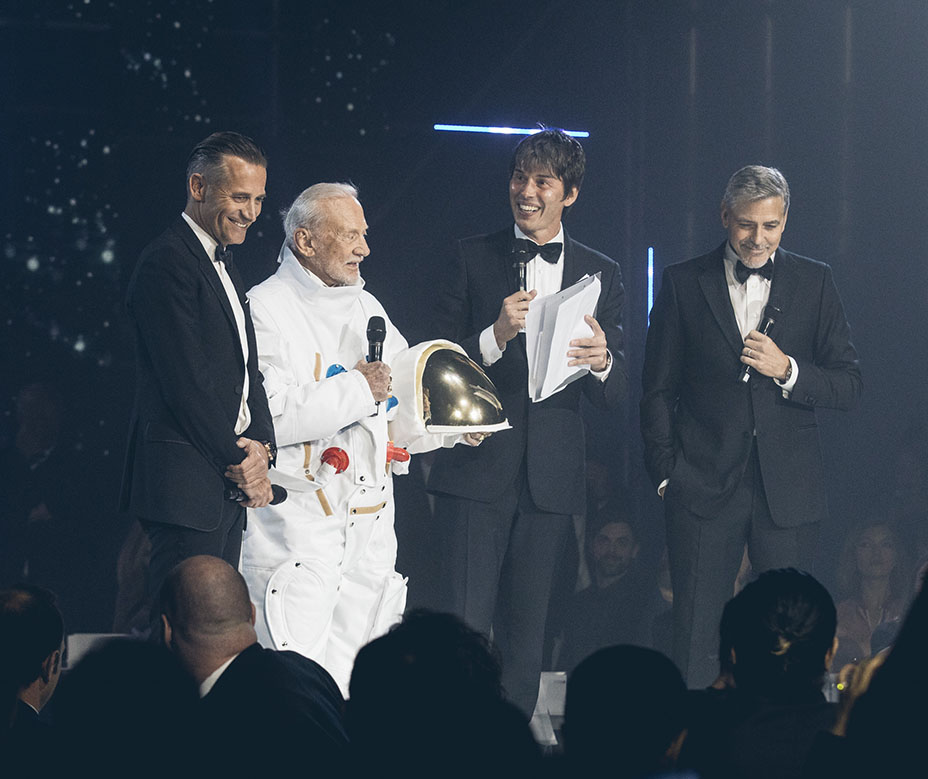 Aldrin was just one component of the Swiss-based watchmaker’s plans for the gala, christened “Lost in Space.” In the dark, cavernous Tate Modern space, the event’s futuristic design seemed to reference a variety of space films — a heavily backlit, monolith-like entrance felt equal parts Close Encounters of the Third Kind and 2001: A Space Odyssey — while Aldrin’s stunt double tumbling through the air evoked thoughts of Clooney’s ill-fated character in Gravity.

But ultimately this was a tribute to a watch, which likewise enjoys its own history in space: the iconic Speedmaster chronograph, celebrating its 60th anniversary this year. Originally developed in 1957 as a watch for racing and other sporting pursuits in which the ability to precisely time an event was key, the Speedmaster soon caught the eye of NASA, partly because a few of the test pilots in its burgeoning space program were already wearing it. Fast-forward to 1969, and it was a Speedmaster that Aldrin wore on the lunar surface, a moment that also earned the model its nickname: Moonwatch. (That was just the start of NASA’s relationship with Omega — indeed, Netflix Apollo 13 to be reminded of the integral role the watch played in that mission.) 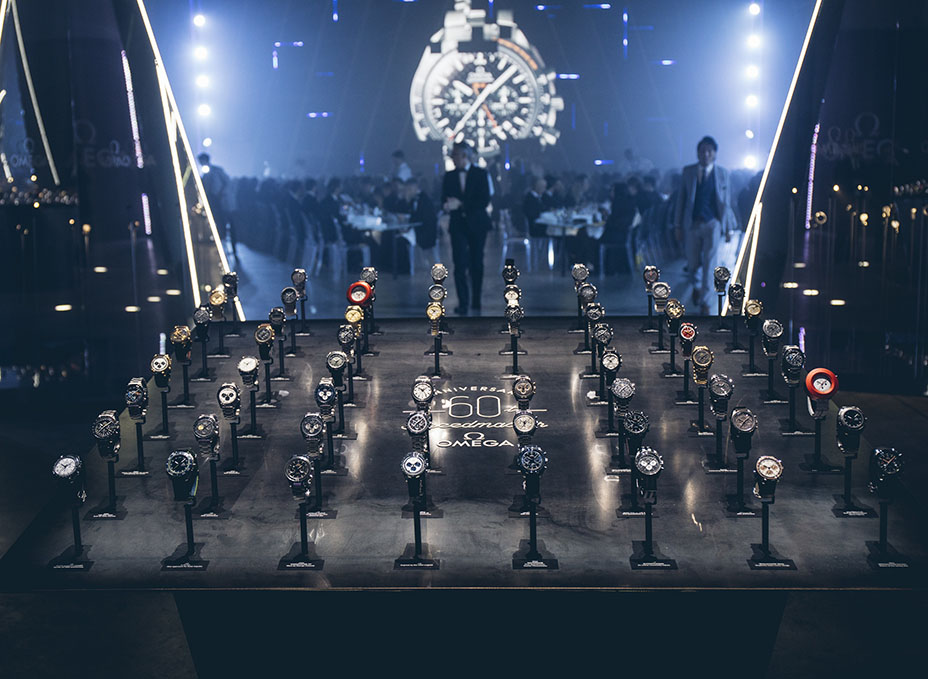 Earlier on Wednesday, Clooney got a chance to spend some private time with Aldrin, and while he’s participated in Omega ad campaigns for 15 years, at the gala he said he was there more as a fan than spokesman. “I was 8 years old, and we were watching live on television as Neil and Buzz were the first two human beings to step on the moon,” he remembered. “There have only been 12 people ever to do it in the world, so it’s an exceptional honor to meet him and be here with him tonight.”

That a Speedmaster was Clooney’s first watch didn’t surprise Omega president and CEO Raynald Aeschlimann. “We have a lot of people buying it as a first watch,” he said. “Even after 60 years, its power and charisma have not diminished.”

Aldrin offered his reminiscences of the Apollo 11 experience after being asked if he had felt nervous before the perilous undertaking. “We weren’t scared,” he said. “We were proud to have been able to represent everyone and to have the skills and knowledge to carry out something that was very meaningful to us as astronauts, of course, but also to so many other people.” But he also didn’t miss a chance to rib Clooney for acting the part of a spaceman in Gravity. The Oscar-winning actor was ready with a response: “He’s just jealous because I had Sandy Bullock as [a fellow] astronaut.” 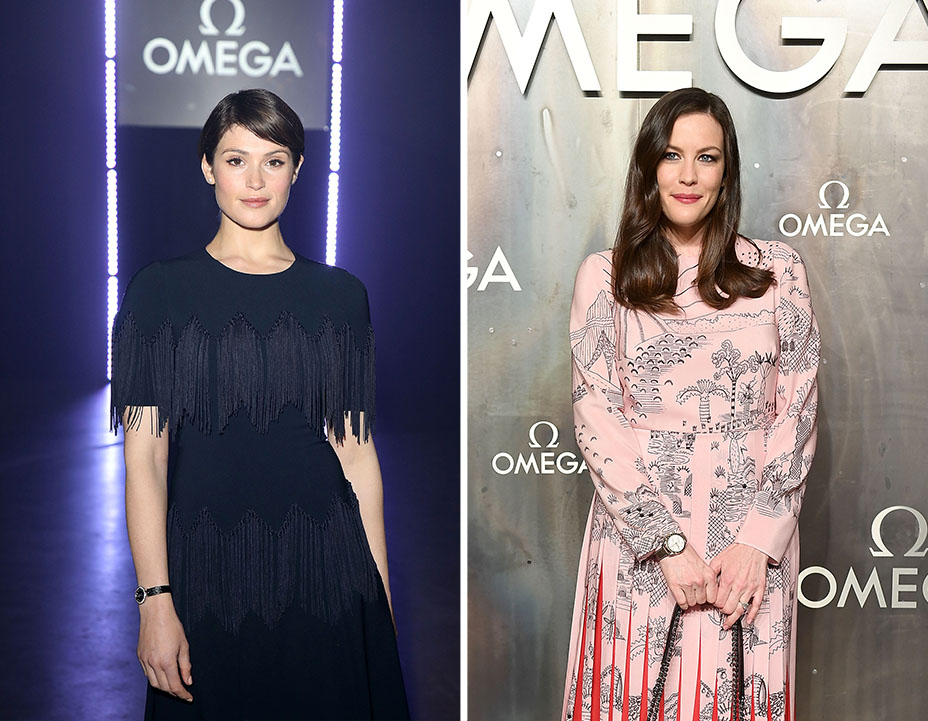 But with a handful of fellow A-listers in the room — including Joely Richardson, Liv Tyler, Gemma Arterton and Laura Carmichael — Clooney was quick to admit that play-acting ultimately will never compare to the real thing. “What we do is pretend,” he said. “We put on costumes and pretend to be Buzz, but we don’t really experience any of that, as you know.” His fandom of Aldrin and the space program was clearly in evidence as he concluded his remarks: “It mattered to all of us,” said Clooney. “What you did mattered to all of us, and I can’t thank you enough for your courage, your leadership, and everything you’ve done.”

Omega’s celebration wrapped up around midnight with an appearance from ESKA; on a stage high above a towering wall of video monitors, the London-born singer performed a song originally released just five days before Apollo 11’s launch. You guessed it: David Bowie’s Space Oddity.