“We have a running joke with Regina [King], to ‘never waste a waist,’” says Wayman Bannerman, one-half of the styling duo Wayman + Micah, alongside Micah McDonald. It’s a mantra the pair kept in mind on Sunday as they dressed the double nominee (and winner of best actress in a drama film). “Our distinctive spin was the precision of the fit,” adds McDonald, referring to King’s stunning, custom strapless, embellished Alberta Ferretti gown in a rose gold hue.

When it comes to defining red-carpet moments like these, it’s all about feeling good for Wayman + Micah, who readied the star at the Waldorf Astoria Beverly Hills with her glam team, hairstylist Niecy West and makeup artist Latrice Johnson.

After adding the finishing touches (Messika jewels and Vince Camuto heels), the stylists and King made their way to the Golden Globes at the nearby Beverly Hilton by golf cart.

“Regina’s always cool, calm, and collected. She’s a lot of fun with a killer playlist that gets her excited for the carpet,” says Bannerman, who has also developed a reputation amongst the duo’s clients for coaching them poses.

“Over time, he has developed mantras to say with clients while going over posing right before the carpet. They always say how calm and confident it makes them feel,” says McDonald.

Any words of encouragement for the awards show veteran before she hit the carpet? “Be your amazing self,” he says. Mission accomplished.

Here, some highlights from their day: 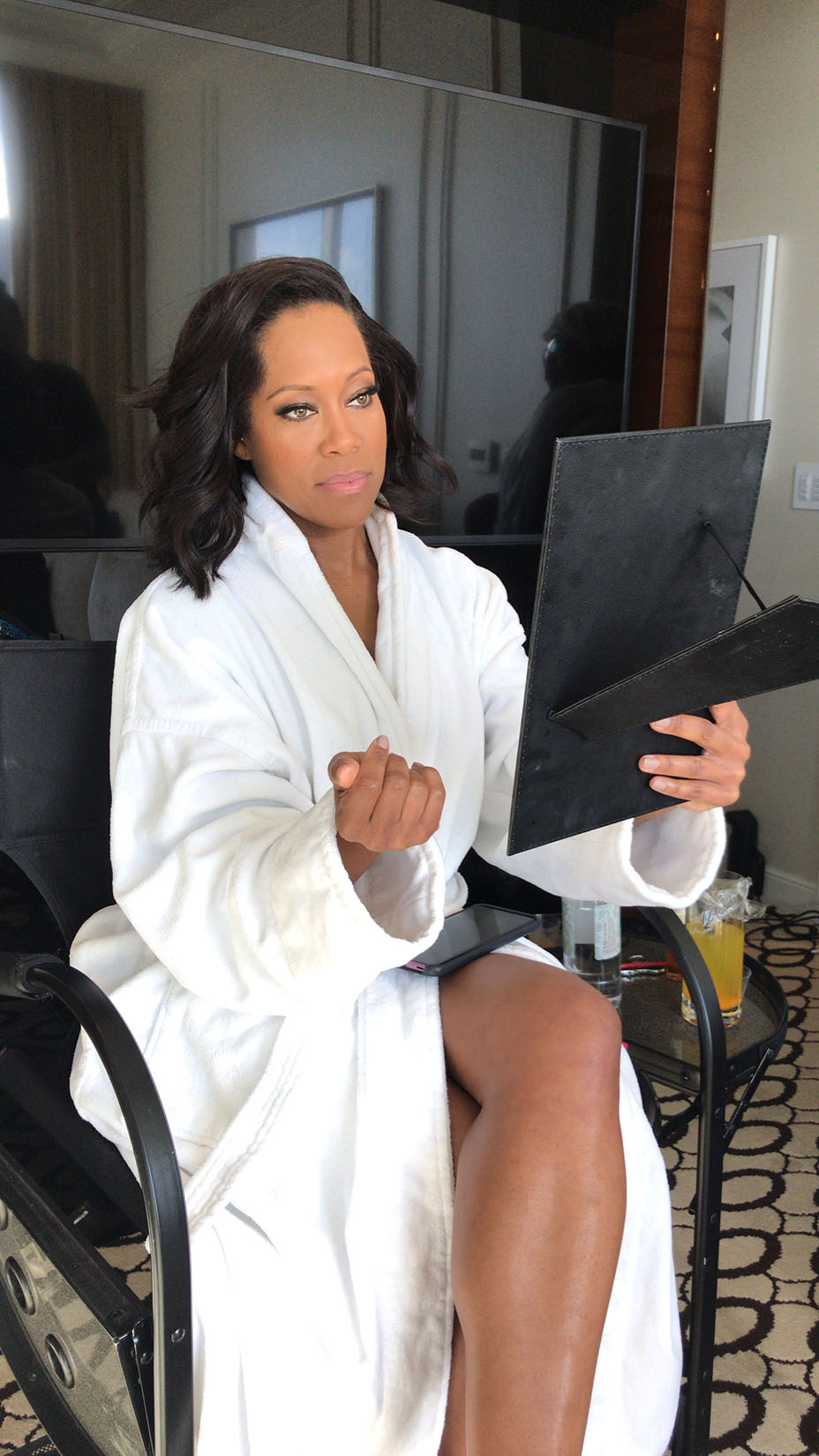 “Final approval on her Golden Globes makeup by Latrice Johnson.” 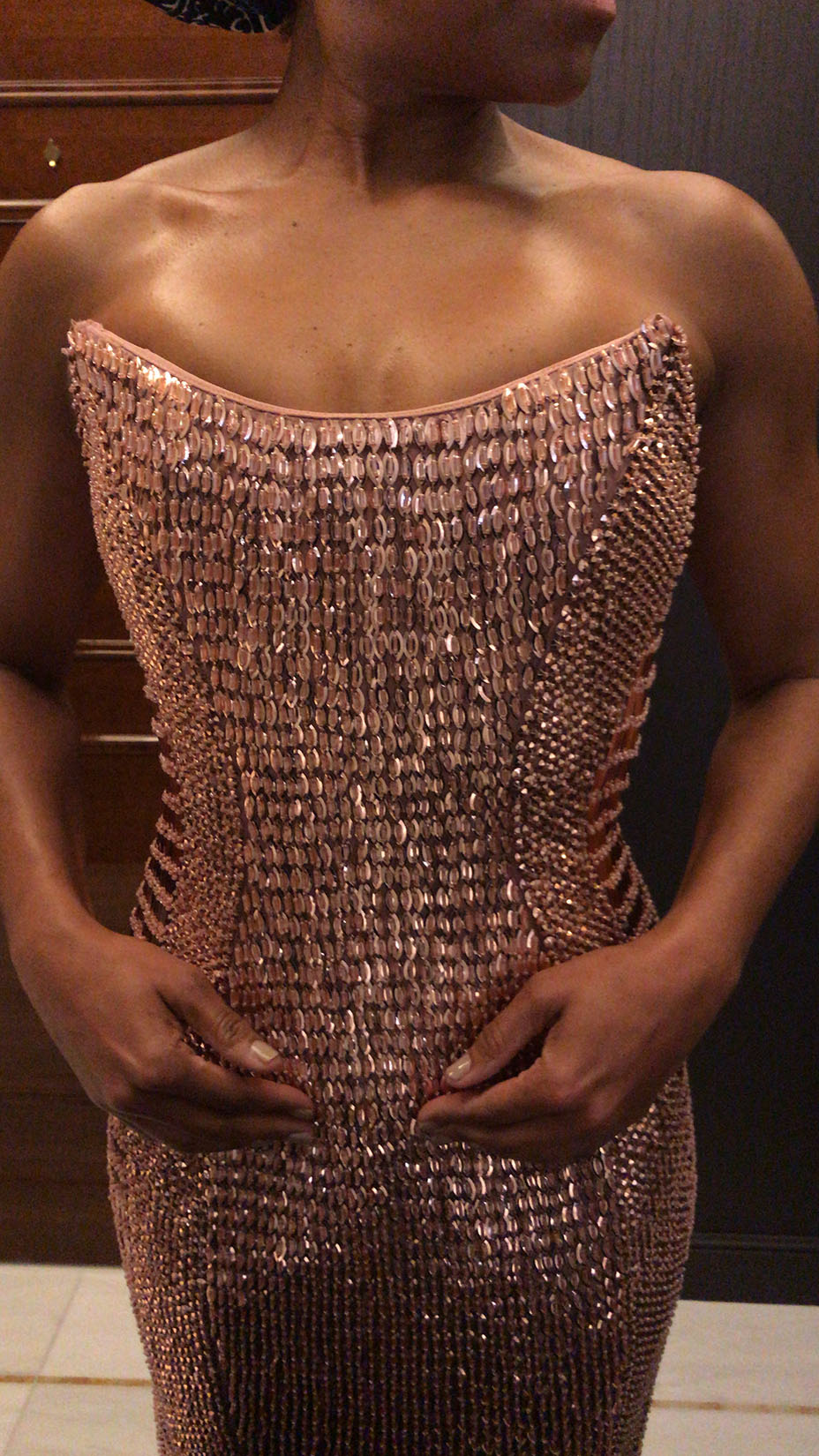 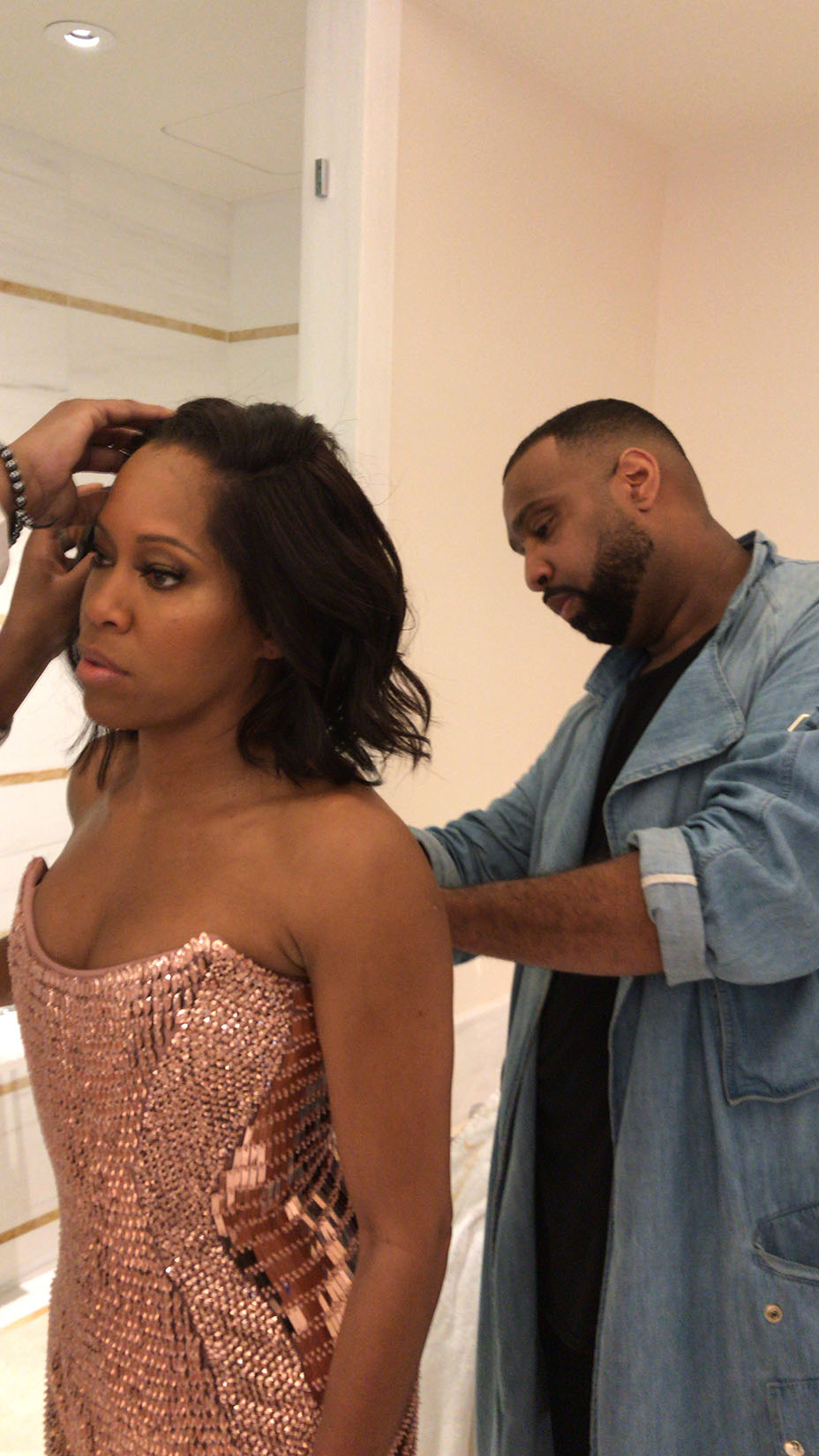 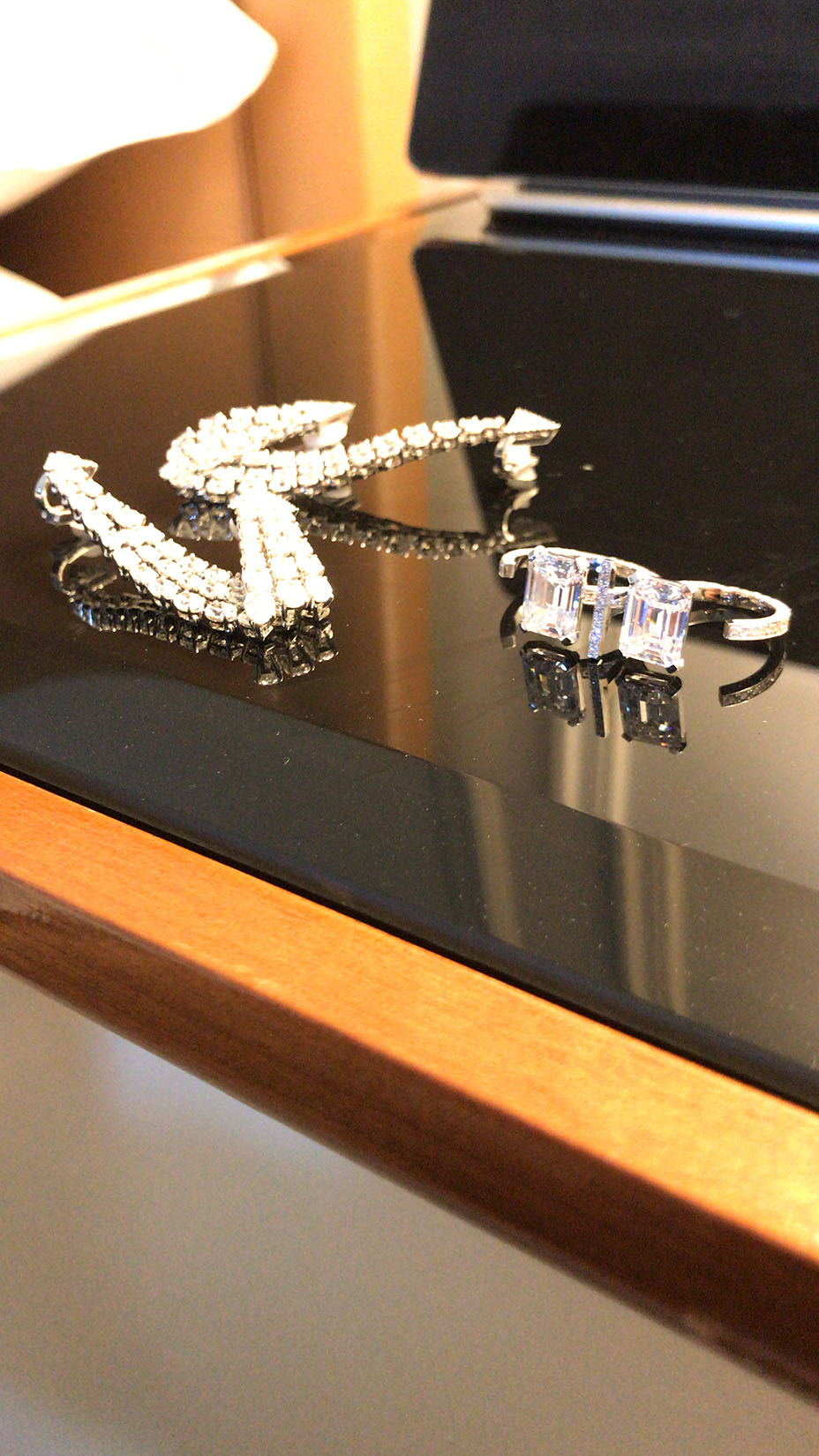 “Bling for the night by Messika” 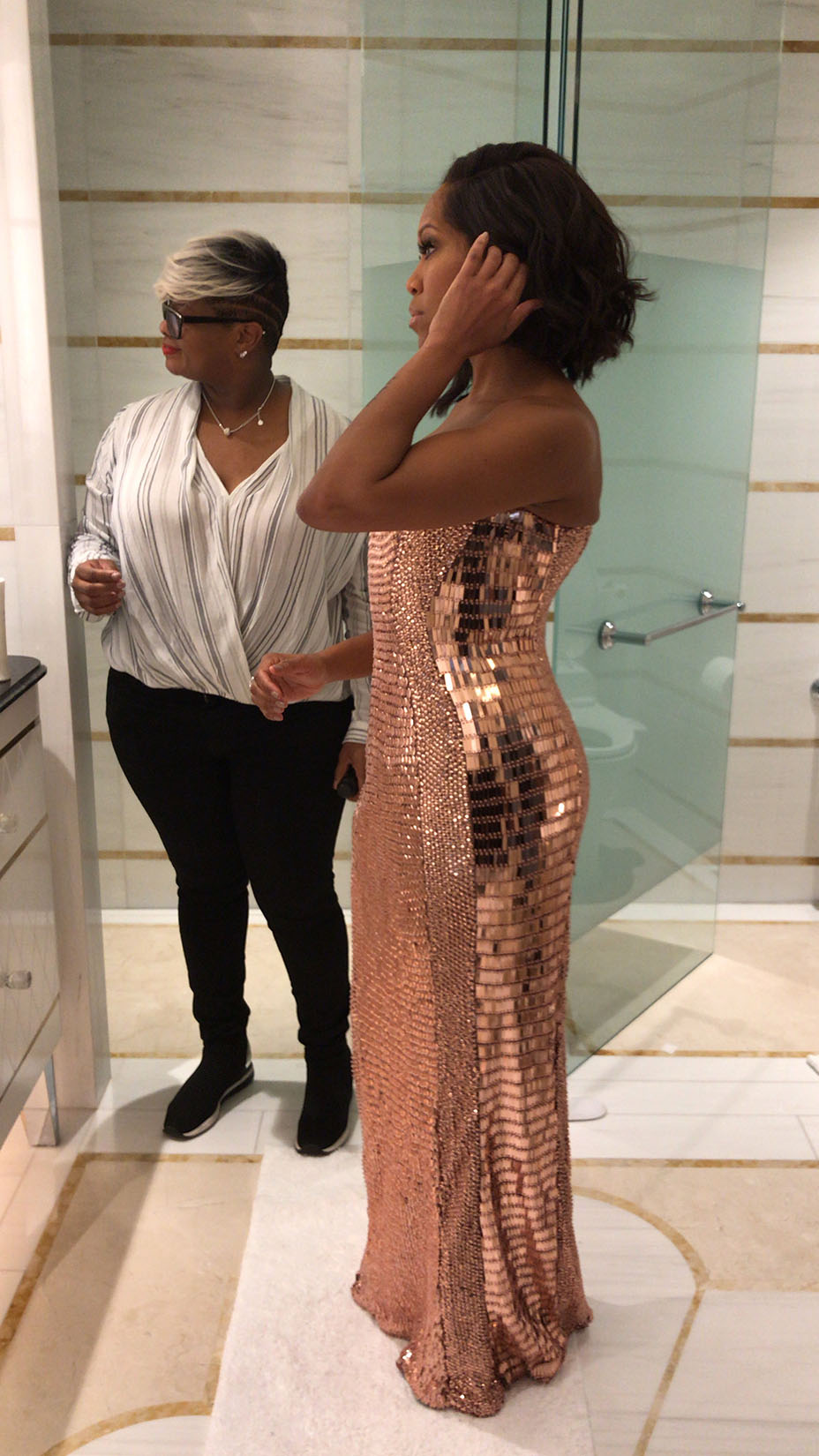 “The hair is perfect, Niecey.” 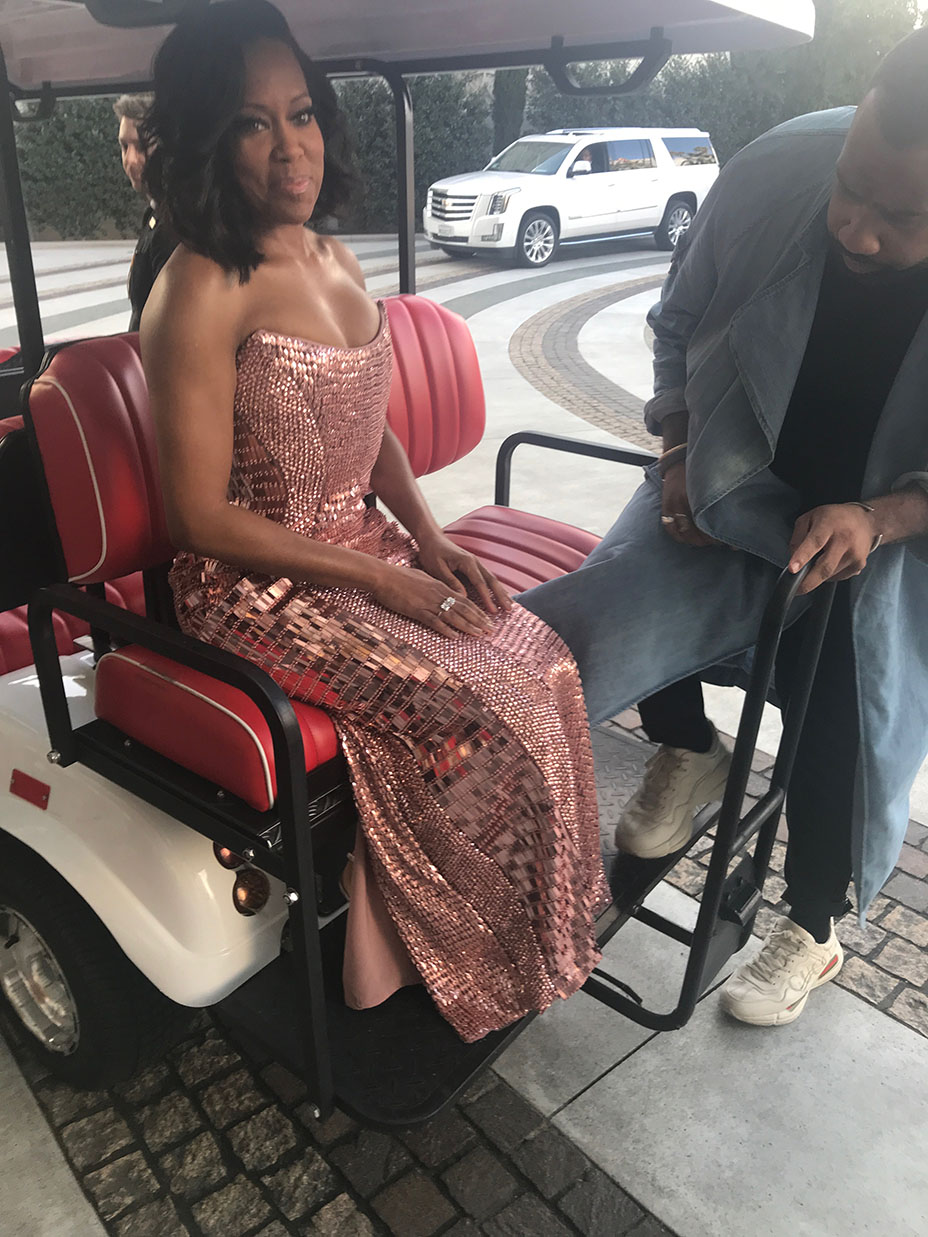 “Getting ready to ride off to the Globes!”