Hadid lived up to her supermodel status when she came strutting down the runway on just one sparkly platform sandal with such poise that at first glance, many showgoers didn’t even notice she was 50 percent shoeless.

Despite the massive height difference, Hadid stood on the tiptoes of her right foot to maintain a balanced stride as she closed the show. During the finale walk, Hadid leaned on sister Bella for some extra support. 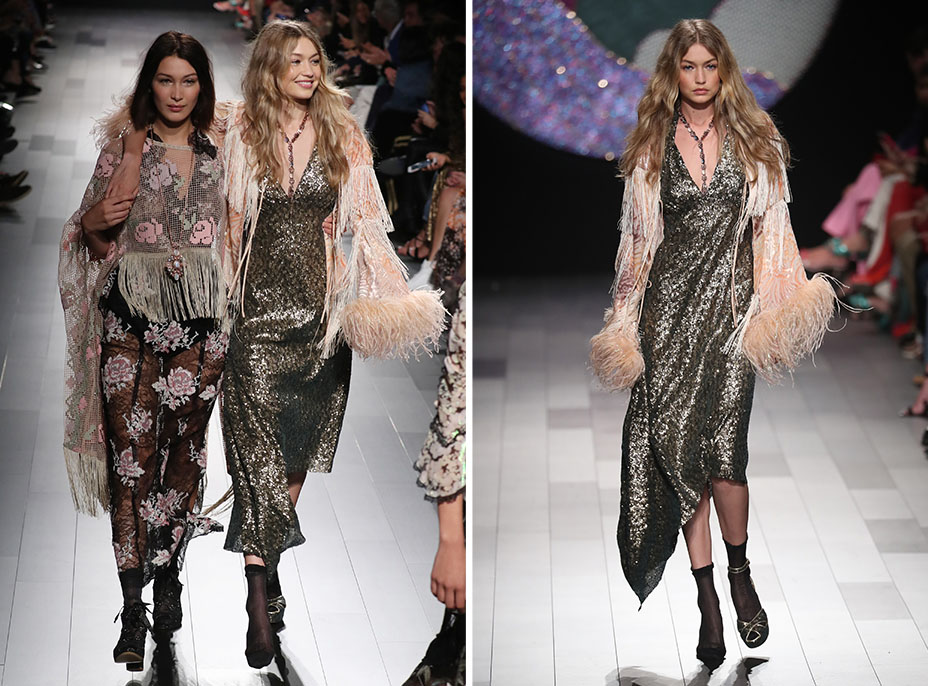 The sisters were just two in Sui’s massive runway cast, which included Dilone and Taylor Hill, as well as an older model and a plus-size model, proving that the designer had diversity on the brain. The cast, including men with luscious long locks that deserved a show of their own, paraded past a front row including Shay Mitchell and Rosario Dawson, the latter of whom appeared to be having a grand time. 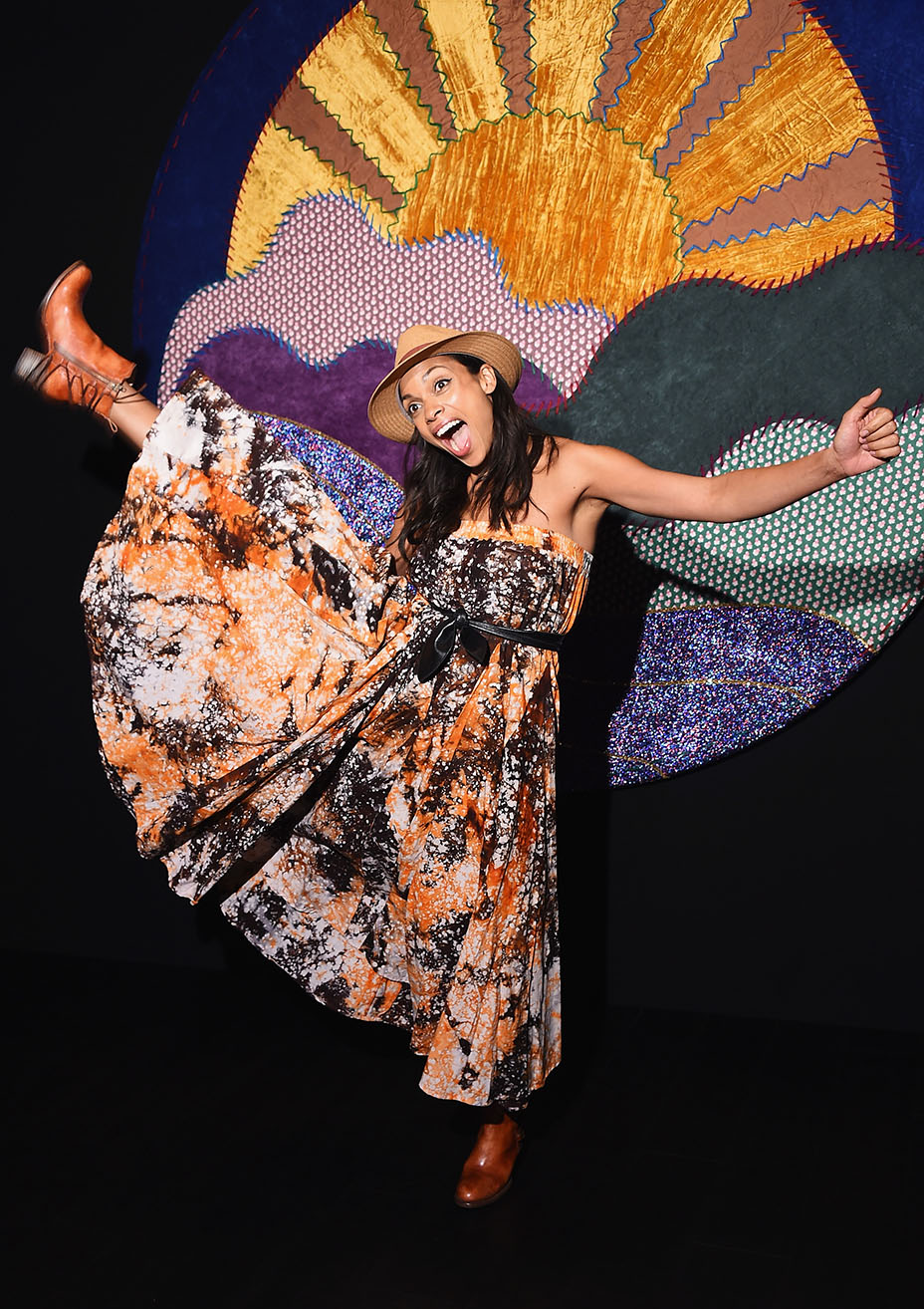 For spring, Sui proved once again that no one does the ‘70s quite like she does. Had her commitment to reliving the Woodstock counterculture era not been so wholehearted, it may have come across as gimmicky, however, thanks to the authentic-level details — knit chevron cardigans, chiffon poppy prints, both bell sleeves and bell bottoms, as well as plenty of fringe — not to mention the psychedelic Beatles medley soundtrack, Sui was able to create something definitely worthy of a Coachella ‘fit. 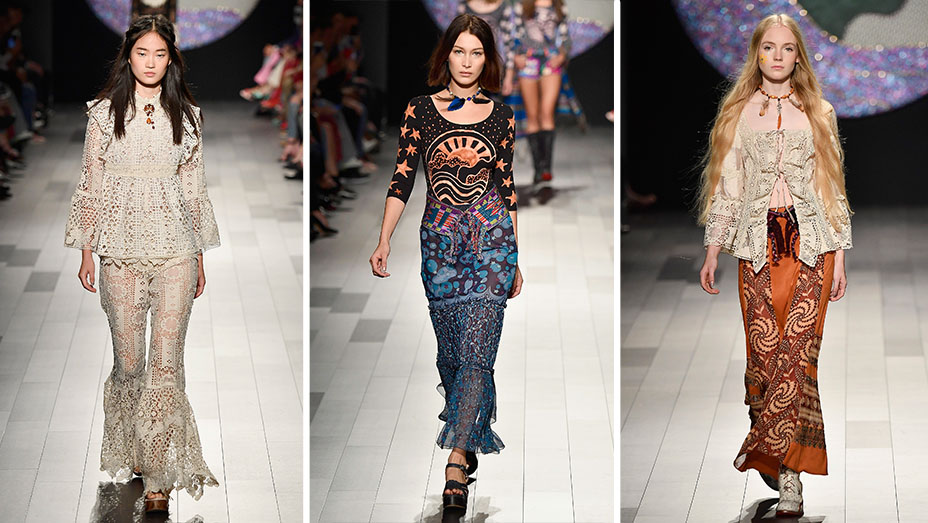 Also incorporated into the show were some beauty trends spotted around the festival circuit this past spring, including body paint, face glitter and half-up, half-down hairstyles tousled in such a way as to convey, “I just rolled around in a field of wild flowers.”

The real heroes, however, were the boots. Lace-up worn leather boots with a flared heel and intricate paisley patterns, as well as vintage-inspired cowboy boots in faded rusty red hues were the icing on the bohemian cake, imagined as easily on the modern streets of New York City as on Robin Wright’s character, Jenny (during her “free love” phase), from Forrest Gump. Can’t go wrong.

In case anyone wants to know what I want for Xmas… #AnnaSui pic.twitter.com/1sYCEVbvXO