Here’s a look at what Hadid wore on the red carpet and on stage. 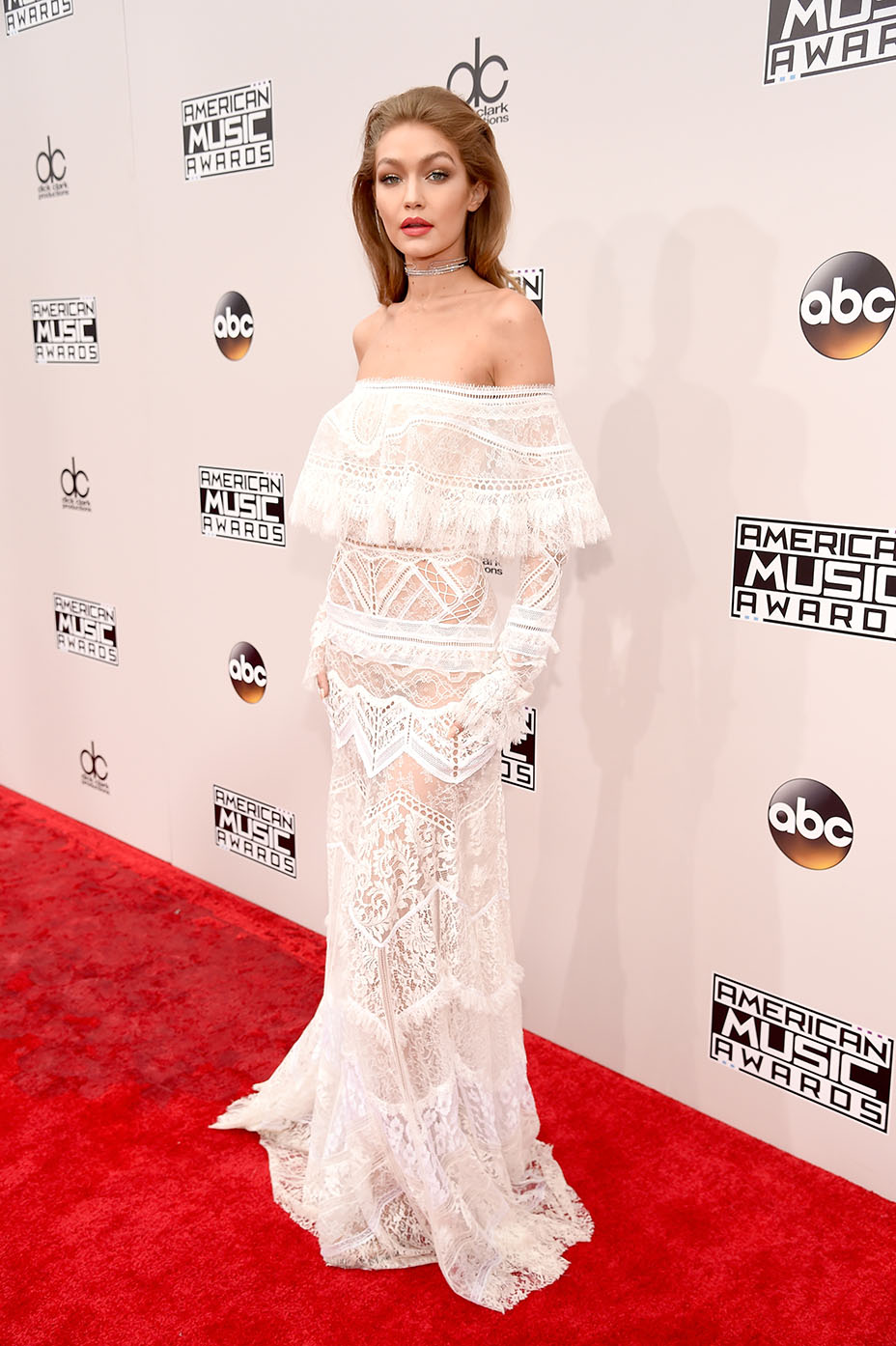 The catwalker worked the step-and-repeat in an off-the-shoulder Roberto Cavalli gown from Peter Dundas‘ last collection before he departed the fashion house in October. She punched up the boho gown with a bright rose lip and slicked back ‘do, a popular hairstyle for the evening. 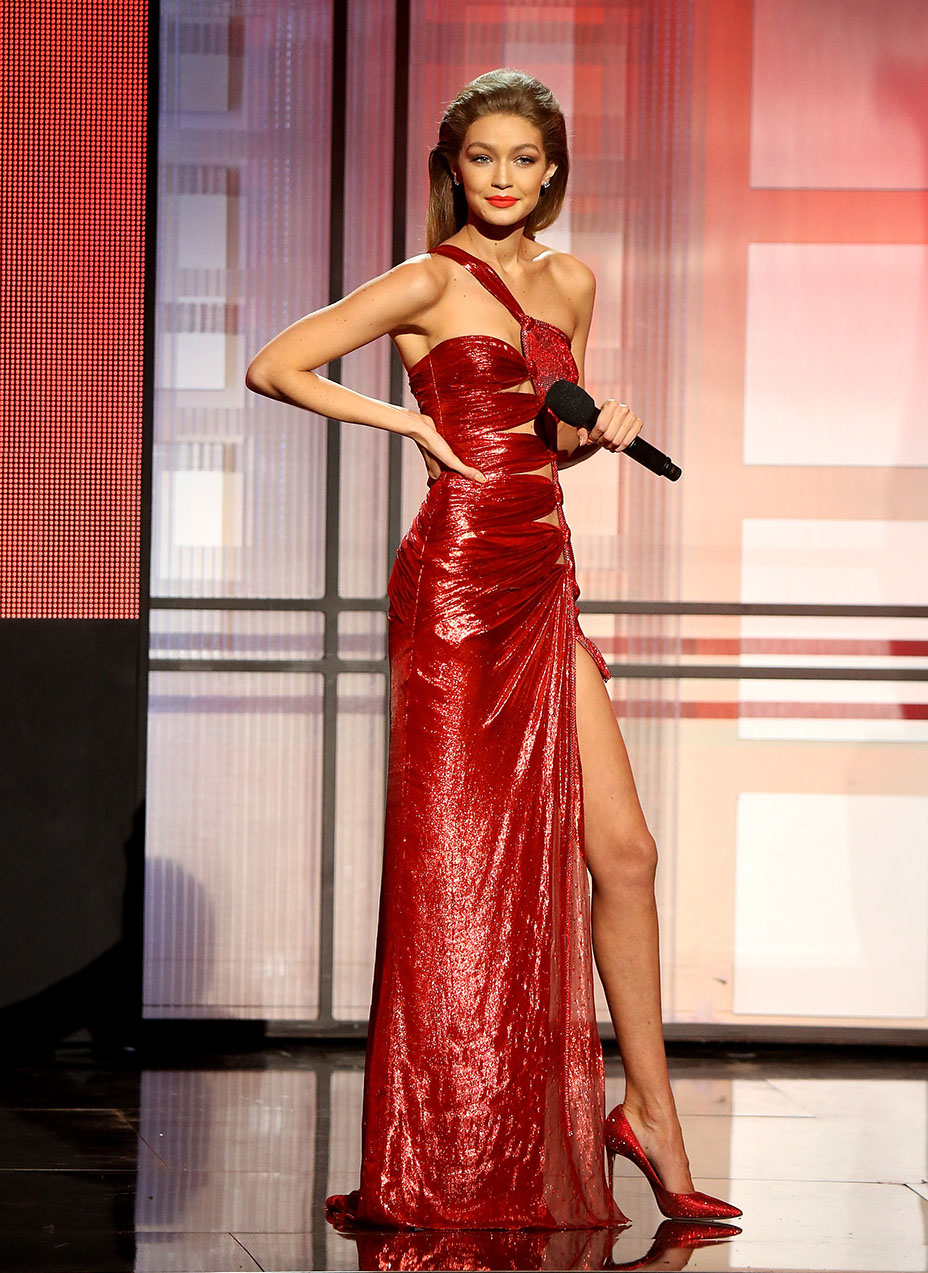 Kicking off the show with a Melania Trump impression, Hadid wore a cut-out Atelier Versace gown with Swarovski crystal accents and an asymmetrical hemline. 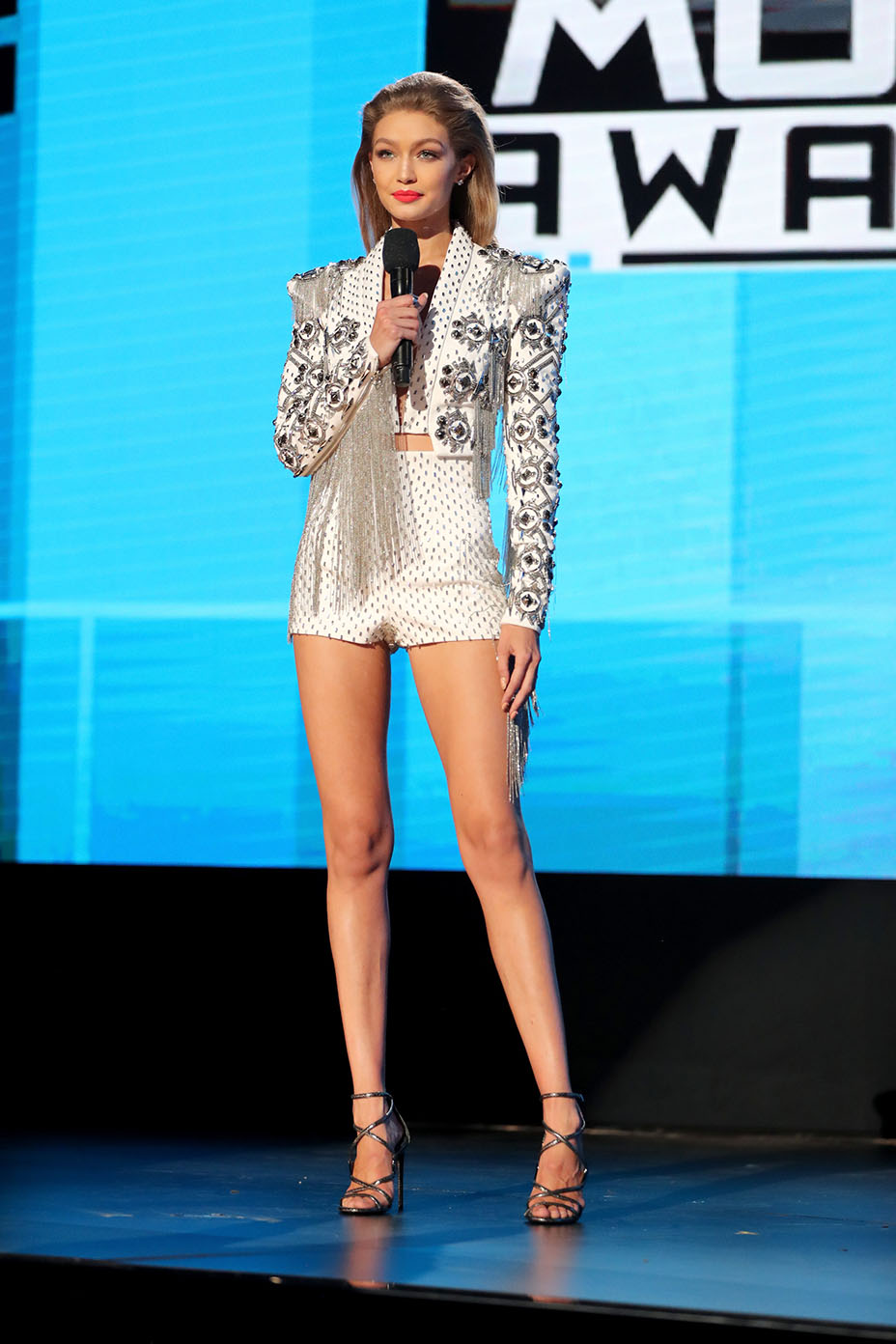 She then changed into a Western-inspired white embellished blazer with metal tassels and matching shorts from Julien Macdonald’s spring 2017 collection. Hadid opted for one of the UK designer’s sexy creations earlier this year in a see-through jumpsuit at a Sports Illustrated event. 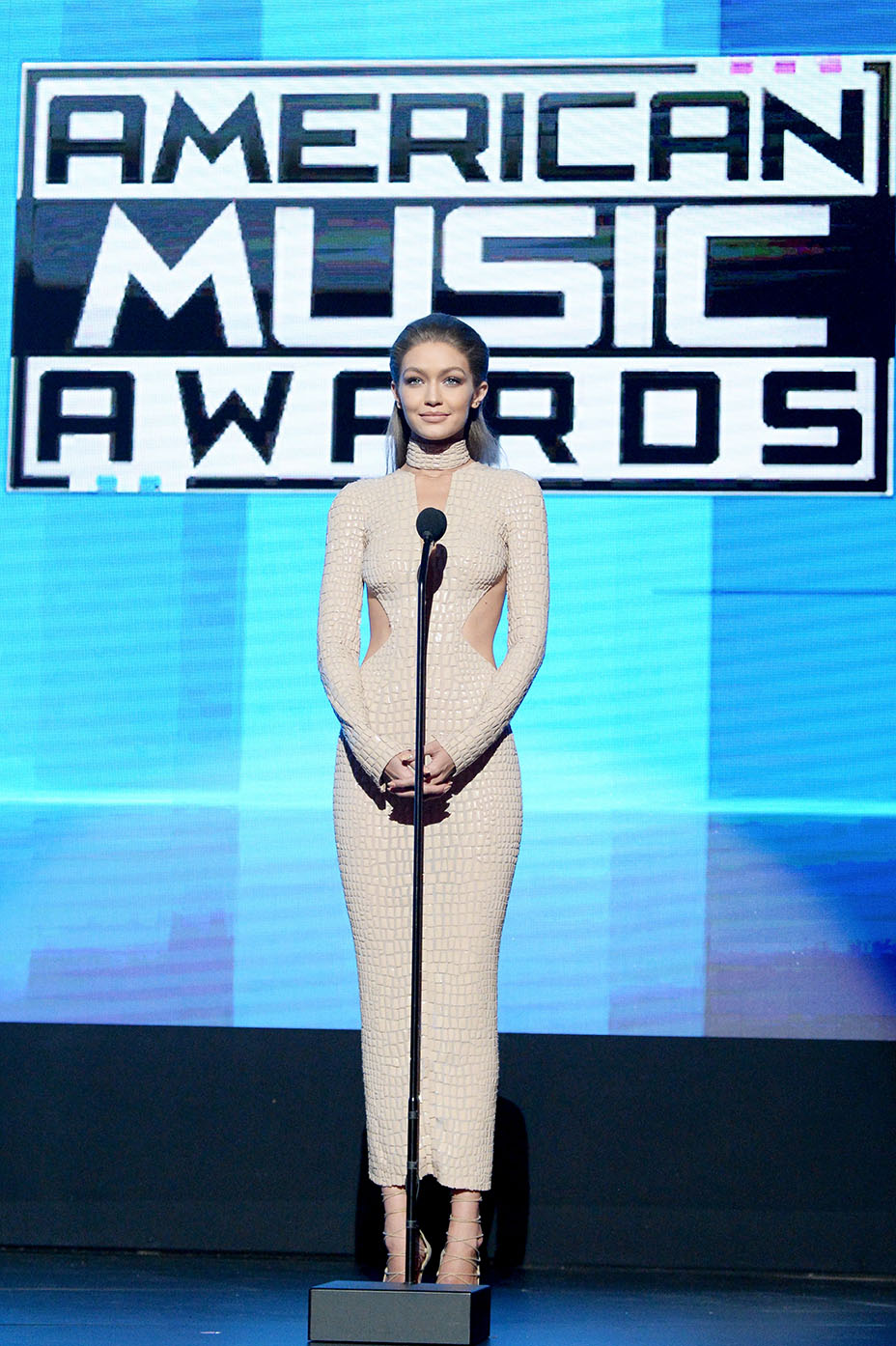 The runway rock star later switched into a nude, reptile-like pleather dress that showed off her fit figure. After boyfriend Zayn won new artist of the year, she was seen giving him a kiss backstage while wearing the hip-hugging custom look by Macdonald. 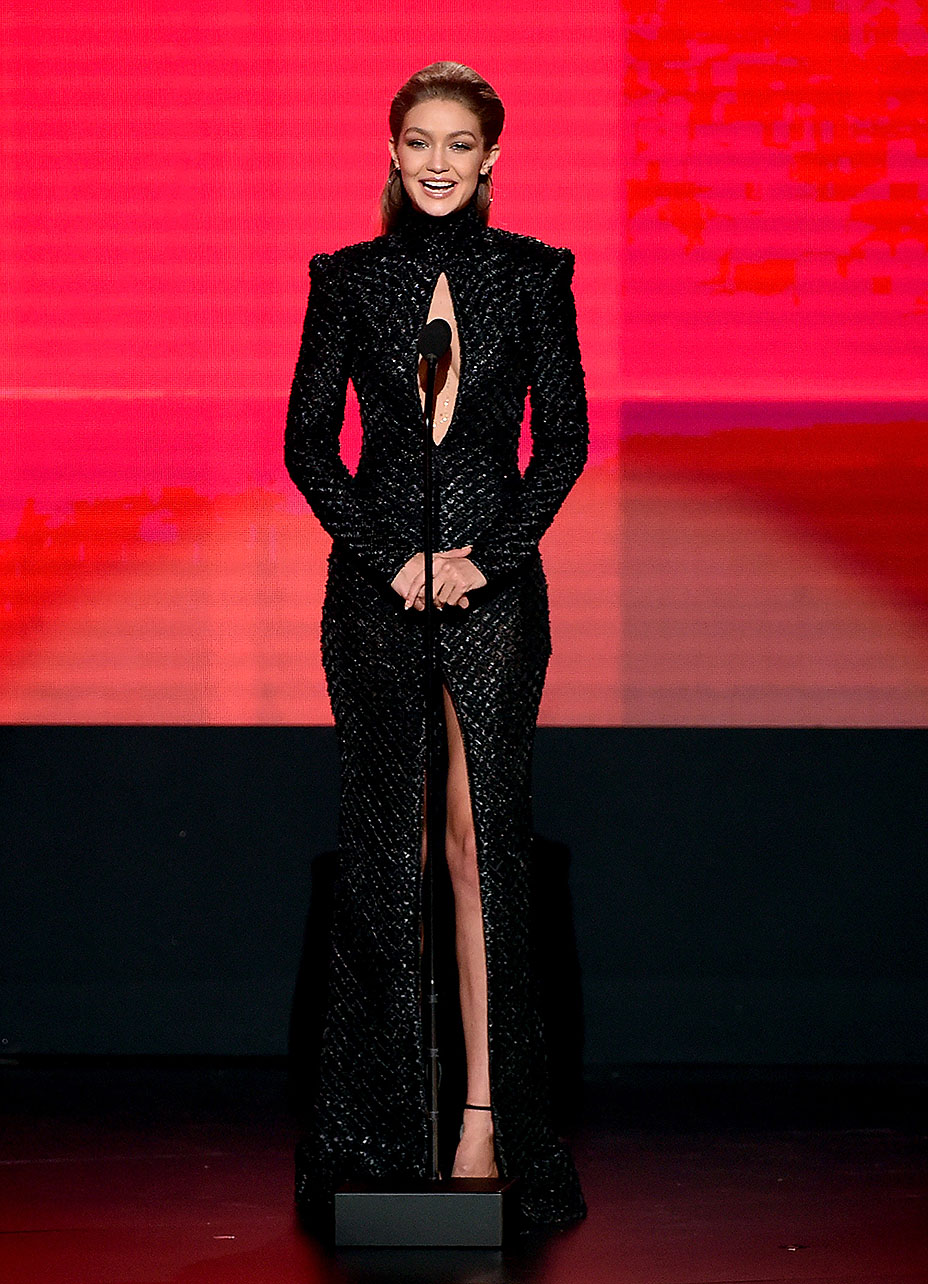 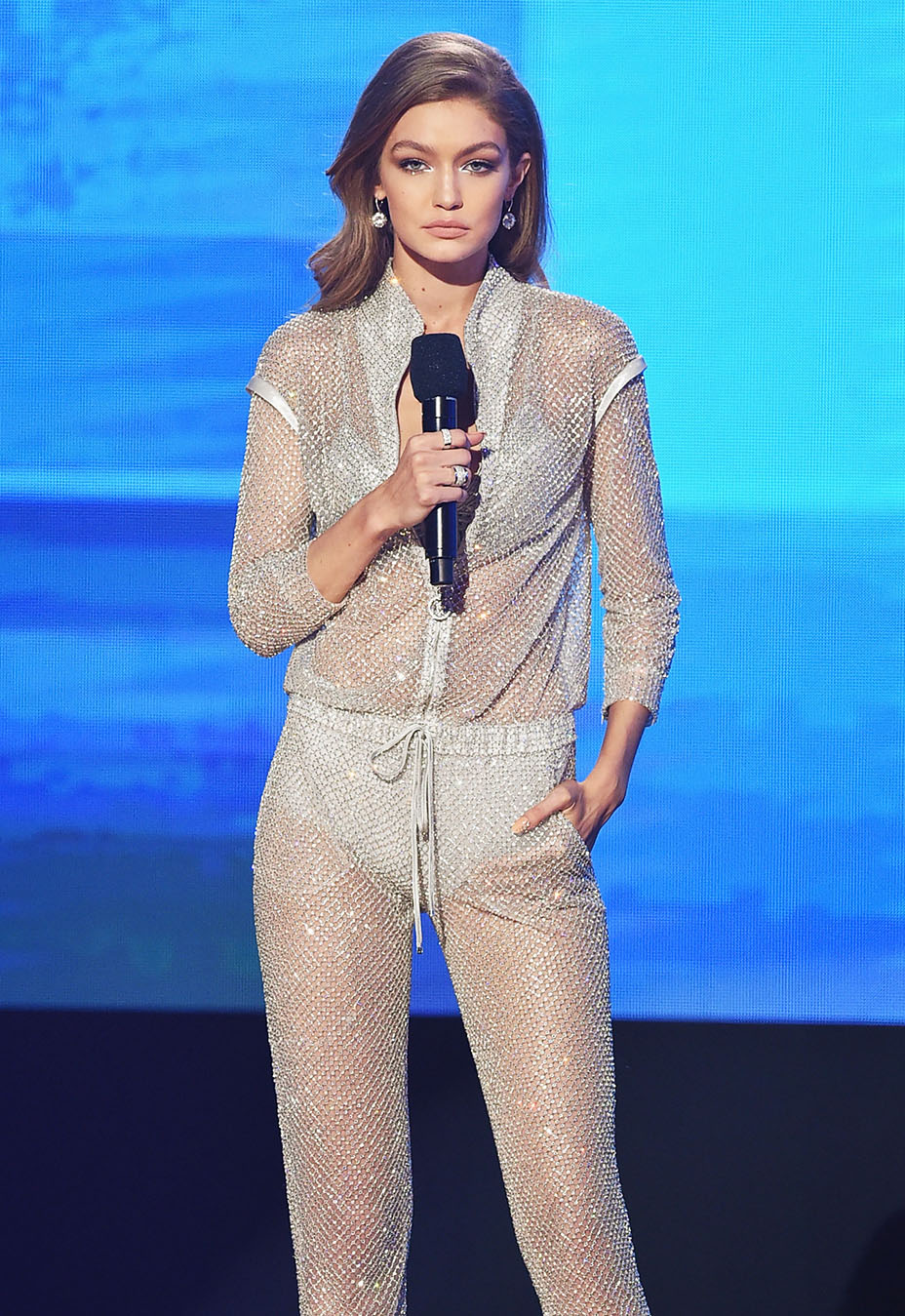 Hadid closed out the show with a bang in a sparkly, see-through Atelier Versace jumpsuit with a matching bra top and briefs.