In celebration of the partnership, the brand will issue exclusive limited-edition versions of two popular products: Lip Maestro velvet matte lipstick in signature Armani red infused with golden pearls, as a new shade 400G, and a coordinating new 400G Ecstasy Shine lip cream — both dressed up in special gold-lacquered packaging. 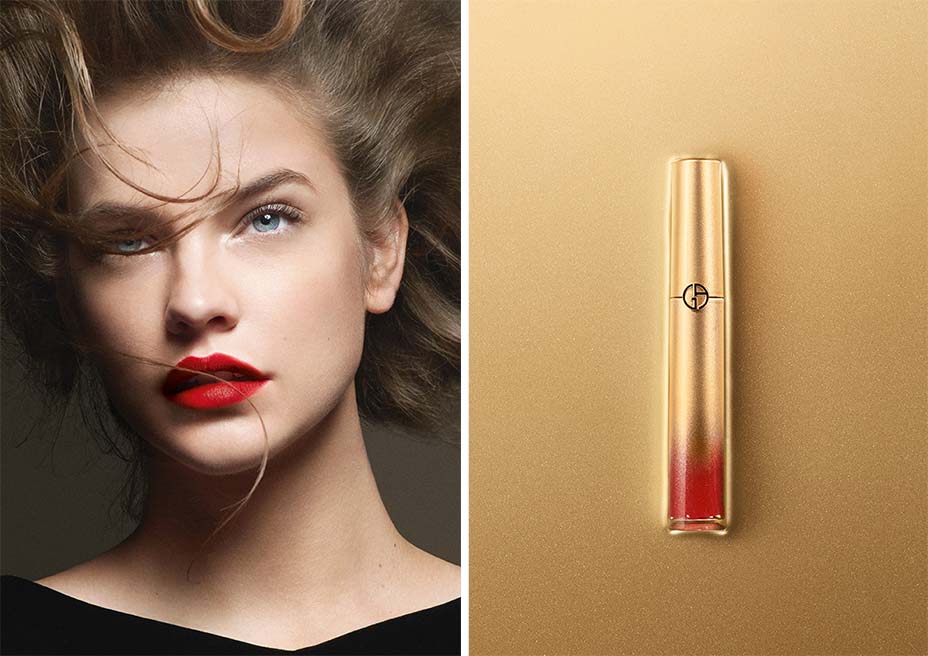 As part of its role as the main festival sponsor, the brand will provide makeup looks for stars and festival guests. Linda Cantello, Giorgio Armani Beauty’s international makeup artist, has designed two key looks: “luminous glamour” for daytime and “star power” for the red carpet.

“Cinema and the enigmatic beauty of its stars has always been a large part of the Armani beauty DNA, influenced by Giorgio Armani’s strong connection to past and present icons,” Cantello said in a statement. “Glamorous red lipstick is worn with panache in the daytime, invoking a charismatic luminosity and especially created in limited edition for the 76th Venice International Film Festival. For the Armani evening look, the eye is seductive, magnetic, with hints of navy blue and black, extremely easy to replicate, and the lip is a sensual nude. Star power at full wattage.”

In related news, fashion designer Giorgio Armani has been announced as president of the jury for the sixth Fashion Film Festival Milano, which will run Nov. 6-10 in Milan. Armani has created costumes for a long list of films, including The Untouchables, Stealing Beauty, Shaft, The Wolf of Wall Street, Richard Gere’s looks in Paul Schrader’s American Gigolo and many more, and has hosted film-related events at the Armani/Silos exhibition space in Milan that opened in 2015.