In 2014, Edgar Ramirez experienced what every watch collector fears most: His timepieces were stolen from his apartment in Caracas, Venezuela. “I had just come back from the movies and saw all of my things on the floor. I didn’t have a safe, and the watches were in my kitchen because that was the place I would put them on before I left the house. They stole the only valuable thing that I had, which was my watches,” says the actor, 39.

It wasn’t the loss of the objects that bothered Ramirez so much as the trespassing on the moments in his life that each piece represented. To Ramirez — who was studying to become a diplomat before he decided to pursue acting in 2002 — his growing watch collection was a mirror in many ways of his rise in Hollywood, which has culminated this year in high-profile roles in August’s Roberto Duran biopic Hands of Stone, October’s The Girl on the Train and the upcoming crime adventure Gold alongside Matthew McConaughey.

Stolen was the Chanel J12 Chromatic titanium ceramic watch (a gift from the brand) that he wore to amfAR’s Cinema Against AIDS Gala at Cannes in 2011, the same year he was nominated for a Golden Globe for playing Venezuelan terrorist Carlos the Jackal in the biopic series Carlos. “It was a beautiful gift. It meant something, and it meant a moment,” he says. “Every time I would wear that watch, I would remember how fun that event was.”

Also gone: a Cartier Santos; a TAG Heuer Aquaracer (“The first rubber band I had”) that he bought around the time he landed his first English-language role in Tony Scott’s 2005 film Domino; and a Montblanc TimeWalker Chronograph that he wore to Toronto two years later as the star of The Liberator, in which he played Venezuelan revolutionary Simon Bolivar. He’d been drawn to Montblanc for a personal reason — his father, a retired military attache and a watch lover (“He was a Rolex guy”), had collected its fountain pens. 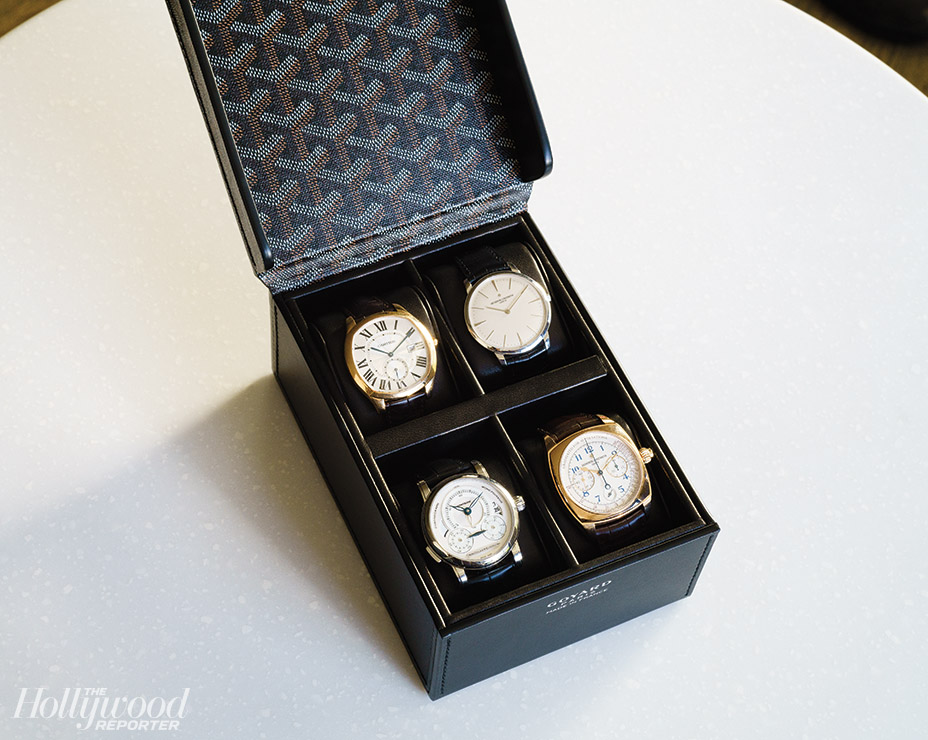 Ramirez, whose grandfather was a tailor, says that growing up in Venezuela and across Europe (as his father changed postings) helped him form a genuine appreciation of style. “Even though Venezuela is going though a very painful crisis right now, it was a very cosmopolitan country, and many Venezuelans from my generation were exposed to a lot of different cultural ideas,” says Ramirez, who splits his time among four cities (Caracas, Panama City, New York and Los Angeles).

When it comes to watches, his taste, not unlike his understated acting style, veers toward pieces that don’t have a lot of ornament. “I like watches that have a gravitas and a simplicity,” he says, “watches that, despite their complexity, you can read very easily.”

Ramirez has since rebuilt his collection and it’s already becoming just as meaningful to him. It includes a rose-gold Cartier from the new art deco-inspired Drive collection. “For something casual, with a sporty suit, the Cartier is great. I wear it every day,” he says.

He also has acquired two elegant Vacheron Constantins. One is a slim dress watch, the Patrimony in platinum, which he wore to the Girl on the Train premiere. “The Patrimony is very aerodynamic and feels very ’50s and, like most of my watches, comes on a beautiful strap. It goes great with a tuxedo.”

He takes pride in his gold Harmony Monopusher Chronograph (Vacheron Constantin’s homage to a vintage doctor’s watch from 1928), noting that his is No. 210 in an edition of 260. “There is a beautiful moment attached to the first time I wore it,” he says. “It was a photocall at Cannes for Hands of Stone, and I was with [co-star] Robert De Niro. It was a long and beautiful day.”

For a fourth piece in his collection, Ramirez is getting a bit more unorthodox than his usual style, with Montblanc’s “Homage to Nicolas Rieussec,” featuring a non-traditional chronograph layout, plus day/night and date indicators. “There’s something about complicated watches that seems to move me now,” he says. And, this time around, “I have a safe.”