Glenn Close didn’t hold back when asked about the recent push for women filmmakers to achieve gender equality in Hollywood. “It’s about fucking time,” she told The Hollywood Reporter at Monday’s “Through Her Lens” luncheon at New York’s Locanda Verde. “We have to make special care for women, but I think we’re at a very exciting, potential tipping point, where it will become normal that our voices and points of view are accepted.”

This is the fifth year that Chanel has sponsored the program, a three-day workshop that supports five two-woman teams of filmmakers with classes, mentorships, peer sessions and, ultimately, much-needed funds, with $80,000 going to the winning team to produce their project and $5,000 each for the remaining four teams to assist with funding and development. The winning team will be announced at a cocktail party following the conclusion of the workshops Wednesday. 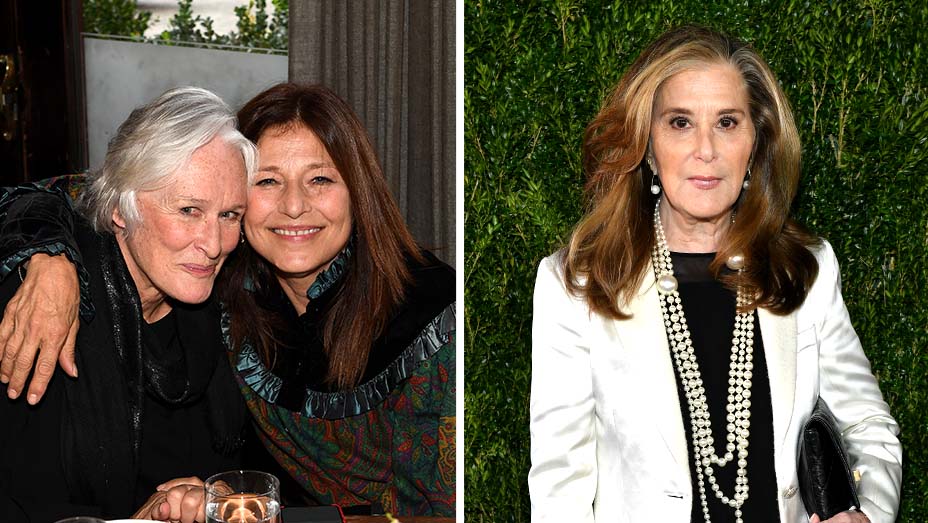 “Chanel was doing this before equality in the industry became a central conversation,” noted Paula Weinstein, executive vp Tribeca Enterprises, organizer of the Tribeca Film Festival, on the red carpet. “What’s so remarkable is that they don’t get anything out of it: They don’t put the films on their site, for example. Their entire goal is to support voices and get these women and their projects seen by people who can finance bigger films.” “Through Her Lens” success stories, Weinstein added, include 2018’s Feathers, a 19-minute short by director A.V. Rockwell, which was acquired by Fox Searchlight following its premiere at the Toronto Film Festival.

Monday’s luncheon, the annual kick-off of the program, drew a healthy mix of this year’s participants, which includes Catherine Keener and director Nicole Holofcener as mentors, while producer Dede Gardner and director Sam Taylor-Johnson are among the women serving on the jury. But the event also is notable for drawing A-listers who simply want to support their fellow women in film, with Close, Katie Holmes, Keke Palmer, Marisa Tomei, Zosia Mamet and Emily Mortimer among them.

“I was a mentor the first year and have appeared in a couple of the short films,” Mortimer explained. “Tribeca has done the most incredible job finding and curating talent. These women are experienced and savvy, and the work represents such a broad spectrum; these aren’t just ‘women’s pictures’ — there’s horror films and westerns. I feel like Tribeca always digs deep and finds really exciting people.”

This year’s “Through Her Lens” submissions include Champ, from writer-director Hannah Peterson and producer Taylor Shung, about a basketball player who must deal with an unwanted encounter with her high school coach during a train trip to an away game, and Keep It Together, from writer-director Bane Fakih and producer Birgit Gernbock, about a woman who must negotiate the streets of Beirut in the midst of civil war in 1976 so she may retrieve a beloved item. 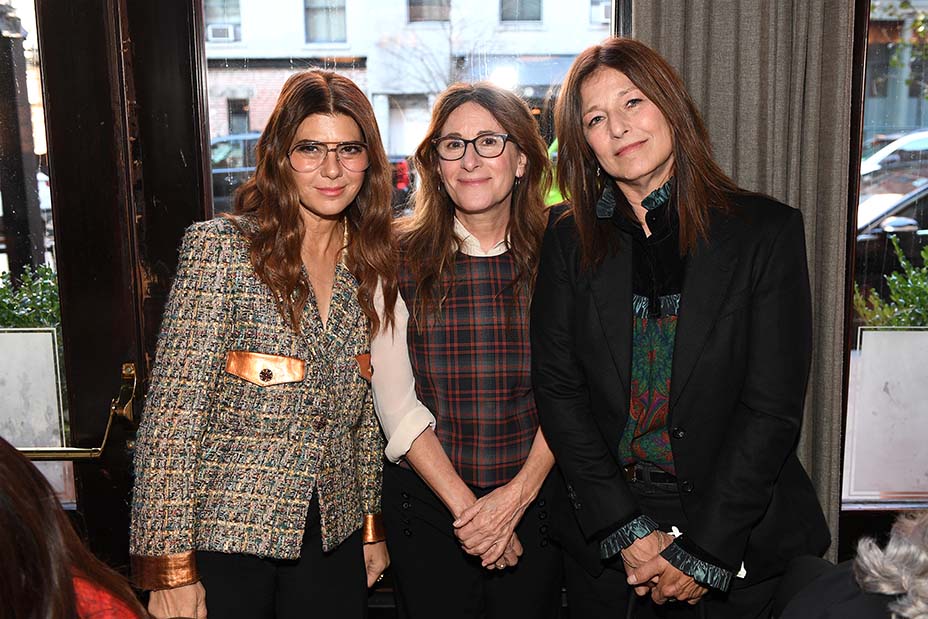 Jane Rosenthal, executive chair of Tribeca Enterprises, welcomed guests before reading an excerpt from “The Women Who Helped Build Hollywood,” a Nov. 4 New Yorker article by Margaret Talbot, which included a 1914 quote by French director Alice Blaché: “There is nothing connected with the staging of a motion picture that a woman cannot do as easily as a man.”

With a nod to Tribeca Enterprises as an organization with “predominantly female leadership,” Rosenthal flipped the script on statements heard often in conversations about gender equality in Hollywood. “We have a program that is daring and innovative, in which we pay the men the same as we pay women,” she quipped. “And at this year’s Tribeca Film Festival, men directors were responsible for half our feature films — way to go, boys!” Rosenthal added that she was joking, of course, but “rather than scratch our heads and ask how we got here, the more productive question is, ‘What do we do about it?’ We cannot be passive; as women industry leaders and storytellers, it’s imperative to use our power and to make change.” 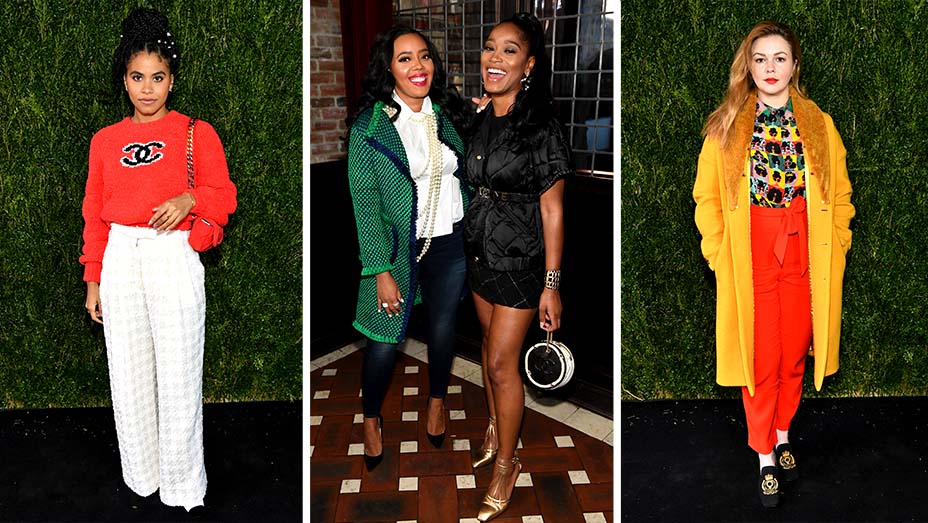 What do most of these women love about the surging quest for gender parity? In addition to the growth of opportunities, several cited the decidedly unique vibe of a woman-dominated set. “No offense to the guys, but there’s a different level of nurturing and multitasking,” said Palmer, whose most recent project, Hustlers, was directed by Lorene Scafaria and included Kayla Emter as editor and Kim Karon as art director (star Jennifer Lopez also was one of the film’s producers). “I’m always happy when a woman is heading up something. We got everything done so fast — when you have a bunch of moms in a room figuring things out, stuff gets done,” Palmer added.

During the 2018 awards season, Close famously noted that it took 15 years for The Wife to get made — “Male executives decided that they didn’t want to make a film called The Wife, with a female protagonist,” she said at the time. On Monday afternoon, after mentioning that she’s eager to get back into producing and developing — “which I really love,” she added — Close pointed to her most recent project, the Ron Howard-directed Hillbilly Elegy, as an overwhelmingly positive experience. “We had a woman screenwriter, a woman costumer, a woman production designer and a woman [cinematographer], and Ron went out of his way to make that happen,” Close said of the film, set for a 2020 release and based on the 2016 J.D. Vance book. “It made a huge difference, and I felt it palpably on set — not just in the atmosphere, but they were all just fucking great at their jobs.” 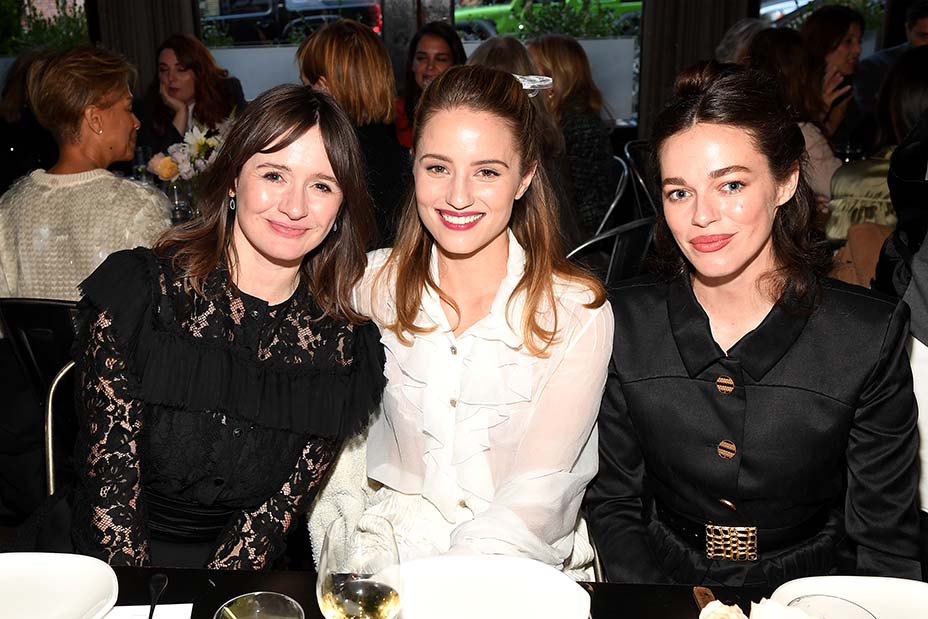 And with that, Close went off to huddle with Keener, while across the restaurant, Mamet was engrossed in conversation with Weinstein, and at an adjacent table directors Tanya Wexler and Annabelle Attanasio swapped stories about the challenges that remain for women directors in getting hired for tentpole films. Just don’t call it networking, Mortimer added. “I think there’s something unsavory about that word, the idea that it isn’t a real party, but we’re pretending it is,” she said. “This feels much more inclusive and connected. Everyone wants to help each other, and you see that in [Through Her Lens] as well. I think one of the most exciting places to come and talk about film is this lunch, and it just happens to be all women. It’s such a nice vibe and feels like a new frontier, like anything is possible.”