Palm Springs’ real estate market has been booming in recent years, drawing an influx of new Hollywood homeowners led by Leonardo DiCaprio, who bought the old Dinah Shore compound in 2014 for $5.2 million. But when manager Will Ward of Fourward — clients include Chris and Liam Hemsworth and The Avengers‘ Cobie Smulders — heads out to his second home in the desert, he doesn’t find it to be a social scene for entertainment insiders. “I don’t go out a lot when I’m there,” says Ward of his pedigreed 4,190-square-foot residence, the former home of late drummer Buddy Rich. “I just got an email from Ian Montone at LBI Entertainment. He’s a big music manager, and he told me he has a house just around the corner from me. We are neighbors, and I didn’t even know it.”

The list of reasons to stay put at Casa Ward starts with the serene palm-tree-dotted garden, which includes a mosaic-tiled pool and sunken tennis court and sprawls over 1.2 acres. “From what I understand, Buddy Rich converted it into a bigger property by buying a second lot,” says Ward, who purchased the property six years ago with a former business partner, manager Bernie Cahill. The three-bedroom main house, built in 1952, is midcentury modern in feel, and there are two guesthouses that have more of a Western vibe. 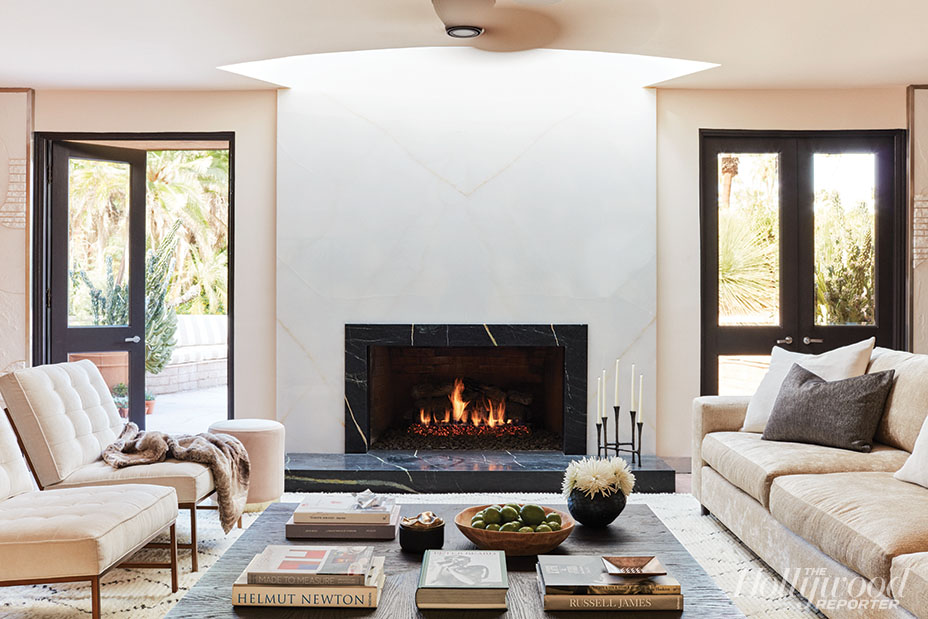 “What’s amazing is, you don’t see any other houses when you’re there,” says interior designer Will Meyer, co-founder of the firm Meyer Davis, who worked on the design. “You just see beautiful views of the mountain and this vibrant, lush garden. It’s like a mini country club.” Adds Ward, who has three children with his ex-wife, UTA agent Louise Ward, “Because of the setup of the property, it’s a great place to entertain.”

Ward, 48, often invites five couples from L.A. for a weekend and a bigger group during Coachella. “We usually have a chef, a massage therapist and a trainer who comes every day. It’s almost a little resort in that way.” Regular guests include CAA’s Jack Whigham and casting director Barbara Fiorentino. “When I’m there, I refuse to leave. I refer to it as the mini-Parker,” says Fiorentino, referencing the area’s famed Parker Palm Springs resort. “At night, we bring out a projector and a big screen, float in the pool and watch movies.” 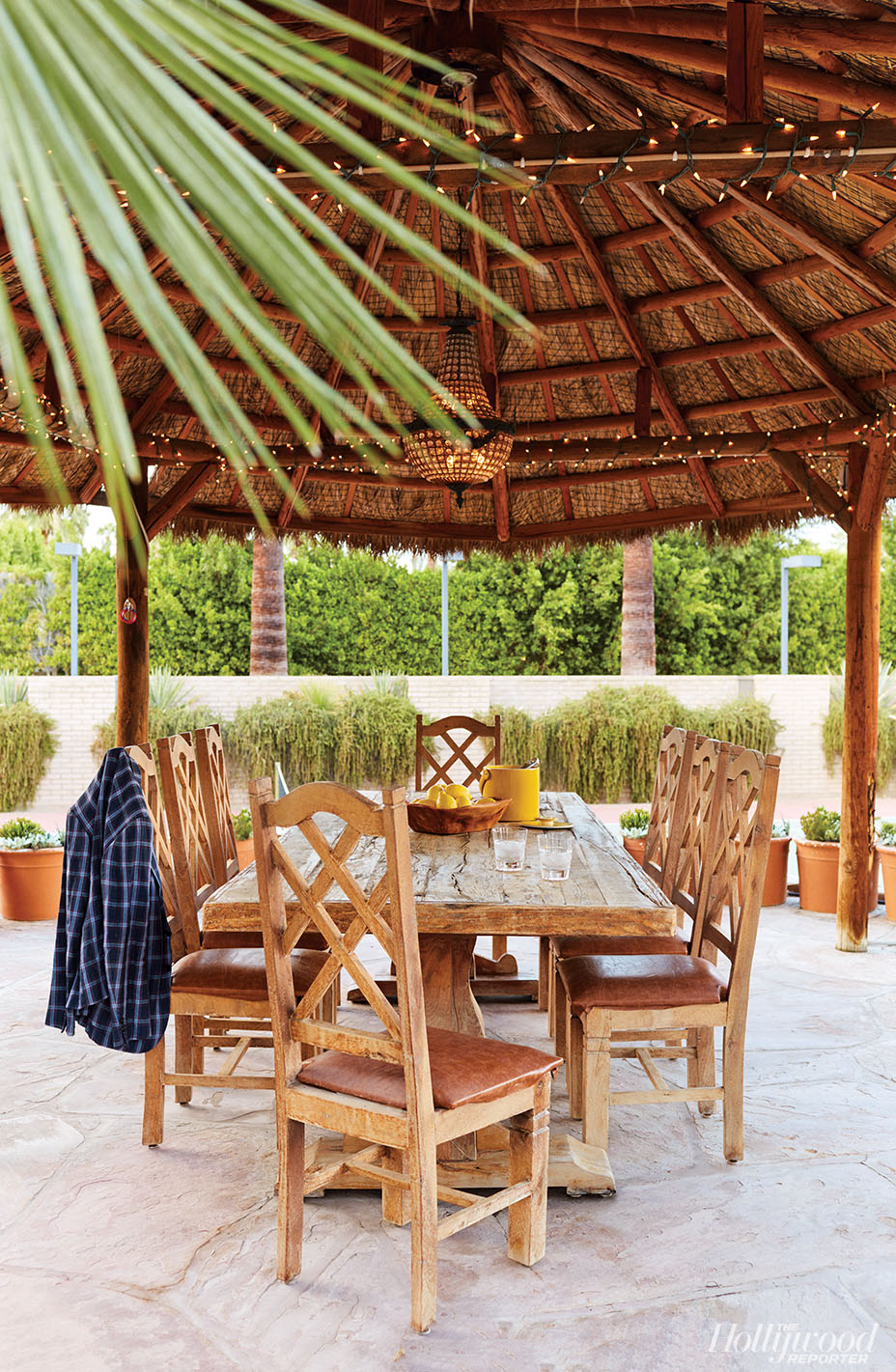 Ward’s place is located in one of Palm Springs’ most storied neighborhoods, the Old Las Palmas District, an area of about 300 homes where past owners have included Clark Gable, Liberace, Jack Warner, Lena Horne, Debbie Reynolds and Lucille Ball. “It’s fun to learn about all the legendary people who have owned homes here despite the tour buses that come around,” says Ward.

Since acquiring his Palm Springs getaway, he’s had it decorated twice. The first go-round, a friend (whose L.A. home he admired) took the reins. But two years ago, the furnishings were ruined by smoke damage after a fire broke out. The cause was a faulty gas fireplace in the living room. “I was there,” recalls Ward, who uncharacteristically was up late. After realizing there was smoke coming from one side of the house, he went outside to find that “the whole roof was on fire. That was midnight, and the firemen left at 5:30 in the morning.” He’s convinced that if he had gone to bed early, “I would have died for sure. It was pretty serious.” 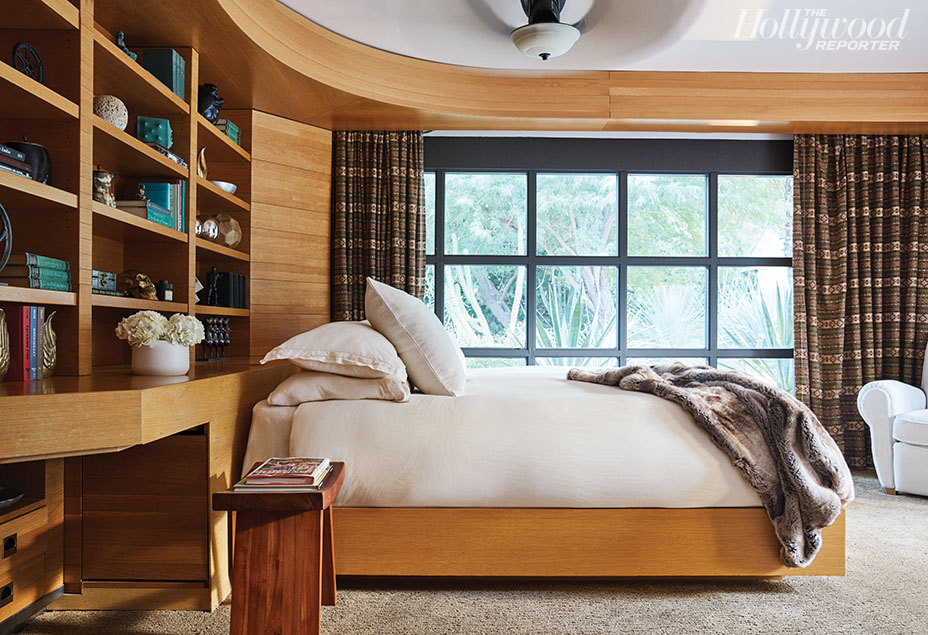 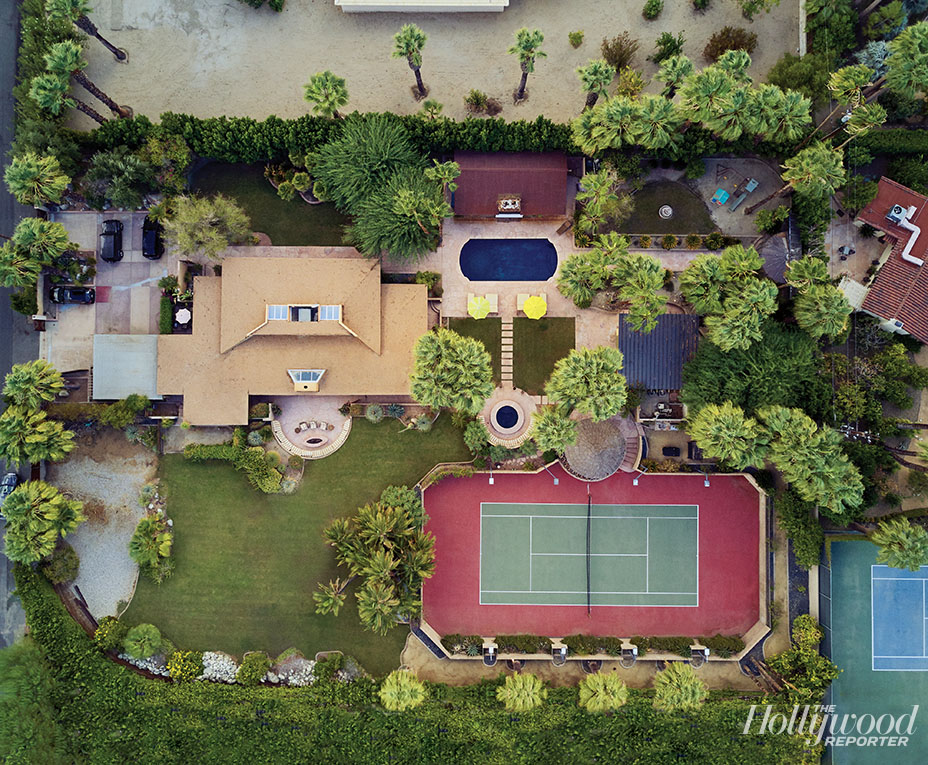 When he was ready to redecorate, Ward relied on the services of Meyer, an old friend from his childhood in Nashville. Meyer Davis is known for its aesthetic of relaxed luxury, which it has deployed worldwide for such premier hotel brands as Rosewood, Mandarin Oriental, The Four Seasons and Montage Resort’s Pendry line. Working in Palm Springs, Meyer says he wanted to avoid doing what “a lot of the homes there do — take their midcentury a little too seriously. First, we wanted to make it comfortable. We were thinking about an informal California lifestyle.” Meyer, who is also designing new offices for Fourward in Beverly Hills, points to the living room: “We did this beautiful book-matched onyx fireplace, a big sectional sofa, a giant oak minimalist coffee table and a pair of midcentury-minded club chairs.”

Ward didn’t want anything too overdone. After all, he’s there to relax. “There’s something about driving out there and passing that mountain range. It just feels like the air is different. The light is different. You sit by the fire pit at night and look at the stars. That’s where I go to clear my head.” 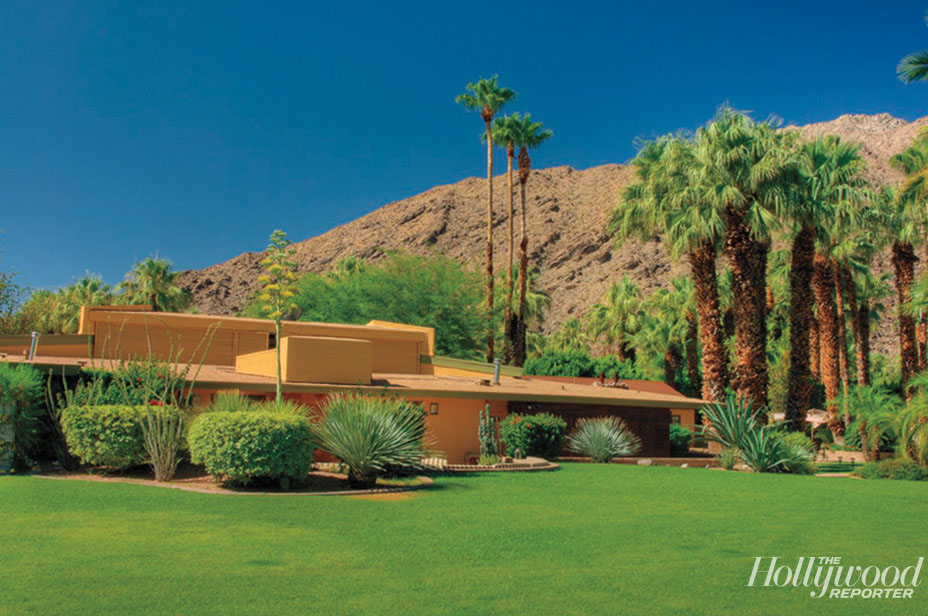