In a sea of soft, shiny hair and deep side parts, a few textured, structured updos stood out in the Golden Globes crowd. Olivia Culpo’s sleek braided bun was one, and Jessica Chastain’s slick chignon wrapped with a petite plait (by Renato Campora) was another. But the boldest hair statement was made by Lily Collins, whose feminine Zuhair Murad couture gown called for “a romantic, textured updo,” says hairstylist Gregory Russell, adding, “I thought a braided detail would work nicely with the details of her gown.

The intricacies of Collins’ dress were reflected in the complex ‘do, which Russell says took about three hours to create. “I’m so lucky to work with Lily, not only because she is stunning but because she is so open to trying new things and making a statement,” he says. “We were very relaxed and took breaks during the process.” 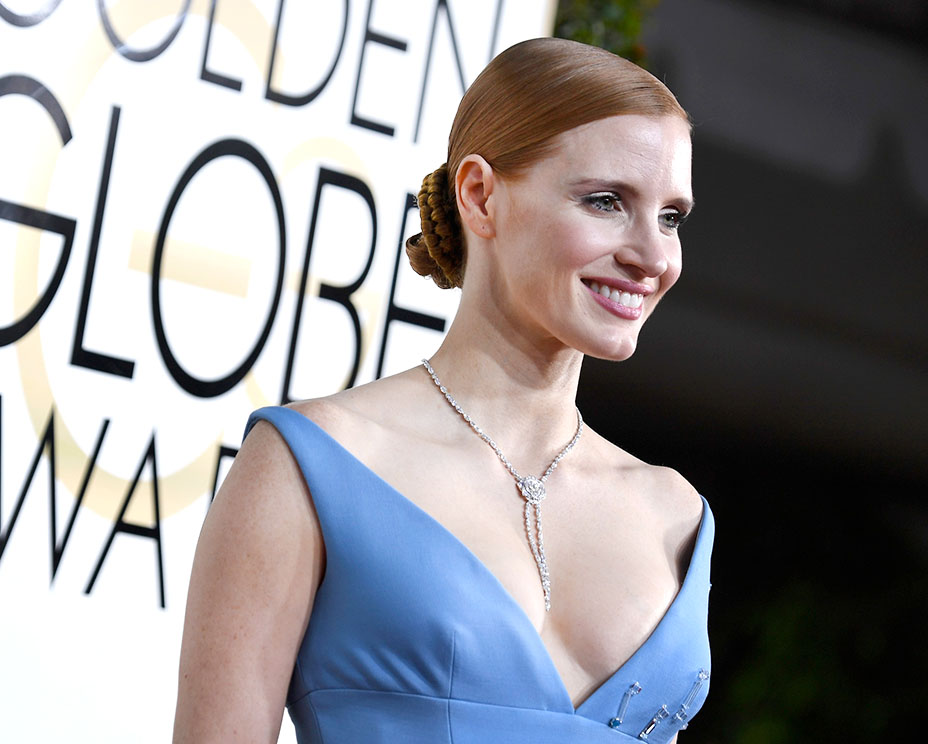 That process involved a significant amount of John Frieda Luxurious Volume Perfectly Full Mousse ($6) — several golf balls worth before blowing out her hair — as well as volumizing hairspray and dry shampoo to add texture and lift. Russell first created a loose bun by pinning curls into a messy mass, and then braided her remaining hair into a fishtail, pulling it apart for texture and irregular shape and wrapping it around the bun.

“I thought of the braids as more of a detail and less of the main attraction,” says Russell of the hairstyle that can so often feel overdone. “I think they add an interesting element being smaller. I think it’s important to mix it up!” The stylist was also aware of not making the look feel too formal. Says Russell, “I left a lot of wisps around her hairline because I think it makes the vibe of the hairstyle romantic and soft — less of a ‘do.”