Continue to The Hollywood Reporter SKIP AD
You will be redirected back to your article in seconds
Skip to main content
January 9, 2018 10:16am

While debates were waged prior to Sunday night’s Golden Globes over the impact of #WhyWeWearBlack on the red carpet, one group was not complaining. “Anyone who designs jewelry was very excited, because statement jewelry always looks best with black,” Los Angeles-based designer Sophie Buhai said on Monday morning. “Black acts as a perfect canvas and backdrop for jewelry, so we knew it was going to be a big moment for accessory designers last night.”

From her Paris office, Valerie Messika agreed: “I heard just 24 hours before the Golden Globes that all the women were going to be wearing black dresses, and I said to myself, ‘It’s going to be an amazing night for the jewelry.’”

Earrings indeed stood out against the bounty of black gowns and pants ensembles chosen by A-list actresses. Maggie Gyllenhaal and stylist Erin Walsh chose Monse’s sparkling high-low strapless tunic over sleek black pants, while the actress reached out to Buhai for her jewelry. “She texted me; we grew up across the street from each other and have been friends for as long as I can remember,” explained Buhai, who crafts modernist pieces in her L.A. studio. Gyllenhaal was attracted to the idea of wearing pearls, the designer explained, because of her name: ‘Maggie’ means ‘pearl’ in Greek. “I do mainly sterling-silver pieces, but I’ve started to do a lot with pearls, working with them in more unusual and modern ways,” said Buhai. 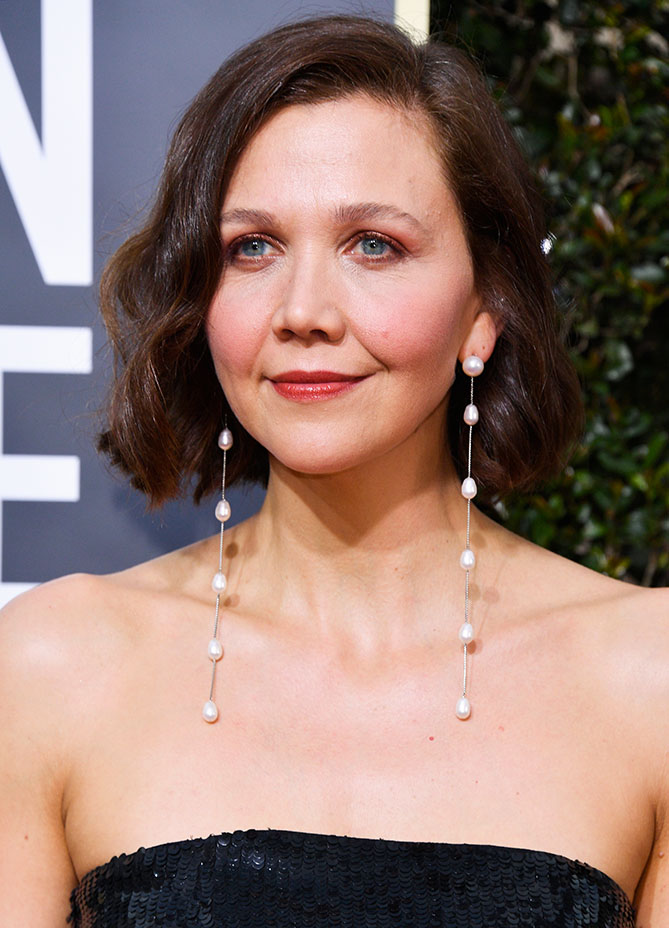 Walsh, recalled Buhai, thought pearls “might look a little too Dynasty” with Gyllenhaal’s look, but then she saw Buhai’s large pearl-drop earrings: Crafted of silver box chain with freshwater and crystal-blown pearls, the style is 7½ inches long and descended well past the actress’ shoulders. “Erin saw these and thought they were quite minimal and modern and perfect,” Buhai said. “They also speak to Maggie’s individuality and her confidence. She’s an actress who chooses to do really interesting work, and she knows her taste.” The best part? The earrings retail for $450. “We’re not a big brand — we make artisanal jewelry,” Buhai added.

L.A.-based Irene Neuwirth likewise crafted pearl earrings for Tracee Ellis Ross, a one-of-a-kind pair of South Sea pearl earrings amid a graphic, sculptural frame of 18-karat yellow gold, which Ross and stylist Karla Welch paired with a custom dress and turban by Marc Jacobs. On Monday, Neuwirth called the earrings “a different and new direction for me. They express power and femininity, yet they are modern and still have my classic gold and pearl feel. Karla always nails it. She loved these earrings right away.” 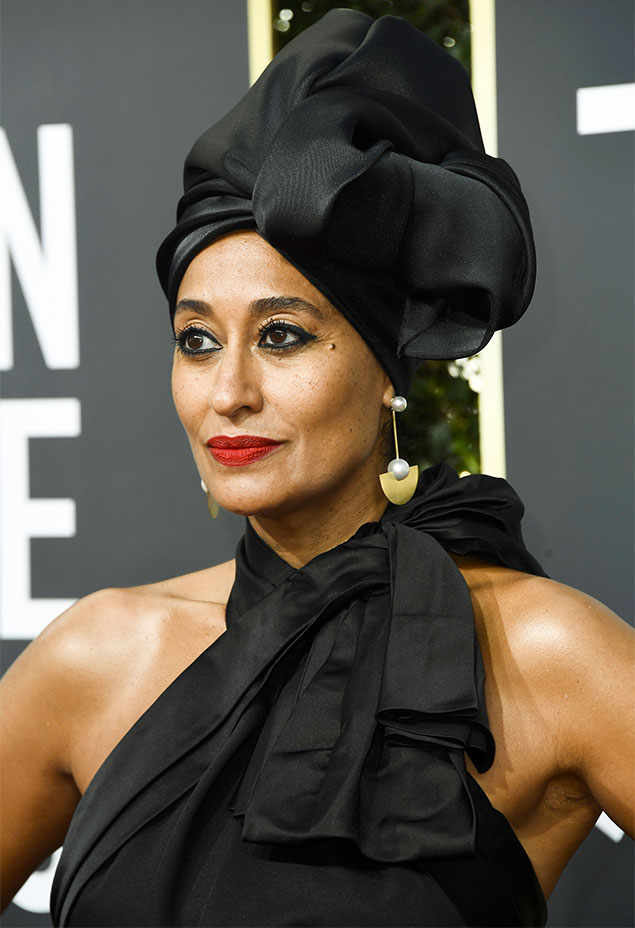 Neuwirth also crafted Mandy Moore’s one-of-a-kind earrings, a mix of pink tourmalines, fire opals and diamond pavé set in 18-karat rose gold. “We knew Mandy was wearing a custom Rosie Assoulin dress with a red belt, so we added the fire-opal hearts to tie it all together,” Neuwirth noted. 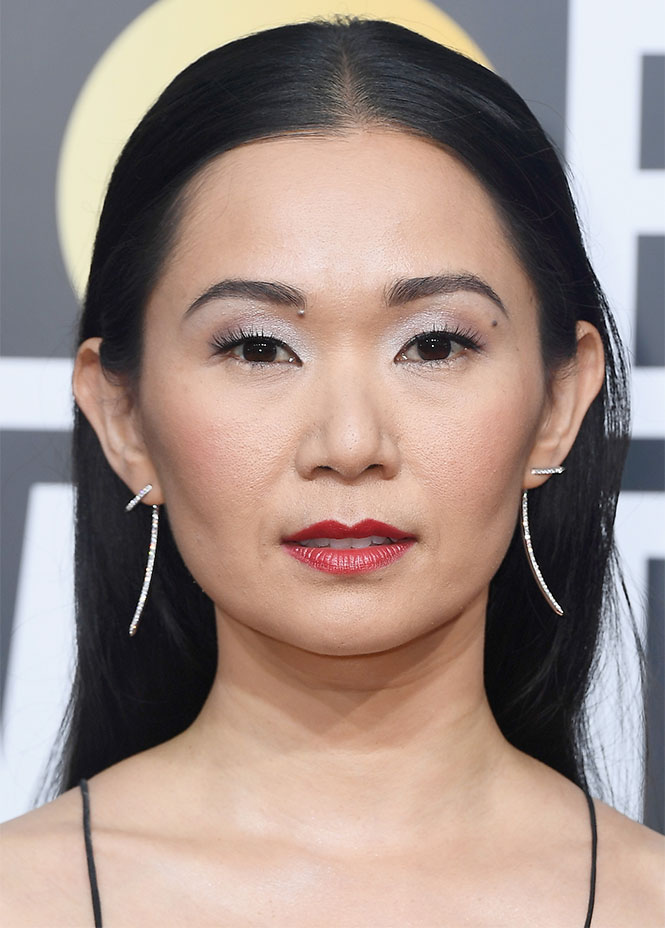 While the night’s theme ultimately proved to be a showcase for jewelry designers, no one is thinking the sparkle overshadowed the evening’s purpose. Messika called the #WhyWeWearBlack theme “very emotional,” while Buhai believes the theme accomplished exactly what was intended. “I think every woman looked her best because they felt an underriding meaning behind what they were wearing,” she said. “I feel very happy that we were able to loan some earrings for such a great night of women coming together. It was an incredible moment.”