Just in time for the holiday season, New Yorkers can now pick up Stella McCartney sweaters, silk hair ties, travel yoga mats, tarot cards and crystal-infused drinking bottles in one convenient location: goop Lab. Since launching as a weekly newsletter in 2008, the Gwyneth Paltrow lifestyle site has grown into a full-fledged media company, with several product lines and pop-up shops. Goop opened its first permanent store in Los Angeles at the Brentwood Country Mart in September 2017, and its new NYC home occupies the same downtown spot as the holiday pop-up shop it held last year.

“The retail industry has been forced to spin its creative wheels, and it makes sense that goop would be a leader in the space. They have been redefining what a media company means for almost a decade,” MacPherson told The Hollywood Reporter. “To stand out in this new environment, brands have to have a clear sense of who they are, what they stand for and whom they are speaking to. They have to be equally as good at connecting with customers in real time over social media platforms as in person.” 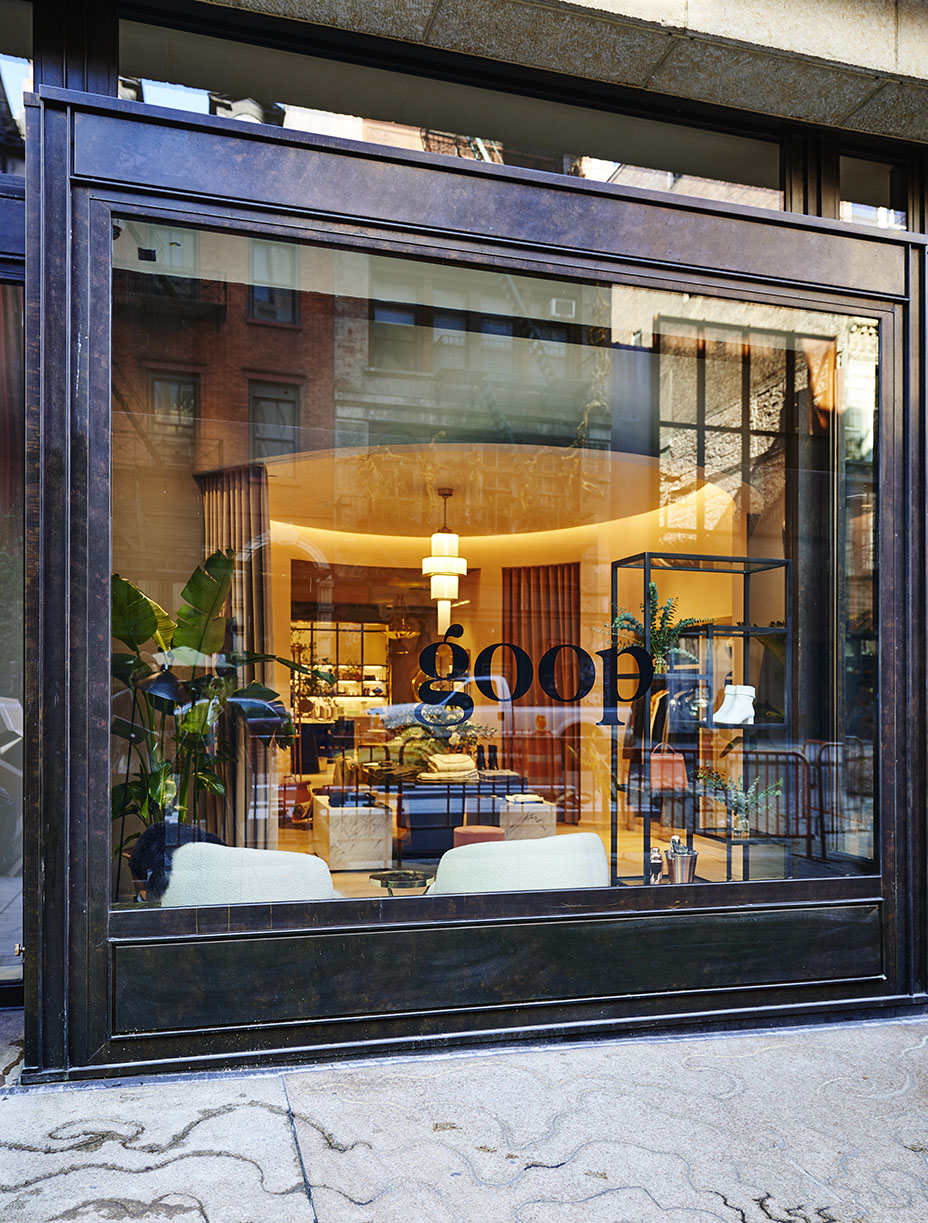 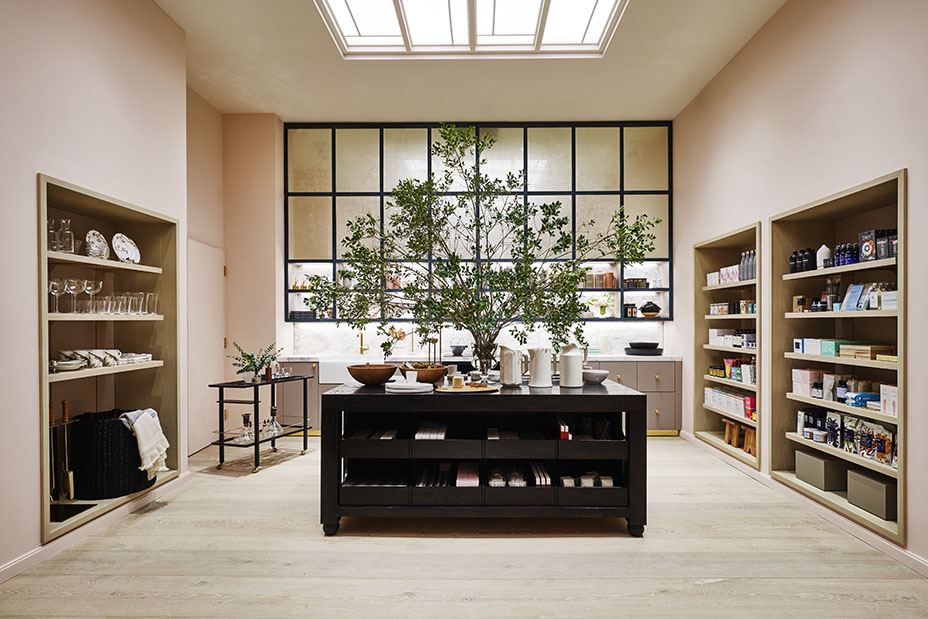 L.A.-based design studio Commune created the space with an eye toward experiential possibilities. “The goal was to create an environment that is personal and unique for the company’s first store in New York City and express the company’s roots in California,” Steven Johanknecht of Commune told THR. Inspired by Hollywood and Beverly Hills residential work from the 1920s and 30s, he specifically referenced interiors by Billy Haines and Paul Williams and said “goop Lab is like a mini department store put within a gracious home.”

The 2,170-square-foot store, whose predominant color is millennial pink, is organized in sequential rooms, beginning with clothing and footwear, followed by a beauty apothecary — complete with a vanity sink and counter ideal for master classes, an intimate jewelry room and finally a fully functioning kitchen with marble countertops, tailor-made for cooking demos.

With so many product offerings, goop Lab is smartly and tightly curated, reflecting Paltrow’s pristine taste and goop’s chief merchandising officer Blair Lawson’s strategic buying. To appeal to its East Coast clientele, the New York store skews more formal than the L.A. one while also offering heavier weight options for colder seasons. Goop also embraced local talent: There are cookbooks from Jack’s Wife Freda and Seamus Mullen, jewelry by Kim Dunham and Sophie Ratner and fashion by Nili Lotan and Khaite, among global brands like Victoria Beckham and Acne.

“Who doesn’t want a goop in New York?” said Jennifer Fisher, whose jewels can be seen on virtually every star. “Gwyneth has amazing taste, and as a jewelry brand, you want to be associated with the chic minimalism goop embodies.” The two previously collaborated on the wildly popular Goop Hoop Earrings and Gwyneth Hoops, which are available in the store.

Goop fans outside of NYC and L.A., stay tuned: goop GIFT pop-up shops open on Nov. 15 in Dallas, San Francisco and Manhasset, New York, and there will be more coming in 2019. While Lawson remained tight-lipped about goop’s next permanent space, she did give us one hint: It will not be in the U.S. 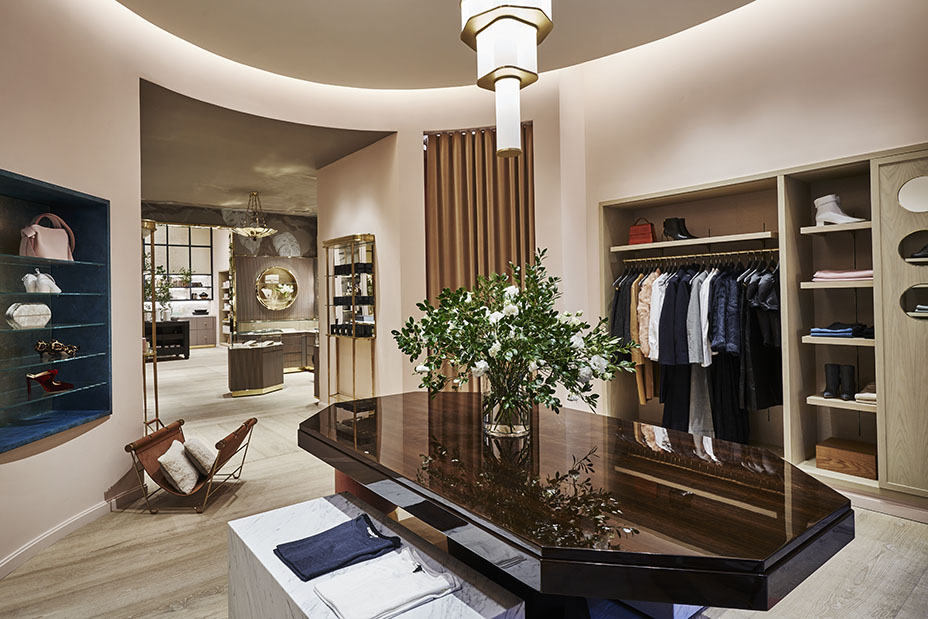 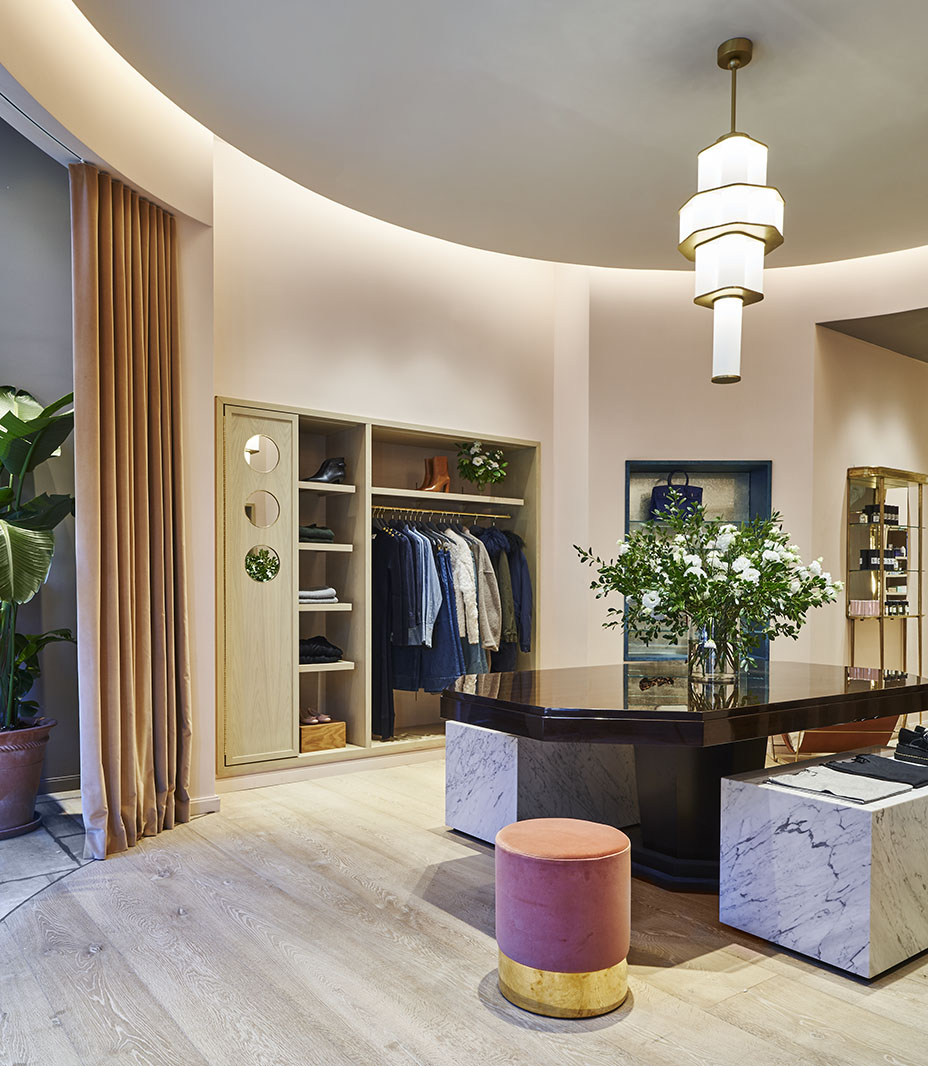 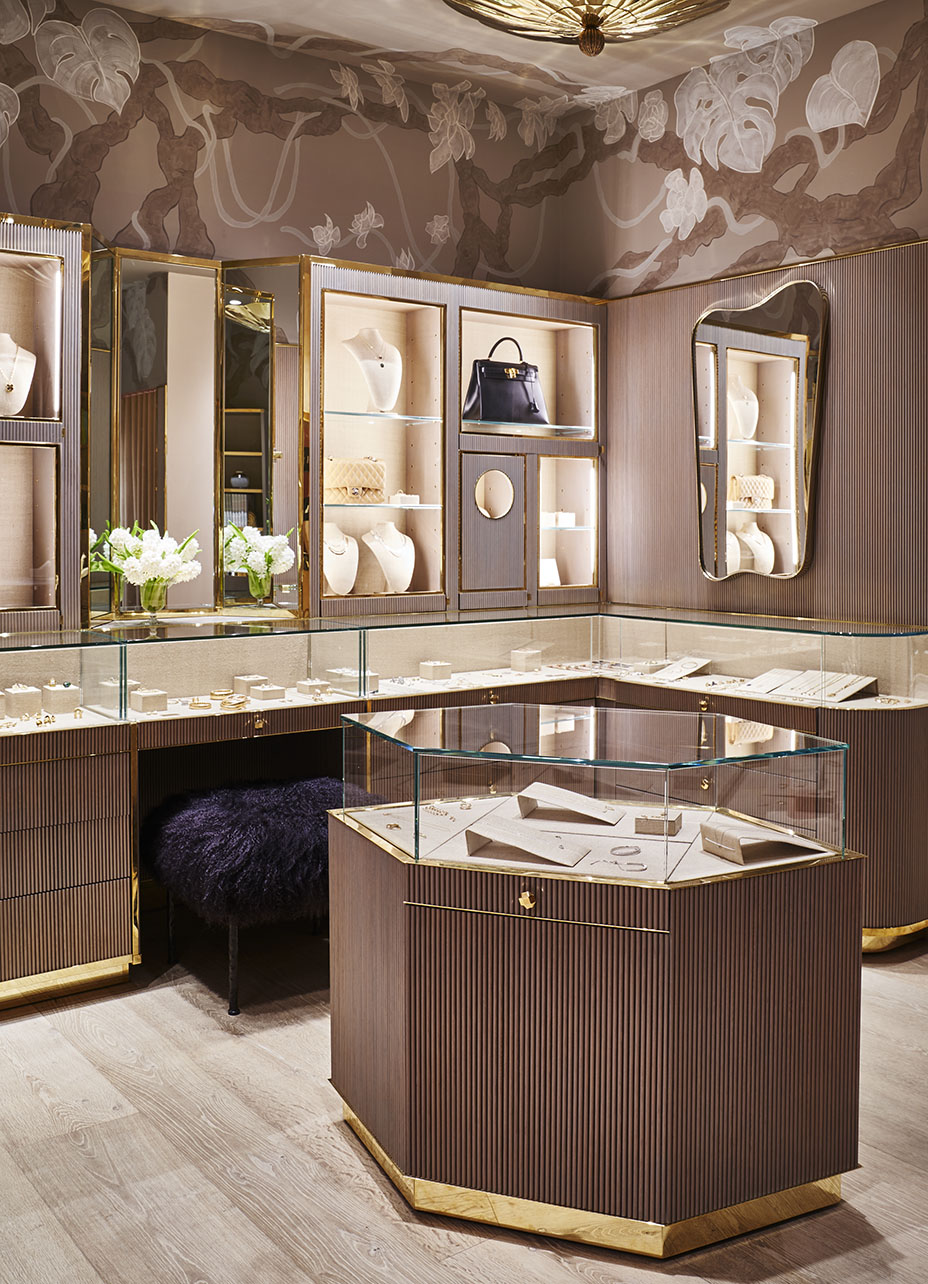 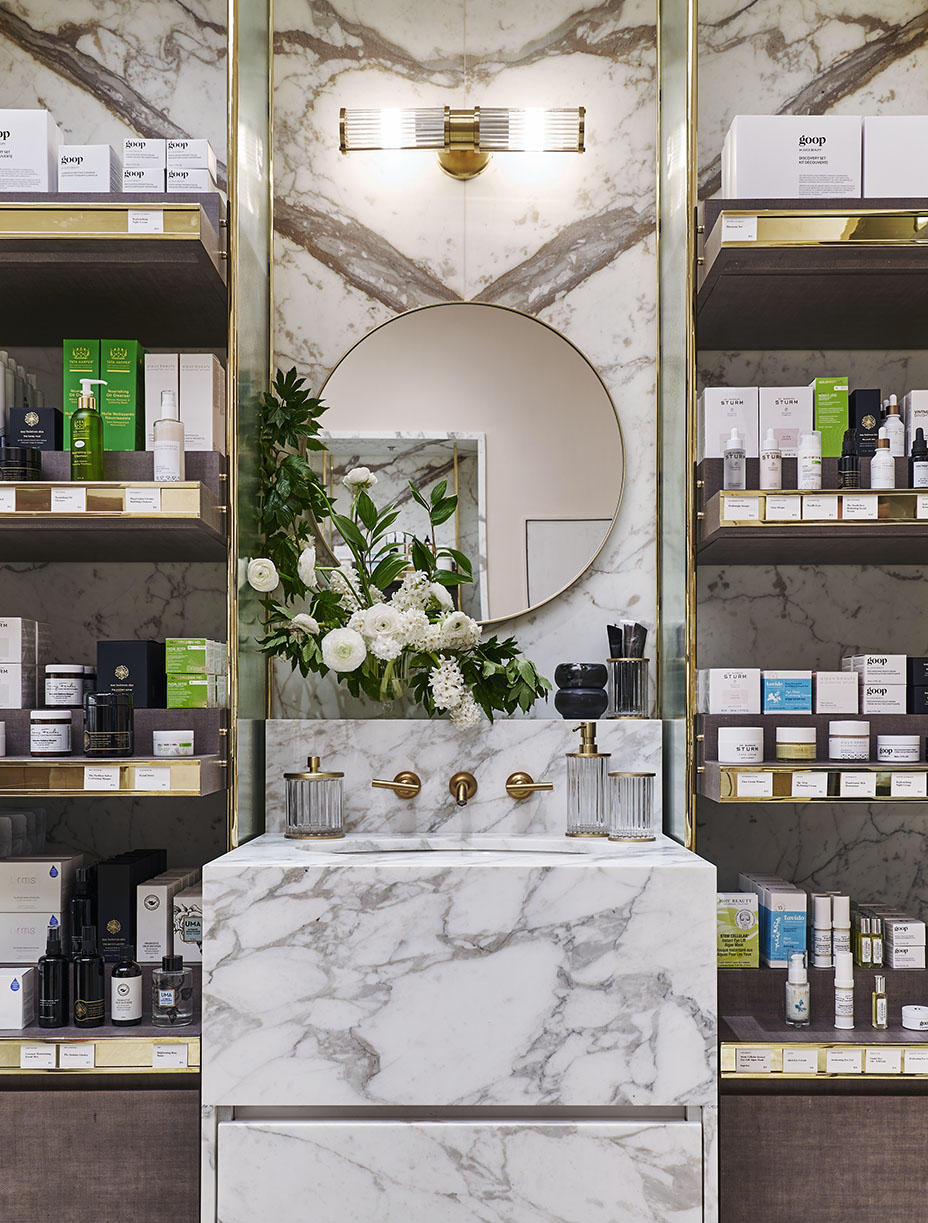