Choupette, call your agent. You’ve been bested by Pumpkin and Blanket.

Designer Karl Lagerfeld has celebrated his beloved cat Choupette with an array of products in the past, but legendary flame-haired fashion editor Grace Coddington has raised the stakes on stylish kitties, debuting her “Catogram” capsule collection with Louis Vuitton at a party Thursday evening in New York’s Meatpacking District. Michelle Williams, Julianne Moore, Paul Bettany, Sienna Miller and others turned up at the preview of the collection’s pop-up boutique, which is open to the public through Nov. 12. (The collection is also available at select LV stores, including the Beverly Hills flagship, starting today.)

In Honor of the Tambour's 20th Anniversary, Louis Vuitton Unveils a Pop-Up Retrospective in SoCal

Based on Coddington’s well-known illustrations of her Persian cats – she released a book, The Catwalk Cats, in 2006 – the collection is a partnership with Louis Vuitton artistic director Nicolas Ghesquiere. The collab debuted in May in conjunction with the release of Louis Vuitton’s Resort 2019 collection, and the pair has since discussed the project on Coddington’s new talk show, Face to Grace, on the streaming video network M2M, as well as earlier this week at the October installment of The Atelier With Alina Cho, a monthly fashion conversation the CBS Sunday Morning contributor hosts at the Metropolitan Museum of Art.

“I’m very close with Nicolas, and if you’re going to work in collaboration with someone, it has to be someone you see eye to eye with and whose company you enjoy,” Coddington said at Thursday night’s party. “Each person helps the other. You can’t just collaborate with anyone, and I’ve been proved right, because the whole thing is really fun.” 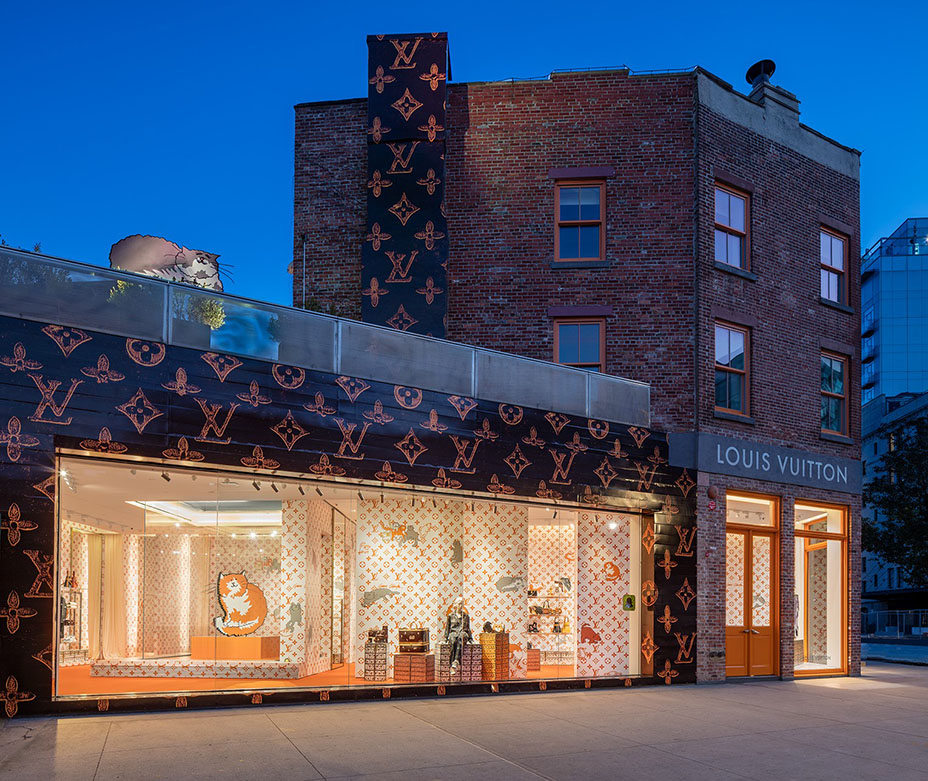 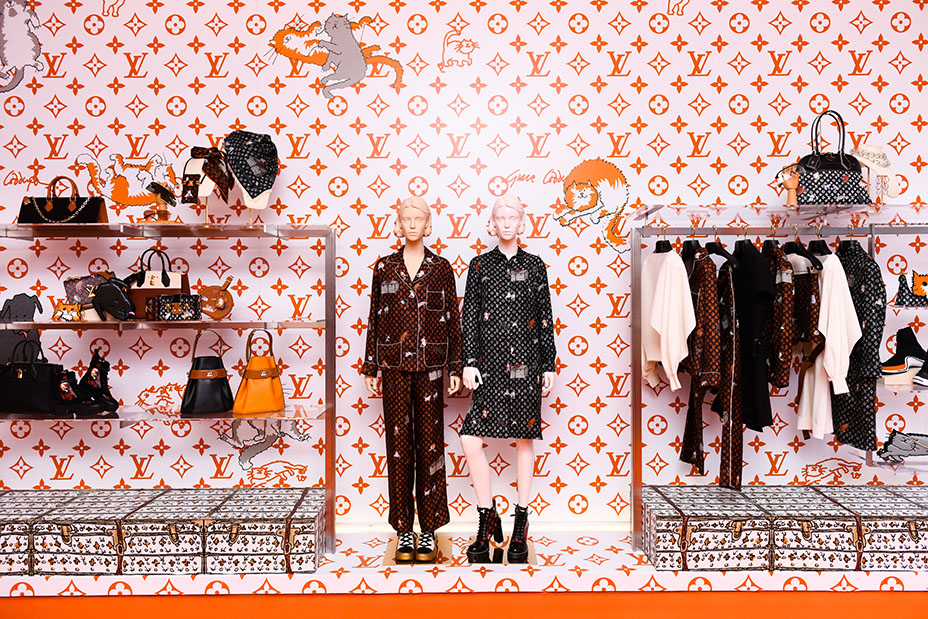 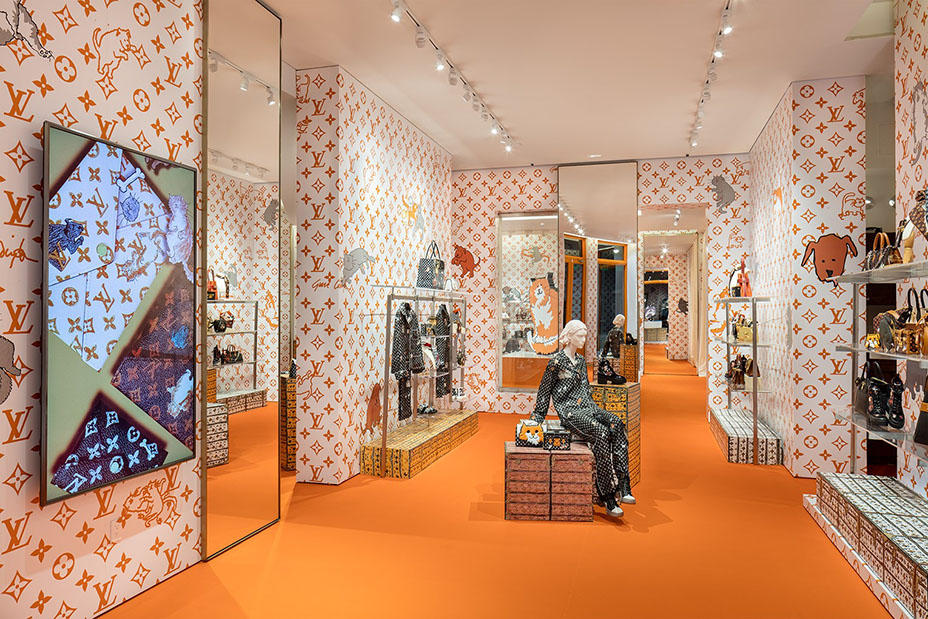 “Catogram” blends Coddington’s illustrations with iconic Louis Vuitton elements: a Speedy bag in a Monogram print is splashed with whimsical felines, which also find their way onto scarves, cashmere blankets, sneakers, luggage and other products. The illustrations also have been blown up into a group of minibags on lengthy gold chains; Coddington stressed that the drawings and the styling of the minibags were her primary contribution, featuring not only her current pets, Pumpkin and Blanket, but also past cats such as Henri; Baby; and Coco, named for Coco Chanel. “It’s a tribute to cats still with us and those no longer with us,” she explained. “I only worked on the bags and some other small things; it’s Nicolas who expanded the idea and put everything together.” 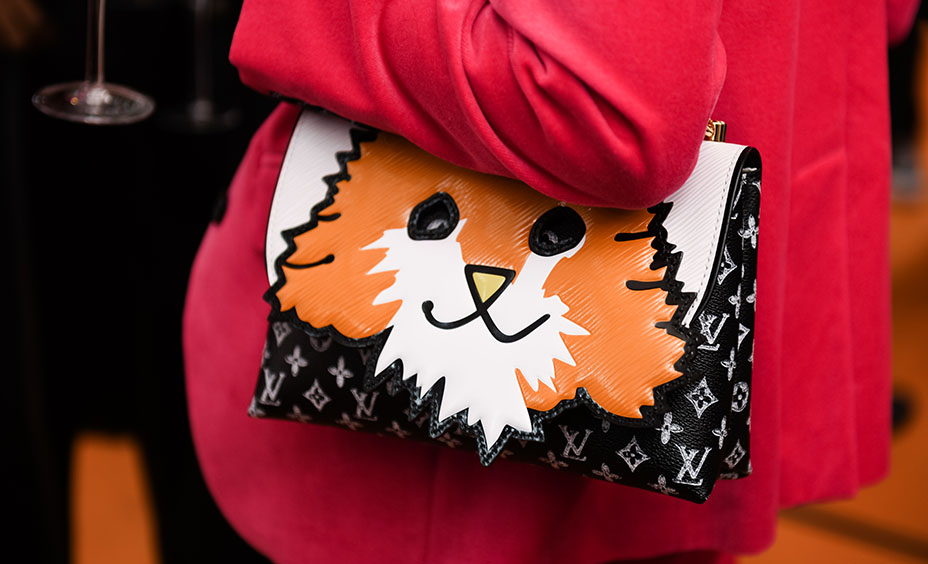 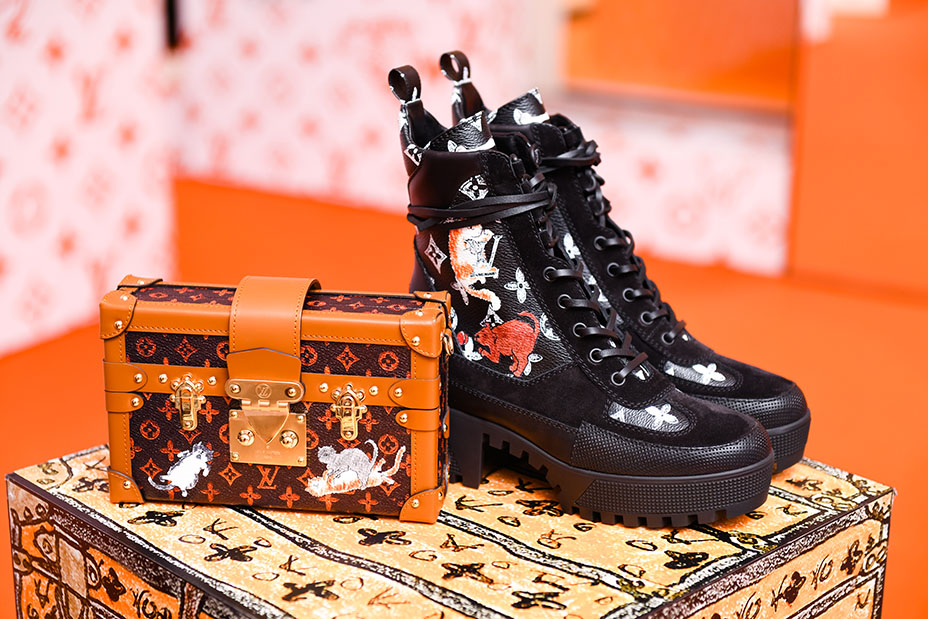 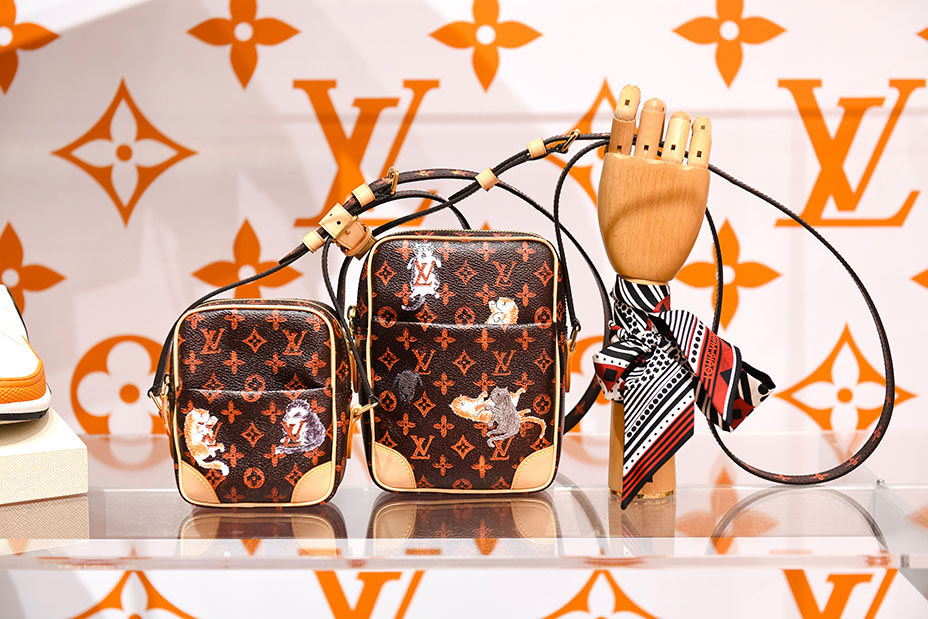 Silk lounging pajamas – another favorite of Coddington, who wears them often to fashion shows and events, including Thursday’s party – likewise have been adorned with the print. “They reflect a sense of humor I think we both have,” Ghesquiere said. “They also say a lot about our friendship: We both have a high expectation for beautiful things, and you see that in the way this silk print was done. We wanted to have a lot of fun together designing and sharing this project, which is based on our two passions: cats for Grace and dogs for me.” (Ghesquiere has two Labradors, Achilles and Leon, and the latter also makes an appearance in a Coddington illustration in the collection.)

As Vogue’s longtime creative director – she stepped back from full-time duties in 2016 and now freelances for the magazine – Coddington easily could have her pick of high-end labels as partners, so why Louis Vuitton? “Well, because I love Nicolas, but one thing I’m so keen about is quality, and as I open each bag, it’s just mind-blowing,” Coddington said, opening her own minibag to show the lining, a mouse-print canvas. “This could be a little cat’s head in plastic in an airport shop, but it’s not; it’s incredible quality, and that’s what makes it so desirable. I’m someone who turns everything inside out and upside down [to examine it], and these are the people to work with, because you can do that with them.”

A subsequent capsule collection surely will depend on the success of “Catogram,” but one thing is certain: Next time Ghesquiere will be pushing for equal time for both Leon and Achilles. “I am noticing tonight that dogs are not very well-represented,” he said as he looked around the boutique. “The dogs, I think, will be our second chapter.” 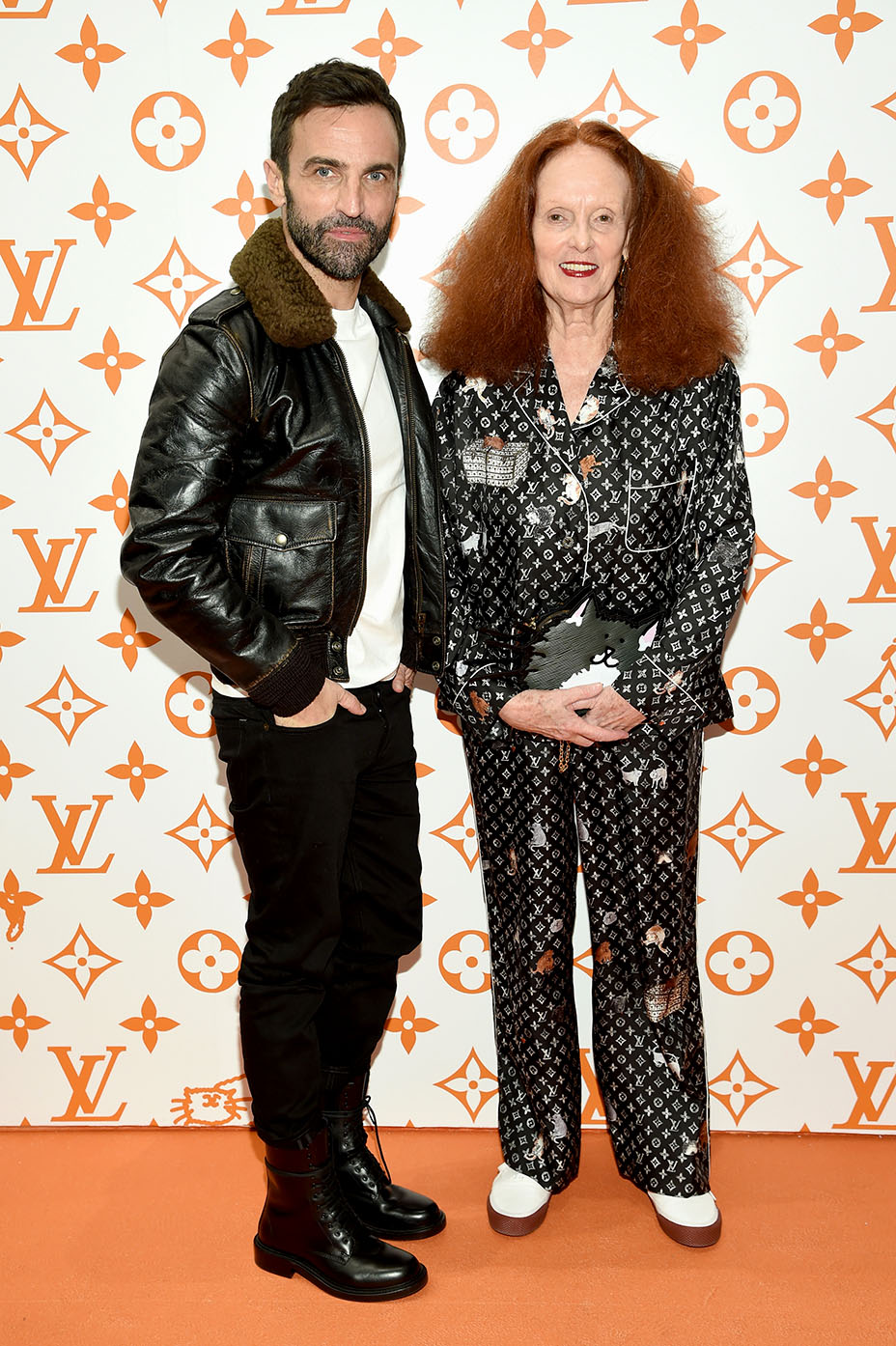 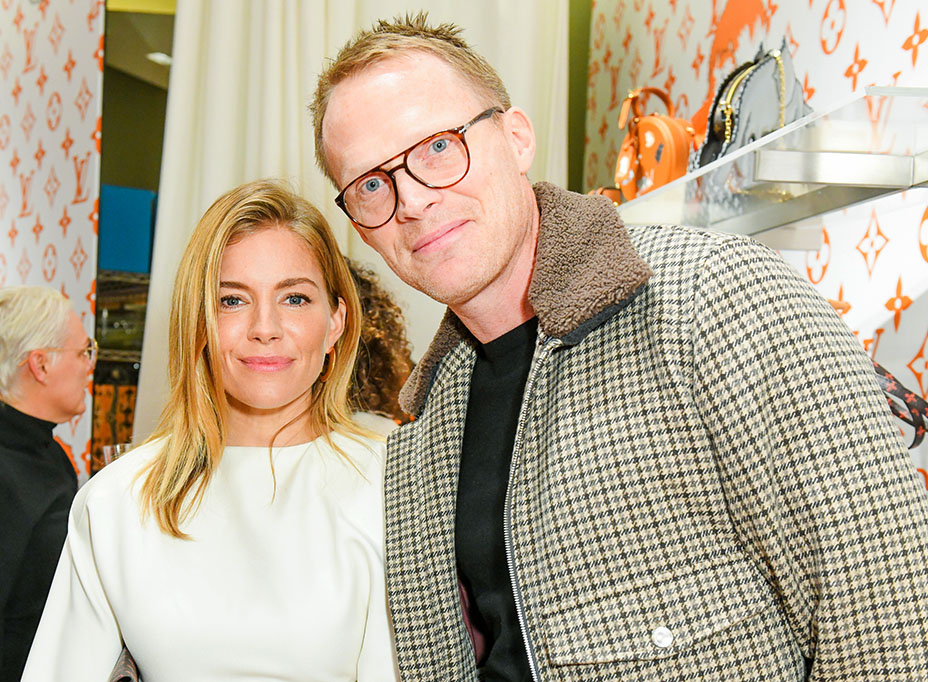 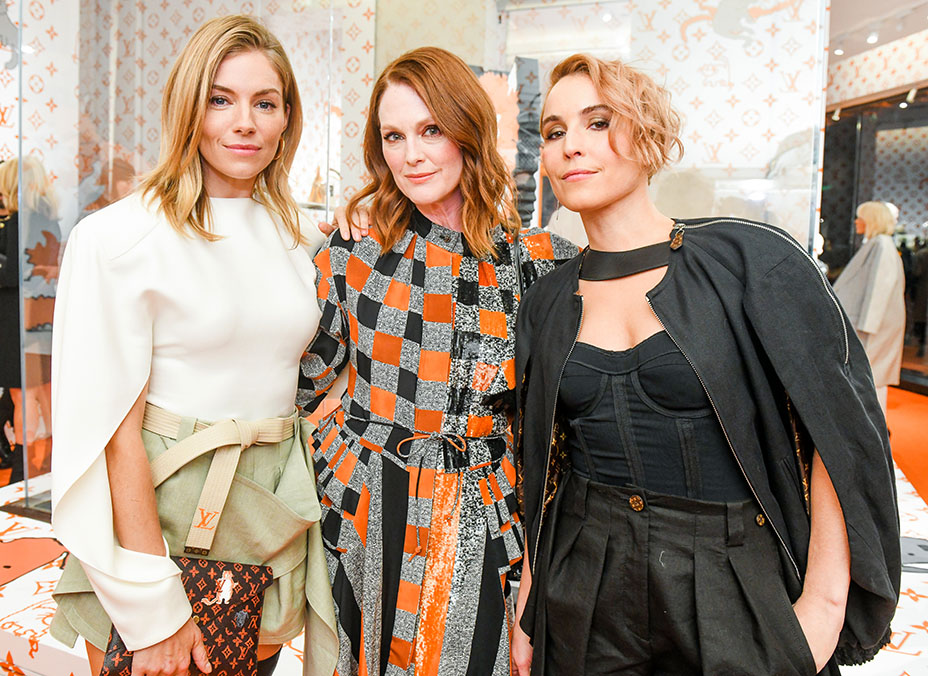 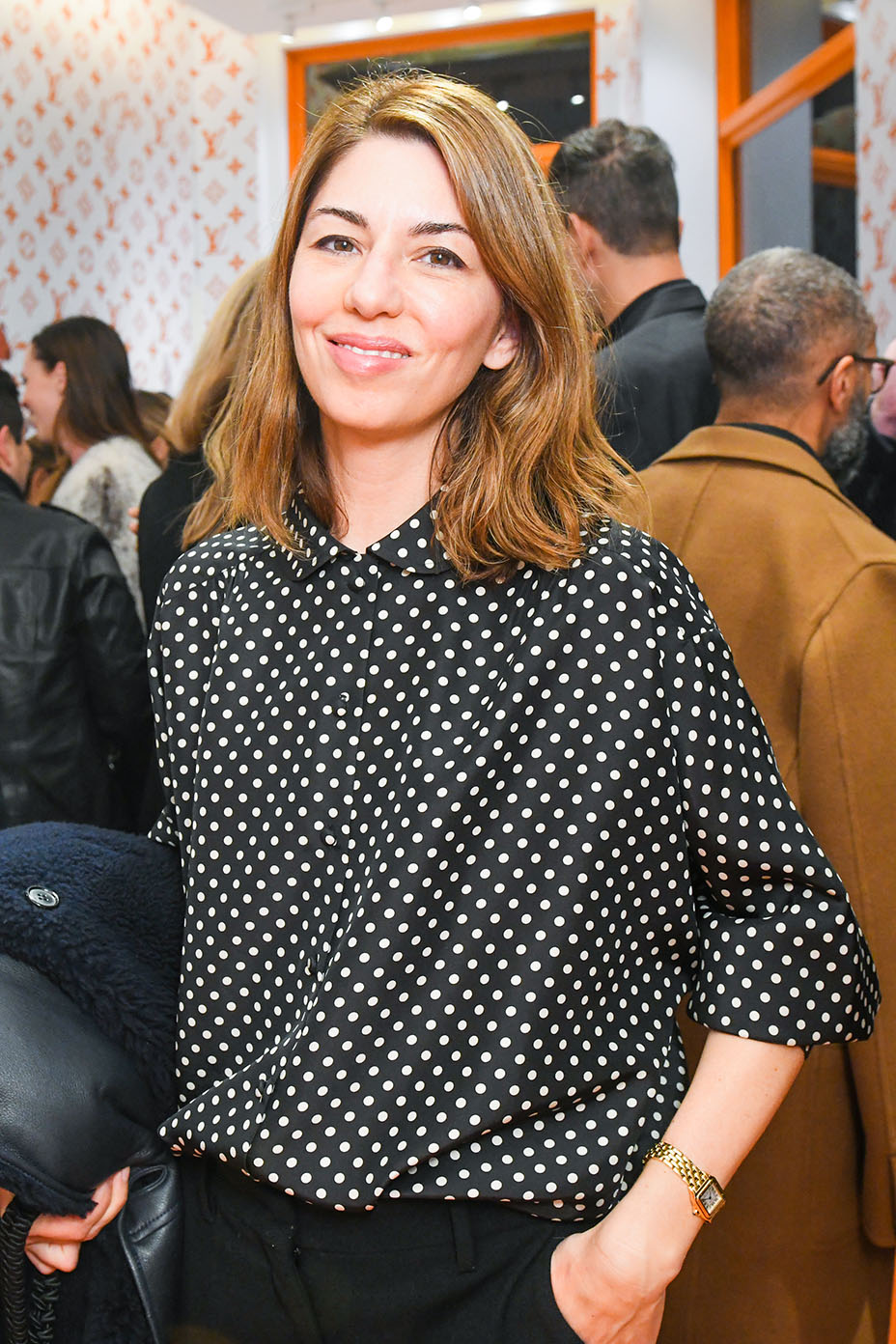