Grace Coddington — the beloved former creative director of Vogue who stole the show in the 2009 documentary The September Issue — is wooing the camera once again; this time in her own streaming docuseries, which launched Wednesday on streaming fashion network Made to Measure (M2M).

Featuring Coddington in conversation with industry influencers, the six-episode series kicked off with Coddington and actor Ansel Elgort, son of fashion photography great Arthur Elgort. “Grace has always been a part of my life. She is one of my father’s best friends and has more recently become mine,” said Elgort in a statement. “Even though I was getting interviewed, I wanted to sit down with Grace to get her perspective on today’s fashion world,” added the actor, who opened up about everything from his childhood to career. 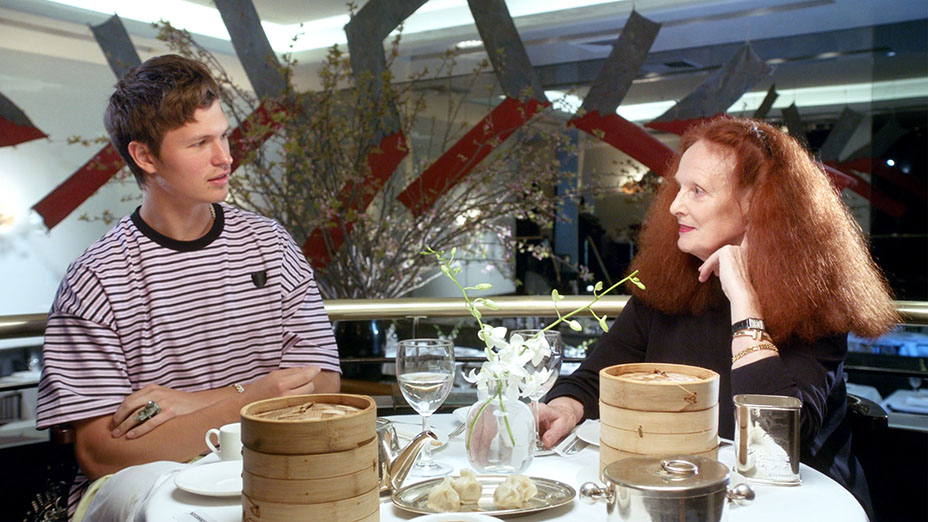 “Who doesn’t want to know more about Grace? She’s a cultural icon,” said Susan Hootstein, chief content director of M2M. “We saw a glimmer of her in The September Issue, but we wanted more. The partnership was organic and we’re thrilled to be working alongside her as she takes on her first role as a series host, sharing her wealth of experiences in our table-talk platform.”

The Endeavor network, which debuted in 2015 on Apple TV, counts archival footage, live runway shows and original content in its programming lineup. In 2015, the network launched Tea at the Beatrice, which features journalist and former GQ editor Glenn O’Brien interviewing cultural icons at NYC’s West Village landmark The Beatrice Inn.

Brad Goreski on the Intersection of Drag and Red-Carpet Styling: "It's One and the Same"