And yet, the biggest style statements weren’t on the carpet, which was skipped by music-fashion queens Rihanna and Beyonce (whose black Nicolas Jebran gown was said to have been inspired by the Black Panthers), but on the stage.

Despite the garden’s worth of white roses worn by stars including Beyonce, Kelly Clarkson, Nick Jonas, John Legend, Rita Ora (and conspicuously not worn by others) as a symbol of support for the Time’s Up movement for gender equality, the petals paled in comparison to the political messages spoken and unspoken throughout the performances. 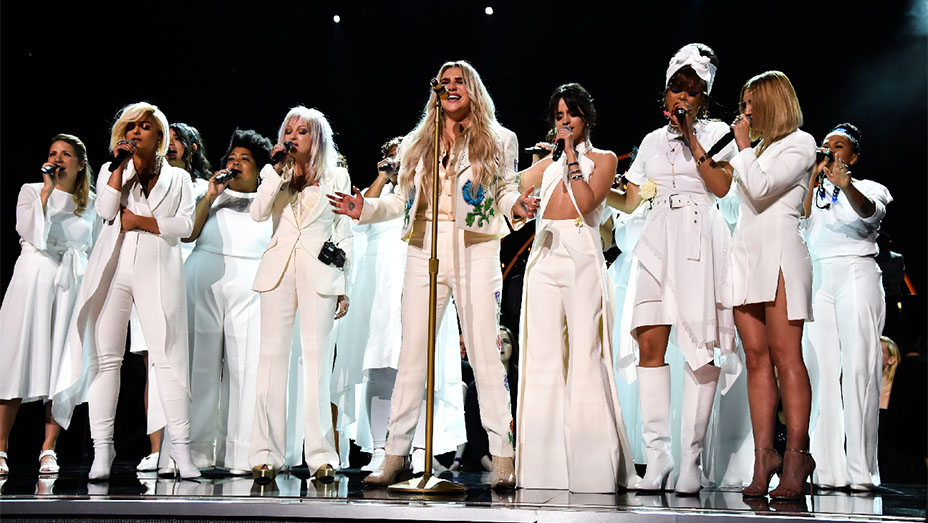 Kesha, Camila Cabello, Audra Day, Bebe Rexha and others made a powerful show of support for the Time’s Up movement, dressing in all white and singing “Praying.” The sartorial show of solidary (Kesha wore a Clinton Bespoke suit with Nudie Girl embroidery, others wore pants and tops) echoed the all-black wardrobe worn by Hollywood stars at the Golden Globes earlier this month.

But with the added drama of Kesha’s song lyrics (believed to be about the emotional and sexual abuse she allegedly suffered under longtime music producer Dr. Luke), it was an even more moving moment than the Globes iteration. “Oh, but after everything you’ve done / I can thank you for how strong I have become / ‘Cause you brought the flames and you put me through hell / I had to learn how to fight for myself / And we both know all the truth I could tell / I’ll just say this is “I wish you farewell.”

Another moment of clothing speaking volumes came earlier in the show when Bruno Mars and Cardi B took the stage wearing the unmistakably rainbow hues of Cross Colours, the iconic brand founded in 1989 in Los Angeles with the message, “Fashion Without Prejudice.” 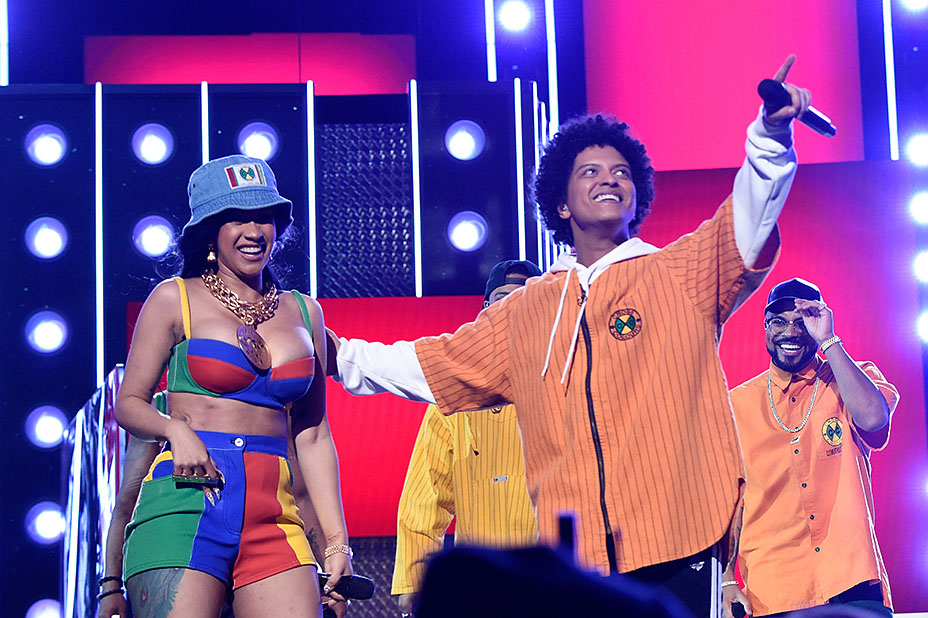 The feel-good, hip-hop clothing brand that was a favorite with Tupac Shakur, TLC and more in the 1990s was launched with the idea of conveying a positive message to black youth. Hopefully, the Grammys performance will bring it to a new audience.

The show ended with Logic performing his song “1-800-273-8255,” backed by suicide survivors wearing hoodies and T-shirts with the words “You Are Not Alone,” and the phone number to the National Suicide Prevention Lifeline.

“Stand tall and crush all predators under the weight of your heart,” he said, along with a litany of other inspiring words defending victims of all colors and stripes. Some serious logic, all right. 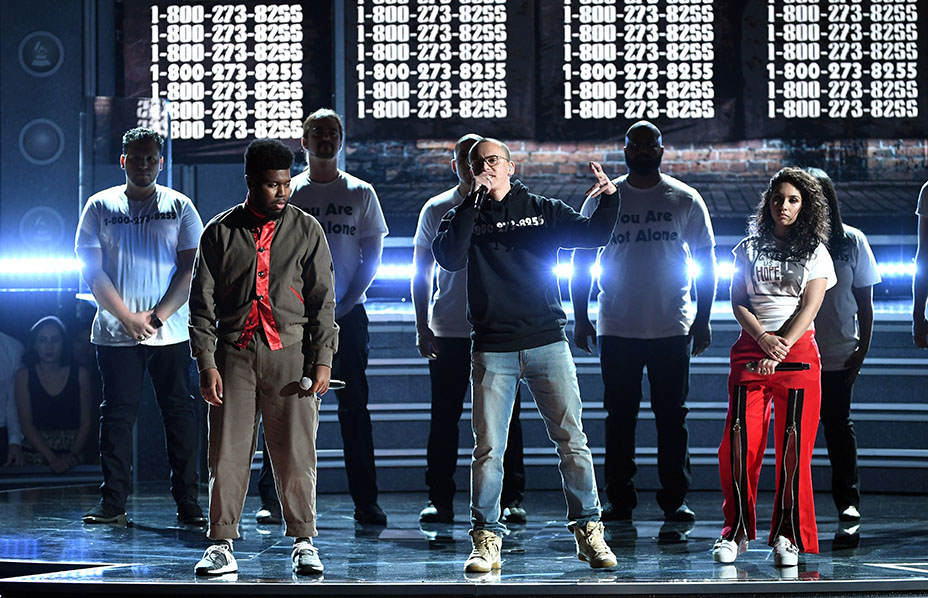