George Heaton laughed when asked about Represent’s bomber jackets in velvet and satin, pieces that add a bit of polish to the grunge-themed fall collection he co-designed with his brother, Mike, for their Manchester, England-based label. “Those were Mike’s idea; I wasn’t too keen on them,” he said backstage following the brand’s Thursday-afternoon show at Cadillac House. But now? “Yeah, they’re amazing. He changed my mind.”

Mike Heaton feels vindicated like only a brother can when his sibling admits he was right. “See? I told him,” he said. “But that’s what we’re doing; we’re elevating the brand right now. We’re keeping the aesthetic, keeping the oversized fit and the jersey, but with the jackets, we’re gonna do it smart.”

The Heaton brothers craft Represent in the north of England and typically show in Paris, so why the trek to New York for the fall 2017 season? “Our fan base is massive in the U.S., and a lot of our inspiration is drawn from the U.S.,” explained George. 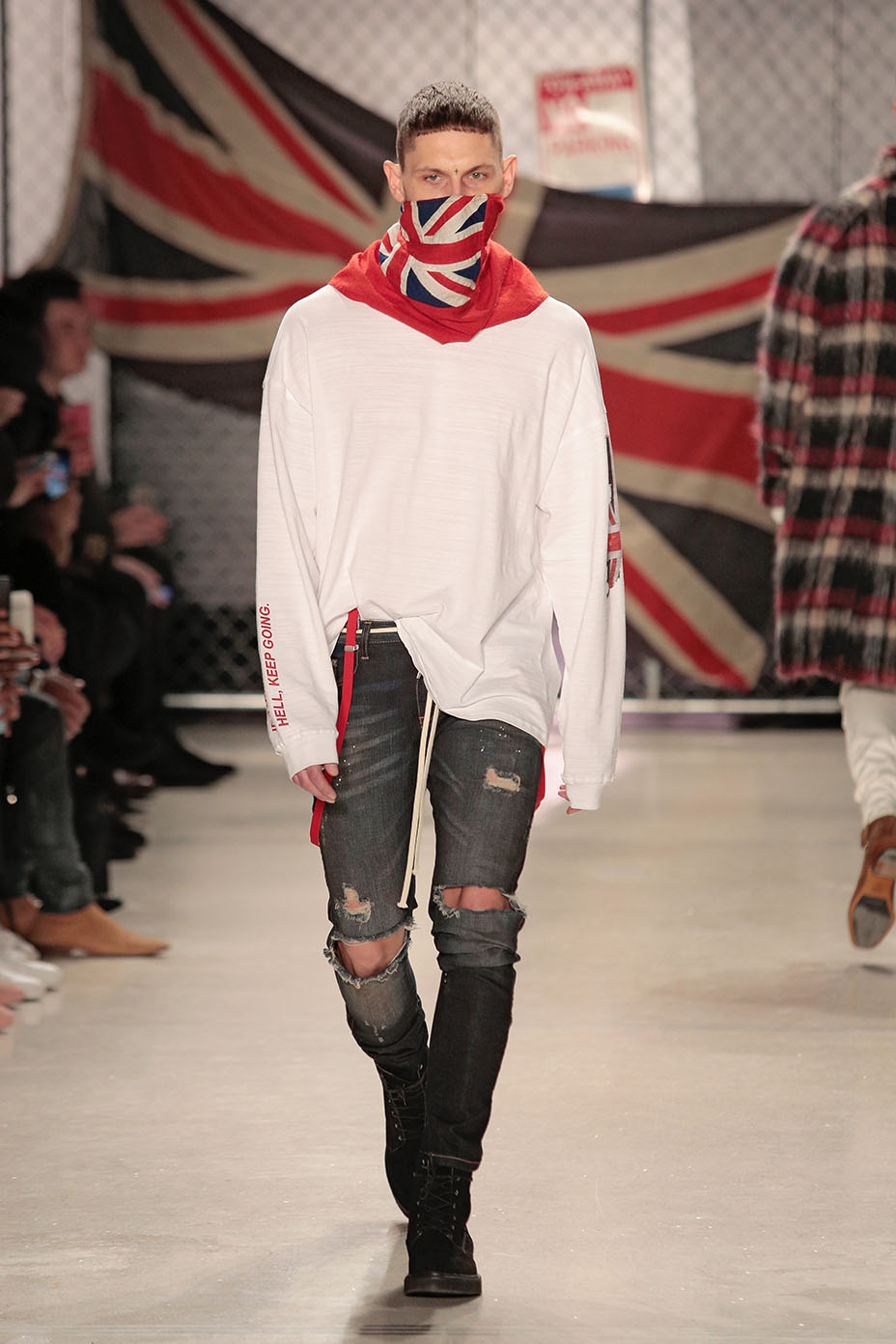 Positioned as streetwear with a luxurious feel, Represent has gained a following for its focus on combining street style with comfort and soft fabrics primarily sourced in the U.K. (Women favor the line’s oversized T-shirts in cotton modal — the “jersey” Mike mentioned — almost as much as men do, a reason those pieces typically sell out quickly.) For fall, the brothers wanted to evoke the lifestyle of their youth. “We looked back on what was going on in the north of Britain in the ‘80s and ‘90s, the culture clashes and the subcultures that emerged, and we put a modern twist on those,” said George.

Bleached denim, flannel, shearling and velour were used to create a grunge-tinged mix of fitted cargo pants, tracksuits, easy button-down shirts and military-inspired jackets, all with an emphasis on wearability. “We want to always approach the design of the collection with that in mind because if the clothing’s not wearable, what’s the point?” said Mike. 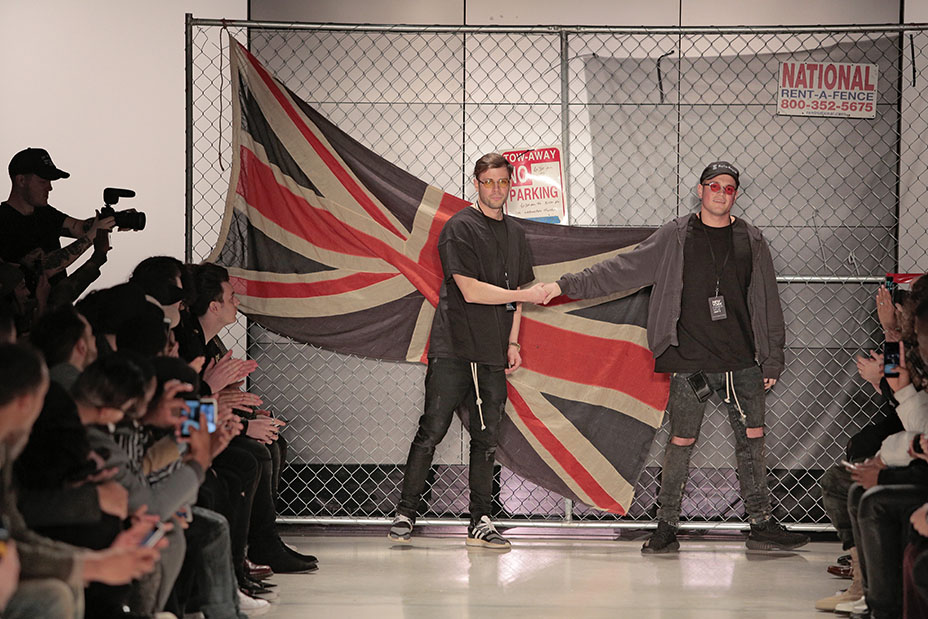 A few pieces adorned with the Union Jack also evoke the brand’s origin, but if Represent’s overall look seems relatable, that’s intentional, as the brothers admit they’re huge fans of Los Angeles. “We go there a lot and draw a lot of inspiration from the lifestyle,” said George. “It’s a complete change from what we’re used to, so we take that aspect and put it together with our life in Manchester to create the collection.”

When they’re in L.A., you’re likely to find George and Mike at Sunset Boulevard venues that cater to the music industry, Warwick and BOA being two favorites. “You could meet anyone there,” said Mike, though it’s clear the brothers have no intention of straying from Manchester in any permanent way. “L.A. will have its distractions, but in Manchester, we can get stuff done because all it ever does is rain.”