Gucci held its Cruise 2019 fashion show on Wednesday near the ancient city of Arles, France. But it may as well have been on Sunset Boulevard.

The show by Alessandro Michele featured a shoulder bag with the Chateau Marmont logo, toted by a model on a (literal) fiery runway. Another model wore a beige crewneck sweatshirt with Chateau Marmont Hollywood printed in its medieval font. Because why stay in L.A. when you can go to France and see the same thing?

A shoulder bag featuring the logo from the @ChateauMarmont hotel, from the #GucciCruise19 collection by #AlessandroMichele. pic.twitter.com/nWYSZlMXZA

Attended by Elton John, the show at the Promenade Des Alyscamps cemetery showcased morbid motifs from candelabras to crosses to skeletons inspired by the crypts of the cardinals. Indeed, Chateau Marmont fit right in as it prides itself on its Hollywood lore filled with scandals, glamour and misbehavior. It hosts many industry events, including Oscar, Golden Globe and Emmy parties. 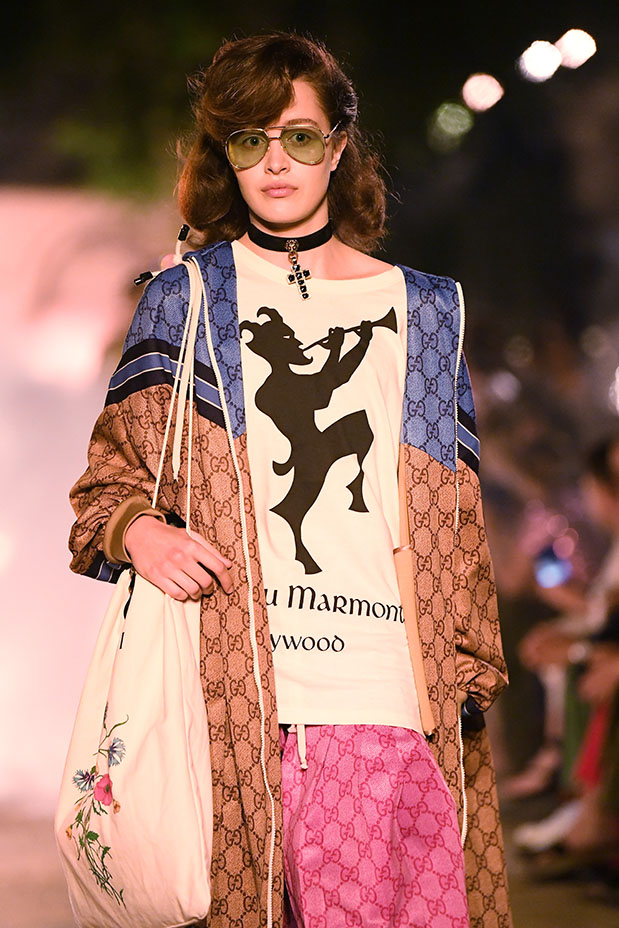 But Gucci’s Chateau Marmont inclusion may raise a few eyebrows because of the hotel’s recent history. Chateau Marmont owner Andre Balazs was linked to the #MeToo movement in November when actress Amanda Anka accused him of sexual misconduct, alleging that he groped her at the premiere of Horrible Bosses 2, which her husband Jason Bateman starred in. The New York Times article also uncovered two more instances of alleged abuse. 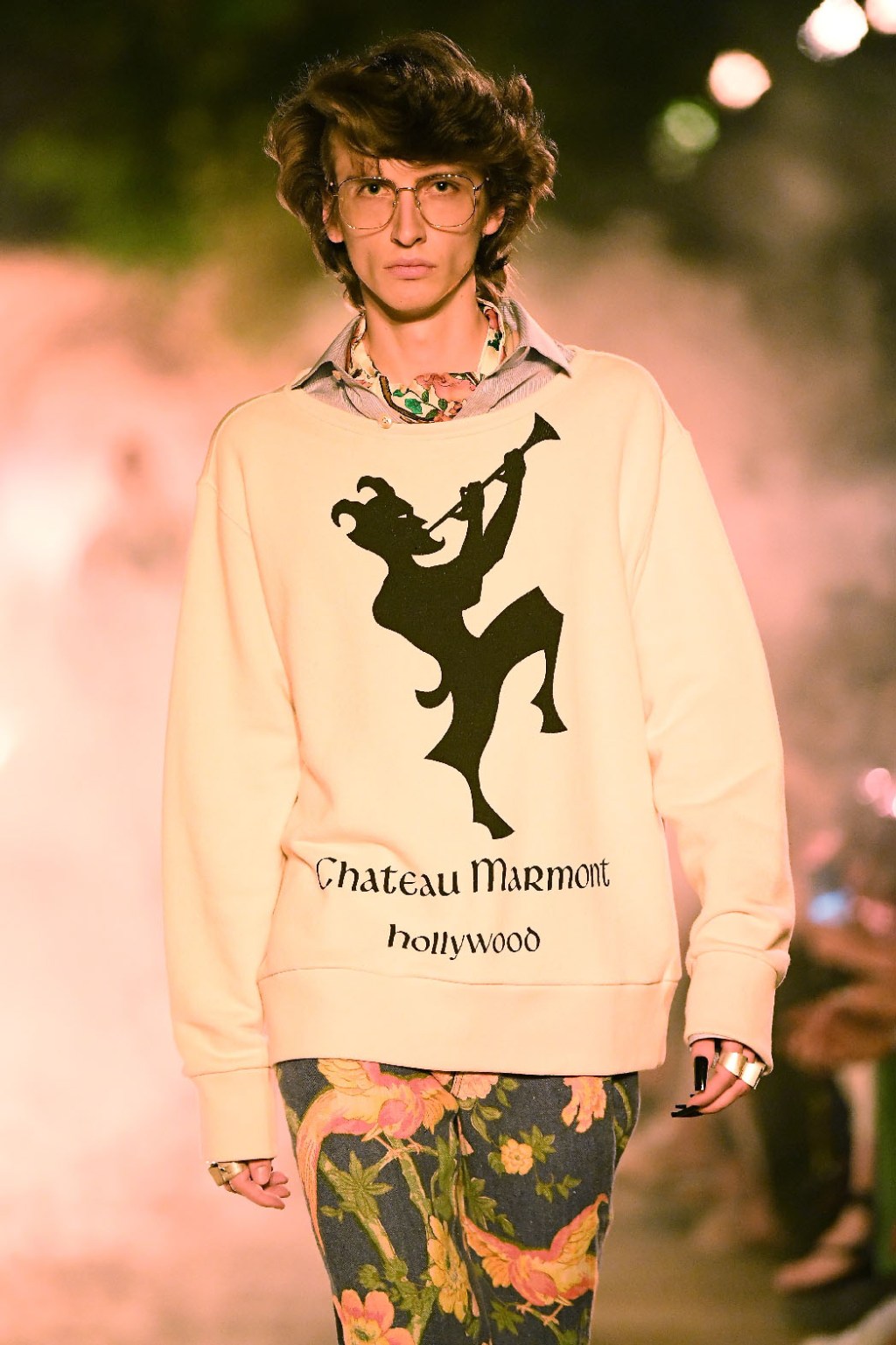 The other puzzling part of this Gucci reference is the Chateau’s previous unwillingness to lend its name. Balazs issued a cease and desist letter to a cat hotel called Cateau Marmont, but is apparently fine with Chateau Marmutt riffing off his hotel brand.

Gucci’s Chateau Marmont motif is the latest in logo-loving designer Michele’s “something borrowed” approach; he recently used the New York Yankees logo in his collections as well. When the double GGs are not enough. 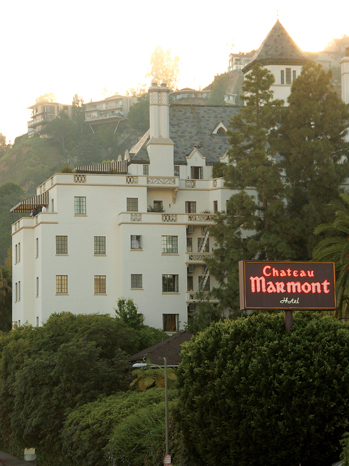