Milan Fashion Week kicked off Wednesday, but before a single look had come down the runway, it was clear that this town has been thoroughly Gucci-fied.

The powerful effect of designer Alessandro Michele’s over-the-top aesthetic is everywhere, whether it’s in the window of the moderately priced dress shop selling sequin skirts for daytime or the rainbow-striped walls of Armani’s megastore (that’s right, Armani, the king of greige). It’s all about color and shine here, the more the merrier — even Brunello Cucinelli, known for sublime subtlety, seems to be feeling the Gucci heat and covering his signature cashmere jogger pants and understated slides with a plethora of ostrich feathers for spring.

Oscars: 15 of the Night's Most Stunning Jewelry Looks as Seen on Zendaya, Billie Eilish and More

At @gucci SS18 where Alessandro Michele will be “resisting the dark that drowns difference and conformism,” according to show notes. #mfw pic.twitter.com/VLuoSwnzxp

You certainly felt the fun when you entered the Gucci show space, decked out with replicas of Roman sculpture for a set that was part Hollywood, part kitsch. When the cosmic trance music came up and the first runway look came out, the strobe lights made it hard to see much of anything. It felt more like wandering through a nightclub (hey, check out that nerdy guy rocking a red-white-and-blue, stars ‘n’ stripes tracksuit!) than a fashion show. 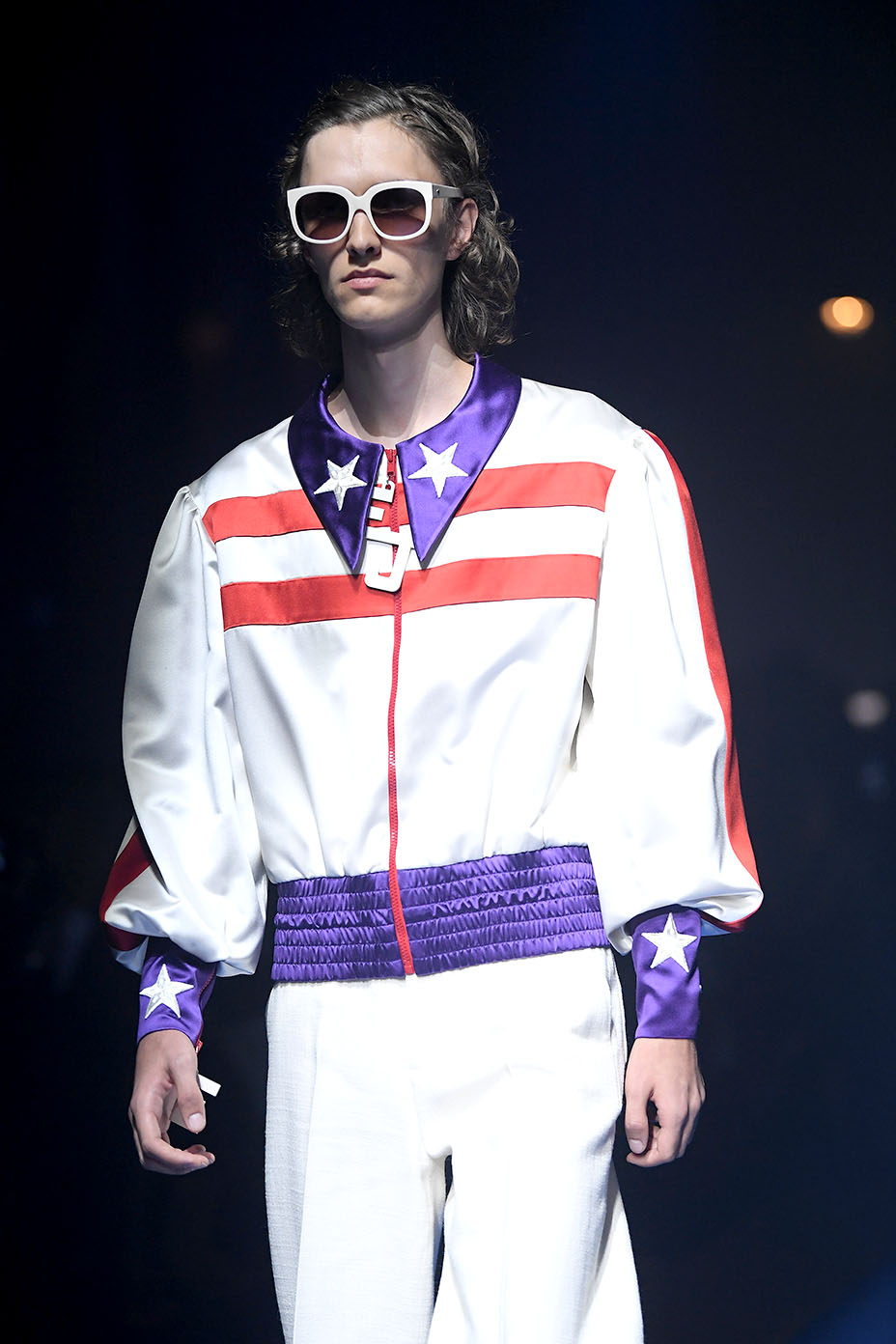 But that’s Michele’s modus operandi; he’s out to create a sensory, gender-bending experience that’s wacky, weird and wonderful — then you can buy into it. 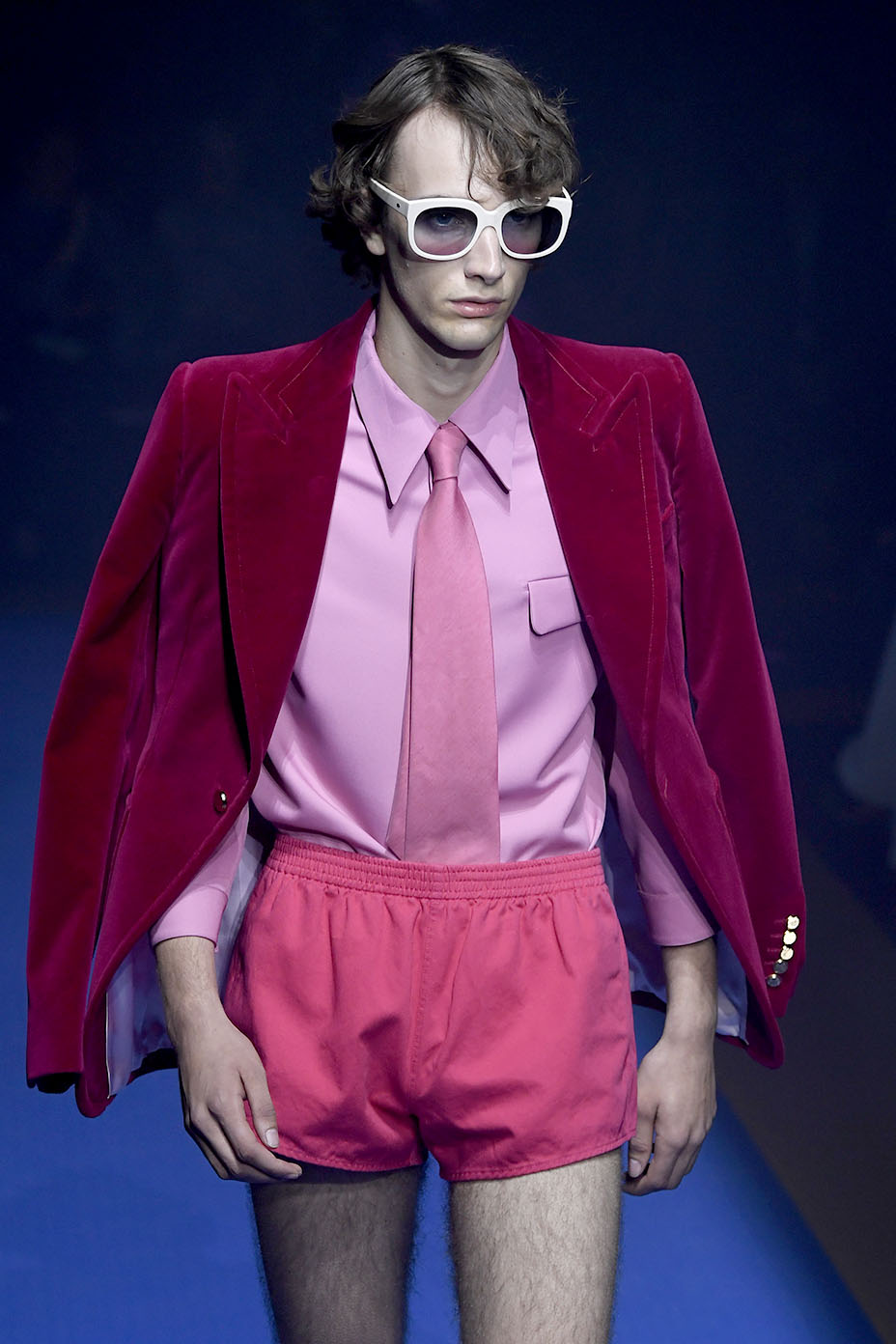 “The act of creation is an act of resistance” was the title on the spring 2018 men’s and women’s show notes, and Michele’s manifesto stated that he was going to “resist the illusion of something new at any cost.” And indeed, the quirkiness that defines this brand under his reign is unwavering, so don’t you go trying to change him, or tell him he needs to move on — that was the message. 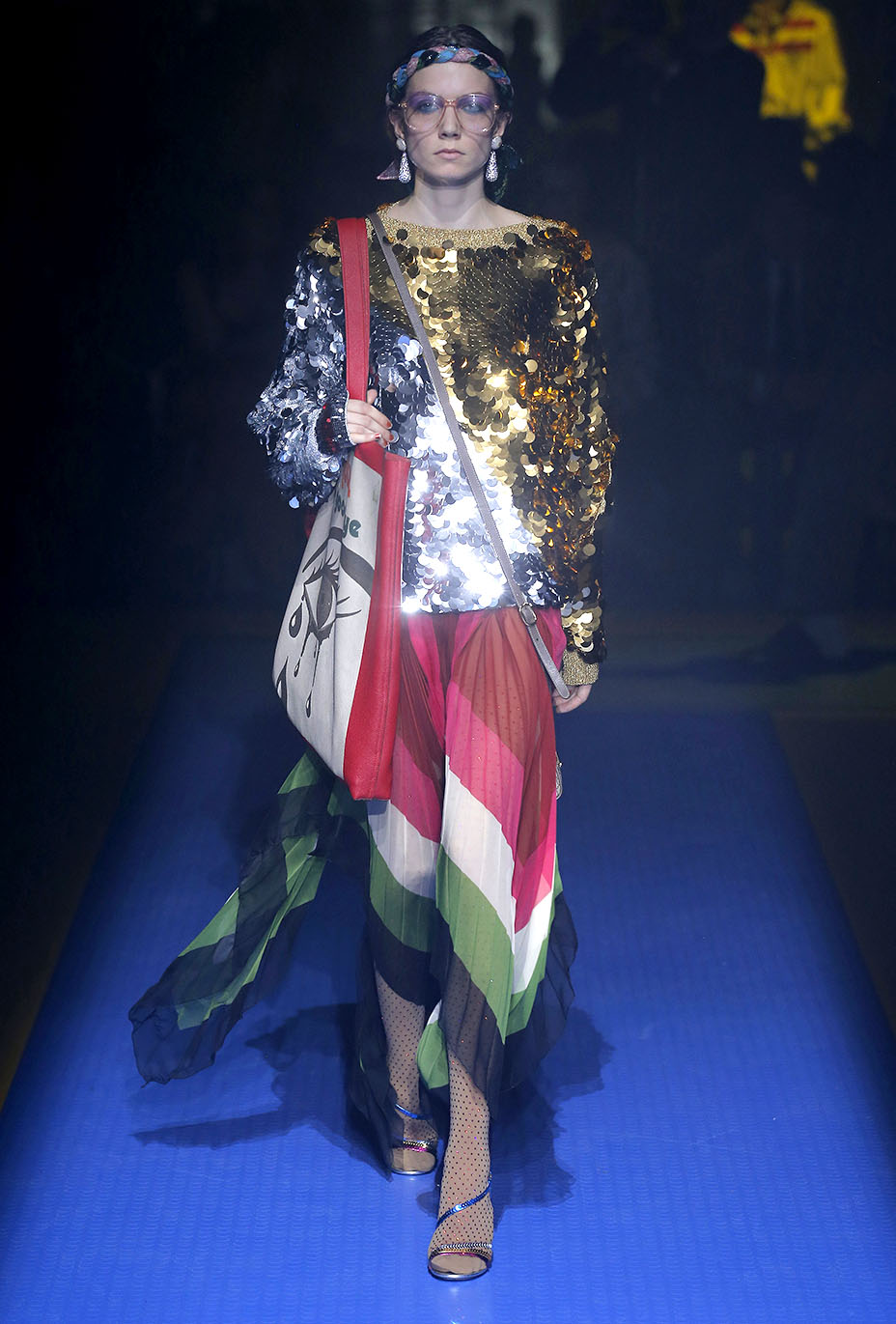 Besides the familiar Gucci vibe, there were some familiar pieces in this season’s costume party, too, namely the oversized blazers, long-length cardigans and pleated skirts that in the hands of a less cool designer might look Queen Mum dowdy. 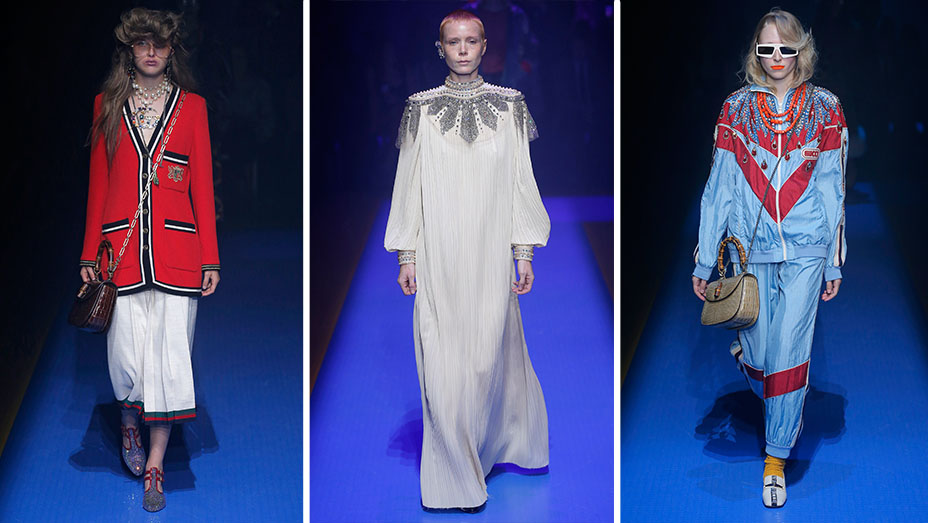 Michele again sampled cartoons (why yes, that was a Bugs Bunny sweater vest worn by a male model in short-shorts); Chinese-inspired motifs, including a red piped skirt and tunic with frog closure; and sport touches, on a color-blocked nylon warm-up suit. 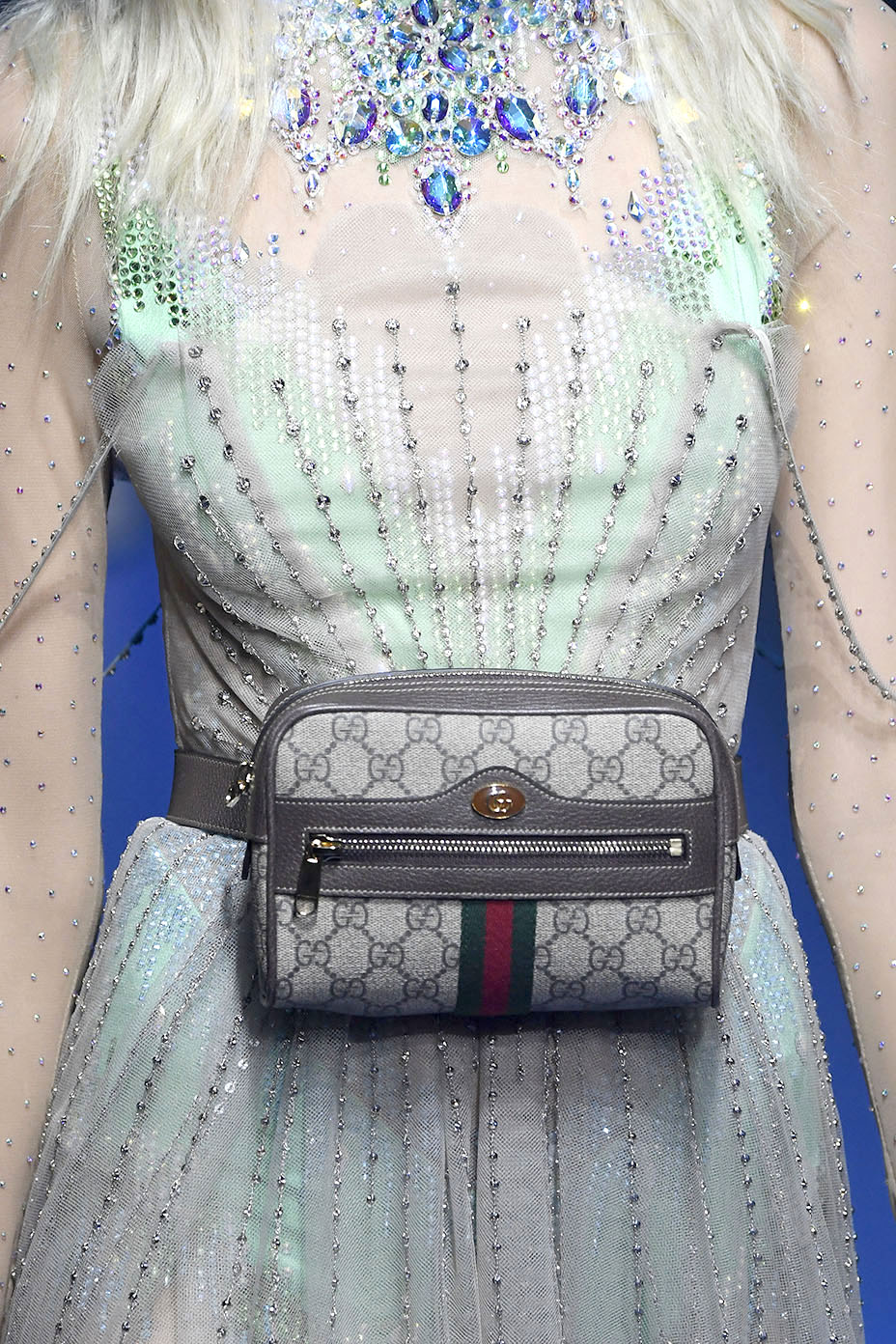 What was different? Well, for one, you’re gonna want a Gucci belt bag come spring (if not a plastic Gucci tote — let it not be said that Michele doesn’t find inspiration in high and low), and maybe a pair of Gucci Devo-like sunglasses. 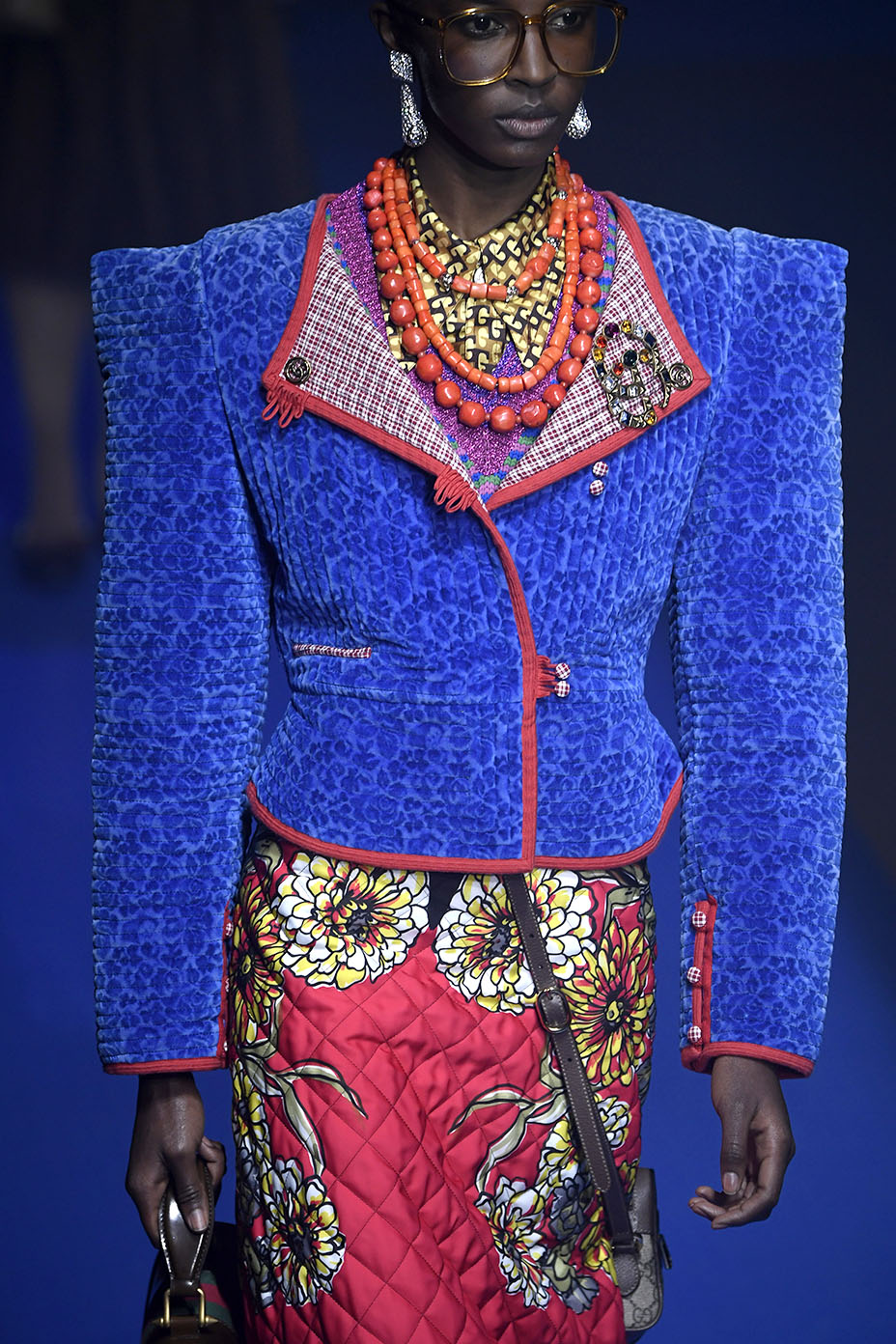 Grace Jones-worthy padded-shoulder jackets looked fresh, as did the scarfy-looking hem on a skirt. Overall, the collection was less fairytale, more cosmic adventure, suggesting Michele may have taken a cue or two from his Star Trek-themed fall 2017 ad campaign. And judging from Gucci’s skyrocketing profits, it seems like his vision is still on course to live long and prosper. 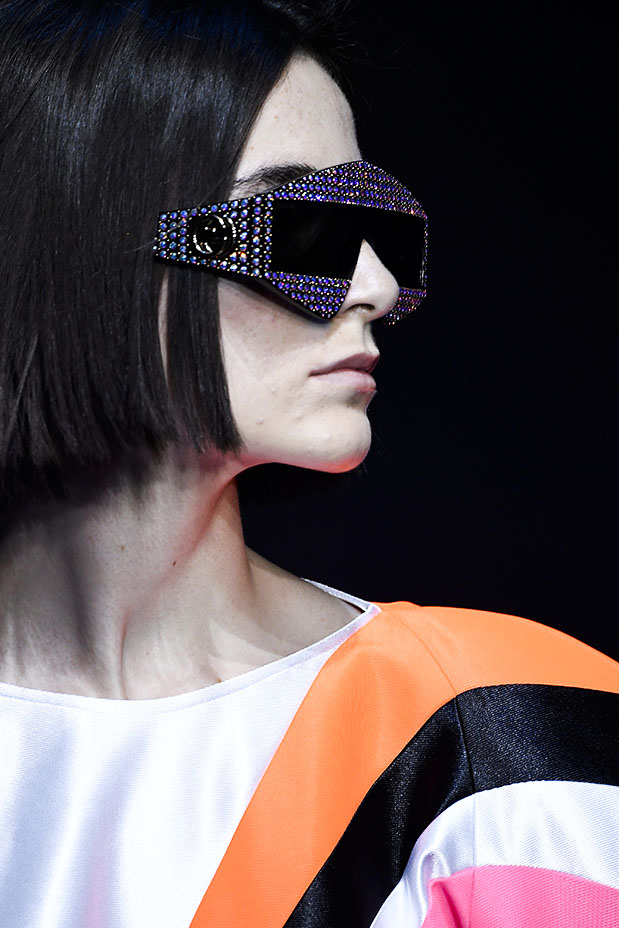 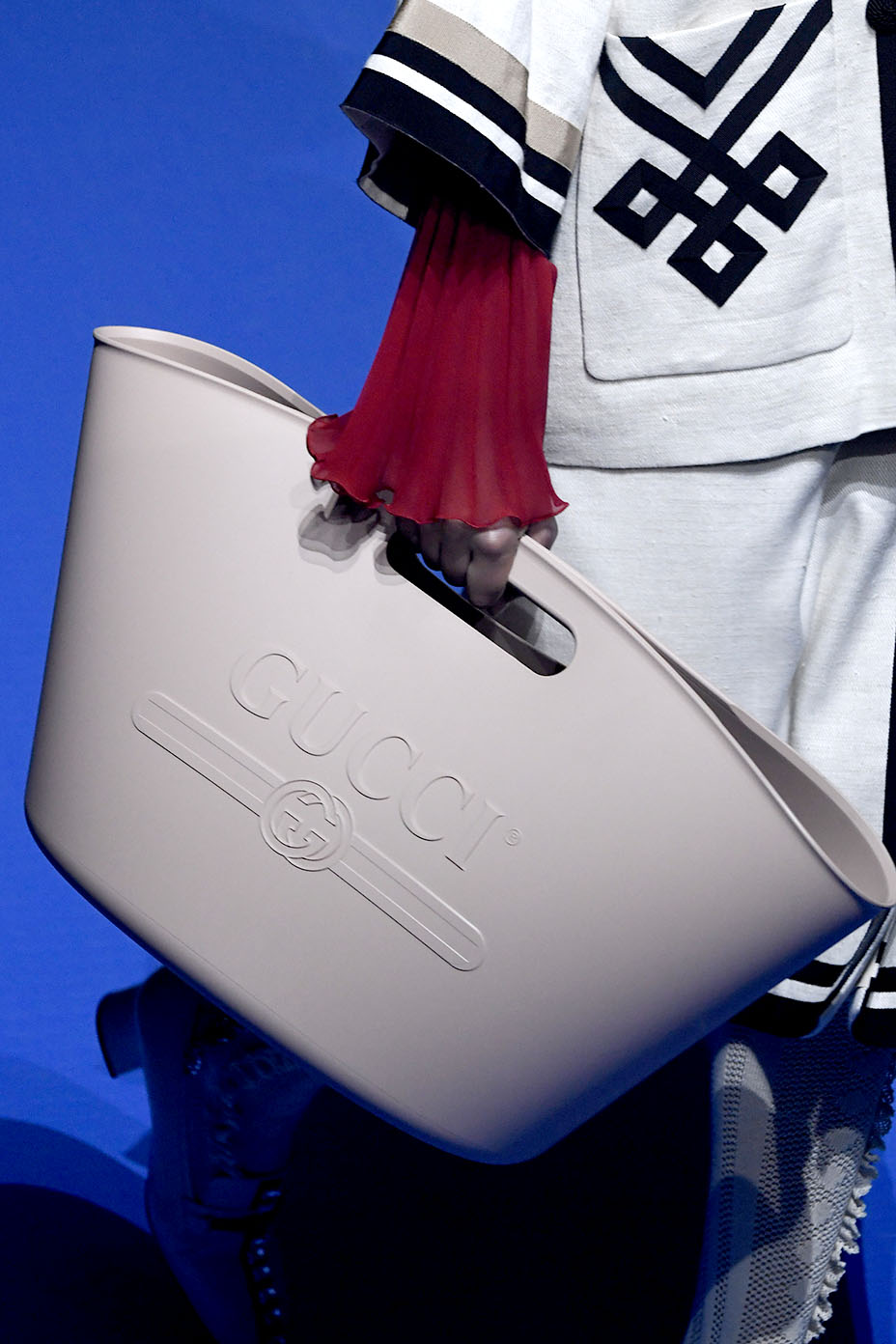