Tennis pro and Lacoste brand ambassador Novak Djokovic, Gwyneth Paltrow, Robbie Williams and Matt Bomer were among those who turned up at The Sheats-Goldstein Residence in Beverly Crest, decorated to resemble a tennis club in celebration of the forthcoming re-opening of the Lacoste boutique on Rodeo Drive.

Set to open Thursday, Nov. 16, the redesigned Lacoste will have a new Le Club concept, the first of its kind in the U.S. The use of graphic lines and green concrete evokes a tennis court, while natural wood and perforated leather detailing are designed to be reminiscent of vintage racquets. The shops are even scented with a new Lacoste fragrance with notes of wood and the brand’s signature cotton pique fabric.

L.A. Top Shopping Streets Struggle Amid Pandemic: "We Have Vacancies Throughout Our City" 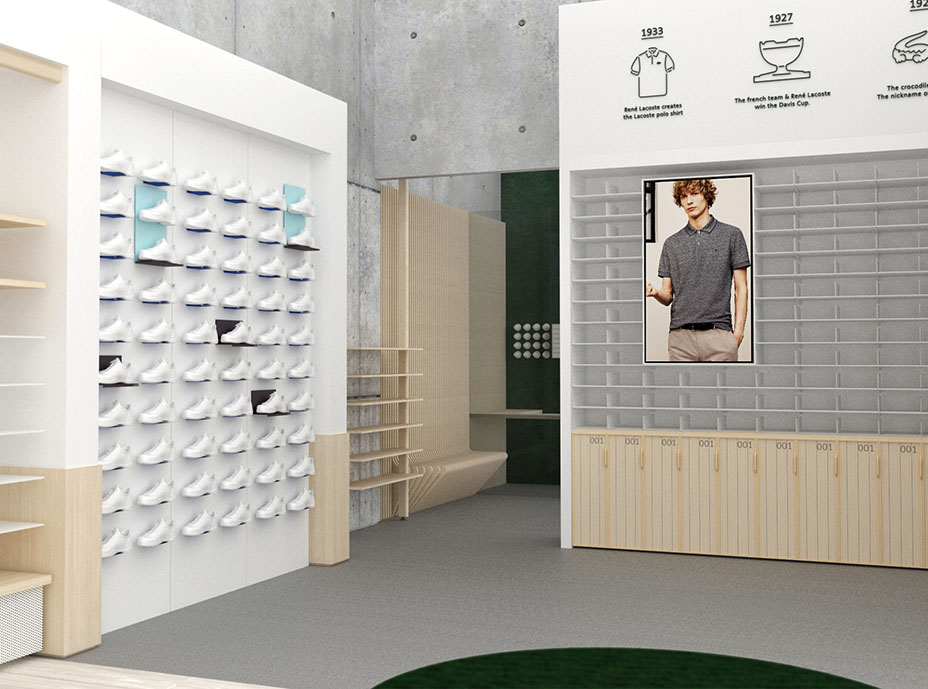 “When I joined Lacoste three years ago, I told my team that the store concept was nice, but for me there was a lack of identity, so we redefined the main marketing assets of the brand: the sport elegance and the Frenchness,” said Lacoste’s global CEO Thierry Guibert, who spoke to THR exclusively by phone just after he touched down in Los Angeles earlier this week. “When you enter the new Le Club store, you immediately feel the Lacoste inspiration, like you are ready to play a tennis match; the fitting rooms look like a vestiaire [French for ‘locker room’]. Inspiration for the concept came from a very specific place, the famous Golf de Chantaco club in the South of France, where Rene Lacoste played tennis and golf.”

That club, located in Saint-Jean-de-Luz, France (where Lacoste died in 1996) was actually founded in 1928 by Lacoste’s father-in-law, Rene Thion de la Chaume.  And it was just five years later, in 1933, when then-tennis champ Lacoste co-founded his clothing company and made his mark with crocodile logo polo shirts that soon became a hallmark of chic sportif and preppy style. (The emblem was derived from Lacoste’s nickname, “Le Crocodile,” on the court). Some of Lacoste’s personal racquets and other heritage pieces will be on display in the Le Club shops, noted Guibert.

“One focus for this new store concept is footwear, because we bought back our footwear business; it was a license for us, but it will be our own business again as of January 1, 2018, and we want to develop this category,” said Guibert. “It is currently 15 percent of our business but, in the near future, it will be close to 30 percent.”

Another focal point is a wall of polos, featuring the brand’s signature L.12.12 polo shirt in four fits and about 50 colors, according to Guibert. A customization station will offer multiple iterations of the crocodile motif and an option to personalize shirts with a monogram; designs can be previewed on interactive iPad tablets.

The Rodeo Drive boutique will also feature the brand’s first dedicated V.I.P. room in the U.S. with an oversize dressing room and a tailoring station. 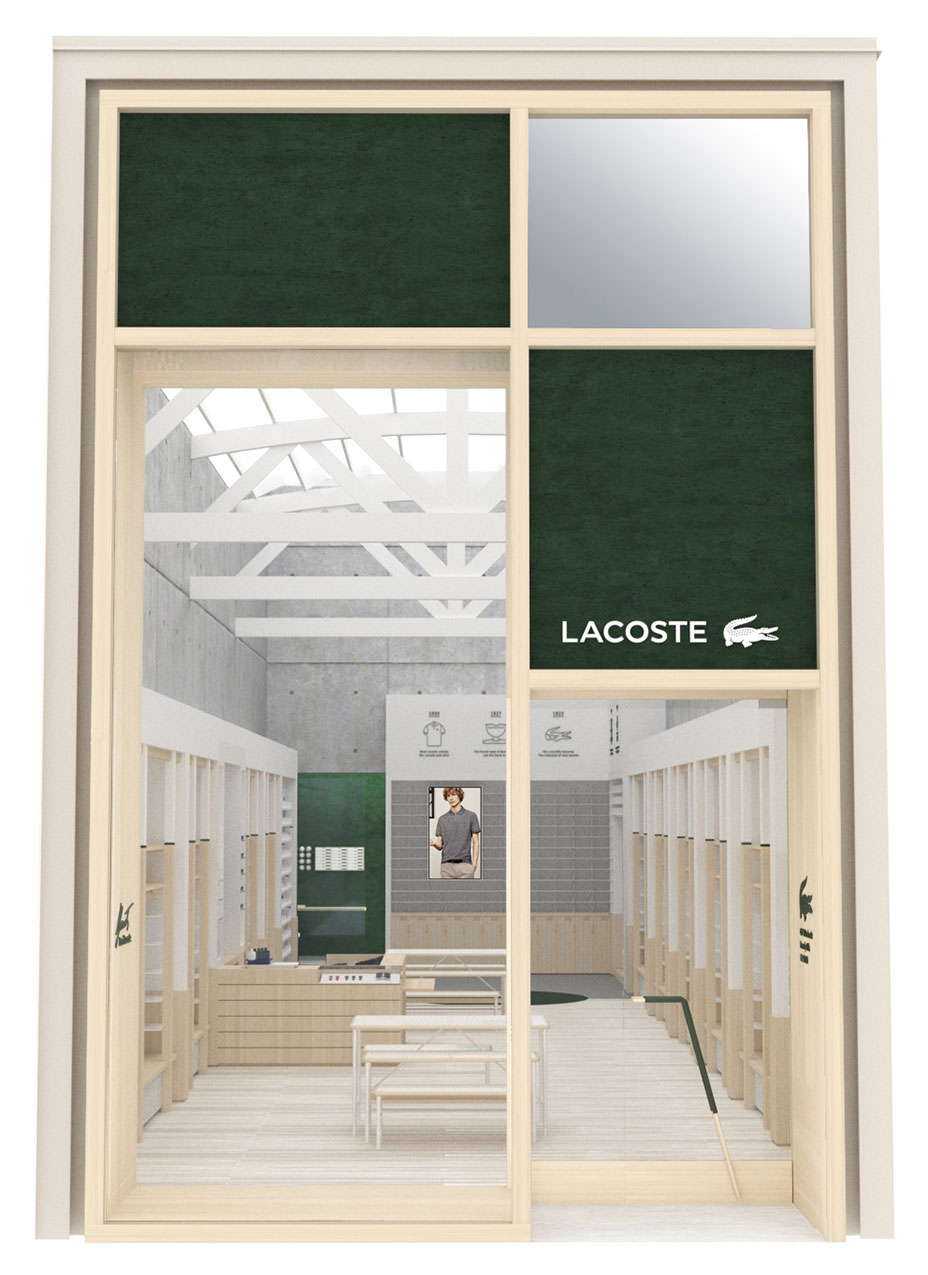 Next year marks the 85th anniversary of Lacoste and Guibert said there will be a special anniversary fashion collection hitting stores in March, with a second installment landing in May. And plans are in the works for a party organized around the French Open tennis tournament in June. In Los Angeles news, another Lacoste Le Club store will open in the Westfield Century City shopping complex next spring.