When it comes to skincare, Dr. Karyn Grossman believes in blending all-natural with a bit of science.

“People have become more holistic in the way they look at their lives, whether they are eating healthier foods or taking better care of their bodies,” says the dermatologist beloved by Gwyneth Paltrow and Linda Evangelista, who recently launched her first skincare line and opened a shiny new West Coast office.

They are also looking at what they’re putting on their skin differently, says the bi-coastal doctor, whose clients in New York and Los Angeles are drawn to all-natural products, but often complain about their effectiveness.

Still Fired Up? Hillary Clinton Merch Marked Down to Move

The solution, she says, is a new 90/10 ratio she’s pioneered with her skincare line Karyng by Dr. Karyn Grossman. “It’s 90 percent natural, with 10 percent scientific, so you really get results that you want.”

The dermatologist honed her philosophy over the years consulting for the likes of Garnier and St. Ives, and launching and developing Estee Lauder’s Prescriptives brand. Her Karyng product range, including cleanser, retinol serum (“all dermatologists believe in retinol, it’s our tried-and true ingredient,” she says), night cream and eye cream, features her signature anti-inflammatory and anti-oxidant packed Pro-Verte technology.

Loaded with ingredients such as Indian gentian leaves (to reduce fine lines and wrinkles) and echinacea purpurea (a natural anti-oxidant that also encourages hyularonic acid stimulation), the product line also contains technology-driven ingredients such as neodermyl, a “bio-energy source” designed to boost collagen and elastin production. Together, it all works deep in the epidermis to combat signs of aging, redness and inflammation.

The hero product of the line is the Complete Broad Spectrum SPF 50 sunscreen ($75) (available in two shades, Light/Medium and Medium/Dark), which serves as a moisturizer, primer and sun protection in one. “[Wearing sunscreen] is something we have to teach people to do at a young age, but if you hate the product, you’re never going to use it,” she says of the titanium dioxide, zinc and iron oxide-driven product, which shields against both UVA and UVB rays. “Intellectually, people want to do it, but they can’t find a product they love.“ 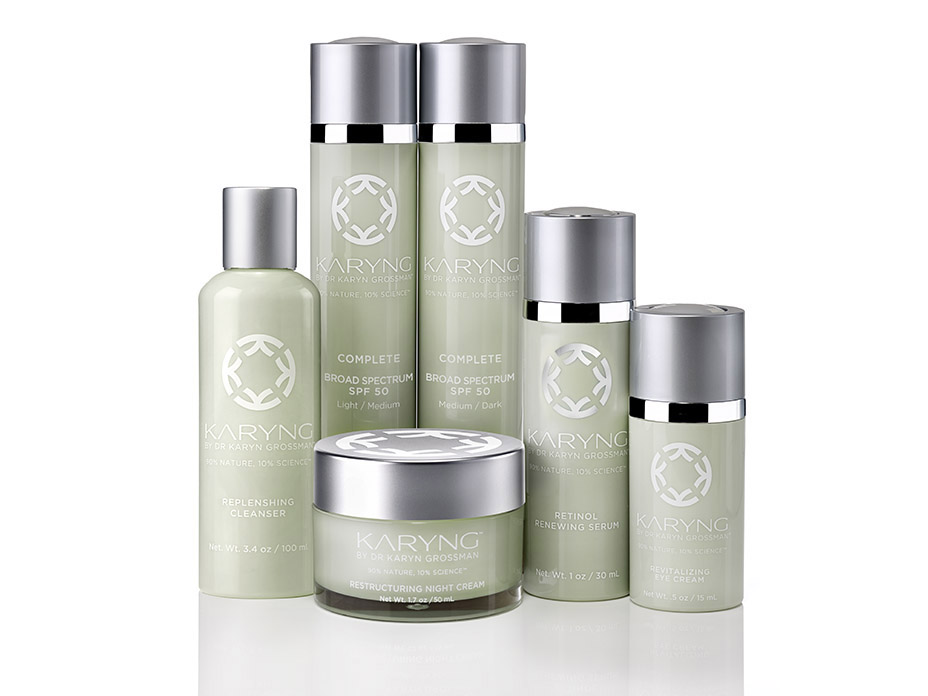 Dr. Grossman wanted her new workplace to reflect the nature-meets-science ethos of her new brand. The result? A Barbara Barry-designed, 12th-story corner perch on Santa Monica Boulevard, designed to put clients in a state of relaxation. Featuring dramatic, panoramic views of the Pacific Ocean and Santa Monica Mountains alike, the state-of-the art, light-soaked space boasts six examination rooms, in addition to esthetician, recovery room and examination rooms. “My old office had a lot of photos and showcased a lot of art,” explains Dr. Grossman, who had also tapped in-demand design maven and longtime friend Barry to envision her former office in 1997. “I wanted the new art to be nature.”

Along with the new office comes an expanded menu of cutting-edge treatments, building upon Dr. Grossman’s existing surgical and non-surgical offerings such as dermal fillers, lasers and liposuction. Additions include CoolSculpting Advantage, a fat-reducing procedure based on a cooling technology, now available in quicker, 30-minute cycle (versus its hourlong predecessor); the non-surgical facelift InstaLift (“It’s very popular in Europe,” Grossman says), and MiraDry, which removes underarm sweat and odor glands.

The another reason for the dermatologist’s swanky new, nature-inspired designer digs?  “I hurt people all day,” she says, half-jokingly. “I zap people with lasers, I poke them with needles. [The new space] is really meant to make you feel calm and tranquil, and to engage with the outside world.” 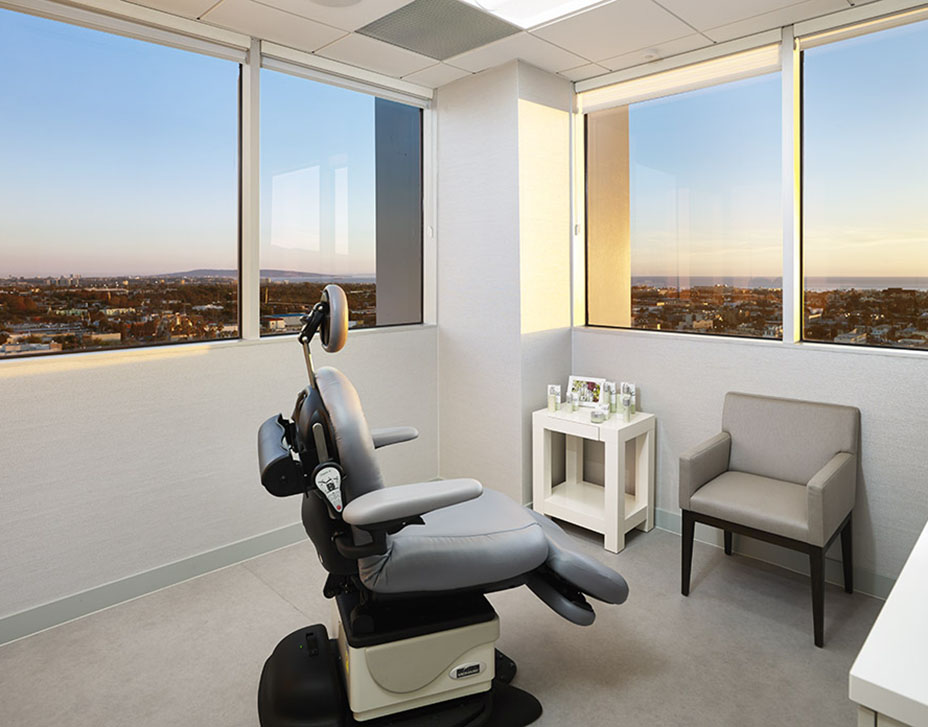