Last Sunday night, Gwyneth Paltrow posted a portrait alongside fiance Brad Falchuk, thanking Ryan Murphy for “the most incredible evening.” Elizabeth Saltzman, Paltrow’s longtime stylist, dressed her in a maroon Giambattista Valli Haute Couture gown. With her hair swept back with a barrette and a corsage on her wrist, one has to wonder: Was this an engagement party or an actual wedding?

Very little is known about the evening; Page Six reports that 400 guests were in attendance at the event, held at the Los Angeles Theatre. Steven Spielberg (Paltrow’s godfather), Reese Witherspoon and Demi Moore attended. Jessica Seinfeld wore a purple sequin dress and pearls, Kate Hudson sang to the crowd, and Jennifer Aniston had her wrist in a brace.

There was an exchange of rings, too. The gold signet ring by Kim Dunham, engraved with “B.F.” and two crossed arrows, has made plenty of cameos on Paltrow’s Instagram. Yes, the ring is for sale on Goop: The 14-karat yellow-gold ring, $3,200, is engravable, too. 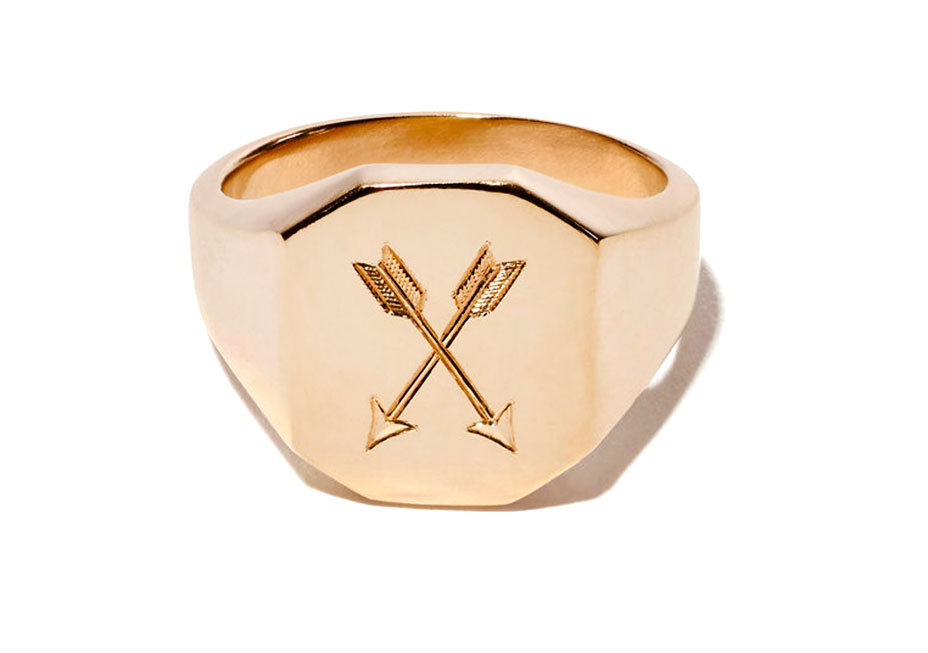 On Sunday evening, Paltrow opted to wear her deep blue sapphire ring, which she first wore to the Producers Guild Awards in January. The signet ring was back on Wednesday night as she celebrated the opening of The Go-Go’s Broadway musical: Head Over Heels. Paltrow produced the musical, which is now open in San Francisco.

So … was it a wedding? Chelsea Handler posted a photo with the caption: “headed to celebrate my friend’s engagement.” Let’s call it a coupling ceremony.

Headed to celebrate my friend’s engagement.

A post shared by Giambattista Valli Official (@giambattistavalliparis) on Apr 16, 2018 at 5:47am PDT

Jennifer Garner celebrated turning 46 on Wednesday and revealed a gift from one of her daughters: a 12-foot-long scarf. Made on a peg loom by her 9-year-old, the scarf resembles a Missoni runway look. It looks like Garner and Ben Affleck’s daughter could have fashion in her future.

As for Brooklyn’s other American girl, Chloe Grace Moretz, the two are still following each other on Instagram after a paparazzo caught him kissing a model.