While promoting The Edge of Seventeen, Hailee Steinfeld showed off her style range, from a sexy Balmain minidress to an ethereal Elie Saab Haute Couture gown. For Sunday’s Golden Globe Awards, the actress proved she’s capable of pulling off any look, as she stepped out in a custom lavender gown by Vera Wang and Forevermark Diamonds. 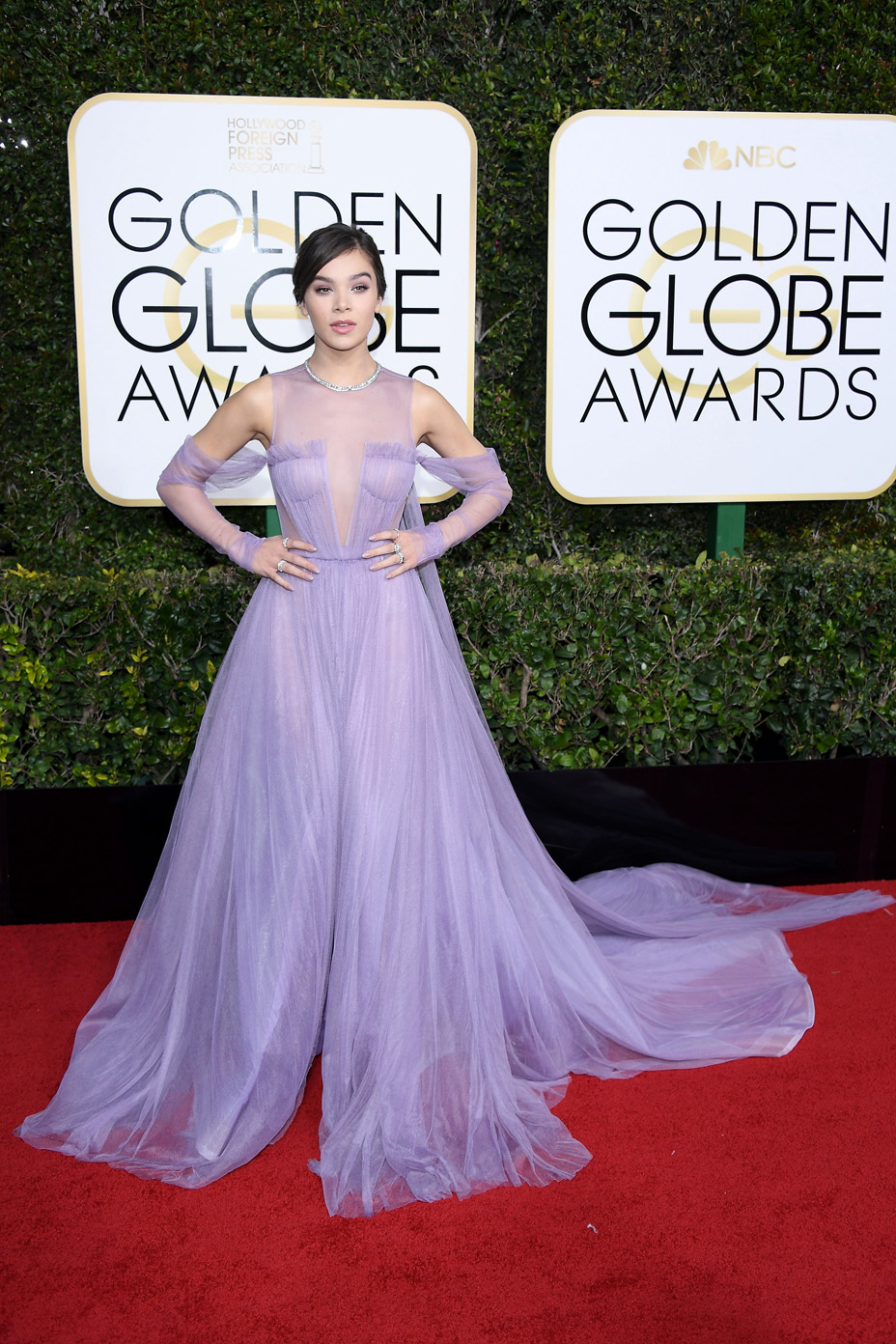 Steinfeld is nominated for her first Golden Globe under the best performance by an actress in a motion picture — musical or comedy category for her role as awkward teen Nadine in Kelly Fremon Craig’s The Edge of Seventeen. The 20-year-old star will be up against fellow nominees Annette Bening (20th Century Women), Lily Collins (Rules Don’t Apply), Emma Stone (La La Land) and Meryl Streep (Florence Foster Jenkins).

In an episode of The Hollywood Reporter‘s Awards Chatter podcast, the “Starving” singer described The Edge of Seventeen as “a movie that I’m so incredibly proud of and fell in love with,” adding, “To have brought this character to life was really an honor.”