“I live in California and I surf, so I spend a lot of time on the water,” said actress and activist Bonnie Wright at a New York preview of her new women’s swimwear collaboration with sustainable clothing company Fair Harbor. “And every weekend since I was born, I have been going to the south coast of England — not to California, though. The English Chanel isn’t really the Pacific Ocean.”

As she spoke to The Hollywood Reporter, her partners in the venture (the young brother-and-sister team behind Fair Harbor) smiled and nodded, while the party swirled around them at Package Free Shop, a sustainably minded outpost in Brooklyn’s Williamsburg. Fellow surfing enthusiasts Jake and Caroline Danehy started Fair Harbor in 2014, when they were 21 and 18 years old, respectively, with a line of men’s board shorts made from recycled single-use plastic bottles.

About 11 plastic bottles are repurposed in each pair of shorts and eight in each women’s swimsuit, noted CEO Jake Danehy. It is estimated that the United States generates 50 billion plastic bottles every year, only recycling 23 percent. The duo was motivated after seeing plastic debris washing up on the shores of the Fair Harbor community of New York’s Fire Island, where they’ve spent summers surfing since their childhood. 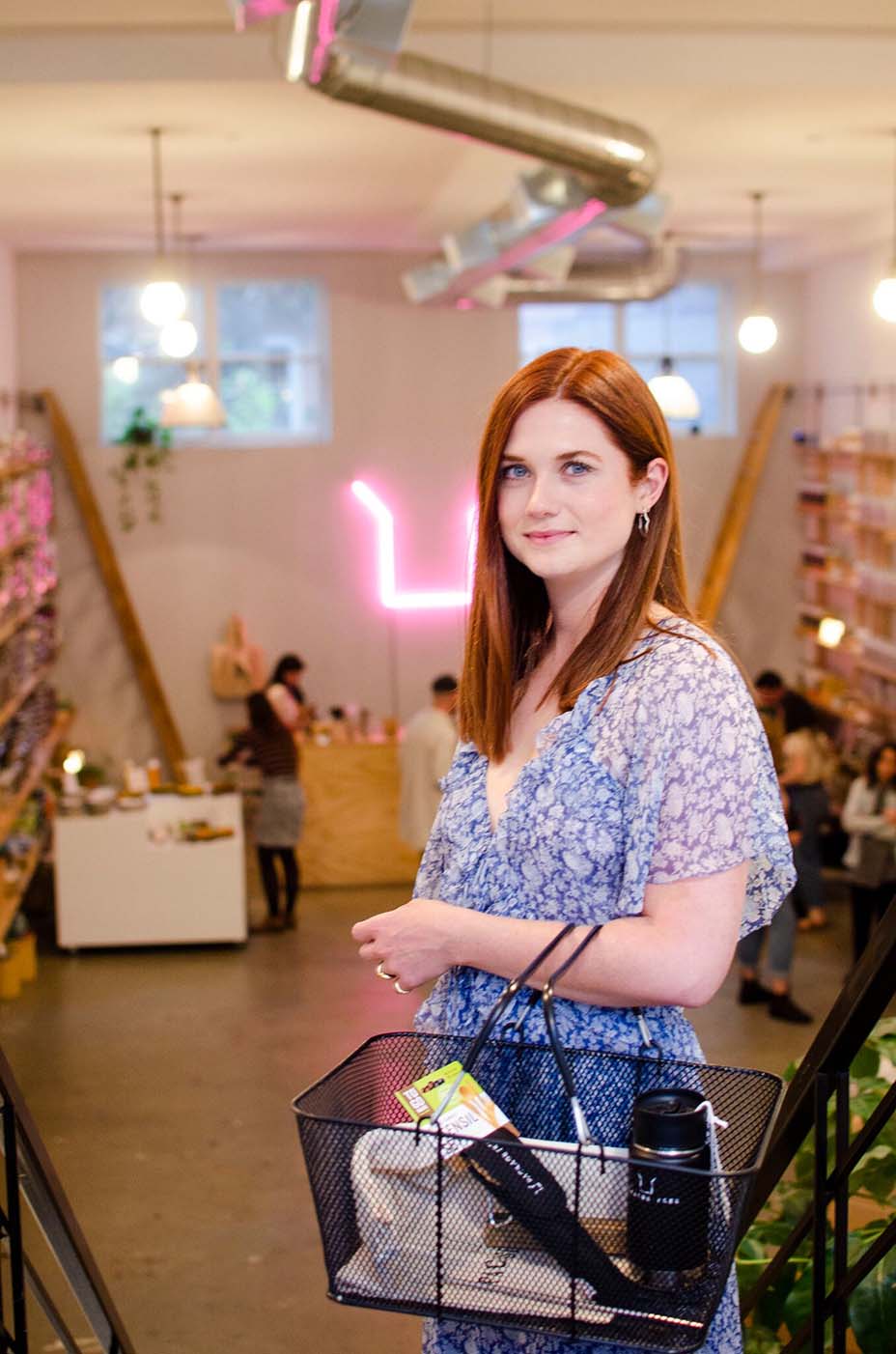 For the brand’s swimsuits, the recycled plastic is broken down into polyfibers that are spun into yarn and woven into a soft fabric that’s indistinguishable from other swimwear. Their burgeoning company has already launched an ongoing men’s collaboration with UnTuckIt as well as offering the branded Fair Harbor line for men and women, which they see as eventually becoming a full lifestyle clothing brand. 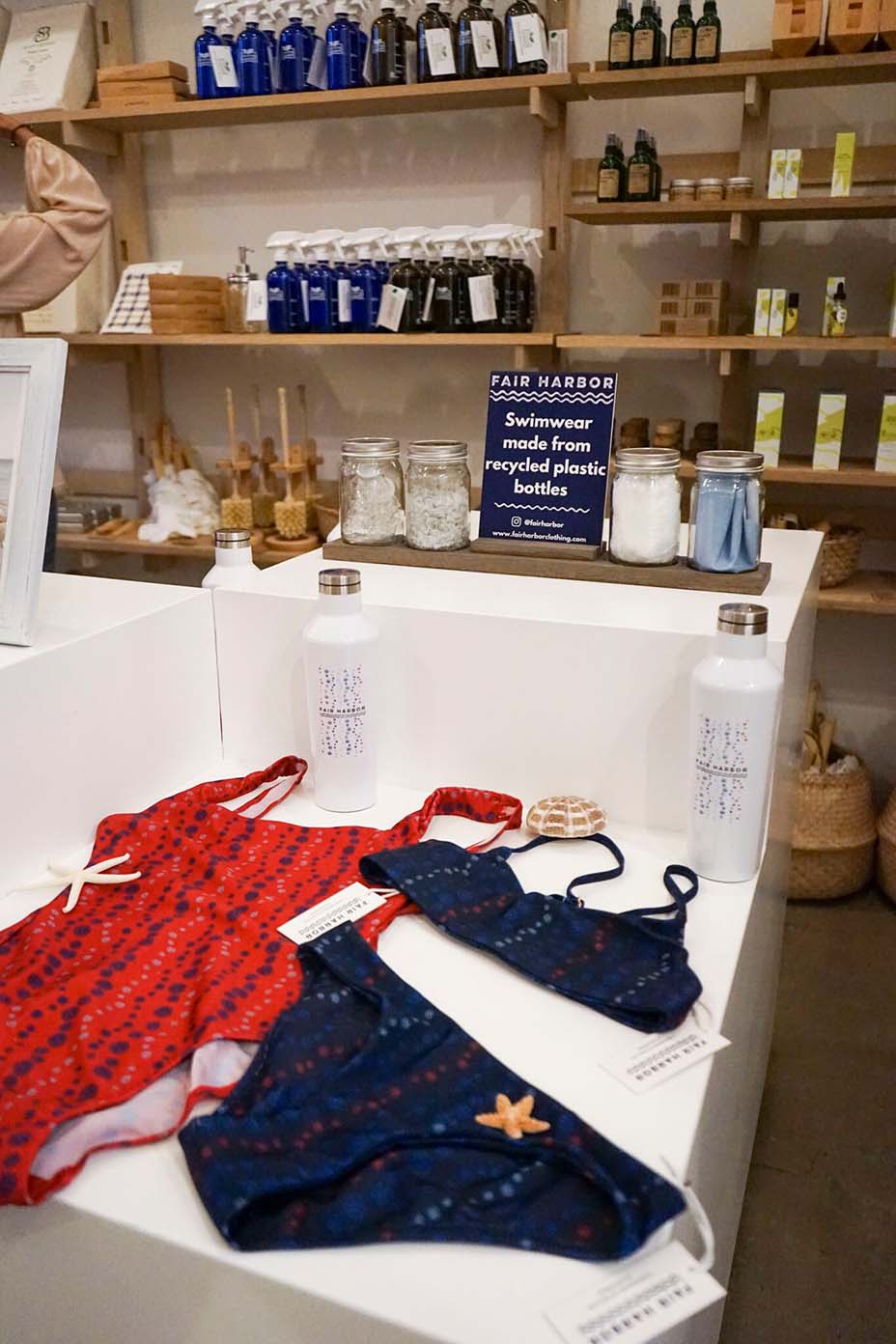 For Wright’s mini-collection, the star known worldwide to Harry Potter fans for her portrayal of Ginny Weasley looked to the ocean for inspiration. “I’ve always loved Japanese indigo dying and the patterns that come out of those processes,” Wright explains. “And then I always love a classic red swimsuit, sort of Baywatch-esque.”

Wright and chief creative officer Caroline Danehy worked together on the fit and shapes of the swimsuits to make them apropos both in and out of a surfing wetsuit. “The bikini has a scoop-neck top and racer-back straps that are adjustable and it has a full-coverage bottom so it lends itself to water sports and it’s also super-comfortable,” adds Caroline Danehy. 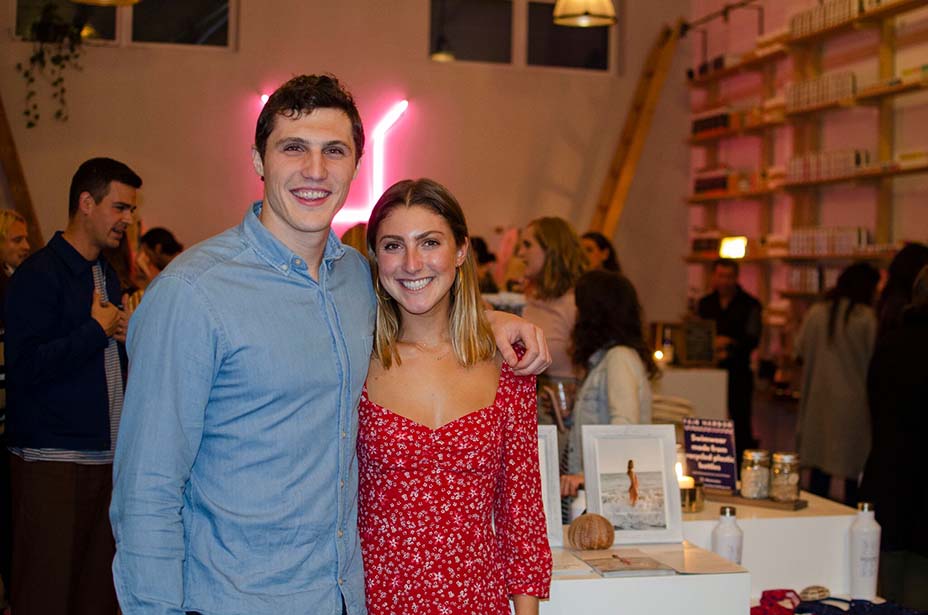 For the Bonnie Wright x Fair Harbor collab, 15 percent of all proceeds will be donated to Heal the Bay, the environmental nonprofit dedicated to cleaning up the coastal waters of Greater Los Angeles. The blue bikini top ($48) in a “sea-urchin” print; matching bikini bottom ($48); and the red one-piece swimsuit ($98) are available at select retailers across the country, including Package Free Shop and at FairHarborclothing.com. 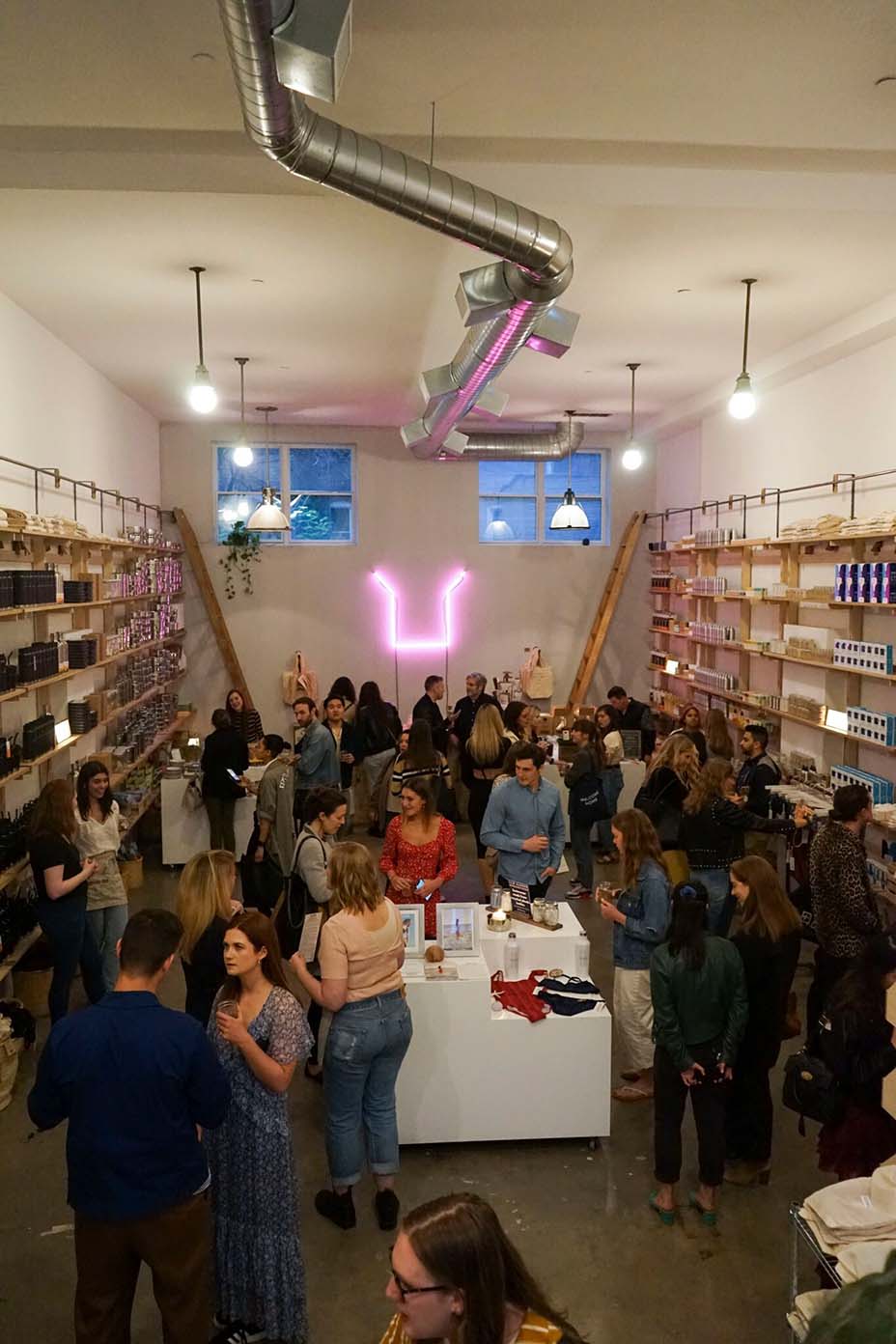