A day after Anna Wintour penned an impassioned defense of designer Georgina Chapman — saying it’s “wrong” to blame her for husband Harvey Weinstein’s behavior — the silence breakers join the conversation about who’s culpable.

Vogue‘s Thursday article supports Marchesa designer Chapman, detailing how she’s coping with “life after Harvey” amid revelations by more than 80 women who have come forward since October to accuse her husband of sexual assault and harassment. Wintour’s accompanying editor’s letter states, “I am firmly convinced that Georgina had no idea about her husband’s behavior.”

At least some of Weinstein’s accusers agree. Lauren Sivan, the television reporter who says she was trapped by Weinstein into watching him masturbate into a potted plant a decade ago, goes further and states that whether or not Chapman knew is irrelevant: “The argument that she knew and married for money and was with him to get her fashion line, I don’t care why she married him — that has nothing to do with me. Whatever agreement those two had has no effect on me whatsoever. What I care about is when this became published, did she stand by him or smear the victims? No, she didn’t, she left him and apologized to the victims. To blame these women who may or may not have known anything about it is a waste of time.” 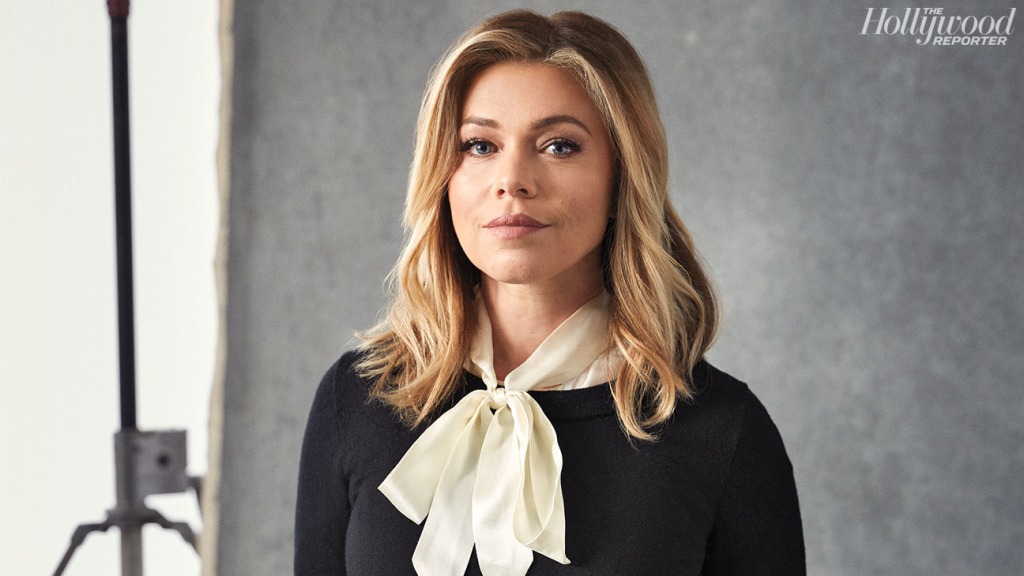 When asked how she feels about Wintour’s statement, “One should not hold a person responsible for the actions of his or her partner,” Sarah Ann Masse, who has said Weinstein hugged and proclaimed his love for her while wearing his boxers during a 2008 job interview, says: “Until we know better, or have information otherwise, I would like to assume that she wasn’t complicit in it. Dragging Chapman and trying to pin any of the blame on to her distracts from the issue at hand, which is that Harvey Weinstein is a serial sexual abuser.”

Adds Sivan: “This is turning into a witch hunt. Being angry at Anna Wintour or any woman who defends another woman is not what this should be about. I really believe that we should all be putting the blame where it belongs — on Harvey Weinstein. I don’t want to join the chorus — I don’t think this is where we should place our anger.” 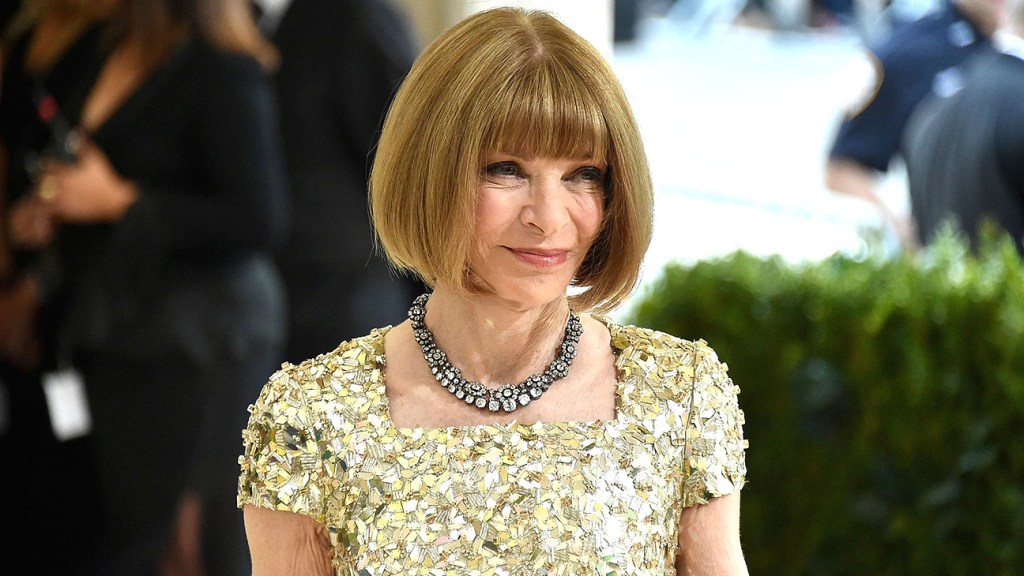 Released the week of Wintour’s highly celebrated Met Gala for which Scarlett Johansson controversially sported a Marchesa gown, the Vogue profile and editor’s letter raised criticism online from journalists, who contend that Wintour was advancing her own agenda to keep the status quo and covering for her past friendship with film power broker Weinstein. “This is not a casual orchestration,” wrote The Cut‘s Stella Bugbee. “By asking us to forgive and forget for Chapman, Wintour asks that we do the same for her.” HuffPost editor in chief Lydia Polgreen, retweeted Bugbee’s article and praised it for “speaking truth to power.” Vanessa Friedman of The New York Times likewise wrote that “The comeback of Marchesa is being orchestrated.”

Sivan scoffs at criticisms claiming Wintour was orchestrating a PR campaign for herself: “As [for positioning herself] on the ‘good’ team, everyone had a relationship with Harvey Weinstein, every actress, media mogul, major democratic party candidate had relationships with him, hugging and kissing him in photos and praising him. If you take down everyone who had a relationship with Harvey Weinstein, are you’re going to take down Oprah Winfrey?” The journalist, who hosts Oxygen true-crime series Abuse of Power, adds: “We can’t fault Anna Wintour — that’s her job at Conde Nast. Why wouldn’t she write a letter and support another woman who did nothing wrong? As for backlash about her supposed strategy, everything is preplanned — from politics to every appearance, it’s all optics for a gain. What world are you living in?” 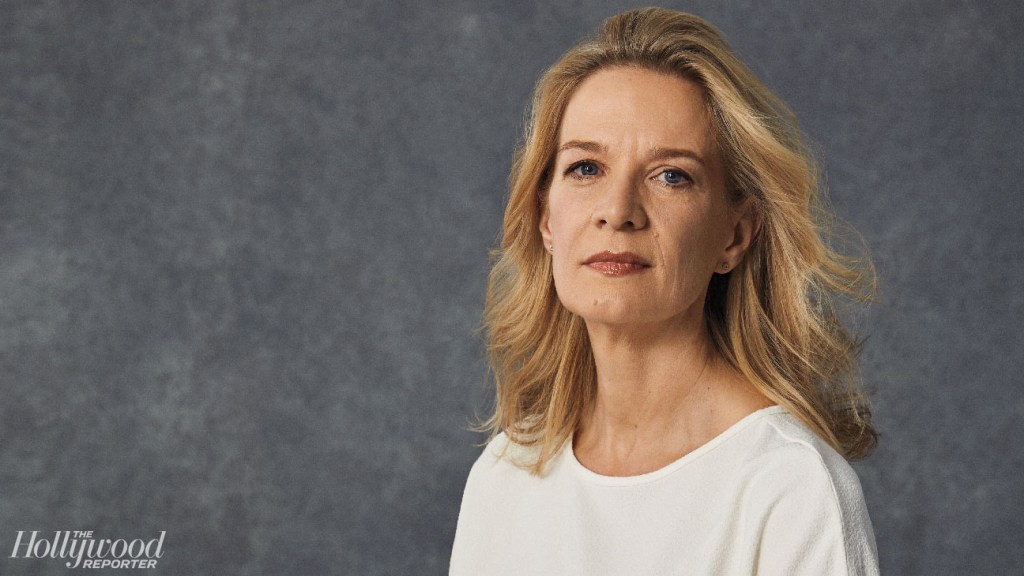 Louise Godbold, who was cornered by Weinstein begging for a massage in the early 1990s, says she hopes Wintour’s letter was about “someone supporting a female friend though a time when she’s dealing with the blowback of her husband’s crimes.” The alternate paradigm for Wintour’s support of Chapman is “that there can be lip service to some rehab and things can stay the same and the status quo will be preserved. I’m not saying there’s no room for people to come back, but if this is about how this will all blow over, including fashion designers continuing to make ad campaigns that are misogynistic or almost child porn, then everything we’ve done has come to nothing — all that angst and retraumatization from coming forward would be for nothing. But I am hoping the shift has happened.” Godbold, who is executive director of Echo Parenting and Education, a trauma education organization, tells THR that she believes “we need people in power, people like Anna who are known for their ability to sniff the winds of cultural change, to use their influence to not paper over the cracks or uphold the status quo but to support women, children, people of color, all of those who have been exploited in the past.”

Godbold adds Chapman is going through a lot and she doesn’t expect her to champion the silence breakers. “I wish the woman well and hope her career and brand are very successful, but I hope she doesn’t believe that everything will be back to normal. Now she has to face that her career and her brand were built on an abuse of power, whether she was witting or unwitting of what Harvey was doing, is not the point. The point is: She knows now, and what is she going to do now?” Godbold hopes that with Chapman, “there’s some reflection and that she realizes we’re in a new world and it’s a good thing to be in a world where Harvey is not bullying her.” 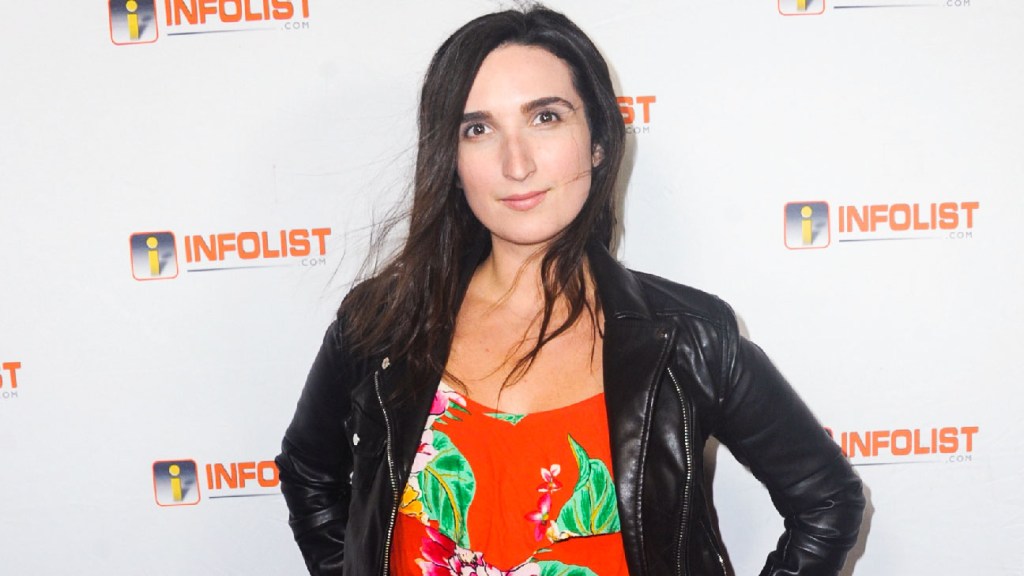 Actress, comedian and writer Masse concurs and says she understands Chapman continuing Marchesa: “I don’t think [Chapman] should be disallowed from having her business because she was married to Harvey.” However, Masse believes the Vogue profile came too soon, amid other articles about men’s comebacks that she says are distracting from the real story and voices of survivors. “I’m not personally angry with Anna or Georgina. I just think perhaps this article is premature, because the victims are still going through this and still haven’t seen any justice served. The focus should be there.”

All three silence breakers, of course, think the attention has strayed from putting Weinstein behind bars (with the May 7 resignation of New York Attorney General Eric Schneiderman not aiding the situation) and are adamantly against one particular comeback narrative for predators. “If Charlie Rose was going to do the show he [reportedly] wanted to do, Meet the Abusers, this idea would be a slap in the face for all of us, for women and anybody who has now become empowered to speak out about the way that they been treated by people in power,” says Godbold. Adds Masse: “The comeback stories for men that are being orchestrated, it’s incredibly frustrating and painful to see that as a victim.”

Masse puts forth that it would be beneficial if Wintour was verbal in her support of survivors in Hollywood in the same way that she has been of Chapman. “I think that’s a way in which she can make sure that it isn’t just a tactical targeted move to rehabilitate her, it’s actually her trying to show support to all of the people who have been harmed in this situation.” Sivan adds. “Whether or not an actress should wear Marchesa on the red carpet is a waste of time and takes the focus off the real problem. It takes the blame off of the perpetrators and causes infighting. We’re stronger when we are together, and taking down other women isn’t what this should be about.”

Why is this controversial? Georgina Chapman didn’t stand by her husband, she left him. Never defended him. Why would she be punished for HIS misconduct? https://t.co/qKDOl4wtar

This is some serious speaking truth to power from @stellabugbee on Anna Wintour. https://t.co/FxkVBmlxAD