Victoria’s Secret Angel Lily Aldridge, pregnant with her second child, recently double-ordered every version of Hatch overalls. Kate Hudson is a fan of the innovative Hatch Mama Belly Mask, and when Khloe Kardashian revealed in March that stretch mark-reducing Hatch Mama Belly Oil was one of her fave products, it sold out overnight. Kourtney Kardashian, Rachel Weisz, Scarlett Johansson, Jessica Alba and Reese Witherspoon are other Hatch fans. “Do you know anyone who knows Meghan Markle?” jokes founder Ariane Goldman.

Driven by her own need, while pregnant, to “feel chic and effortless without wasting money on disposable maternity clothes,” Goldman launched the New York-based brand Hatch in 2011 to fill a void in the fashion market for cool, flattering clothes that work before, during, after, or apart from pregnancy on women of all ages. “Twenty percent of our customers aren’t pregnant,“ Goldman told The Hollywood Reporter while in L.A. to open her second brick-and-mortar store, in Santa Monica across from Brentwood Country Mart. The first Hatch store debuted last year in New York. 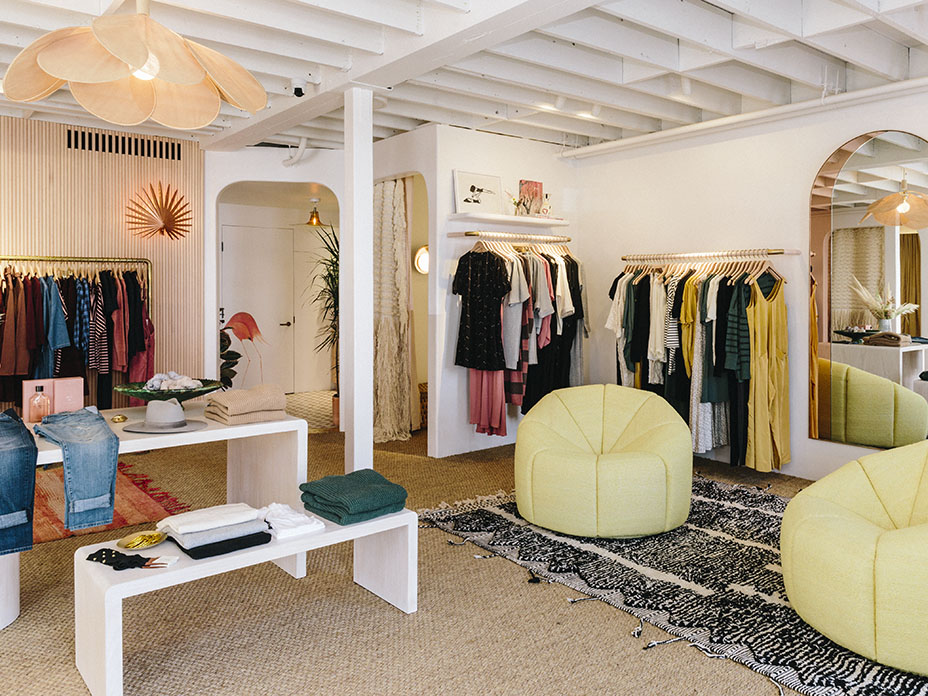 Pickles and ice cream, anyone? Near the front of the 1,400-square-foot Santa Monica shop is a complimentary Cravings Bar, serving up treats. Fringed dressing room curtains and chair covers are made with hand-woven Moroccan fabrics by fashion photographer-turned-designer Randall Bachner, whom Goldman met in Marrakesh in 2015 and with whom she has since collaborated on some of the fashion pieces. Eighty percent of the Hatch line is produced in New York.

Top-sellers are overalls and adult “onesies” that Goldman says are “a signature, because they’re one-stop shops that you can dress up or down and you’re done, which is what the brand stands for.” The easygoing basics ($18-$378) include A-line shirts and dresses, boyfriend maternity jeans, cashmere joggers, oversize sweater dresses and tees and cocoon-y knits and outerwear. Also in the mix are bralettes and undies, sleepwear, swimwear, cashmere socks and The (Anti) Diaper Bag, complete with a changing mat, three zip-top clutches and multiple stash compartments. Exclusive to Santa Monica is a “LALA Mama” T-shirt ($78, with 100 percent of profits donated to the Alliance of Moms that supports pregnant and parenting teens in foster care in Los Angeles County).

A corner apothecary, painted with flamingo murals, stocks the Hatch Mama non-toxic, plant-derived body care line ($12-$68) that launched in January. There are aromatherapy rollerballs, stretch mark-minimizing sheet masks, a nipple and lip balm, a gel-based cream to reduce swelling in the feet and legs, a fortifying hair oil to help prevent hair loss during pregnancy and Insta-ready temporary belly tattoos — a hipster way to mark each month and stage of pregnancy and stage a gender reveal.

Hatch also has an array of grab-and-go gifts such as a Hatch-To-Hospital Box for mom (with an organic bamboo robe, undies, nightgown and socks, $248) and a Hatch-To-Home Bag for baby (stuffed with an organic cotton hat and blanket, terry socks, a Jellycat stuffed animal, and a note card to record birth stats, $198).

Starting next month, Hatch will host workshops and talks by experts “so women due within three months of each other can meet and have conversations about sleep, lactation or labor,” says Goldman.  Ten more Hatch stores are planned by 2020. 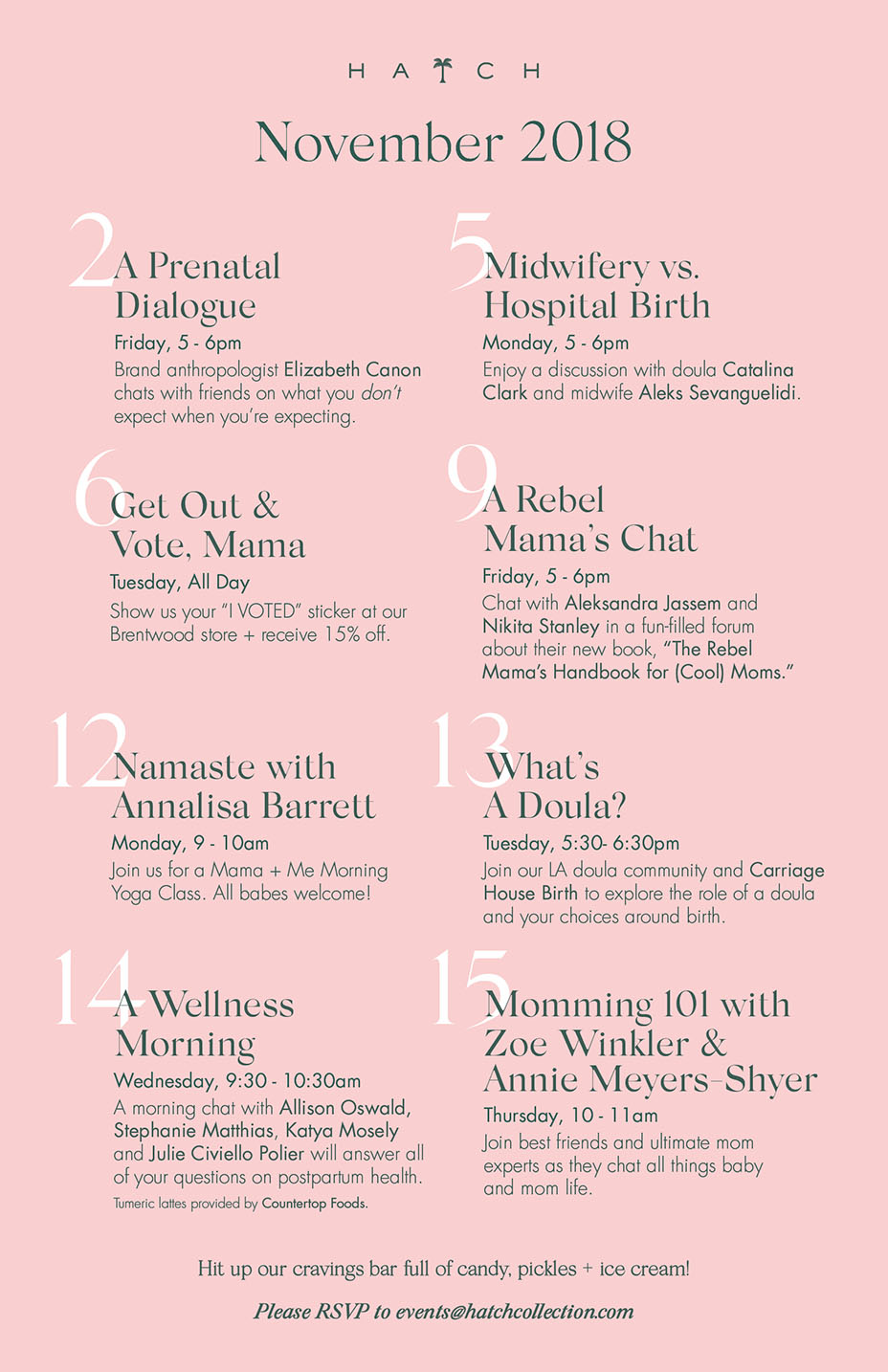