L’Orèal staged its third installment of its yearly runway fashion show at Paris’ iconic monument and museum La Monnaie (Paris Mint) over the weekend, with an array of global stars and brand ambassadors such as Helen Mirren, Amber Heard, Eva Longoria, Andie MacDowell, Camila Cabello and Aja Naomi King taking to the catwalk.

Backstage, prior to the show, The Hollywood Reporter spoke to several of the stars about their L’Orèal experience. Mirren, who debuted alongside Jane Fonda at the inaugural event in 2017 on the Champs Élysées, expressed nerves about tripping. “The first time I wore low heels, trousers and had a walking stick, so there was no chance I would fall,” she said. “This time I am wearing incredibly high heels with a flowing Giambatista Valli gown that I am sure will get caught up in my heels. So root for me, as I am terrified I will fall over!”

Mirren took that handicap and turned it into a stunning finale to the show (flanked by three other spokesmodels) barefoot and arms twirling in the flowing chiffon gown as a multi-piece band played an accompaniment. The actress, who is set to portray yet another strong historical female role, Catherine the Great, drew a similarity to the Russian Czarina with her ingenuity, turning weakness into strength.

Strong female roles — inclusive of age and culture — are what the stars each expressed as special about being a part of the L’Oréal family. Longoria, a 15-year veteran of the brand, told THR, “[The show] is open to the public, which I love, because everything else during Paris Fashion Week is really exclusive.” She added, “L’Oréal as a global company was really a pioneer in embracing the different ideals of beauty in different cultures. I love the diversity on the runway seeing models like Soo Joo Park, Aishwarya Rai from India and Doutzen Kroes from Holland.”

The actress-director and new mom has been enjoying the parks of Paris with her 18-month old son Santiago (who is enjoying the potato purèe in France, according to Longoria) and told THR that her beauty routine has really simplified since becoming a mother: “I don’t have time to sit for hours in hair and makeup.” She also attended the Balmain spring 2020 show, calling creative director Olivier Rousteing “a genius who really wears his heart on his sleeve in his work.” 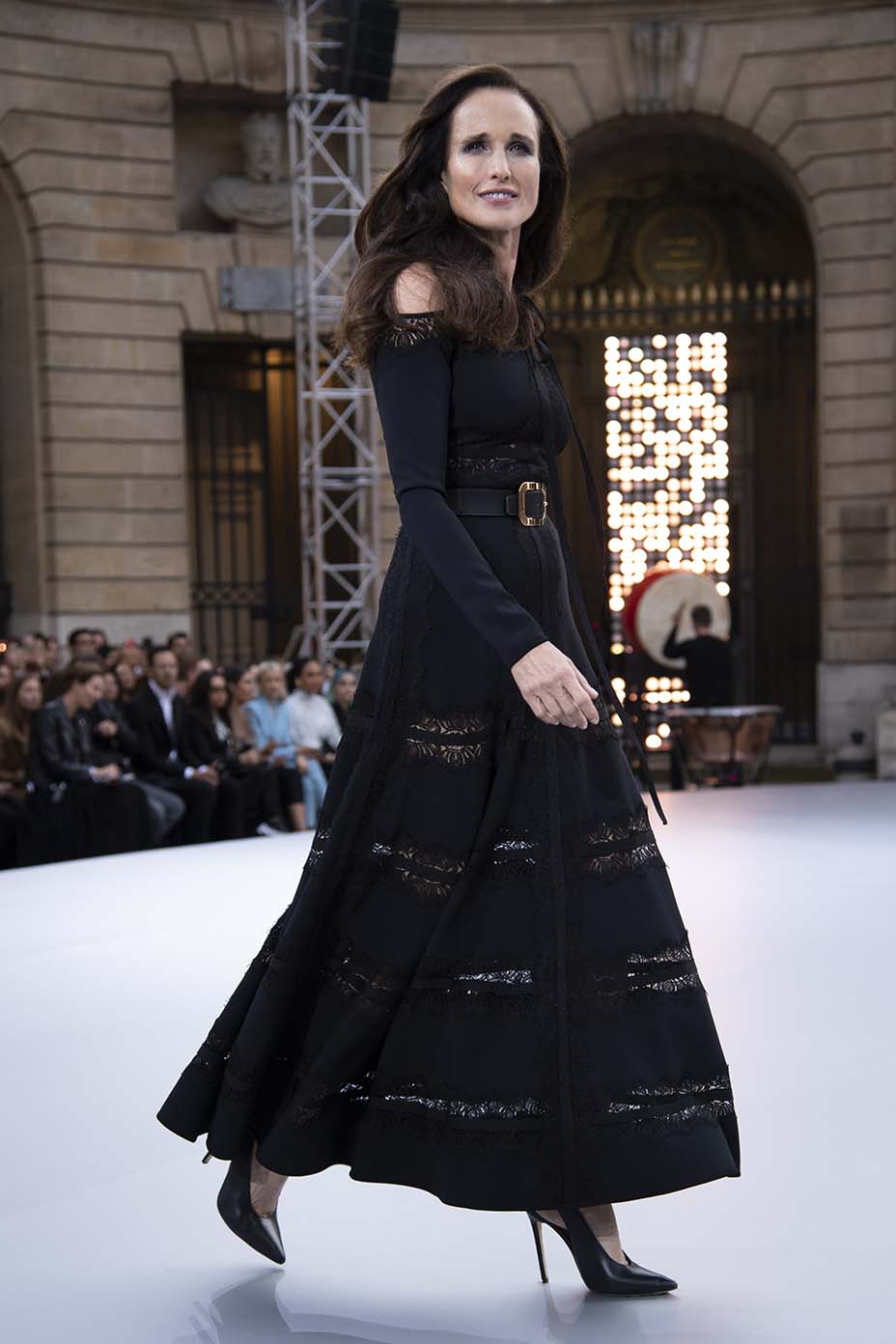 The 61-year-old MacDowell, wearing Elie Saab, can claim being the longest-running beauty spokesmodel of anyone, going on close to 35 years with the French cosmetics giant. “I was pregnant with my son, [who] is 33 years old now, when I first signed a contract and I was nervous to tell them, but they didn’t mind at all,” she told THR.

The actress-model said L’Orèal has been with her through every beauty stage and at the forefront of inclusivity of older women. “There shouldn’t be shame attached to aging, women should be granted the same acceptance as men to grow old because, like men, we get better with age,” said MacDowell, adding that she has contemplated becoming a female “silver fox” by going gray, “Women finally have the same dignity, and it comes with power and strength. We have to take control of that and recognize that negative, demeaning thoughts about other women diminishes it. We need to keep that power.”

New to the event and fresh off the heels of the United Nations General Assembly in New York, Heard was wearing Balmain and looking forward to her debut on the runway. “I still feel new to the L’Oréal family and I’m excited to be here in the heart of L’Oréal Paris to experience the culture of the brand at its heart,” she told THR.

“I know some of the other ambassadors and I think being surrounded by so many strong women, who reflect a body-positive image and an identity of strength and independence, is inspiring and empowering,” Heard continued. “Any pretty face can represent a make-up brand, but you can see their messaging in who they choose as ambassadors. Women and those who identify as female include a wide range of individuals — different sizes and cultures, athletes, singers, pop stars — and that made me want to be a part of the family.” 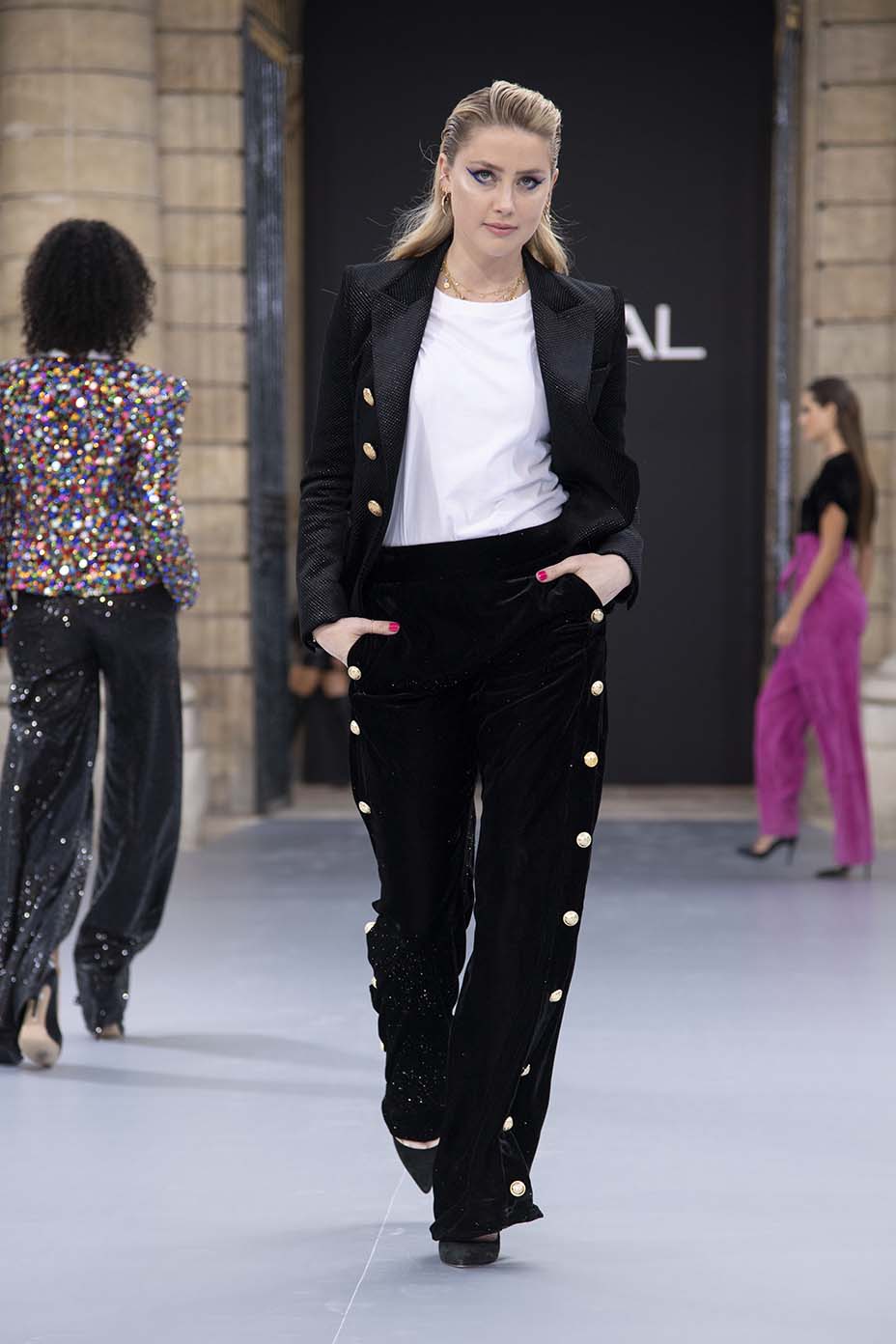 Working as a champion for the United Nations human rights office, Heard spoke last week on behalf of the 1.3 billion sexual assault survivors worldwide and is working with the U.N. General Assembly to pass an international sexual assault survivor rights resolution. She has also rallied for Russian-born businesswoman Marsheva Lasareva, who was imprisoned in Kuwait for 470 days, and is partnering with women’s rights advocates on legislation that would make it a crime in the U.S. to distribute pornography online. Heard, who wore a black velvet Balmain pantsuit on the runway, told THR that she is currently reading and recommends Know My Name, a memoir by sexual assault survivor Chanel Miller.

Along with the ladies, a bevy of male models walked the runway, demonstrating another aspect of inclusivity. As the rest of the cast joined Mirren onstage for the final bow, a cannon of silver confetti burst into the open air courtyard, wafting out onto the Quai de Conti for all to enjoy its sparkling majesty. 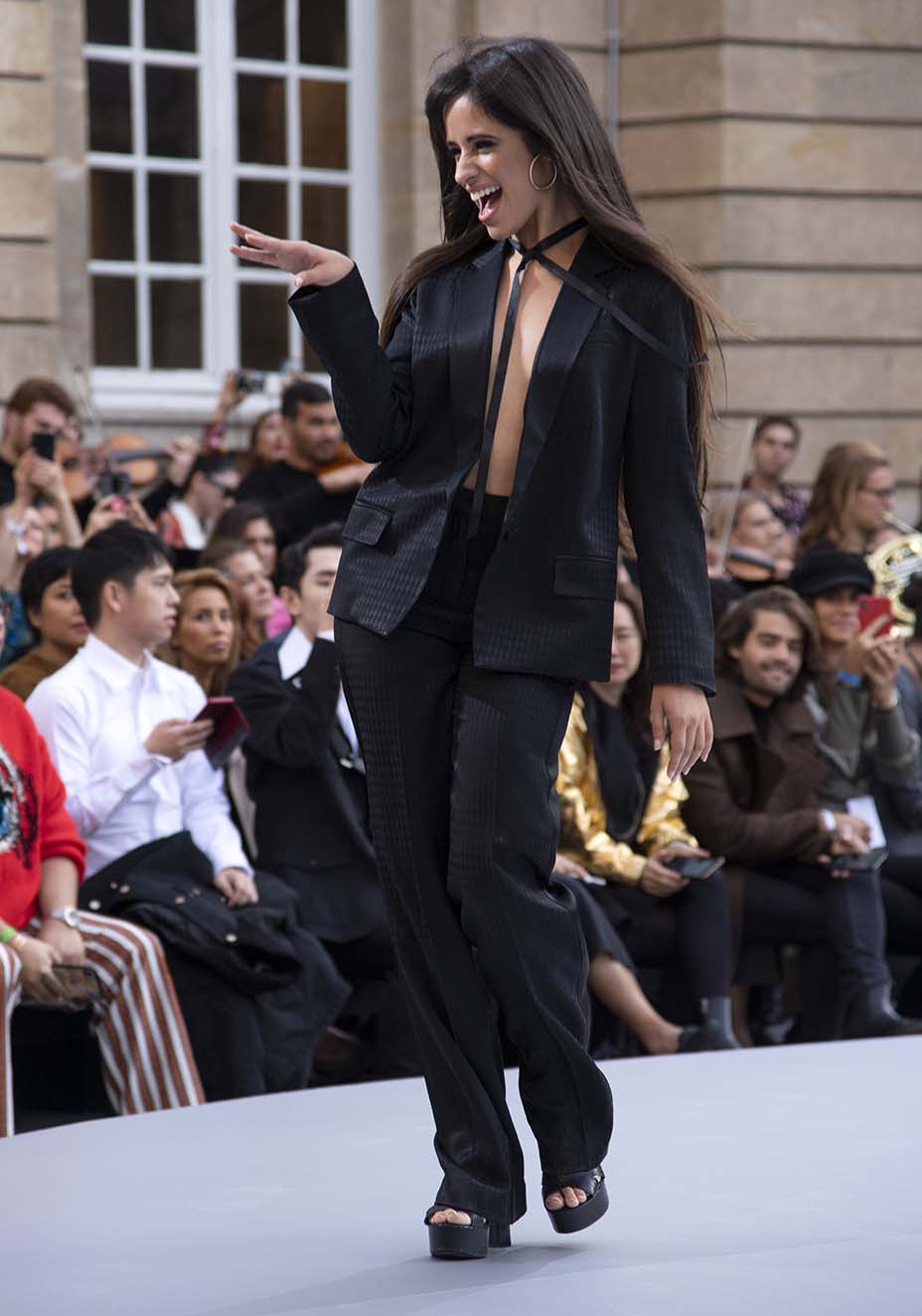