Olivier Rousteing couldn’t help but smile as he offered up a two-word answer when asked what he loved most about the show he just saw: “Jane Fonda.”

Of course, the 79-year-old Fonda looked pretty stunning in Rousteing’s suede tiger-print gown from his fall 2017 collection for Balmain, though she likely could have worn a potato sack, and his answer would have been the same. Fonda flashed the peace sign as she walked the finale of L’Oreal’s show Monday afternoon on the Champs-Elysées, and the hundreds of people lining Paris’ famed avenue loved it. 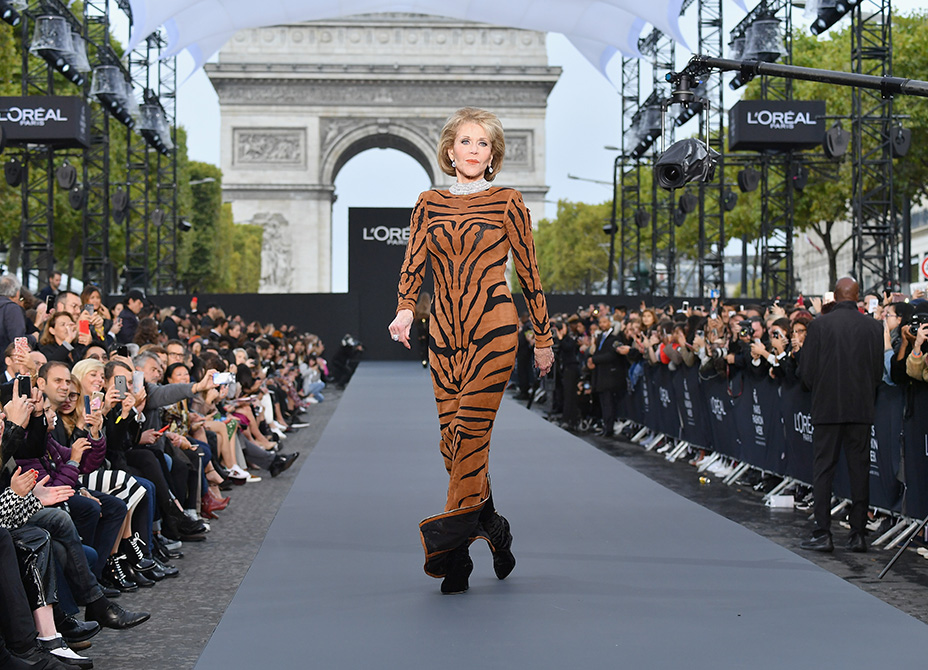 The megawatt beauty brand signed on in 2016 as the official sponsor of Paris Fashion Week, and this season wanted to create a high-profile event that also engaged with the public. “We thought, how can we bring what we’re doing further in terms of accessibility,” Pierre-Emmanuel Angeloglou, global brand president of L’Oreal Paris, told Pret-a-Reporter. “We wanted to bring the best of the trends in beauty and fashion and open it up to the public.” The result: “Le Défilé L’Oreal Paris,” a 60-look show that mixed 19 designers, ranging from Balmain and Giambattista Valli to Off-White, Isabel Marant and Haider Ackermann, with jewelry by Chopard and beauty looks by L’Oreal global makeup director Val Garland.

Before an audience that included Rousteing, Olivier Theyskens, Luc Besson and Naomi Campbell, Fonda capped a show that featured a starry roster of models and L’Oreal brand ambassadors, including Helen Mirren (in Ellery), Cheryl Cole, Winnie Harlow, Liya Kebede, Doutzen Kroes, Irina Shayk, Soo Joo Park, Bianca Balti and Barbara Palvin. “Diversity is absolutely critical,” Angeloglou said of the casting. “For us, diversity is not only skin color and ages, but also personalities and the stories of their lives. Look at [model] Maria Borges from Angola: She lived through a civil war there, and now she’s here with us today. I feel very lucky to work with these incredible women, each with her own story.” 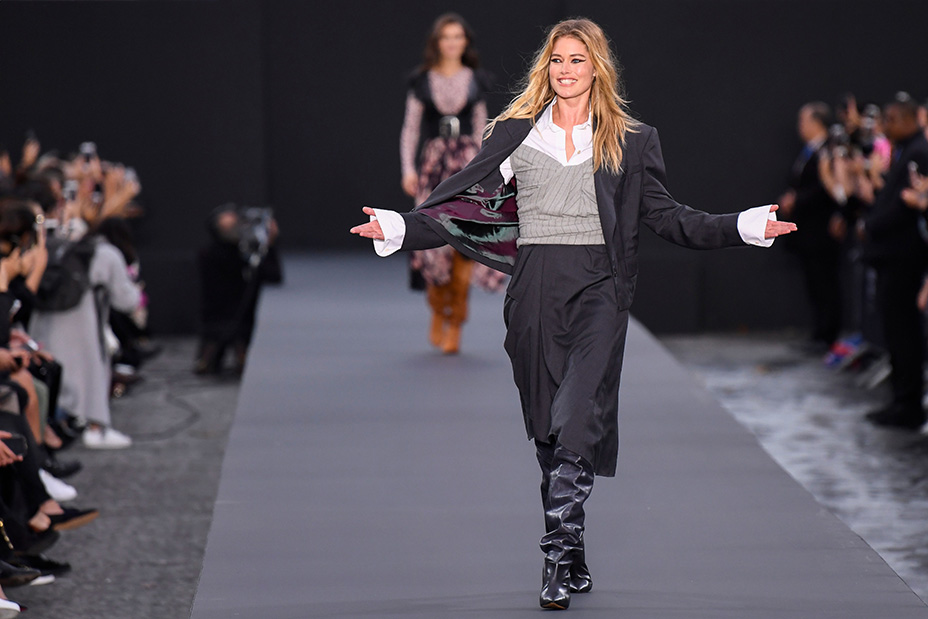 How difficult was it to shut down one of Europe’s most iconic — and busiest — streets? Far less stressful than you might think, Angeloglou said, noting that the Champs-Elysées is pedestrian-only the first Sunday of every month. “That was our starting point, so we wanted to take advantage of that to bring something truly special to the public,” he said. “And we really did enjoy a fantastic reaction from the city of Paris, because they understood what we wanted to do, a general-public celebration that also highlights the city as the capital of fashion.”

The show indeed exuded a celebratory air and was designed in many ways to be more consumer-driven than industry-focused. This wasn’t about trends in fashion or beauty, necessarily: The clothes were largely from fall 2017 collections (i.e., in stores now if you see something you like), while the beauty looks varied widely, from natural nudes to a classic red lip to more avant-garde takes, including lip colors from Rousteing’s just-released L’Oreal X Balmain collab. A party celebrating that debut took place Thursday at the historic L’École de Médecine, where Rousteing introduced the 12-shade lip collection with a video featuring a cadre of models that included Kroes and Kebede. “I wanted the feeling of this army of women, very strong, because I always want to focus on the empowerment of women,” Rousteing said. 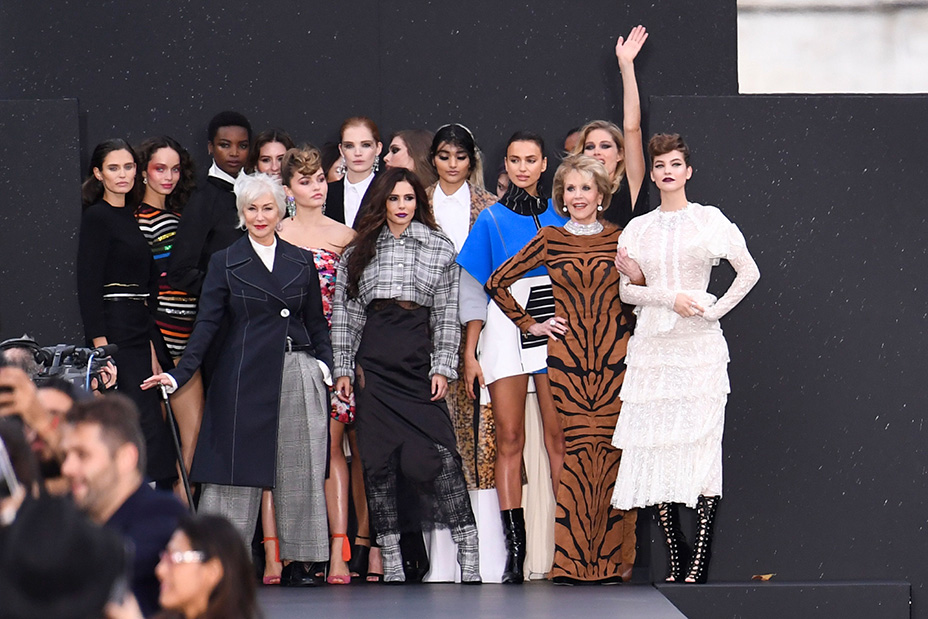 That sensibility was seen today as well, mixed with an undeniable tinge of joy. Models, who are urged to adopt a stone-faced scowl for typical fashion shows, were grinning as the crowd whooped and hollered, and even the most jaded fashion editors cheered when Fonda and Kroes high-fived while passing each other on the runway. Such spontaneity was likely a bonus in Angeloglou’s eyes: Prior to the show he had surveyed the scene on the Champs-Elysées, a standing-room-only crowd holding their smartphones aloft as they eagerly waited for the show to begin. “This is exactly what I was envisioning,” he said. “This is magic.”