Continue to The Hollywood Reporter SKIP AD
You will be redirected back to your article in seconds
Skip to main content
December 14, 2016 3:48pm

Whether she’s sporting a new tattoo, a fantastic (though difficult to walk in) dress or hot pink hair, Dame Helen Mirren knows how to make a splash on the red carpet.

At Monday evening’s premiere of Collateral Beauty, where the 71-year-old was joined on the red carpet by co-stars Will Smith and Naomie Harris, Mirren had another statement-making moment. No, we’re not talking about her scene-stealing faux fur blue coat, which she layered over an beaded Marchesa dress, but the heart-shaped anti-fur Humane Society pin she proudly sported on her lapel. 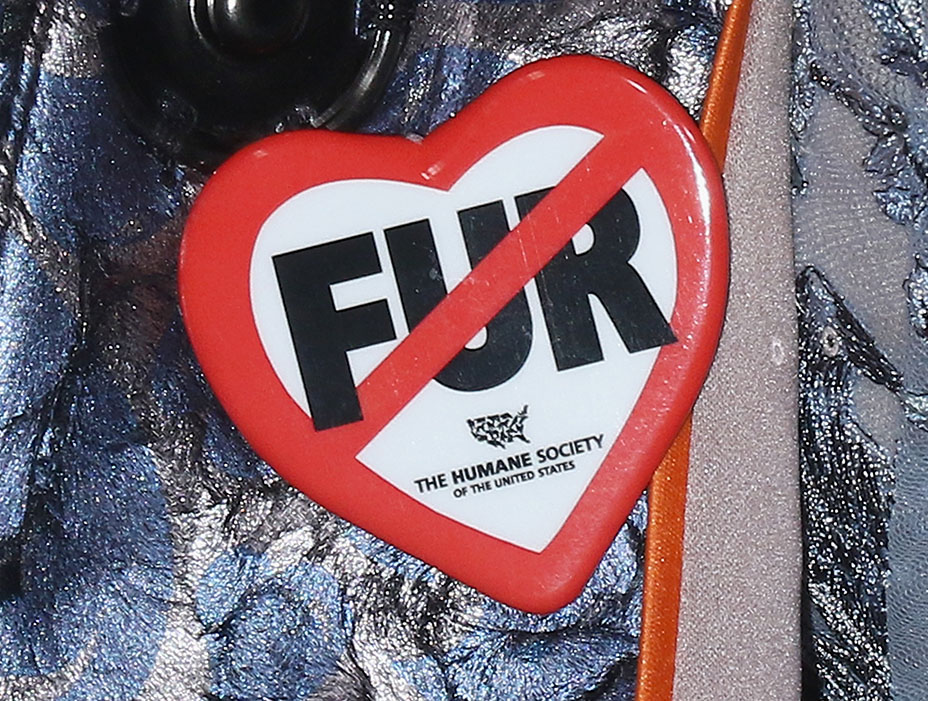 Rather than posting on social media, Mirren has made a habit of instead using the red carpet as a platform to raise awareness for causes she believes in. At the 2015 Golden Globes, the actress showed support for the victims of the attack on French satirical outlet Charlie Hebdo, sporting a purple pen pin and a clutch reading “Je Suis Charlie.”

The star isn’t the only celebrity championing cruelty-free alternatives to animal products. On Tuesday, Joaquin Phoenix was revealed as the newest spokesperson for PETA’s anti-wool campaign, in which he encourages consumers to consider vegan products.

In 2016, vocal animal-rights activist Stella McCartney also pledged to stop using wool from farms whose inhumane tactics were exposed by PETA, and Giorgio Armani pledged that all of The Armani Group’s labels would go fur-free. The designer cited technological advances that provided viable alternatives to animal products as the motive for his decision to ditch fur.

With so many in the fashion and entertainment industries standing up for the cause, we wonder if the conversation around sustainable, cruelty-free and even eco-friendly red-carpet get-ups will be one that continues into awards season?