Henrik Lundqvist was just 23 years old when he joined the NHL’s New York Rangers in 2005 as their goaltender, and he’s the first to admit temptation was all around him. “I’ve been a clothing guy for a pretty long time, so New York was and is a great city if you love fashion,” he said Wednesday evening at TAG Heuer’s Fifth Avenue boutique. “But as I got older and started making a little more money, it was more interesting to start looking at nicer watches, too. For me, it’s all about clothes, cars and watches; I love great design, I really do.”

Today, the 36-year-old franchise player is known almost as much for his style as his champion-level play — in Lundqvist’s 12 seasons minding the net, the Rangers have made the playoffs 11 times — so it’s little wonder TAG Heuer reached out three years ago to ask that he become an ambassador for the watch brand. “He’s a world champion, and especially in New York, he’s the guy, the sportsperson everyone admires,” said Kilian Muller, president and CEO of TAG Heuer North America. “He has great style and he’s a great performer, and that makes him the perfect embodiment of our values.” 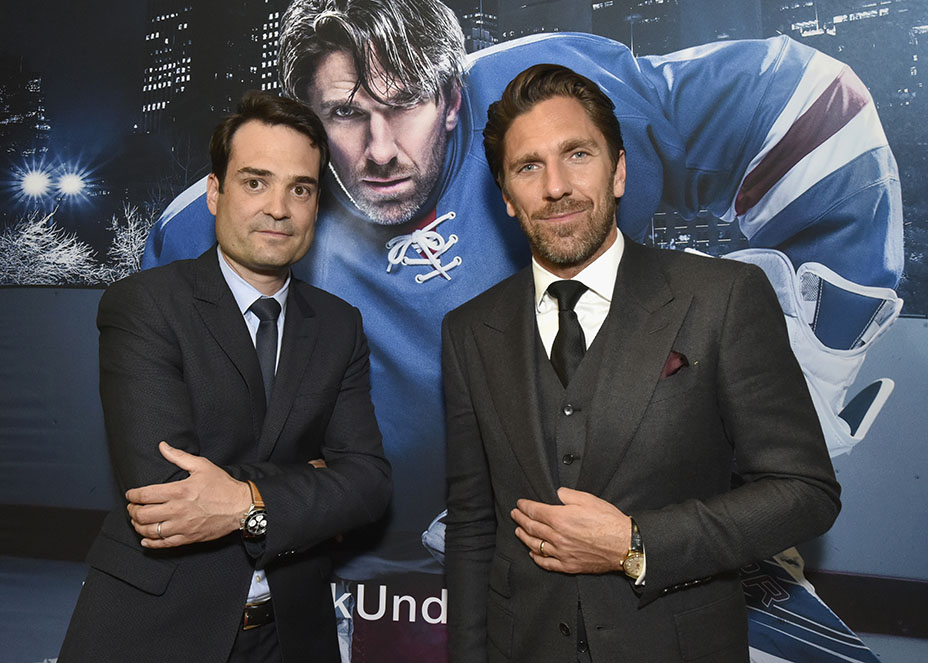 Like most NHL players, Lundqvist is required to wear a suit on travel days, “with a tie on game days or without if it’s just a travel day,” he added. On Wednesday night, he was wearing a three-piece charcoal suit by ESQ Clothing, a Chicago-based bespoke tailor. “During one of [the team’s] trips to Chicago, I went into this store and just thought they were really cool. It felt like a big man cave, and they had some beautiful things, so I ordered four or five suits and we went from there,” Lundqvist explained. The athlete paired the look with TAG Heuer’s Carrera Calibre 7 with a 39mm case in 18-karat yellow gold, an ultra-classic piece he prefers when wearing a suit. “It looks more old-school and traditional, and I really like that. For me, sometimes less is more,” he said.

Later this year, fans can expect a sportier look when TAG Heuer debuts the limited-edition watch they’ve been working on with Lundqvist. Wednesday night’s cocktail party at the brand’s New York flagship was designed to celebrate the relationship while teasing the future piece. “The watch will be more for the fan, for people who have followed me for a while and appreciate what I do,” Lundqvist said. “We’ve been going back and forth; [the final design] won’t be too complicated. Instead, it will be a nice combination of TAG Heuer and Henrik Lundqvist.” 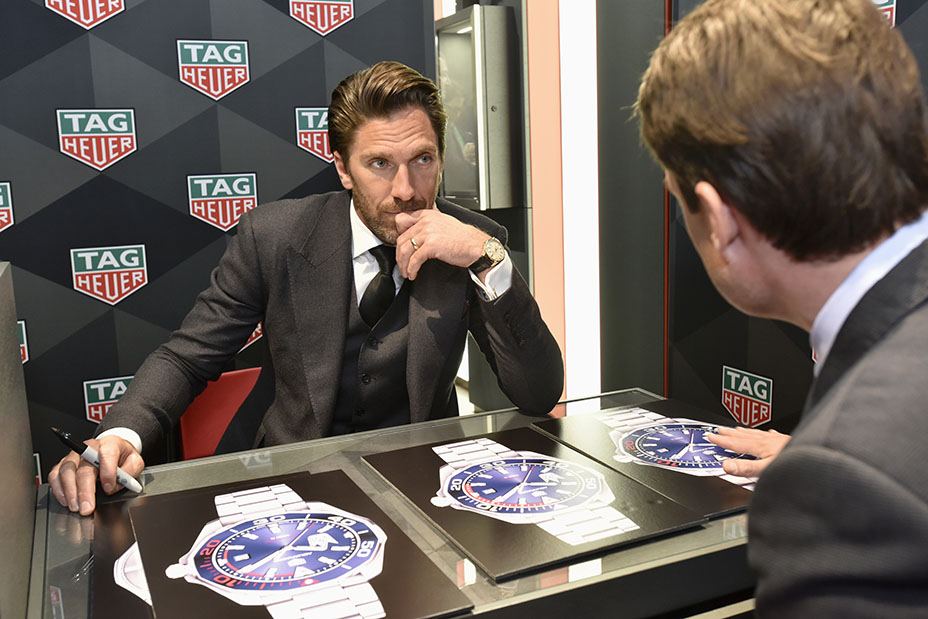 “He’s been really involved and knows what he likes,” added Muller. “Hopefully the watch will have something to do with hockey and some personal ingredient associated with Henrik: a color, a signature or a meaningful number. From our side, we’re probably going to go for more of a sports product.” Lundqvist famously wears the number 30 as a Ranger, a figure that also lends itself nicely to a watch dial.

The Henrik Lundqvist-TAG Heuer collab is expected to debut at retail in the fall — just in time for the start of hockey season.

How to Make Money on Watch Investing