Even before he stepped out on the SAG Awards red carpet today, Henry Winkler said he already felt like a winner.

Having created a cultural icon as “the Fonz” on the TV series Happy Days from 1974 to 1984, the actor, now 73, is up for the outstanding performance in a comedy series statue as well as for comedy ensemble with his comeback role on HBO’s Barry, after also nabbing the Emmy and a Golden Globe nomination for the show’s first season.

“I’m being outfitted in the most beautiful clothing, maybe, I’ve ever owned,” Winkler says during the final try-on of his bespoke Brioni turnout, thoughtfully describing its green velvet dinner jacket as “a darker forest green or moss that grows where the sunlight is not so intense.” 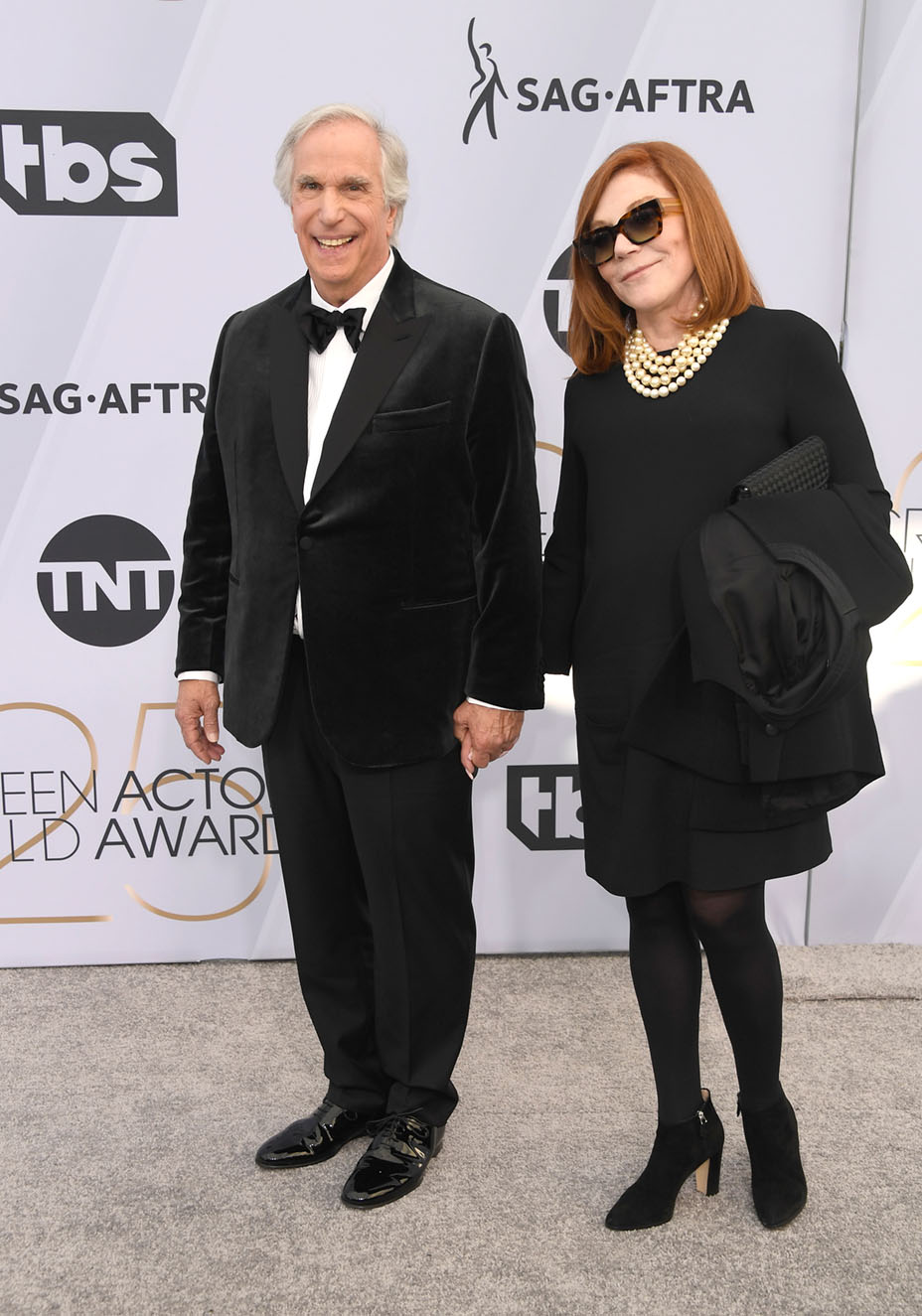 His attention to detail is only matched, it seems, by that of Hollywood fashion consultant Andrew Weitz who outfits many of the town’s power players and offered to lend the veteran actor a sartorial hand for awards season after watching Winkler take home the Emmy wearing a business suit instead of a tux.

“I reached out to his son Jed and said, ‘I want to help your dad. I bet he doesn’t own a tuxedo,’” recalls Weitz after the fitting. His hunch was right, as Winkler’s tux, the last time he was an awards nominee in the late ’70s, “was from a little Italian tailor, and I think his first name was Joe and he was somewhere in Hollywood,” the actor says.

Nonetheless, in photos from the disco era, Winkler cuts a stylish figure with his vested formalwear and butterfly bowtie and was even given “a little certificate voting me one of the 10 best-dressed” from Bijan, Rodeo Drive’s then-tastemaker.

Weitz turned to Brioni this time around, first for a classic black custom tuxedo for Winkler to wear to the Golden Globes two weeks ago and then for the velvet dinner jacket and formal trousers for the SAGs, along with all the accessories, from bowtie down to the patent leather lace-ups.

“Andrew watches a change of a centimeter in the clothing in the same way that Wes Anderson directs a movie — it is so precise. In all my [costume] fittings, it’s never been like this,” the actor marvels. And he should know, having just completed filming a part in the director’s upcoming The French Dispatch. 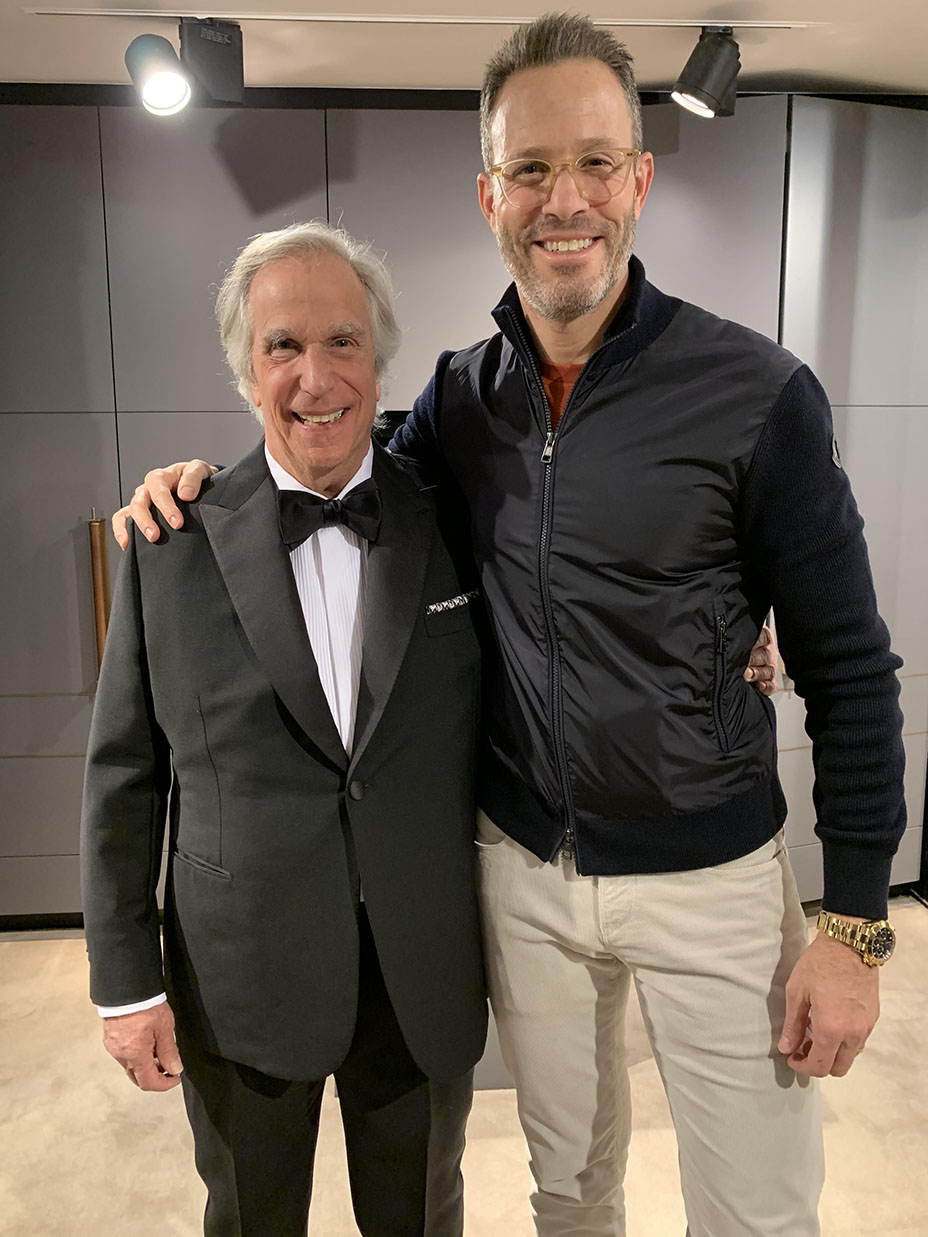 Winkler excitedly name-checked “The Weitz Effect” on the SAG Awards and Golden Globes red carpets and says that he’d never been asked to be outfitted by someone before in his career, adding that the dark green velvet was an easy choice because it was so good-looking, “and to think that it is going to be yours and it fits to your bod; I am now living the expression, ‘It fits like a glove.'”

The actor, who just finished filming the second season of Barry, which debuts in the spring, also has his 29th and final Hank Zipzer children’s novel coming out in two weeks, about a bright but learning-challenged second grader with a winning sense of humor, an echo of the author’s own experience as a person with learning difficulties.

“It is just an unbelievable moment in my life,” Winkler ponders, with his tux ready to go. “Especially since I was told that I would not achieve anything when I was growing up.”