If there’s anyone with enough country cred to inject Malibu with some Southern charm, it’s Holly Williams—daughter of Hank Williams, Jr. and granddaughter of Hank Williams. The country music star and entrepreneur debuted her first West Coast outpost of White’s Mercantile at Malibu Country Mart in late April (fittingly, during the Stagecoach festival in Indio).

This year marked a major westward expansion. In addition to Malibu, the store opened in Louisville, Ky.; Charleston, S.C.; and New Orleans within the past five months, totaling eight U.S. locations.

While Williams had been eyeing L.A. storefronts for about a year, the decision to set up shop on the West Coast swiftly garnered support among her Hollywood friends, among them Witherspoon, whose fashion label Draper James has a store a few blocks up from White’s Mercantile in Nashville’s buzzing 12 South district.

“Every now and then we talk business; I told her we were opening, and she was excited,” Williams tells The Hollywood Reporter. Paltrow, a longtime friend who lent her voice to The Highway, Williams’ third album, was also “super supportive.” 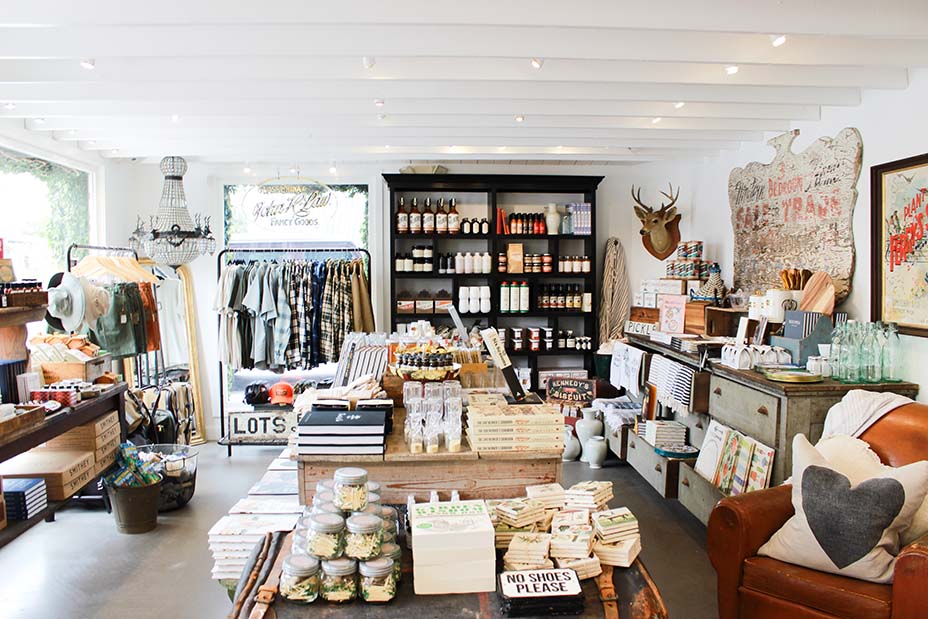 “I want people to come in and be able to buy a beautiful diamond necklace and some really good Blackberry Farm peanut butter and a Goopglow face peel. I love the idea of just coming into a one-stop shop to cover gifting or buying things for yourself,” Williams explains.

She made it a point to stock her Malibu shelves with a mix of items not found at the rest of the shopping destination. “We try to carry some kitchen classics; you can come in and get teaspoons, measuring cups or a leather jacket.”

Rounding out the offerings are clothing, footwear and accessories for women, men and kids, such as women’s boots by Anine Bing, men’s shirts and hats by Filson, denim by Agolde, swimwear by Cali Dreaming and sleepwear by Maison Du Soir.

The inventory will eventually include more local makers as the store settles into its coastal digs; a few current ones include L.A.-based jewelry label Eriness (a favorite of Swift and actress Elizabeth Banks) and Malibu Honey.

The multi-hyphenate musician also founded Nashville designer womenswear boutique H. Audrey and moonlights as an interior designer. For her new hospitality company, White’s Room & Board, Williams transformed a handful of historic Nashville homes into luxury vacation rentals. Her shops are inspired by the “old-timey” Southern general stores she grew up visiting, but with a rock-and-roll feel that tries not to make them “too barn.” 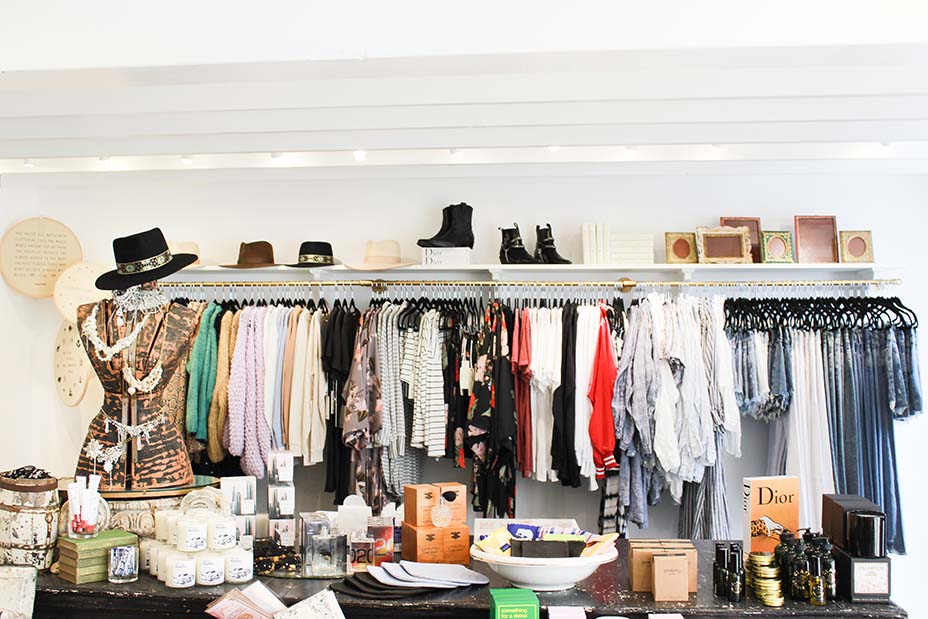 The bright, light-filled Malibu store features vintage signs, decor and furnishings sourced from all over the U.S., including mahogany leather club chairs (which are also for purchase) and a vintage checkout counter from Indiana that Williams found on eBay. Wallpaper by Cole & Sons’ adds pattern (their Nuvolette cloud wallpaper is a go-to for Williams’ home renovation projects), while the dressing room features Abnormals Anonymous’ Flashdance wallpaper.

Williams’ first time visiting L.A. was during a road trip shortly after graduating from high school. “I told Mom, ‘I want to go to L.A. and try to find a room to rent and learn piano out there for songwriting.’ I went out there and found this cheap little room through a friend from the music business, and it was kind of my first L.A. experience, and just taking in all of the sights.” 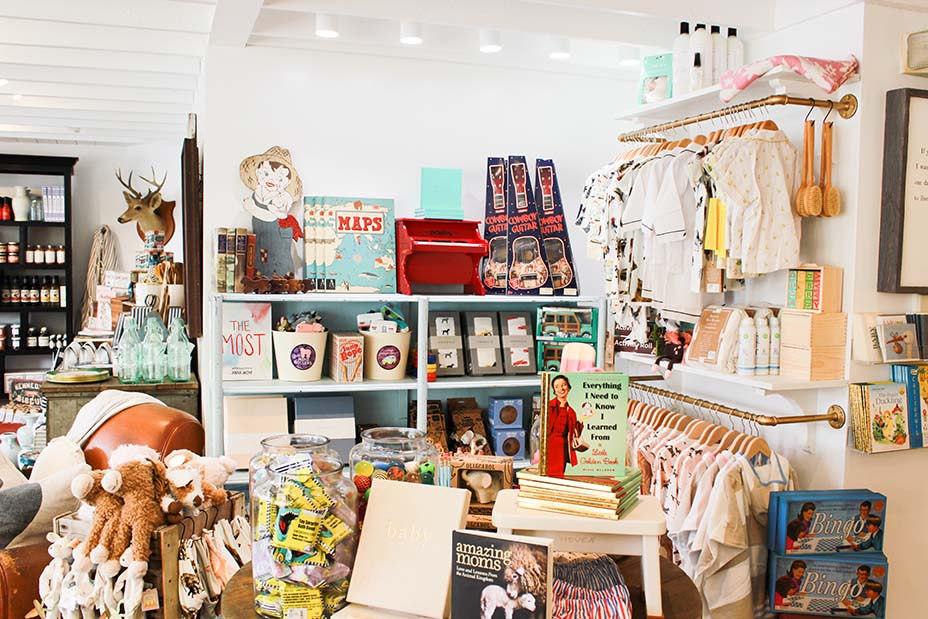 Her first impression? “I knew nothing about Malibu except what you hear about on TV, seeing it on Beverly Hills, 90210. I imagined it as like this very gilded la-la land, like The Fresh Prince of Bel-Air. I drove out there one day and just fell in love with the raw beauty and that great little grocery store [at Malibu Country Mart] — all the candy in it and a cute puppy dog, and I was like, ‘Man, this place is amazing.’ It had this very cool local surfer vibe and everyone was super warm and welcoming, and I just loved it.”

Williams notes the growing similarities between the City of Angels and Music City, U.S.A. “Nashville has had such a massive growth spurt [from] the days when the opening of the Gap was like world news, and we had one coffee shop. In the last five years, we have food that can rival any L.A. restaurant,” she says. “Old Nashville was kind of, you’re in the music business or you’re a soccer mom; there wasn’t [much] in between. And now we have really a creative vibe the way that L.A. does. We have tons of artists, graphic designers, painters and photographers, and it’s not all about guitars anymore.”