The manager-producer tells THR that after becoming a devotee of the cult of Peloton (“Yes, I believe it’s a cult,” he jokes), he would often compare notes pretty frequently around the Culver City office with colleagues who also were active on the platform.

“Once we all started working from home, I noticed a number of people with bikes in the background of Zoom calls — and not just people at my company, but seemingly a ton of people around town,” Goldstone explains of the transition that came when Gov. Gavin Newsom announced strict guidelines in mid-March that led most companies to adopt work-from-home policies. “The group really started on a whim when I invited a bunch of colleagues to join a live Wednesday morning class and it sort of grew from there, to include various people from all aspects of my personal and professional life. It’s growing in number by the week.”

During one ride, 27 colleagues were on at the same time. He likes the app because it allows users to be social, courtesy of virtual high-fives (“without catching anything”) and video chats. “Plus, you never have to leave the sanctity of your home. You can even ride in your underwear,” jokes the married father of one. “This is about as pandemic-proof as you can get. I’ve also included a very strict ‘no judgement’ policy so it doesn’t become some uber-competitive thing. It’s meant to be fun and challenging. And hopefully we’ll all come out of this thing totally ripped.”

Not everyone shares his chill attitude.

Manager-producer Trevor Engelson of Underground — who had production on FX series Snowfall paused amid the pandemic — rides in several industry-heavy Peloton groups and says he’s in it to win. Peloton allows riders to track how they rank in each class, a feature that Engelson, a former and longtime CrossFit fan, keeps a close eye on especially when Goldstone is also on. “As Jerry Maguire said, ‘We work in a business of tough competitors,’ and when it comes to Peloton, that also applies. I don’t want to get beat by anybody. I’m not losing to a manager at Anonymous Content.” 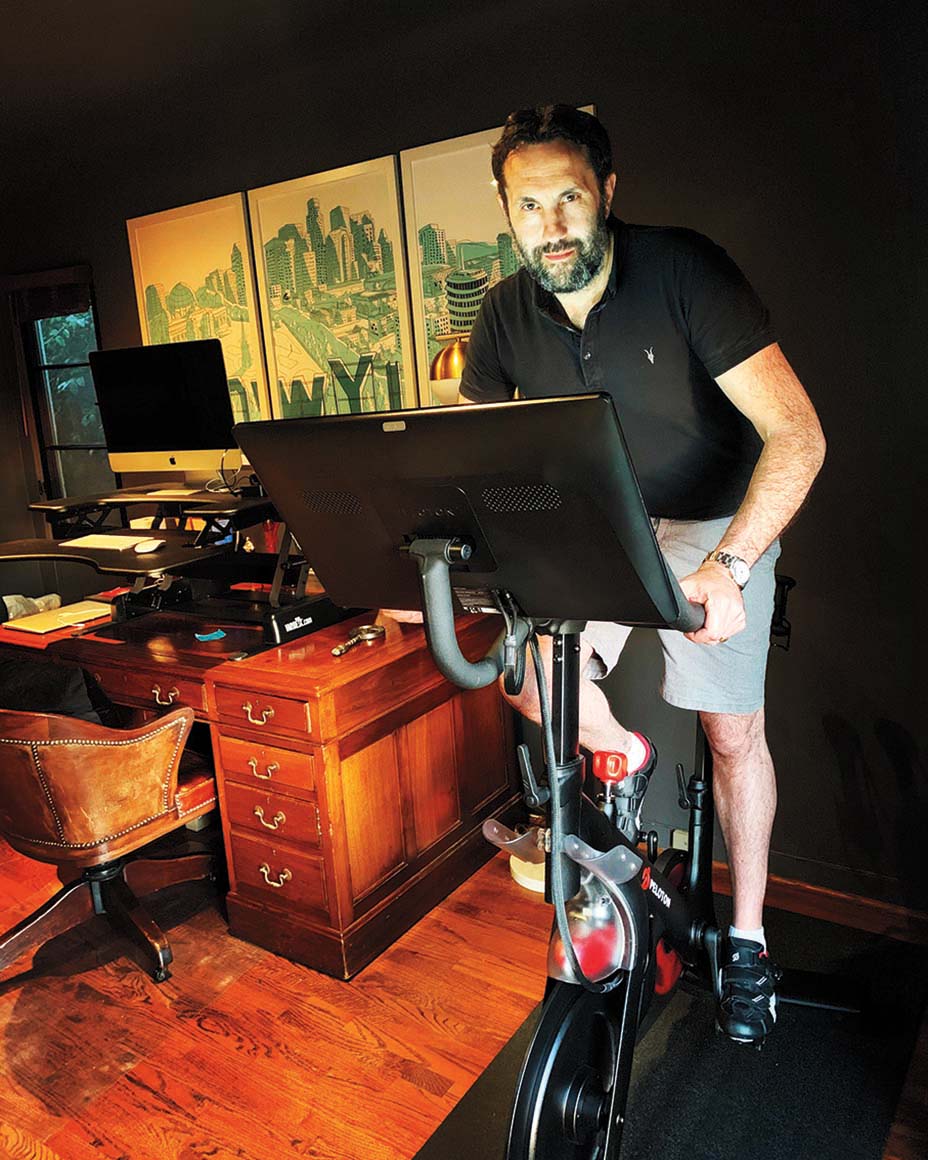