It’s not really only the thought that counts, says Bruce Feldman, a longtime studio marketing exec turned gift expert and founder of Jasper & James. In Hollywood, “There’s a certain amount of convention about gift giving, for good reason.” Sony Pictures Classics co-presidents Michael Barker and Tom Bernard didn’t know one another when they pulled each other’s names for their office Secret Santa at Films Incorporated back in 1979. Both did some research, and Barker ended up with Hunter S. Thompson’s The Great Shark Hunt and Bernard with ice hockey gear (which didn’t fit). They haven’t given each other holiday gifts since, says Barker. To develop your own gift for gift giving in tricky professional waters, here are some recommendations from other industry insiders on what to get for everyone on your list.

FOR YOUR EXECUTIVE Studio and network execs get buried in year-end gifts, so go big, go for humor or make it personal. Amy Israel, Showtime’s senior vp original programming, says the most memorable holiday gift “was an art piece by Natalie Krim given to me last year by Frankie Shaw,” creator and star of SMILF. Netflix’s Cindy Holland shares a customized gift she received: “Someone sent me a Nebraska Cornhuskers jersey with the number that I was on a power list that year.” NBC Entertainment president Jennifer Salke says her favorite gift came from CAA’s Adam Berkowitz, who hooked her up at the Stein Eriksen Lodge in Deer Valley, Utah, “where we have a winter home. It was a spa certificate for massages, and I used every minute of it.” When Danielle Claman Gelber (who now has a first-look deal at Universal TV) was running drama at Fox, “the cast of Melrose Place gave us 10-speed bikes,” she says. “There was so much pageantry when they were wheeled into our offices.” Live event producer Casey Patterson is giving ROE caviar (Universal chief Ron Meyer’s daughter Sarah Meyer Michaelson is a founder) to studio execs this year. “It has chic packaging and is sustainably farmed,” she says.

FOR YOUR STARS “It can be paralyzing” gifting talent who seem to have it all, says Patterson, who as an exec producer of awards shows and specials has a VIP-heavy list. For her Lip Sync Battle star Chrissy Teigen and daughter Luna, Patterson got matching Balenciaga denim jackets with custom artwork. Patterson, called the “greatest gift giver in the world” by Dwayne Johnson (she gave him a Superman costume from the Warner Bros. vaults), chose a custom Louis Vuitton turntable for LL Cool J. Gwartz says that she worked with Dan Lin, producer of Lego (and her partner on Lethal Weapon) to give “each castmember a Lego mini figurine of their character on the show.” If you’re the talent, “castmates are tough because everybody has wildly different tastes,” says This Is Us‘ Mandy Moore. “Last year [I gave] champagne and a beautiful candle. Those are crowd-pleasers.” 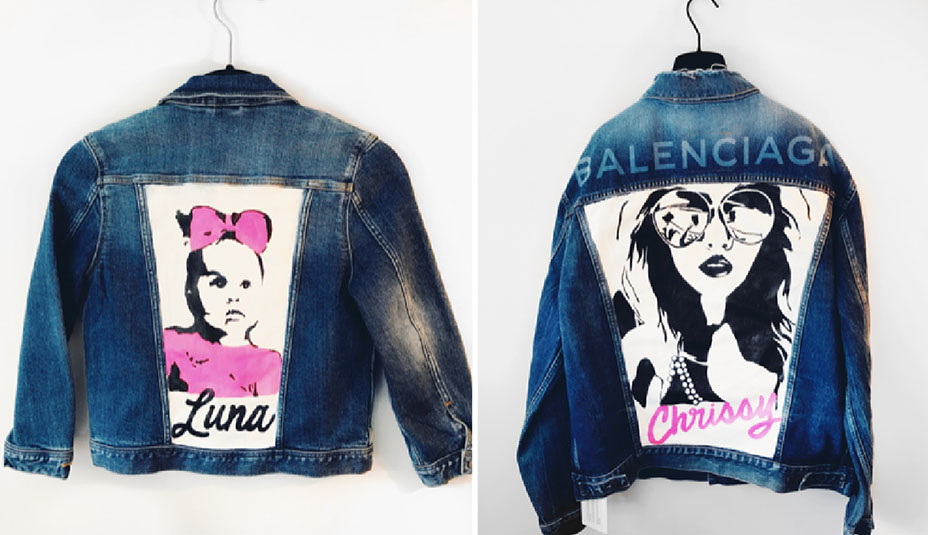 Hollywood's Etiquette Experts on How to Choose a Charitable Holiday Gift

FOR YOUR CREATIVES Shopping for writers, showrunners and filmmakers can be daunting. ICM agent Joanne Roberts Wiles, who reps the Duplass brothers, says she has given “a care box from Momofuku” or a “bucket of favorite things,” like Le Labo perfume oil, with a handwritten note “recapping the year we’ve had.” Mom producer Susan McMartin once gave her boss Chuck Lorre a canvas created from a Two and a Half Men on-set photo: “Chuck [was] in his chair, and the lighting was beautiful.” When a studio wanted to go all out for “a producer of a hit TV show who was a wine fan,” Feldman “arranged for two nights at a high-end winery in Napa that isn’t open to the public.” Emmy-winning filmmaker Marina Zenovich enjoys “healing gifts: 10 visits to a sweat lodge or a Beverly Hills Juice gift certificate.”

FOR YOUR ASSISTANT Gift cards and cash top the list, but for something special, “select an item of the moment that’s a touch out of reach,” like a great bag or a chic coat, says VIP gift guru Simone LeBlanc. Modern Family producer Christy Stratton gets her agents and show assistants “something monogrammed, such as coasters or wine glasses, or any of Oprah’s Favorite Things.” This year, Mandeville Television president Laurie Zaks might gift assistants “a treatment at the new La Prairie spa at Waldorf Astoria, followed by lunch at the rooftop pool, including gratuity.” Fox’s Lethal Weapon producer Jennifer Gwartz gives a Visa or Westfield card, and “if an assistant is a foodie, a gift card to a restaurant, like Katsuya for sushi lovers.” TV producer Brant Pinvidic, says he likes to treat assistants to “memberships or subscriptions to premium services they didn’t have — Amazon Prime, Netflix and Hulu — along with cash and extra days off.”

FOR YOUR REPS After a long year of negotiations and arm-twisting, your agent, manager or lawyer might appreciate a drink. “I give bourbon and tequila since they come in such beautiful bottles,” says Zaks. Adds Feldman, “Especially when awards nominations come out at year-end, it’s easy to do champagne. It’s the year of Winston Churchill, with Darkest Hour, Dunkirk and The Crown. Churchill was very well known for drinking Pol Roger — sometimes several bottles a day. That’s what I’d do this year.” He adds that you should first make sure the recipient actually imbibes. Says Big Little Lies exec producer Nathan Ross: “Scotch and wine seem to be my go-to. If the person doesn’t drink, then iTunes or Amazon cards or gift certificates to restaurants like Trois Mec.” McMartin likes to send offices Milk Jar “because they deliver awesome cookies — gluten-free, too — and milk.” Try a luxury wallet for a deal-closing lawyer or a Smythson Panama zip folder, “a classic, chic gift in the office or on the go,” says Saks Fifth Avenue consultant Tony Ferreira. 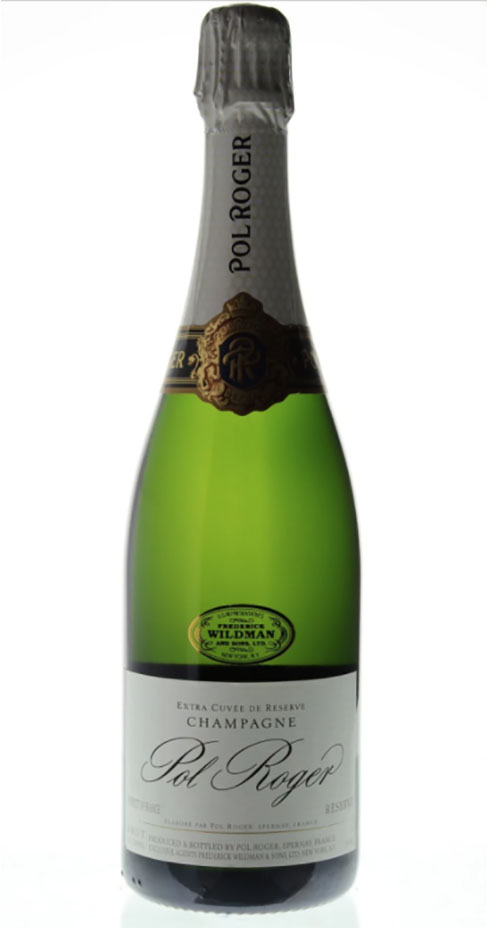 FOR YOUR CREW For those hard-working film and TV crews, a little more creativity can provide a treasured memento. “Last year, for the Lethal Weapon crew, we gave hoodies designed with artwork by our storyboard artist, Jeff Errico, and it made the hoodie so much more personal and meaningful,” says Gwartz. Specials and live shows exec producer Casey Patterson adds: “Tom Ford has a new fragrance called Fucking Fabulous that we’re giving to stylists, choreographers, costume designers — all the artistic roles on our shows.”

FOR YOUR GLAM SQUAD Stylists, makeup artists and hair gurus are already lifestyle tastemakers, so they tend to dig personalized mementos. Recalls stylist Simone Harouche: “A few years ago, Miley [Cyrus] became a vegan. For Christmas, she hand-painted a bag she had recently bought but couldn’t carry. It’s a cool, one-of-a-kind piece of art from her. I love it.” For her own squad, the Streicher sisters, Moore is considering “a curated box of products they like or cool things they wouldn’t necessarily get for themselves.” Stylist Micaela Erlanger (clients include Meryl Streep) says: “Handwritten letters are treasures. I framed a few special ones.” Adds makeup artist Daniel Martin: “Mindy Kaling sends the best, funniest holiday cards. I look forward to it every year.”

FOR YOUR PERSONAL STAFF Whether it be your nanny, chef, personal trainer, housekeeper, gardener or mailman, cash is the present of choice. “Cash is more exciting than me buying them a great coffee maker,” says one industry veteran. But if cold cash is a bit icky, go for “Visa gift cards,” says event planner and lifestyle expert Mindy Weiss, “even though it’s a no-frills gift, that’s what is really wanted.” Adding a thoughtful something extra goes a long way, too. Gifts concierge Nicole Pollard Bayme of LaLaLuxe.com advises: “Around the holidays it’s nice to acknowledge that your staff has a life outside of yours. Get them tickets for the entire family to Cirque du Soleil’s Luzia at Dodger Stadium.” Steve Bellamy — who before becoming Kodak’s president, motion pictures and entertainment, was a tennis coach for Hollywood’s finest — says, “My favorite gift was a long time ago when Goldie Hawn got me an acre of land in Belize.” This year, he recommends the best way to give is “buying people movie tickets! And if there’s a theater that is projecting real film then that is the biggest win of all.”