There may be no more Hollywood a destination than Malibu, for decades beloved by stars such as Matthew McConaughey, Michael Ovitz, Steven Spielberg and Dr. Dre, seeking everything from a peaceful retreat to the party to end all parties.

While the iconic stretch of sand north of Santa Monica has never truly experienced a lull, like virtually everyone in Tinseltown it has had its ups and downs, nips and tucks. And now it is most definitely riding high and experiencing a moment.

Malibu has been reborn, thanks to a small handful of hotels that have breathed new life into the illustrious suburb, home to A-lister after A-lister, not to mention studio heads and Oracle co-founder Larry Ellison, who reportedly owns not one or two or three, but 12 places on Carbon Beach, appropriately nicknamed “Billionaire’s Beach.” 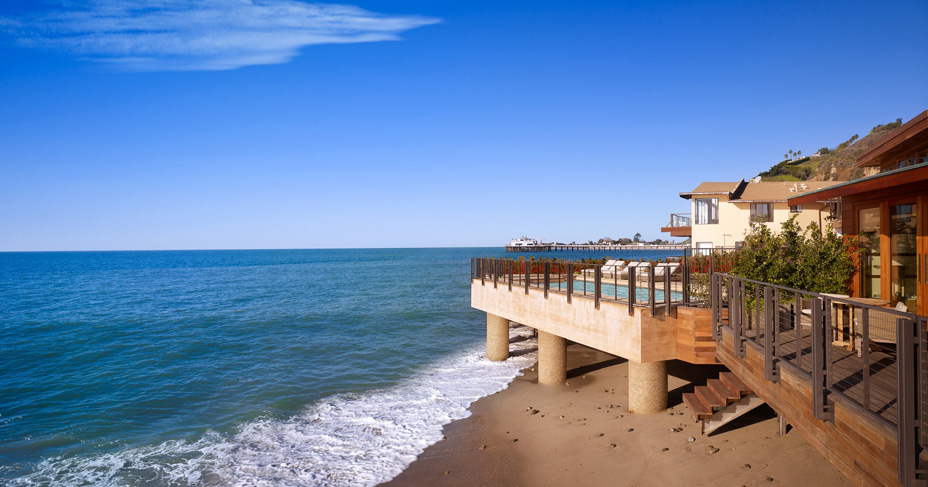 That count does not include his commercial interests, namely the ever-scene-y Nobu Malibu — where Gordon Ramsay, the Kardashians and Leonardo DiCaprio gather for off-menu standouts like this summer’s melt-in-your-mouth yellowtail sashimi with basil sauce and parmesan — and, as of last year, Nobu Ryokan Malibu. The area’s top-of-the-line lodging, taking a minimalist Japanese approach to barefoot luxury, is the result of a total makeover of a vintage beach motel by Ellison with partners including chef Nobu Matsuhisa and Robert De Niro. 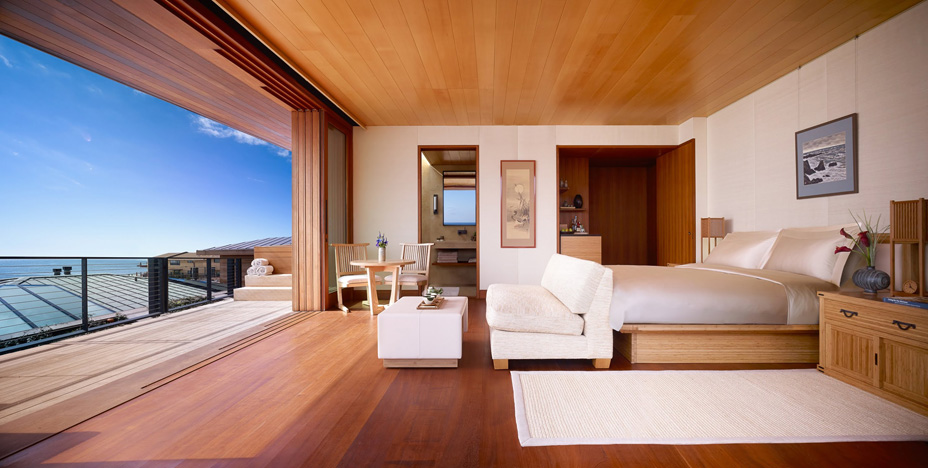 Unsurprisingly, considering its prime perch over the sand — beside Soho’s buzzing members-only Little Beach House Malibu — the 16-room and -suite spot is one of California’s most exclusive (read: expensive). Bookings for the beige- and ivory-clad haven are not a given; they are instead by request, and for a minimum of two nights, at a mellow $2,200 and up per night. Guests can enjoy sky-lit baths in teak Japanese soaking tubs, Nobu’s famed dishes delivered to their private balcony or massive TV-topped fireplace and laps in the pool with primo views. 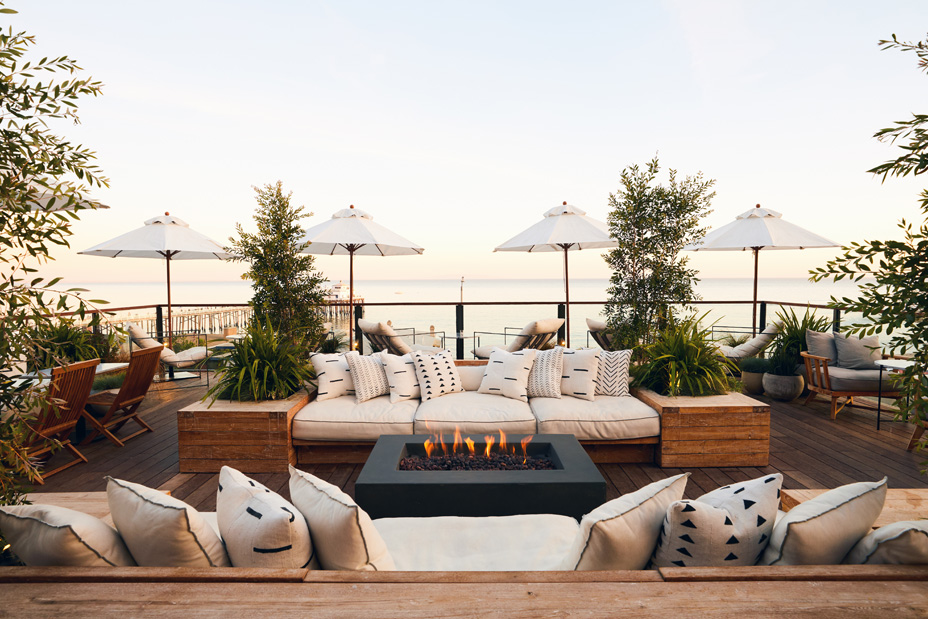 Also new to the scene are The Surfrider Malibu and Native Hotel, both equally intimate but with unique vibes. The latter’s Hollywood history is strong: Marilyn Monroe and Bob Dylan were both guests of its previous iteration, the Malibu Riviera Motel. Now, it’s very much a blend of hip Venice and Topanga Canyon. Think private decks with hammocks and hot tubs, hipster guests services like reiki in a wellness yurt, plus amenities including minibars made from vintage ice chests and sage smudge sticks. Point Dume is right outside the door for surfers. 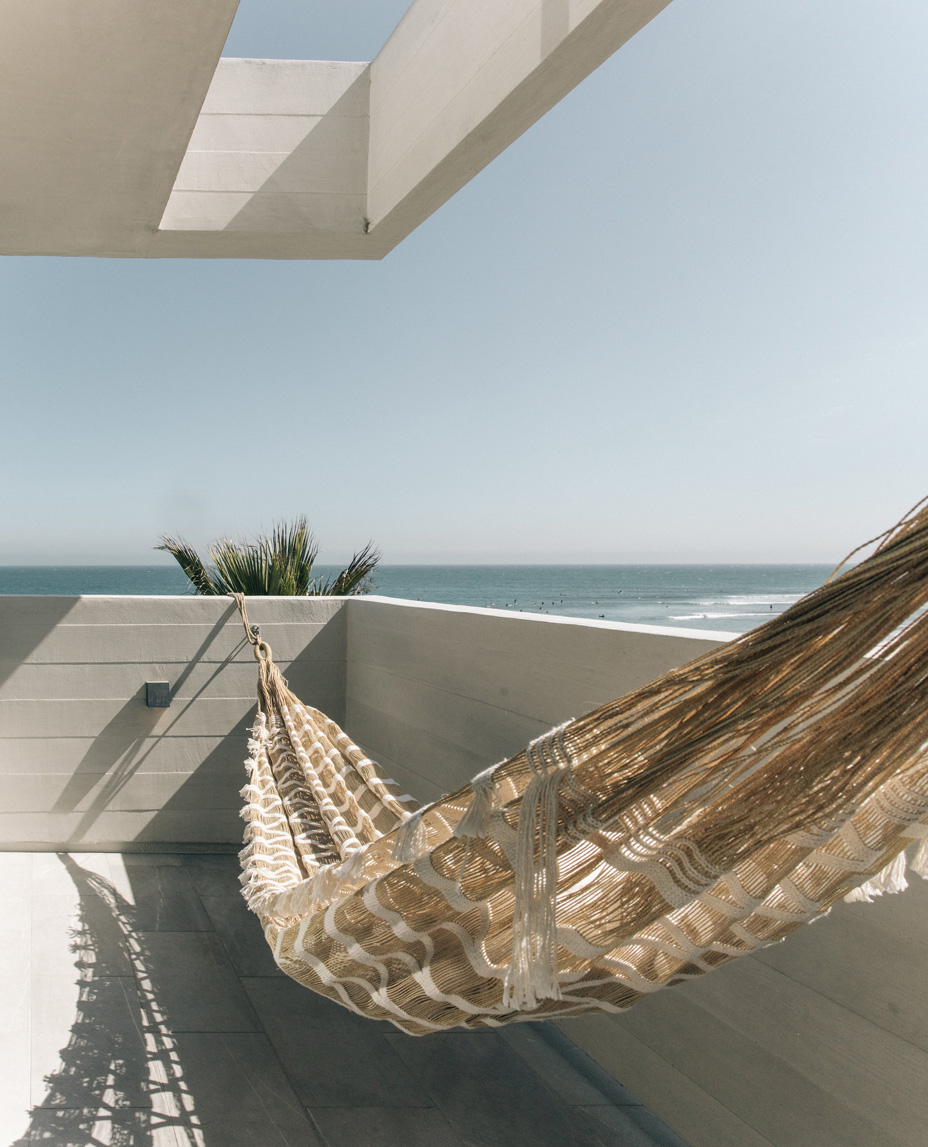 The Surfrider Malibu is positioned at perhaps the most iconic surf break in all of America. Another careful and curated motel redo has made this boutique-y gem with great service one of the most sought-after staycation spots for Tinseltown bigwigs who might live in the Palisades or Brentwood but want a Malibu beach house.

Picasso and Le Corbusier prints on the walls, hammocks overlooking the Pacific and custom-shaped surfboards in vintage shapes set the scene at this escape, which offers complimentary summer yoga classes and rooms stocked with Bellino Fine linens and Parachute robes. The rooftop — serving food all day with an emphasis on local produce, plus an impressive wine list and mouthwatering new specialty cocktail menu (The Endless Summer coconut margarita and mezcal-addled LA Woman are faves) — is the place to be from sunrise to sunset, and it is exclusive for guests, who are allowed to bring friends.

Do you embrace the summer heat swell, or hide out from it? #MalibuMoment #CBCmalibu : @emilylanders

The art-filled Malibu Beach Inn underwent a massive renovation by interior design icon Waldo Fernandez, wrapping up last year and becoming a Virtuoso property and Leading Hotel, ensuring it stays at the top of the heap. (It was previously owned by David Geffen, who sold it to the Mani Brothers at a cost of essentially $1.7 million per hotel room — there are 47.) Their Carbon Beach Club restaurant offers impeccable vistas alongside top pours — thanks to a sommelier who just won a Wine Spectator award — and cuisine that couldn’t be fresher, thanks to a partnership with everyone’s favorite local purveyor, One Gun Ranch. Locals Daryl Hannah and Neil Young are known to go for breakfast.

The famed Malibu Pier is also a favorite, thanks to its pair of Malibu Farm concepts, which combine California cuisine with an elevated beachy aesthetic and the opportunity to watch dolphins — and surfers — at play over a meal or cocktail. The revamped pier also has a permanent pop-up and larger Ranch at the Pier shop, curated by One Gun Ranch and comprising vibrant gifts, toys, surfboards and healthy lifestyle goods.

What will you do today? #regram @discoverla

Dining destination stalwarts like Cafe Habana are getting some company this summer in the form of a few forthcoming restaurants, namely Nicholas Eatery, expected in August from the former general manager of now-shuttered Bouchon. The all-day French spot embraces local ingredients and serves breakfast, lunch and dinner, with the rumored possibility of a rooftop bar.

There’s also an exciting report of a Frank Gehry redo of the legendary Gladstone’s scheduled for a few years down the line, but in the meantime, L.A. cocktail king Matthew Biancaniello is working on an imminent opening called Mon Li, an omakase restaurant within the Calamigos Beach Club. He is foraging for things like cactus flowers and fruit to be used in salads, gazpacho with alcoholic oysters and tequila. With just 12 seats and a 12-course liquid tasting menu on offer, it is set to be one of the hottest tickets well into the fall.

Our visual director (on the right) at our Malibu Store!

On the shopping side of things, a few new entries have seriously upped the style quotient. Sunroom is a fresh entry at Malibu Country Mart, stocking clothing and jewelry from coveted labels like Lisa Marie Fernandez, Apiece Apart and Warm, plus Cali-based faves Mikoh, Shaina Mote, Beatrice Valenzuela and Enza Costa. Malibu Village shoppers can be on the lookout for a new 4,000-square-foot Fred Segal outpost, coming in early 2019 with an exclusive sneaker shop and beauty department. And Cynthia Rowley opened an airy pop-up at the Malibu Lumberyard, which will serve as every L.A. surfer girl’s go-to for enviably cute wetsuits and off-duty pieces through September. (It’s also stocking collaborations, like with pro surfer Garrett McNamara, and Goop, a limited collection of swimwear and surf items.)

Gjusta Goods, the general store-like Venice boutique by the industry-loved Gjelina crew, opened a PCH summer pop-up as well, right between Malibu Beach Inn and the Malibu Pier. Surfy tunes backdrop a bright space bedecked with yummy vintage rugs, enamelware, handmade aprons and jumpsuits, tabletop linens, throw pillows, quirky painted ceramics and a few edible goodies from Gjusta. A coffee and mint tea station encourages shoppers to linger in the Instagram-worthy space by the beach, at least until Labor Day, when they pack up and head back to the “real world” in Venice.