Given the apocalyptic feeling in the air, with fires both literal and figurative, the best holiday gift for December 2017 may be the gift of security. That’s translated into a booming business for Lauren Tafuri and Ryan Kuhlman, co-owners of L.A.-based company Preppi, who create design-wise survival kits ($95 to $4,995) in canvas bags packed with all the essentials to weather any type of emergency for three days — a first-aid kit, flashlight/flare, boxed water, food bars, a hand-crank phone charger, Malin + Goetz toiletries, Marvis toothpaste, Mast Brothers chocolate, Kusmi tea and more. The canvas bags (with optional monograms and glow-in-the-dark graphics) are manufactured in downtown L.A. where the kits are also assembled.

Hoppy Easter! 22 of the Funniest, Coolest, Cuddliest and Creepiest Rabbits in Pop Culture

Delicious, Uncommon Wine and Champagne to Buy for the Holiday Season

Over the course of last year, Warner Brothers handed out over 600 Preppi survival bags as gifts at wrap parties for their film and television productions — Preppi’s largest order to date. Last December, Modern Family’s Julie Bowen received The Prepster survival bag as a present and loved it so much that ultimately the entire cast and crew received them, an order of over 150 bags. Bowen posted on Instagram: “Check out our awesome holiday gifts to the crew. Now they’ll all survive three days no matter who the President is!”

The Chan Zuckerberg Initiative gave away 300 Preppi First-Aid Kits at the dedication of the Priscilla and Mark Zuckerberg San Francisco General Hospital and Trauma Center in 2015.

Tafuri (a costume designer and wardrobe stylist for Morrissey, Annie Lennox, Sam Smith and CoverGirl campaigns with Vergara, Janelle Monae, Katy Perry and Pink ) and Kulhman (formerly director at Roman Coppola Studio and then vp special projects at Coppola’s The Directors Bureau) launched Preppi in 2014, after noticing a void in the market; the business grew 400 percent from 2015 to 2016, they told THR exclusively.

“The idea came from us wanting to make an earthquake survival kit for ourselves, but when we went to an Army surplus store, all they had were junky nylon backpacks made in China,” said Kuhlman. “When we asked friends what they had, we were surprised at how few people had anything. We researched the best things that needed to go into such a kit and made one. Our friends liked the way it looked so, as an exercise, we turned it into a brand. Lauren came up with the name, I made a logo with a cross and stripe, and we created an Instagram account. A few days later, the editor of Fantastic Man magazine asked to photograph it and people started talking.” 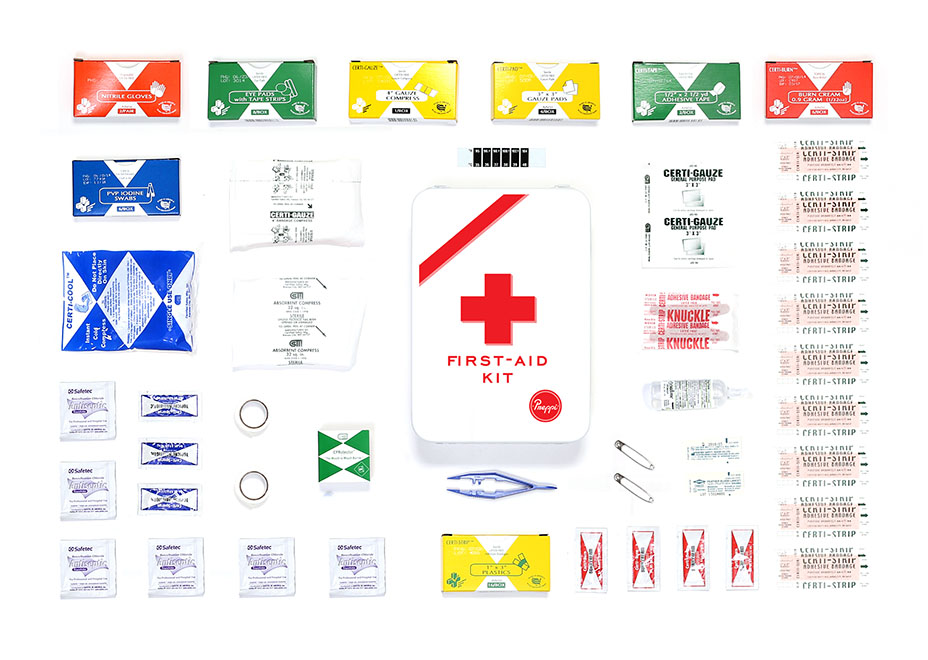 “It was the concept of taking a mundane item and reinventing it so it would exist in a space where people would actually want to get prepared, especially in California,” added Tafuri. “We all need this. But we thought, ‘What is it going to take to get people ready for something?’ If it’s not interesting or well-designed, people are not going to engage.”

“Historically, everyone puts candles and flashlights in the junk drawer; you put the emergency kit in the back of the closet or the garage,” said Kuhlman. “And those are all the worst places to have emergency gear. Our customer finds the object too attractive to stash away, so now if there’s an earthquake, everyone’s kits are within arm’s reach. We really wanted everything to come from a place of legitimate survival thinking, despite having a pretty wrapper.”

The most recent release, and current top seller, is The Prepster Backpack and Kuhlman said the number-one request he got at the recent Echo Park Craft Fair was for a pet survival kit.

“I don’t know if we’ll do that because we can get beat up a little bit for being a designer earthquake bag company, and if we started making designer dog survival kits then we might officially end up on the RidicuList. But I do like that idea of the Saint Bernard with a little whiskey barrel under his neck, coming to save the person in old cartoons.” 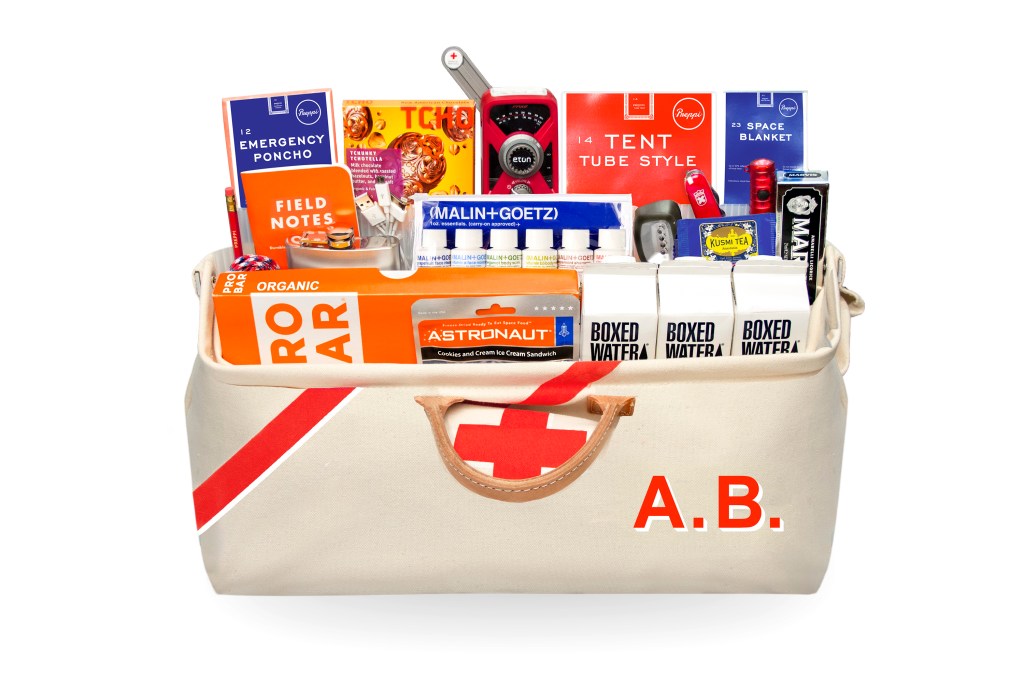