Some of the hottest bodies in Hollywood — think Beyonce, Chris Hemsworth, Tom Hardy, Miranda Kerr and Justin Theroux — have one simple thing in common: self control. Well, actually, it’s intermittent fasting, but to effectively practice this weight-loss plan one must absolutely have strong self control.

Intermittent fasting comes in many forms, and is customizable to one’s lifestyle, to some extent. As the name suggests, there is always some “fasting” involved, as in extended periods consuming nothing containing calories — water, tea and even coffee without any sugar or milk are allowed anytime. For some it’s 5:2 (eating for five days and fasting for two, as Benedict Cumberbatch has done), for others it’s 16:8 (Terry Crews and Hugh Jackman have eaten only from 2 p.m. to 10 p.m. daily) and for others still it’s 15:9 or 12:12 (Justin Theroux occasionally practices the latter). Oftentimes, pounds come off, muscle tone increases and energy levels rise.

The diet first took off following a BBC documentary called Eat, Fast & Live Longer, says Joy Stephenson-Laws, founder of L.A.’s Proactive Health Labs (pH), where she sees musicians and actors. She references the Buddha, who was well-versed in fasting, and lived to around 80 years of age at a time when the average life expectancy was 35. Indeed, she says, the reason many Hollywood types have adopted intermittent fasting isn’t only to look good in a bikini or superhero ensemble, but to live longer. “More celebrities are interested in this diet not so much for the weight loss but for the longevity aspect,” says Stephenson-Laws.

Mike Dill and Lowell Shapiro, co-founders of Black Box Management (which manages actors, writers and documentarians), both began practicing intermittent fasting in March after reading about Crews’ diet in Men’s Health and doing lots of independent research. “Terry Crews was the original inspiration, then [we heard] echoes of it everywhere,” they say, adding that they interviewed all their friends doing it, which included clients, industry executives, some other managers and Dill’s sister, Harper, who’s a writer on The Mick and is writing Jennifer Lopez’s new Universal film. “I listened to and watched as much as I could on the topic, and asked our trainer. It was really the friend recommendations that won me over,” says Dill. 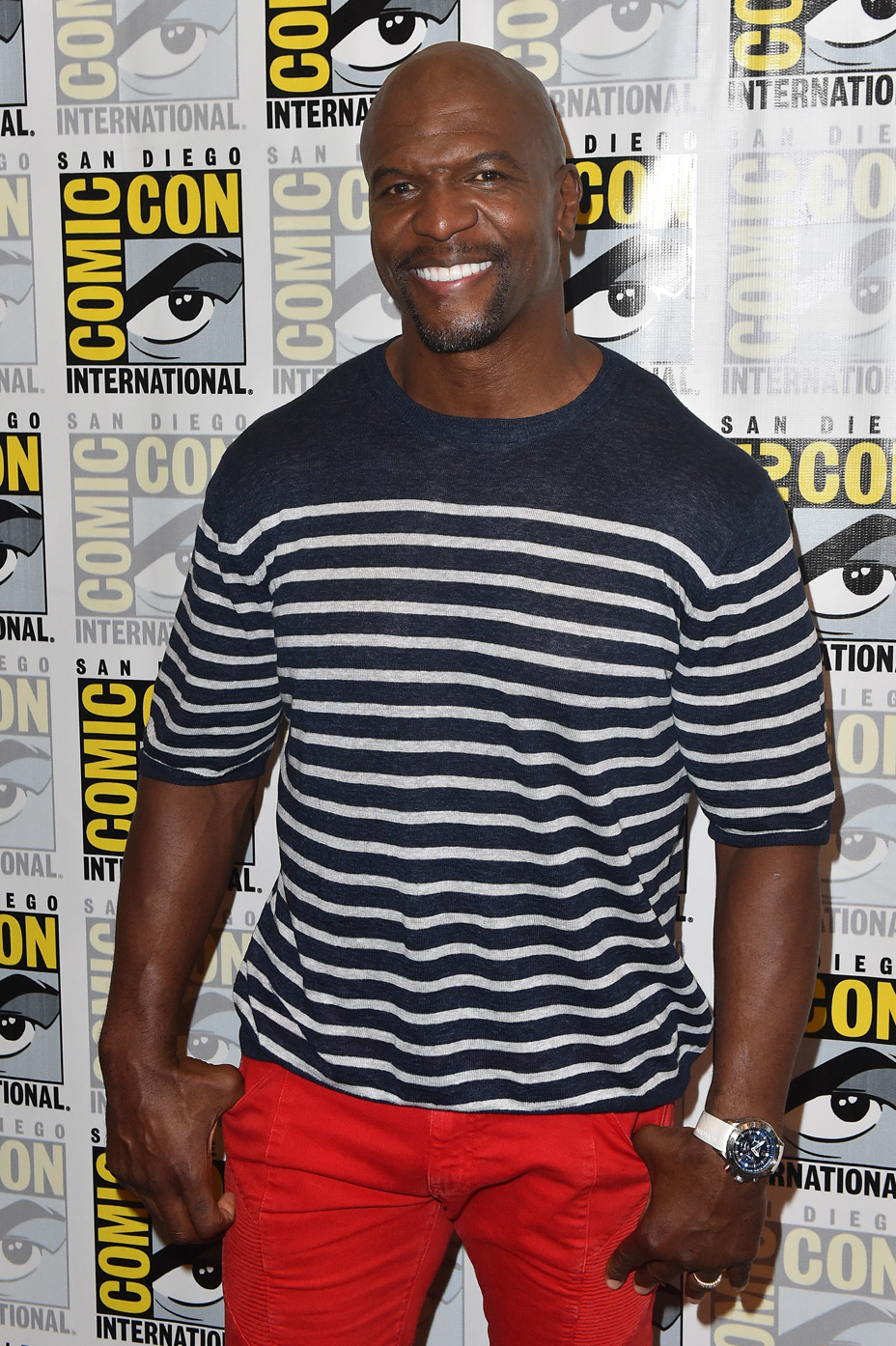 He practices intermittent fasting during the week, taking cheat days or breaks on the weekends, or occasionally makes exceptions for work dinners or drinks. They were able to keep it up the entire time on a recent work trip to Asia. Shapiro simply restricts his eating hours to between 1 p.m. and 6 p.m., without changing his diet, and on more extreme days only eats between 1 and 4 p.m., he says, noticing “huge results in overall energy level and metabolism. The results are pretty fast and very noticeable.”

That’s because, according to Stephenson-Laws, “You can count on a few things happening when you are intermittently fasting. Insulin levels significantly drop, which triggers the fat-burning phase of fasting. The human growth hormone kicks into overdrive and skyrockets to as much as five times its normal presence” — a hugely attractive prospect for those in Hollywood, since it’s linked to aging and muscle gain. “Cellular repair might be one of the most astonishing occurrences to happen during intermittent fasting,” Stephenson-Laws adds. “Your body induces the cellular repair process and begins to actually remove waste material from cells. If cellular detoxification didn’t dazzle you, fasting also changes genes and molecules that are responsible for longevity and your body’s ability to fight off disease.”

Nutritionist Kelly LeVeque — whose celeb clients include Emmy Rossum, Jennifer Garner, Jessica Alba and Chelsea Handler — agrees it can have major biological benefits, such as an over 300 percent increase in growth hormone and a significant insulin drop that facilitates fat burning and lean muscle gain (leading to fat loss around the midsection, mental clarity and an increased metabolism), according to studies. But, she says, “I have concerns about the mental stability with IMF dieting and its propensity to create eating disorders, food anxiety and binge eating. Trying not to eat for 12 to 24 hours can create food obsession.”

She advises clients to wait a few hours after waking up in the morning to have her Fab Four Smoothie, then enjoying a nice lunch and early dinner. “They keep their caloric load normal and simply eat in a six- to eight-hour window in the middle of the day (9 a.m. to 5 p.m. or 10 a.m. to 4 p.m., for example). Eating during the daylight hours is more beneficial for insulin sensitivity and body composition than eating at night anyway,” LeVeque says. “Forced deprivation until 2 or 3 p.m. can backfire with bingeing behaviors when feeding window starts, especially in women,” she adds, noting that simply learning to pass on alcohol is one of the most successful habits that can come from this.

L.A. vs. Europe Plastic Surgery Wars: "My Patients in France Live in Fear of the Hollywood Look"

So while it seems simple, Stephenson-Laws advises this isn’t for everyone, and women especially should be cautious of how their bodies react, since significant fluctuations in hormone levels can cause missed periods, moodiness and even early onset menopause. Those who already have a diet poor in vitamins and protein could lose muscle mass and suffer vitamin deficiency with intermittent fasting. (Nutrient testing is advisable.) Regardless, says the expert, it’s important to set a time to stop eating in the early evening and stick to it, ensuring your eating window is when you’re most active. Space out the meals, and “just because you fasted earlier, don’t go heavy on the sauce, so to speak.”

For those who need assistance there are retreats, such as Rancho La Puerta’s Detox and Cleansing Retreat (Sept. 22 to Oct. 6), where expert Dr. Michael Finkelstein, M.D. (author of Slow Medicine), meets with each guest for three private 90-minute consultations. He says the term intermittent fasting is simply a new term for an ancient practice that is an effective way of combatting the modern problems of excessive consumption. “The imperative of intermittent fasting is to allow the body to properly clean out the accumulations that result from normal metabolism and exposure to environmental ‘stuff.’”

His strategy is to eat during a restricted period of time and allow the body to rest for the remaining 16 hours. “In my experience most people subjectively sense improvement within days,” he says. “Things like food cravings diminish, and people begin to easily drift down to their ideal body weigh — signs of better balance and homeostasis.” He believes in thoroughly explaining it to newbies before they start, and ensuring they stay hydrated, additionally addressing the element of stress that can make it harder. “Stress, as most people know, is inflammatory, and demands relief — for many that is in the form of ingesting food or other substances.”

Speaking of, a busy industry schedule can pose challenges, too. It’s not exactly conducive to cocktail parties or awards shows, though the power lunch is still very much allowed. “It’s difficult with events and work dinners, but once you get through the first couple weeks it becomes easier to balance,” Dill says. “It’s becoming more normal — it definitely depends on the age of whomever you’re meeting with. Dietary idiosyncrasies have always been extremely common in our industry, this one is just a little more extreme.”

Vaginal Rejuvenation Is the Latest Cosmetic Trend to Hit Hollywood