Continue to The Hollywood Reporter SKIP AD
You will be redirected back to your article in seconds
Skip to main content
March 14, 2018 11:18am

Thanks to a spate of five-star developments — among them Costa Palmas, the opulent community containing a Four Seasons opening by the end of 2018, and a Ritz-Carlton Reserve — Baja California’s East Cape is now buzzing a few decibels higher than the peninsula’s standard celeb haven of Los Cabos. While much is still in the works, what has just been completed over on the sapphire-hued Sea of Cortez side is Costa Palmas’ Beach Club, which ushers in a new era of exclusivity for the destination.

Though the minimalist hub for all things luxurious and laid-back is located just down the powdery eggshell sand and a few dozen palm trees from the upcoming Four Seasons Resort and Residences Los Cabos at Costa Palmas, it’s open to exactly zero guests of the resort, unless they are personally invited as a friend or family by a member. And to be a member of The Beach Club, one must purchase a Four Seasons Private Villa ($5 to $21 million) or Residence ($1.6 million to $6 million), plus pay founding membership dues of $100,000 and annual fees of $25,000. So, yes, it’s exclusive. (Ten villas and residences scheduled for completion in May are already sold.)

For going on a year the residences have been previewing their hyper-exclusive offerings to the likes of Gwyneth Paltrow and producer fiancé Brad Falchuk, Michael Ovitz (who traveled down on a private jet), Milla Jovovich, Colin Hanks, and producers Eric Tannenbaum and Andrew Lazar by treating them to complimentary stays in four beach cabanas with top-shelf everything, from tequila to lobsters just caught within eyesight by members of the free-diving staff. Beverly Hills plastic surgeon to the stars Dr. Gabriel Chiu and his wife invited six friends for his 50th birthday celebration, effectively a “buyout” (but with no money exchanging hands) that included a live band, tequila tasting and dinner on the beach.

The cost of becoming a member may be steep, but the perks seem commensurate. For one, there’s access to two miles of private swimmable sea, which is all but unheard-of in Los Cabos, and there is no chance of paparazzi gaining access. The club itself is even protected, like a castle with a moat, by a horseshoe-shaped natural-water estuary fringed with greenery, which makes the sweeping views of the cerulean sea even more dramatic. Customized activities courtesy of the concierge desk and Aventura guides are plentiful for the whole family — think snorkeling and scuba diving with whale sharks, manta rays and sea lions in protected waters; surfing in empty lineups; fishing; waterfall hiking; jet-skiing; wake surfing; and sunset cruising with canapés and mezcal, tequila and wine. At the club itself, amenities include a fully equipped gym with a yoga space, steam room and sauna, three pools with a relaxation lounge, a children’s area, cinema and private dining spaces.

Will Ryan Seacrest's Clothing and Skincare Lines Suffer in the Wake of Sexual Misconduct Scandal?

Because it’s still new, menus at the beach club restaurant are not yet set, but instead are being completely customized on a guest-by-guest basis in the 60-seat restaurant serving Latin-leaning Mediterranean cuisine made with the output from 18 acres of organic gardens. The beach club chefs are requesting specific items to be grown in the garden to incorporate into dishes. Other ingredients come from a roughly 100-mile radius (think Ensenada oysters and locally caught sea bass). A trio of bars mean plenty of opportunities for tasting Mexican spirits or signature creations such as a Mezcalito, with sweet carrot juice, mezcal and rosemary. Special evenings can be set in the nursery, featuring Argentine-style cooking in an outdoor kitchen, with a live guitarist. 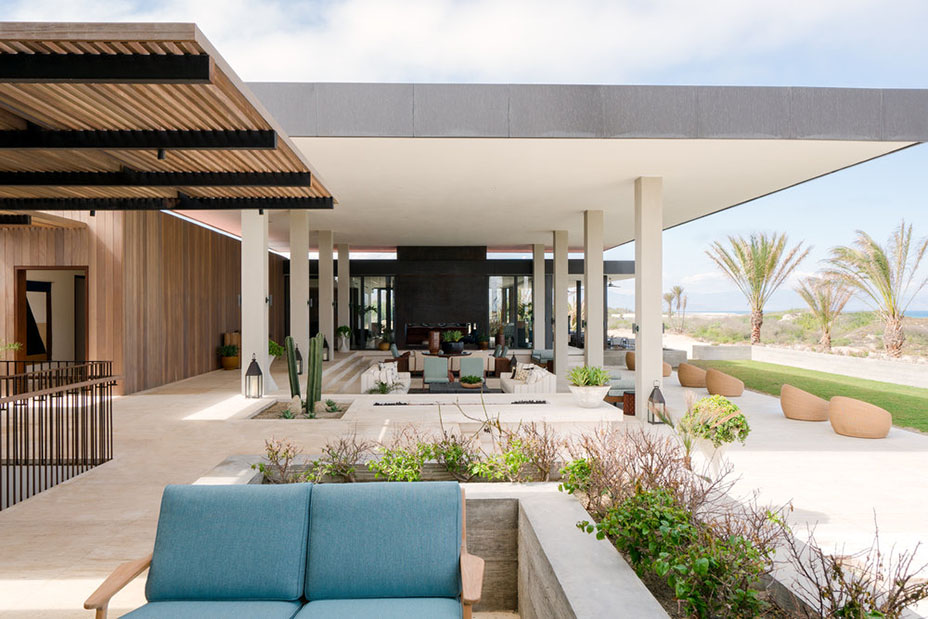 Design-wise, Guerin Glass Architects’ Scott Glass says it was all about amplifying the unique landscape, “between the mountains and farmland and rugged terrain and ocean.” Instead of “loud” architecture and design, Glass wanted to respect the quietness of the building with a refined, clean aesthetic that features elements that are rougher around the edges (i.e. wood cladding that will age like driftwood, and board-form concrete).

As it is the palette is to a great degree natural, but with pops of blue and tones that reference the ocean just beyond the open-air spaces. The effect of blue-cushioned chaise loungers, toffee-leather sofas, carved stone coffee tables, succulents, contemporary fireplaces, wicker daybeds and minimal wooden furniture in the structure’s stark white shapes is serene, chic and comfortable. There’s nothing precious about the decor, but it feels elevated. 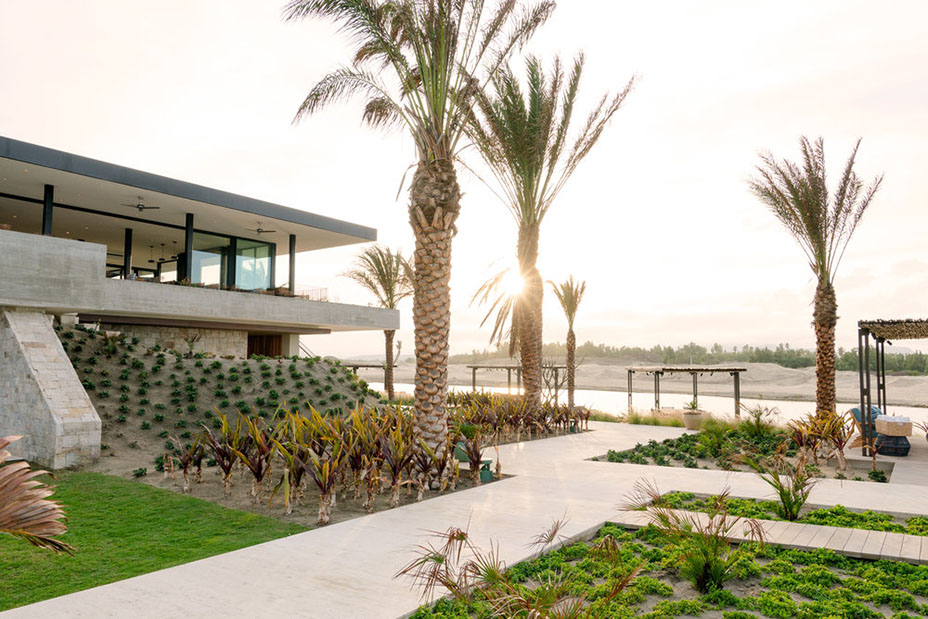 Lorenzo Mietitore, The Beach Club general manager (with Four Seasons for 23 years) has been on hand to ensure a high level of hospitality. “It’s a wealthier clientele, a more sophisticated clientele, a better traveled clientele,” he says of the owners and prospects of the Four Seasons Residences and Villas compared to those in Los Cabos. As for access, there’s a new airport opening in the next year or two just 10 minutes away. He expects to build personal relationships with members and their families. “We know where you want to sit, how you want us to treat you throughout your stay, what you like, what you don’t. You’re a name, not a number at the Beach Club.”

PRIVATE VILLAS. Each Four Seasons Private Villa is a one-of-a-kind jewel within an intimate collection of custom estates. Here, nestled into the dunes, steps from the Sea of Cortes and the Four Seasons Resort Los Cabos, you can build your private and personal beachside retreat your way. Costa Palmas will help you select from four bespoke home designs that compliment the landscape, or you are free to create a custom design – your own version of your dream, seaside retreat. Whatever you choose, we’ll make it effortless… and spectacular. For more information, follow link on bio.