The last few months have seen a constellation of stars descending on the Indonesian hot spot of Bali, which is  attractive to A-listers looking to holiday sans paparazzi. Indeed, the only photo evidence of these vacations—taken by John Legend and Chrissy Teigen with their kids, David and Victoria Beckham with their brood, Pink and Carey Hart plus little ones, and Chelsea Handler, among others—are the shots taken and shared by the bold facers themselves.

The other-side-of-the-world destination is also beloved by industry types who surf. Chris Hemsworth loves riding Indo’s waves, and was married on the nearby island of Sumba, which is also where Kardashian relative, reality star and Malibu-bred surfer Brody Jenner tied the knot this summer with Kaitlynn Carter after a full itinerary of Bali fun, including stops at Ubud’s famed Monkey Forest, a blessing at an ancient Hindu temple, and pregaming for the wedding with mom Linda Thompson at the new day club Omnia.

Nihi Sumba, their venue, has been named the world’s best hotel a couple times, and is where the Beckhams hopped over in a private jet (reportedly) after a holiday in Bali—a vacay spent taking cooking lessons and visiting temples. (They kept their first resort a secret, but it may have been Amankila, where they reportedly spent another vacation a few years ago.) The resort is one of the only places in the world with a private surf break, called Occy’s Left, where just 10 guests per day are allowed book a session at $100/person.

Beckham and sons reveled in the exclusive waves while Victoria and Harper enjoyed the plethora of pools—every villa has its own private one—and got pampered in the open-air spa. The whole family were hands on with the resort’s Sumba Foundation, spending an “inspiring” day (according to Victoria’s Instagram) with local kids and their teachers, David running soccer drills and the others helping teach English and play games. 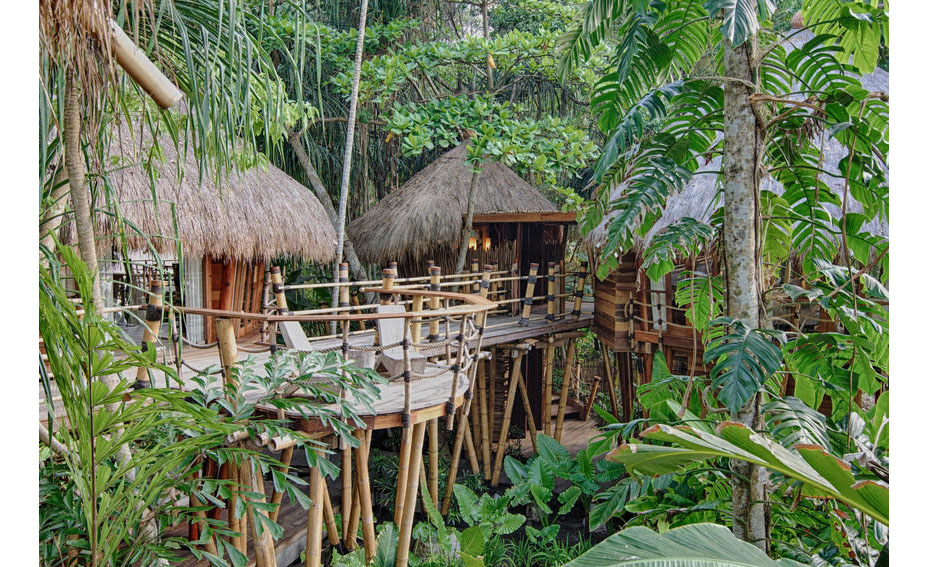 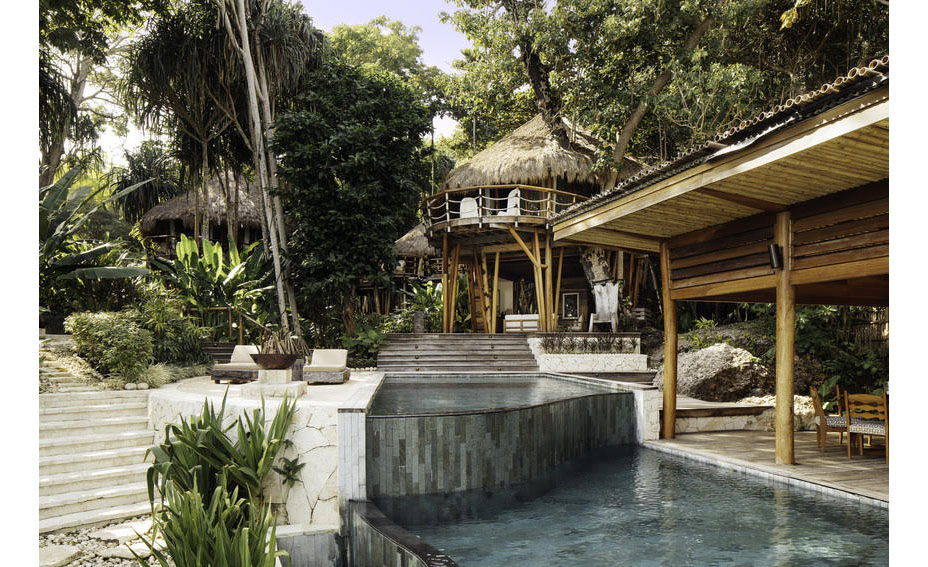 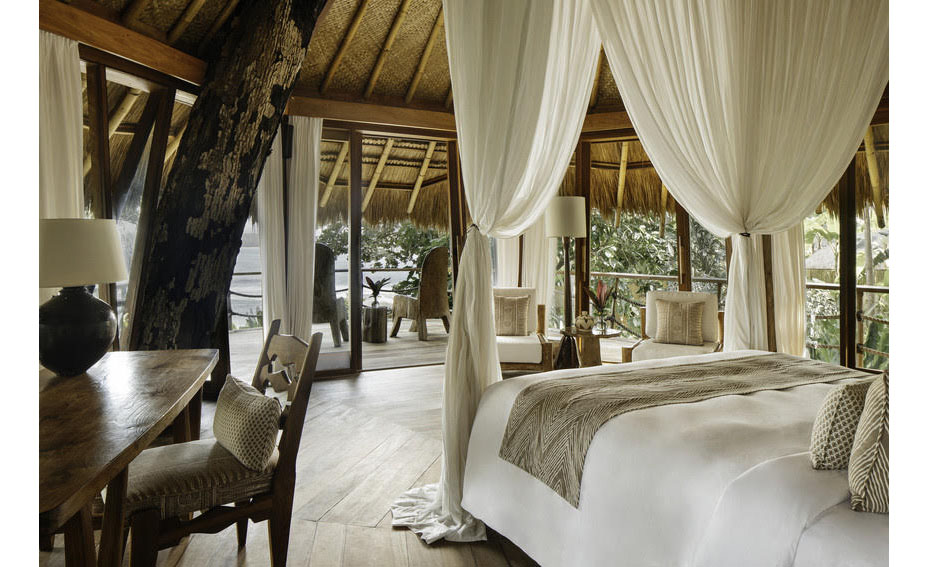 On Bali, communing with wildlife is also an attraction. Victoria Justice recently visited with elephants at the Mason Elephant Park & Lodge and Legend and family at the Bali Safari Park. Legend and Teigen also took a rafting trip and took the babies to Bali Bird Park.

Their home away from home was COMO Shambhala Estate, a wellness retreat—Donna Karan and Annie Lenox have stayed on the property which has its own yoga teacher, Ayurvedic doctor and dietician—that is a sister property to the newly opened COMO Uma Canggu, on the beach of the island’s hip west coast surf town. (Architecturally speaking these new penthouse suites are truly spectacular, with dramatic circular skylight openings above private ocean view rooftop pools.) 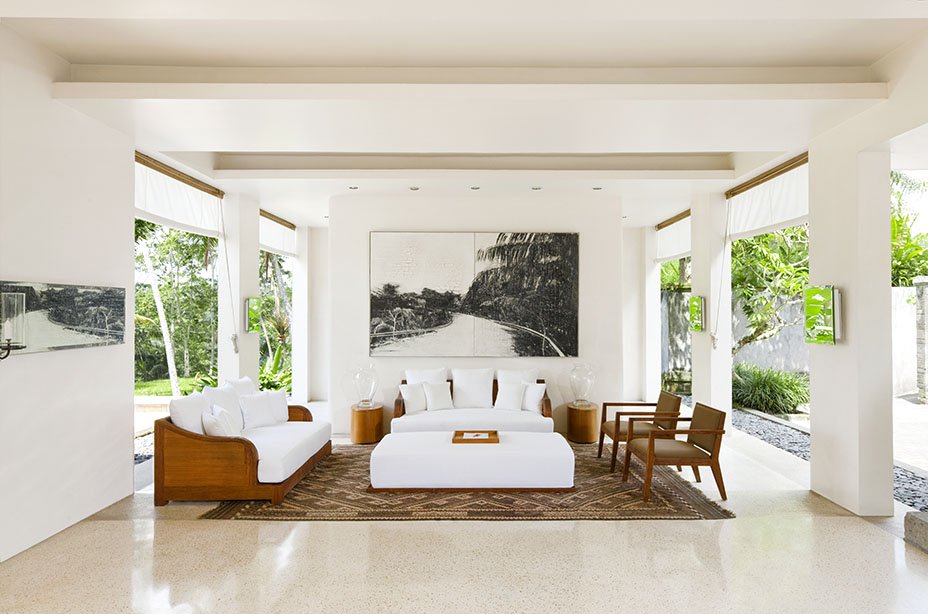 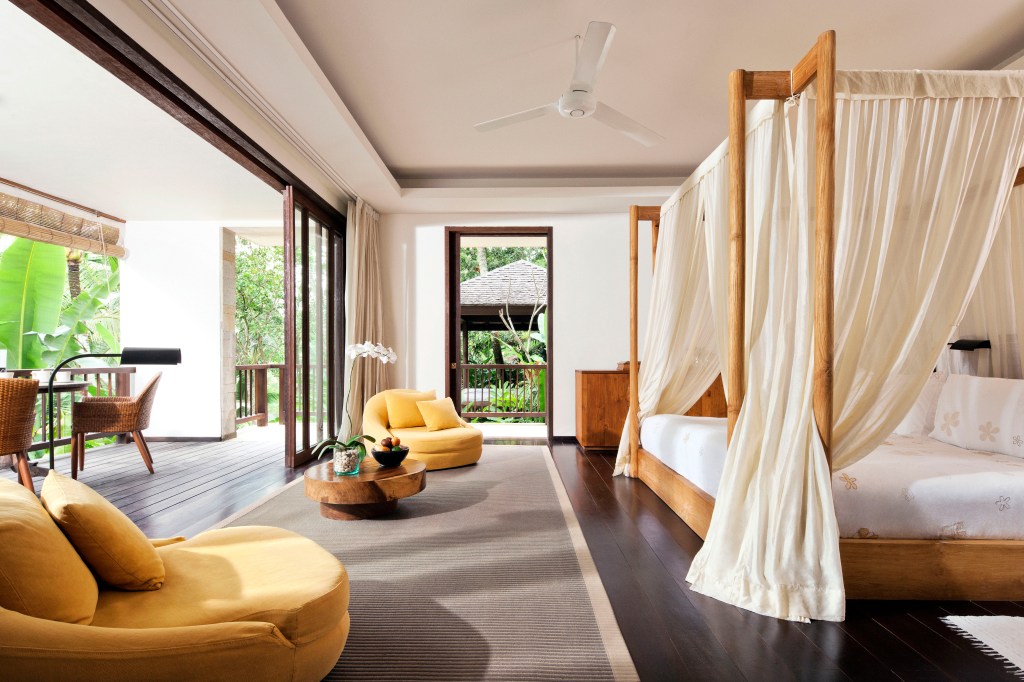 A wilder but over-the-top luxurious option would be Capella Ubud, the five-star tented resort in the jungle designed by legendary architect Bill Bensley that opened just this summer. The hotel takes the concept of glamping to new heights featuring rooms with canopies draped in handmade Balinese fabrics, exotic antiques culled from the island’s shops, and hand-hammered copper bathtubs. There are even actual thrones in the bathroom—topped with faux animal heads.

Before performing in Australia, Pink along with her husband, Carey Hart, and their two kids stopped over in Bali, checking into the opulent The St. Regis Bali Resort in Nusa Dua (also designed by Bensley) for a brief but clearly memorable holiday that ended with a vibrant slideshow captioned, “Thank you to the people and the ocean and the energy of Bali. We love you.”

no idea what animal this is but i love it

Nearby The Mulia hosted Fergie, Liam Payne and Mark Ronson to perform at the annual late-summer Rapture festival.

That same southern peninsula of the island is where Six Senses Uluwatu just debuted (Angelina Jolie, Brad Pitt and their kids have vacationed at Vietnam’s Six Senses in the past). Set atop jagged cliffs that overlook nothing but azure ocean for miles (seriously, the next landmass is Western Australia!), the sustainably-minded resort of wood-clad, Balinese-roofed suites and villas is perfectly positioned to enjoy the area’s world-renowned surf breaks and also famed Uluwatu Temple (Chelsea Handler visited it during her Bali travels), home of a nightly kecak fire dance.

The comprehensive spa has not only farm-to-massage treatments, yoga and meditation, but also offers Integrated Wellness programs designed to help improve diet and sleep—definitely a draw for overworked Hollywood talent. And coming soon to the local luxury lineup: Jumeirah and Mandarin Oriental resorts. Looks like the A-list appeal won’t be dropping off anytime soon. 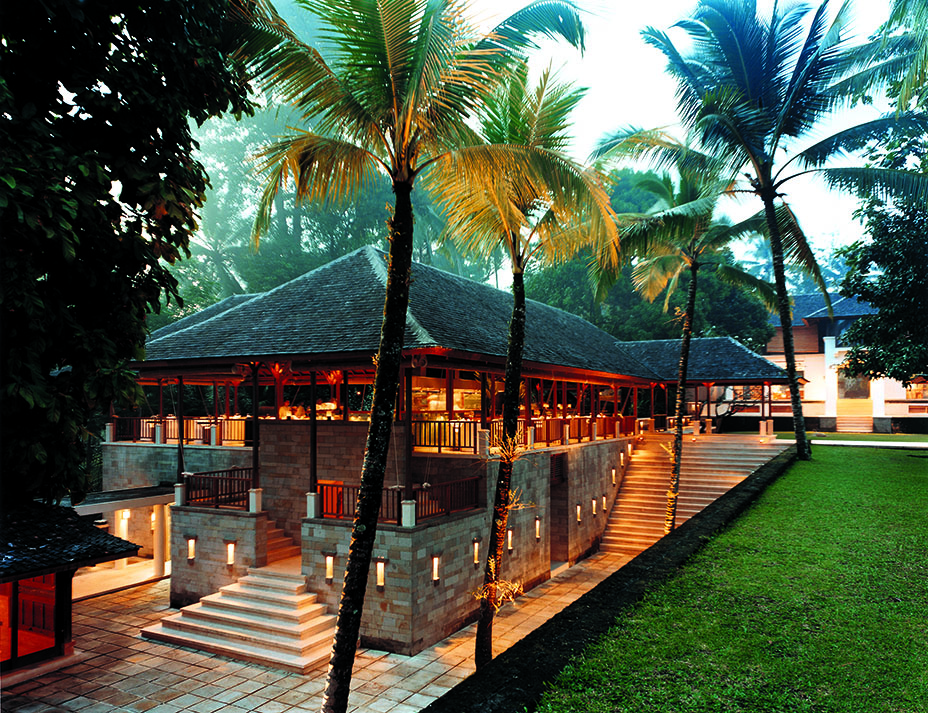