Bar mitzvahs in Hollywood aren’t just parties — they also can be auditions.

Just ask Alden Ehrenreich, who recently snagged the role of Han Solo in the new Star Wars spinoff. The 26-year-old, seen this year in Hail, Caesar!, was discovered at age 14 — by Steven Spielberg, no less — while goofing around in a bat mitzvah video he made for a friend in Los Angeles.

When it comes to Hollywood bat and bar mitzvahs — ceremonies celebrating the 13th year, the age at which Jewish youth can worship as adults — Yifat Oren, founder of Yifat Oren & Associates event planning, may have seen it all: “I try not to act shocked at some of these requests, but I am most certainly amused,” she says. “Live camels? Check. Catering by James Beard Award-winning chef Suzanne Goin? Check. Hiring Academy Award-winning documentarians to produce films about these children’s lives — this is all totally normal, right?” says the event planner who planned the bat mitzvah of the daughter of Activision CEO Bobby Kotick as well as bar mitzvahs for such proud fathers as WME partners Jason Spitz and, separately, Paul Haas, Amazing Race producer Jonathan Littman and film producer Billy Gerber. 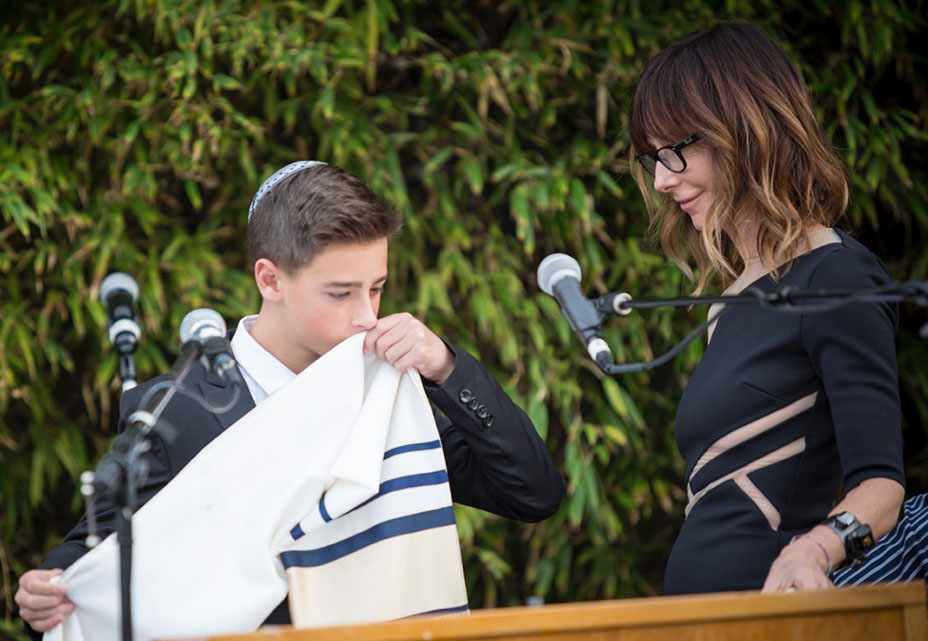 “The most lavish [domestic] bar mitzvahs have been in L.A.,” says Joe Moller, principal of Joe Moller Events. Top-tier planners cite budgets that range between $50,000 and $4 million (more on pricier destination events later), with the average being $300,000. “With the entertainment industry, not only are the checkbooks more capable of meeting desires, the requests and expectations are even greater than the checkbooks,” says Moller, who explains why the bar for L.A. bar mitzvahs is high: “Not only are they trying to outdo one another, but they’re trying to outdo the Grammys and the Emmys, because these are normal things that are on these families’ social calendars.”

For children of the rich and famous, not every bar mitzvah is the same, but people tend to gravitate toward many of the same venues, planners and themes. Mindy Weiss, a celebrity party consultant, is on speed dial for those with a big budget. In February, she handled the bat mitzvah of the daughter of Edward Glazer, co-chairman of the NFL’s Tampa Bay Buccaneers and a member of the board for U.K. soccer team Manchester United. Held at the Beverly Wilshire — a favored L.A. bar mitzvah venue, along with Sony Studios, the CBS Radford lot, the Hollywood Roosevelt, SmogShoppe, Studio 11 and country clubs and estates — the theme was “Alice in Wonderland,” a popular one for young girls. Keyhole entrances emblazoned with the daughter’s initials were built for guests to enter the cocktail area, where a greeter costumed as a caterpillar smoked a hookah. Silk-screened menus on hand-stitched napkins, by Ellen Lehr of Lehr & Black (known for fantastical invitations, including ones with individual iPads embedded into them), accompanied such culinary offerings as beef tenderloin, Chilean sea bass and truffle mashed potatoes arrayed around stacked teapot-and-teacup centerpieces. 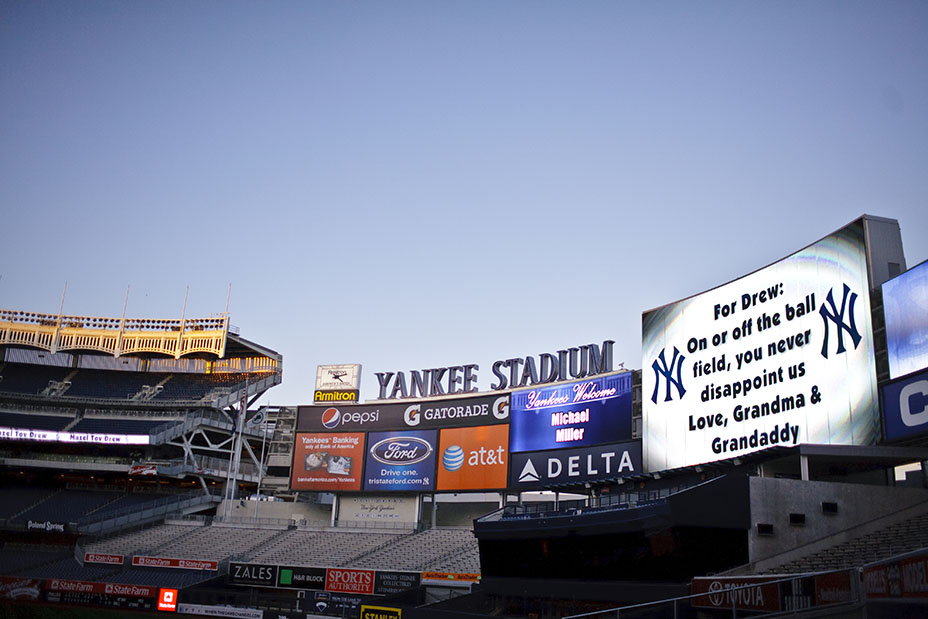 Planning these events starts two to three years in advance — as competition among classmates to land a prime weekend date can be fierce — and gathering the proper squad of people is important. Todd Shotz, a movie and TV and producer, now is the hottest teacher of the Torah in the entertainment industry. The owner of Hebrew Helpers, which he started as a side project in 2005, employs 23 mentors in four cities to help 140 to 180 children prepare for their coming-of-age ceremonies (rates from $3,000; officiant services from $3,700). Game of Thrones executive producer Carolyn Strauss and actress/TV director Melanie Mayron are clients of Shotz’s, among many others.

Jody Gerson, Universal Music Publishing Group chairman and CEO, held the bar mitzvah of her first son, Julian, now 22, in a Westside temple, but her dissatisfaction with the rabbi’s lack of involvement caused her to resign. “It’s a little bit of an elitist thing with these temples, where you only get the main rabbi if you have a connection with him,” she says. For Gerson’s second son, Luke, who had his bar mitzvah in 2015, and now her daughter, Daisy, who will be bat mitzvahed in 2017, they opted to use Shotz instead. “For me to have Todd work one-on-one, it was worth every dime. I’m not paying temple dues to build a building. I’m building a foundation for my child.”

Shotz helped scout locations and hire musicians for entertainment publishing executive Andrew Sugerman, who hosted destination bar/bat mitzvahs for his now 15-year-old son in Jerusalem and for his daughter in Prague. “Todd was the one who helped connect all the dots for both events, making the services tied to the individual child, in locations that were memorable for life,” says Sugerman. The Torah teacher lent a hand in securing the oldest Spanish synagogue “in the heart of Prague, this beautiful, hand-painted, stained-glass jewel-box Craftsman.” Sugerman adds: “Word-of-mouth carries through Los Angeles, where obviously there’s a lot of entertainment and media folks — [the work] very much leans in to the dramatic arts of it.”

For the past eight years, destination bar and bat mitzvahs have been a fast-growing trend, says Ovation Celebrations president Jack Ezon, with a typical spend ranging from $500,000 to $5 million and averaging $1 million. Ezon says the bulk of his clients are “CEOs, executives, techies and a significant celebrity base,” half residing in L.A. and half in New York. “At a certain social caliber, you’re invited to so many parties, nobody really wants to go [to a bar mitzvah]. They do a cameo and leave. So you can spend $1.5 million for five hours or a little more and get four days. Nobody’s going to forget that trip on the Sea Dream Cruise Line,” he says, citing a recent high-profile bar mitzvah on the chartered yacht. “Every island, we went to remote ports and had beach clubs set up — we had bars, lounges, DJs and bathrooms barged in,” he says. Ezon also has planned a $5 million dual-location destination bar mitzvah that began in Israel before guests were flown on a chartered, custom safari-decorated 747 to Tanzania. The final leg of the journey featured a fleet of small planes landing in the Serengeti, where guests were greeted by 100 Maasai tribe members.

Hollywood Flashback: Why 'Election's' Tracy Flick Would Be a Donald Trump Supporter Today

Of course, when it comes to booking entertainment, Hollywood players have an upper hand. Ryan Schinman, founder of RBS Celebrity Bookings, says most industry parents “have connections or an agent roster and can get it done for free. This is the chip they’re calling in after 15 years, for their child’s bar mitzvah or Sweet 16. Usually the artist isn’t going to charge for it because they’ve become so close to the family. Same thing with a celebrity, but sometimes it’s hard for someone to ask their clients.”

In May, Mariah Carey’s manager Stella Bulochnikov called in that favor for her daughter, Mishka. She reportedly had her client perform free of charge at “Mishka B’s Epic Bat Mishka” at 1 OAK L.A., where there was a 500-pound cake. Mishka also received a Bentley golf cart as a gift.

But what to do if the child wants someone the executive or manager isn’t close to? Prepare to spend. “If the number gets past $1 million, it’s generally spent on talent,” says a planner based primarily in L.A. and New York. In the instance of Jeff Zucker, the CNN president reportedly was dead-set on snagging Kanye West for his son’s bar mitzvah in 2011 until he learned of the performer’s $1 million performance fee. The celebration — which cost $250,000 and was held at the Four Seasons, included such guests as Katie Couric and gifted attendees with custom Converses — featured a performance by Drake instead.

Schinman, who has booked everyone from Ariana Grande to Pitbull to Rod Stewart, recalls “a video montage for someone in the industry, where we had Nelly, Kim Kardashian, Donald Trump, Sharon Stone, Goldie Hawn and a number of others, and it didn’t cost them anything because you just call in favors.” When the entertainment isn’t free, Schinman has said that talent can be 25 percent of the cost, so, for example, $500,000 of a $2 million bar mitzvah.

Brett Galley, the owner of Hollywood Pop, a party planner for luxury events, says some musicians “don’t really like to be in that category [of bar mitzvahs], so they don’t like for us to say, but there’s almost no one we haven’t booked,” including Bon Jovi for a bar mitzvah in New York and Justin Bieber several times over. “If the family has the means, why not pull out all the stops?” Performers like Drake, Nicki Minaj and Fetty Wap are popular. “Little Jewish kids love hip-hop,” laughs Marcy Blum, president of Marcy Blum Associates. But like the majority of those handling these events, she has to stay mum about her client list: “The reason we sign these NDAs is because people don’t want to seem as if they’re doing something inappropriate for their kids.”

All the money in the world can’t necessarily buy a good guest list. For the well-connected, this part’s easy: Celebrity clients make the list, as do “friends, family and camp friends, [and] working friends should be invited if they know the guest of honor,” says Galley. “Most people invite their boss, colleagues, co-founders of agencies and people from their temple, even if they aren’t that close,” says another organizer, adding that the inclusiveness is “usually just to show off, to say, ‘My kid’s bar mitzvah is better than your kid’s bar mitzvah.’ ”

The more guests, the more gifts. “The giving of cash in multiples of 18 is a fairly recent tradition,” says Moller. The number 18 stems from the Hebrew words for each digit, 8 (chet) and 10 (yud), that when combined becomes the word for life (chai). “You give according to your relationship with the host. Close family friends give a little more. Office colleagues can get away with less since you aren’t as close,” says Moller. “However, if your boss is inviting you, as they say, you can never give too much.” An average amount, according to Blum, is $144 or $180. And it’s not just cash anymore. Many children are setting up charities in their name, and for those who want to do something even less traditional — which Moller is seeing more often — “you cannot go wrong with the latest technology or a pair of Yeezys.”

When it comes to themes, planners say personalization is hot, with the child’s name incorporated into the event: Alicia in Wonderland, Aaron and the Chocolate Factory, iTaylor’s bat mitzvah (think all-white decor and stations to make iPhone cases). Marcy Blum, owner of Marcy Blum Associates, has been seeing a lot of movie and tech themes, from James (or Jessica) Bond to Star Wars.

Callahan Catering, which made its name with mini sliders and other shrunk-down comfort foods, can dream up miniature versions of anything (average budget for 300 guests is $150,000). It also has been known, says owner Peter Callahan, to feature “stilt walkers with cotton candy sticks in pants pockets; doughnut walls, which I patented; and drink carts with fireball drinks ablaze in sparklers.” While not all bar and bat mitzvahs are kosher, Callahan also has a separate division that’s kosher under rabbinical supervision.